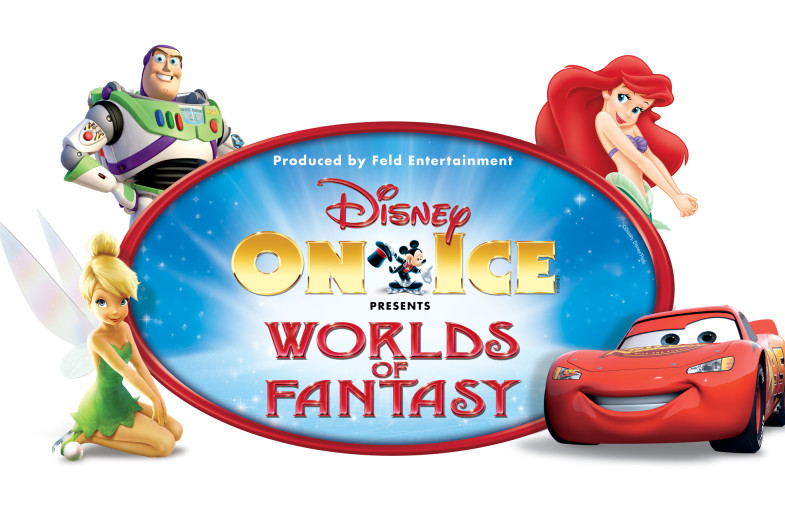 Here in Ontario, today we’re celebrating Family Day! And what better way to celebrate than to tell you about the latest family Disney show! Disney on Ice is coming to your town, and it’s a show you don’t want to miss! After taking Lyric to see Disney Live, I knew I HAD to take him to this! Rev up for non-stop fun with four of your favourite Disney stories when Disney On Ice presents Worlds of Fantasy! 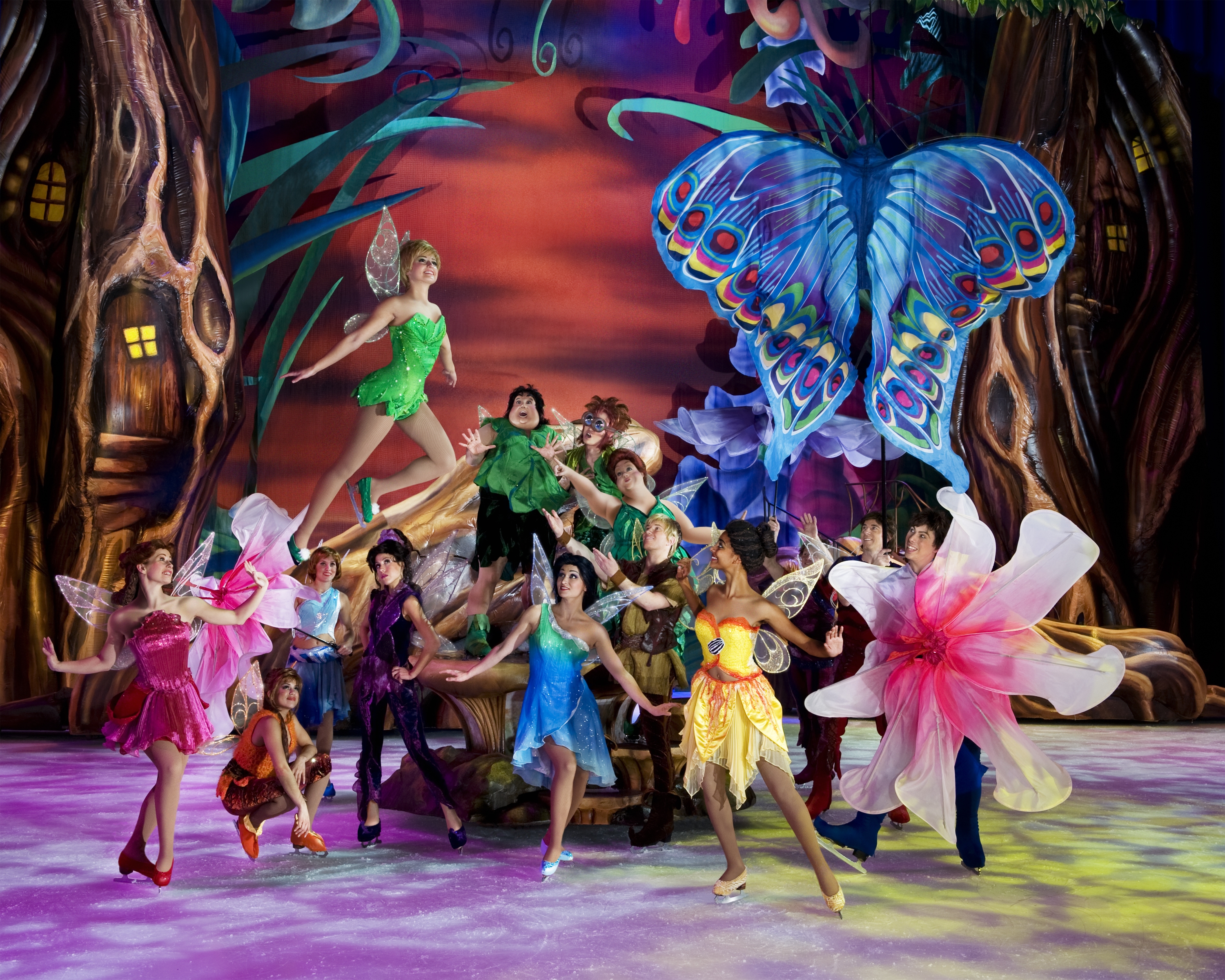 The on-ice excitement begins when an adventurous Mickey Mouse embarks on a journey with Minnie Mouse to uncover each world of fantasy, but the plan goes awry when their cherry red roadster unexpectedly breaks down. Although Donald Duck and Goofy try, it takes the assistance of the coolest cars on the ice to get the pistons firing again. Direct from Radiator Springs, Mater, Lightning McQueen and Sally speed into action, zipping and zooming around the frozen highway in an effort to re-energize the roadster.

As Mickey and Minnie’s road trip continues, the whimsical scenery transforms the arena into an environment that captures the essence of each unique world to follow. Fluorescent coral and clam shell drums embody Ariel’s world in The Little Mermaid and audiences enter the colourful fantasy land of fairies for the Tinker Bell segment.

The toys are back in town during the second act of Worlds of Fantasy, which brings together all the fun, humour and warmth of the beloved Disney/Pixar film Toy Story 3. Woody, Jessie, Buzz Lightyear and the rest of the familiar gang hit the ice for the ultimate Toy Story experience. 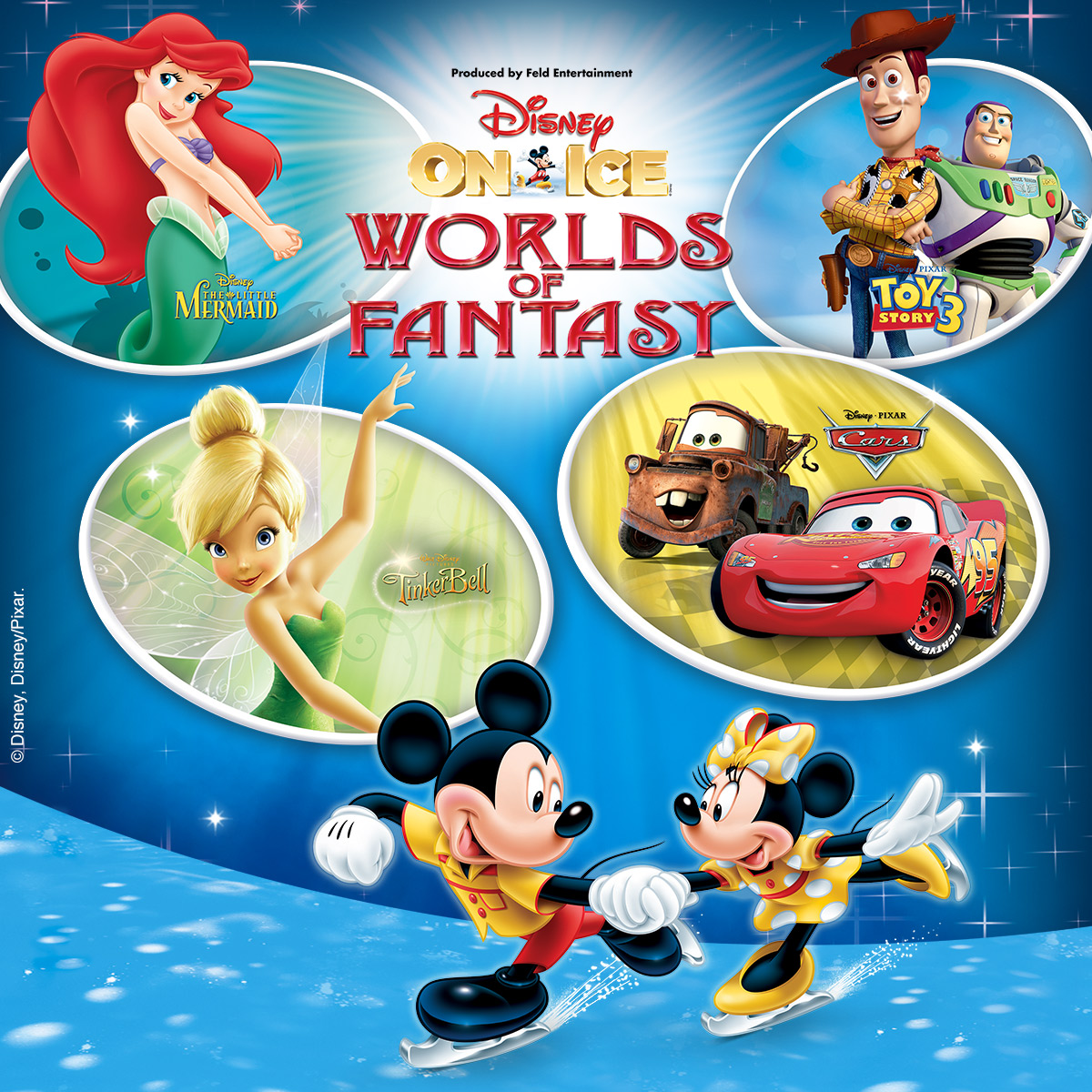 Now, how nice would I be if all I did was tell you about how awesome the show is? Not as nice as if I were to give away a family 4 pack of tickets to opening night in Ottawa, and that’s just what I’m doing!! For your chance to win, simply follow the instructions!!

** One (1) tweet per Twitter account will count as entry. Tweet must comply with above format to be entered to win.  Winners must be following both twitter accounts as listed in Step # 1. Contest odds depend on how many valid entries are received. Contest runs until Saturday Friday February 20th 2015 at 5:00pm EST. ONE winner will be chosen at random and announced via @AmandaHayden’s Twitter account on Friday February 20th 2015 after 5:00pm EST. Prize cannot be redeemed for cash value. Contest winner will be contacted via Twitter and subsequently emailed for personal details to have prize sent to them. Contest open to Canadian residents only.**

From wheels to waves, playtime to pixie dust, your family’s favourite Disney moments come to life at Disney On Ice presents Worlds of Fantasy with dazzling skating, special effects and beloved characters certain to create a lifetime of memories. Be sure to check out Disney on Ice online for dates near you!

Tickets for Disney On Ice presents Worlds of Fantasy can be purchased by visiting www.CapitalTickets.ca, by phone at 613-599-FANS (3267) or 1-877-788-FANS (3267); in person at each of the 10 participating Canadian Tire stores in Ottawa as well as the store in Perth, The Sens Store at Carlingwood Mall and Place d’Orléans, any Ottawa Sports Experts location, Les Galeries de Hull, Ottawa Festivals and at the Canadian Tire Centre box office. Tickets are $72 (rinkside seats), $52, $32, $23 and $15 for all shows. All tickets for opening night (excluding rinkside and VIP seats) are only $15. Prices include all taxes but exclude CRF and convenience charges. For group ticket information, please call 613-599-0210 or e-mail groupsales@canadiantirecentre.com.