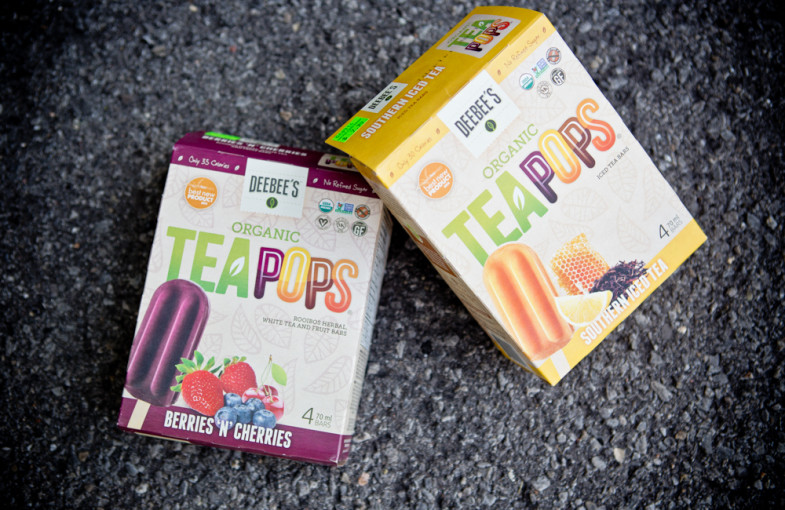 When I was 15 I had an incredible opportunity to perform (dance) in China during their International Children’s Festival. I was able to meet kids from all over the world, and I distinctly remember having a lot of talks with some sweet Australian girls about what they have/don’t have/names for treats. Oh, and making them say “Fosters, Australian for beer” over and over again! haha! I’m not sure why it’s stuck with me, but every time I think of a popsicle, I think “icy pole”, I suppose it’s quite literal! 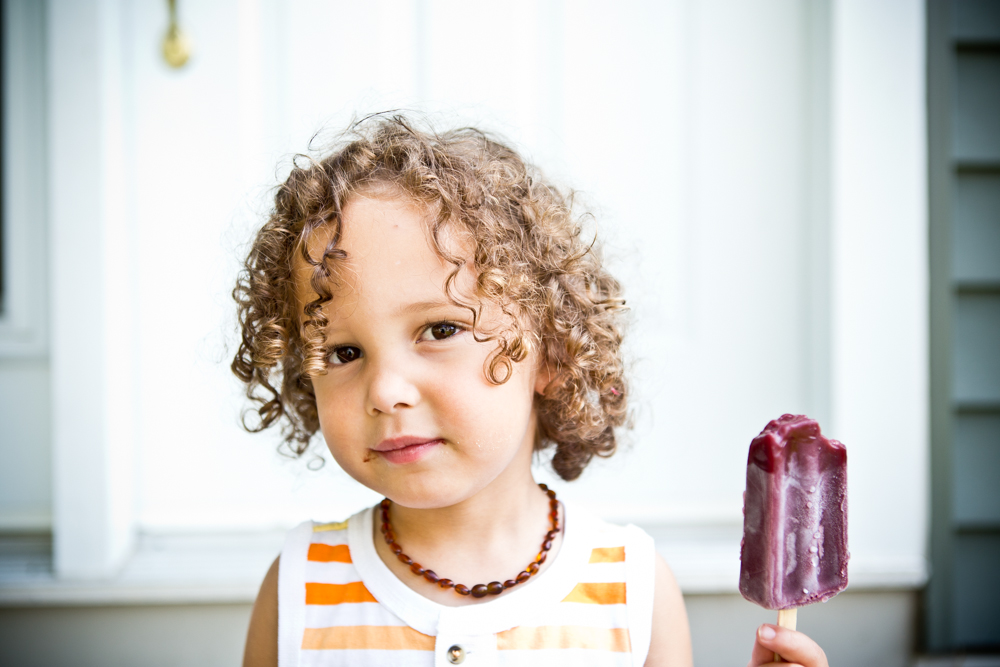 Many of us think of popsicles, especially for kids, as frozen sugar. Luckily, it doesn’t have to be that way! DeeBee’s Organics has come out with a perfect solution to cool you down this summer! Introducing the Teapop! “The idea for a ‘TeaPop’ was born when Dionne was with her two sons deciding what to have for a treat. Her youngest son, who does not eat sugar but loves different teas and herbal teas, said “let’s make tea” while her eldest son, who felt like a frozen treat, said “let’s make teasicles”.” (DeeBee’s) How CUTE is that?! Teapops are the first certified Non-GMO, organic, kosher, vegan, tea-based treats that are gluten, dairy, nut, and soy free. They come in a 5 different flavours: Berries ‘N’ Cherries, Southern Iced Tea, Tropical Mango, Minty Mint and Toasted Coconut. Something for everyone!

I made sure to take Lyric with me to the store to help pick our flavours! We tried both the Southern Iced Tea and the Berries ‘N’ Cherries. They were perfect for the hot day. All flavours are under 50 calories and are BIG! While Lyric wasn’t that fond of the Southern Iced Tea flavour, I loved it! He did devour the Berries ‘N’ Cherries though, and has since finished off the box! I’m looking forward to trying some of their other flavours as well. Actually… how would YOU like to try a box of Teapops, for FREE? It’s as easy as a 1, 2, 3!

“I need to cool down with a #Teapop from @DeeBeesOrganics thanks to @amandahayden! http://goo.gl/TWg9p8 #DoTheDaniel”

3. Think of which flavour you’ll choose when you win! 😉

** One (1) tweet per Twitter account will count as entry. Tweet must comply with above format to be entered to win.  Winner must be following all three twitter accounts as listed in Step # 1. Contest odds depend on how many valid entries are received. Contest runs until Wednesday, August 20 at 12:00pm EST. Winner will be chosen at random and announced via @amandahayden’s Twitter account. Prize cannot be redeemed for cash value. Contest winner will be contacted via Twitter and subsequently emailed for personal details to have prize pack sent to them. Contest open to Canadian residents only. **