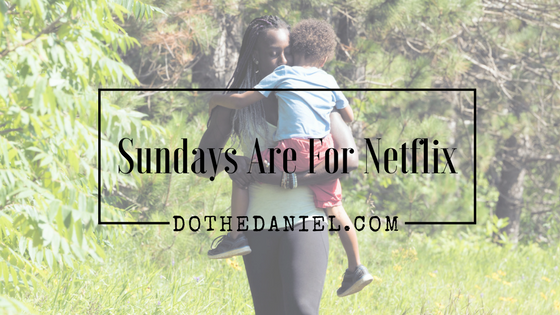 In my house, we’ve begun a ritual to make sure that the time we spend together, especially on Sundays, is more about cuddles than errands. We are a family that is constantly on the go, and continuously active. It’s really easy to lose sight of family time when you work different classes throughout the day, and sometimes the week’s activities bleed into the weekend.

While Saturdays have always been our family’s choice day to venture around and get stuff done (as well as enjoy activities such as walking, sledding, biking, and participating in any of the events around the area), Sundays are the time for Lincoln and I to cuddle, and catch up on some of our favourite Netflix series! What’s amazing is that rather than delving into cable TV and winding up watching the same shows on repeat, we can peruse the kids section (which Lincoln now knows as his Netflix account), and pick something to watch.

We make popcorn. As many of us have food apps on our phones, we also look into finding food delivery near me, so we can order fast food for the family to enjoy. Grab a blanket and add more snacks as needed. Sometimes it takes us a few weeks to finish a series, which is such a great value! Netflix has come out with an impressive range of shows that allow parents to get immersed in the stories with their kids. These shows have plots that you’ll actually want to follow. If you watch them together, every time your little one wants to discuss something from an episode, you’ll be on the same page!

Lincoln and I had a sincere discussion, and here are our top ten Netflix Kids shows that we think parents will dig too!

10. The Adventures of Puss in Boots 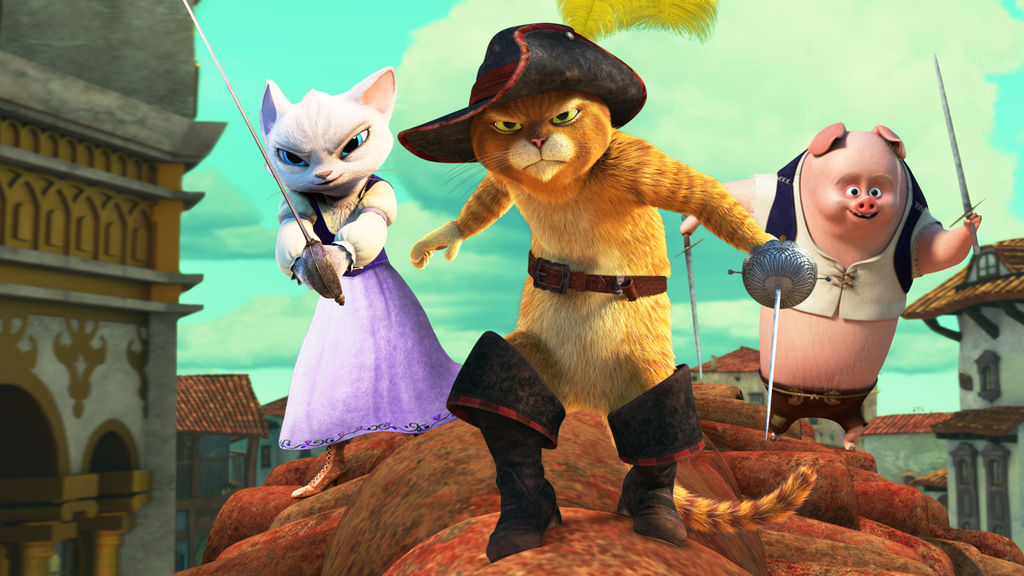 Shrek was a big hit when it first came out, and one of the characters that made it so amazing was Puss in Boots. Look at those beautiful big teary eyes that just make you want to give him everything you own! Now he has his own show, and he’s on a quest in the village he grew up in, exploring and saving the village from bad guys.

What I dig about this series is that each episode has a really great lesson that kids can point out, understand, and apply to their lives. For parents, some of the jokes are super relatable, and Eric Bauza (a Toronto voice actor), has really developed Puss into a whole persona, rather than just being a crusader in an amazing hat. 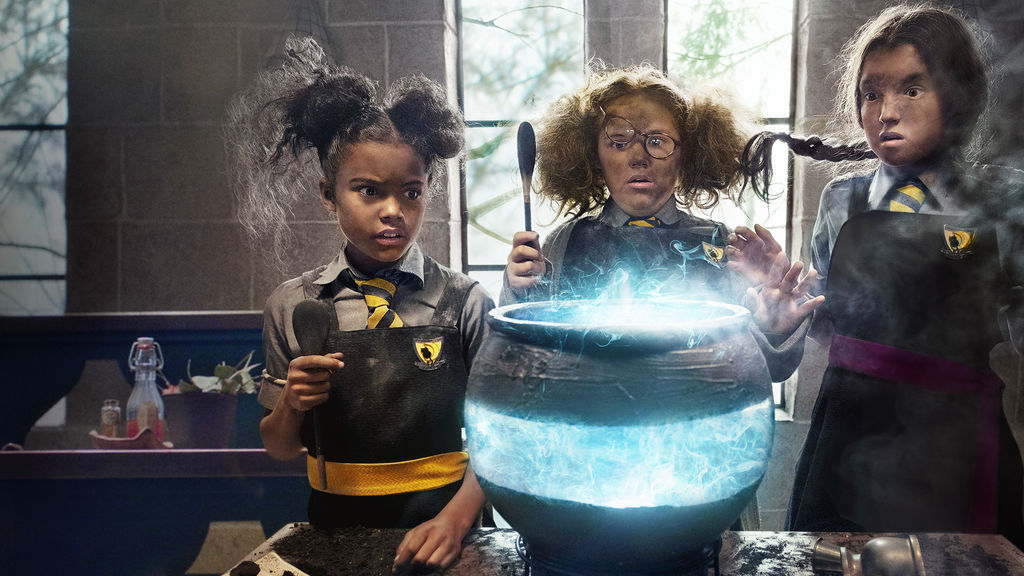 It’s like Harry Potter, but more girls!!!! The Worst Witch has had several adaptations since the 1980s, and Netflix (with the help of BBC), takes this adaptation to new heights. Mildred Hubble has always been a champion for any kid who isn’t sure of where they fit in the grand scheme of things, and realizes that their differences are what help them all connect together. Each episode takes you on an adventure where something always goes wrong (spells, more often than not), and the characters in the story begin to learn about each other. Kids can relate really well to The Worst Witch in many ways. I find every time Lincoln and I take an episode in, he will recall a day at school when something similar went wrong, and then tell me about the steps he took with his friends to solve the problem. It’s all about learning tolerance, teamwork, and trust! 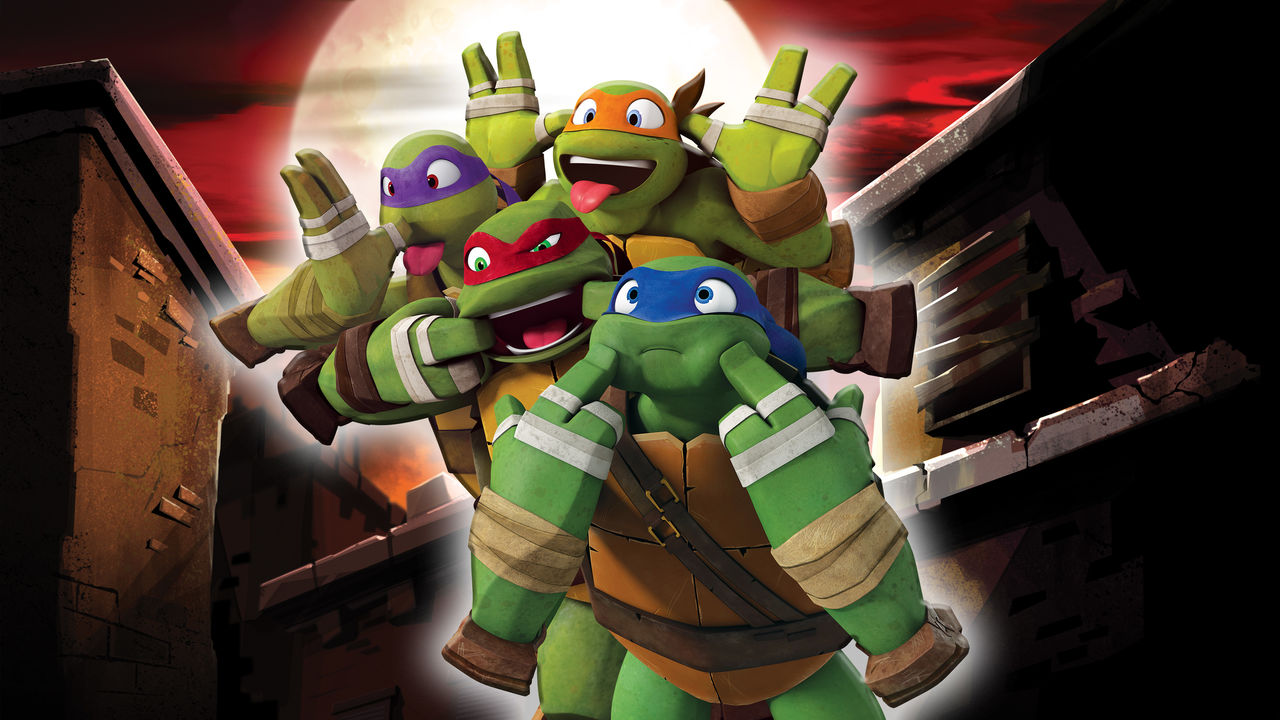 You can’t deny that this band of brothers have a way of making you laugh, especially Mikey! This twist on the TMNT group takes them into the future, with more complex villains and high-tech hardware. What draws parents to this cartoon is the 3D effects, the witty banter and the energetic plot. While Lincoln gets a bit lost in the more involved scenes, the adventure is worth it! 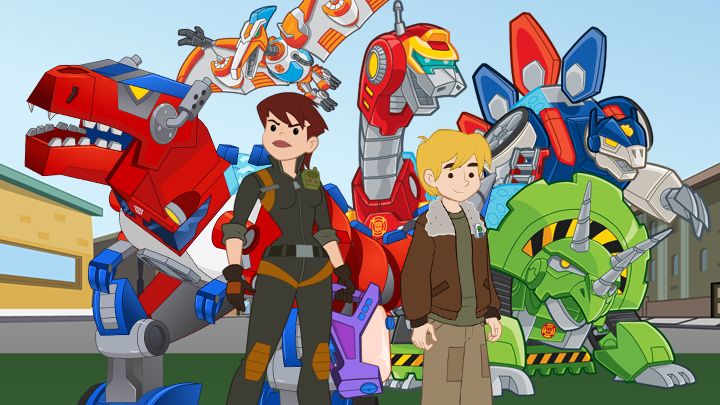 We absolutely love Transformers. This series takes on a new look from previous versions, and the theme song is extremely catchy! A family of first responders stumble upon these Transformers, and take them in as their own. They begin to work together to take care of the island they live on, that is solely populated by inventors. It seems there is always something that goes awry, and these bots learn about each other, about themselves, and about how humans care for one another. This series teaches kids about problem solving, working together, and that you can always overcome your fears no matter what they may be. Best yet, if you are a history or science buff parent, you can appreciate the references, and use them as teaching opportunities. 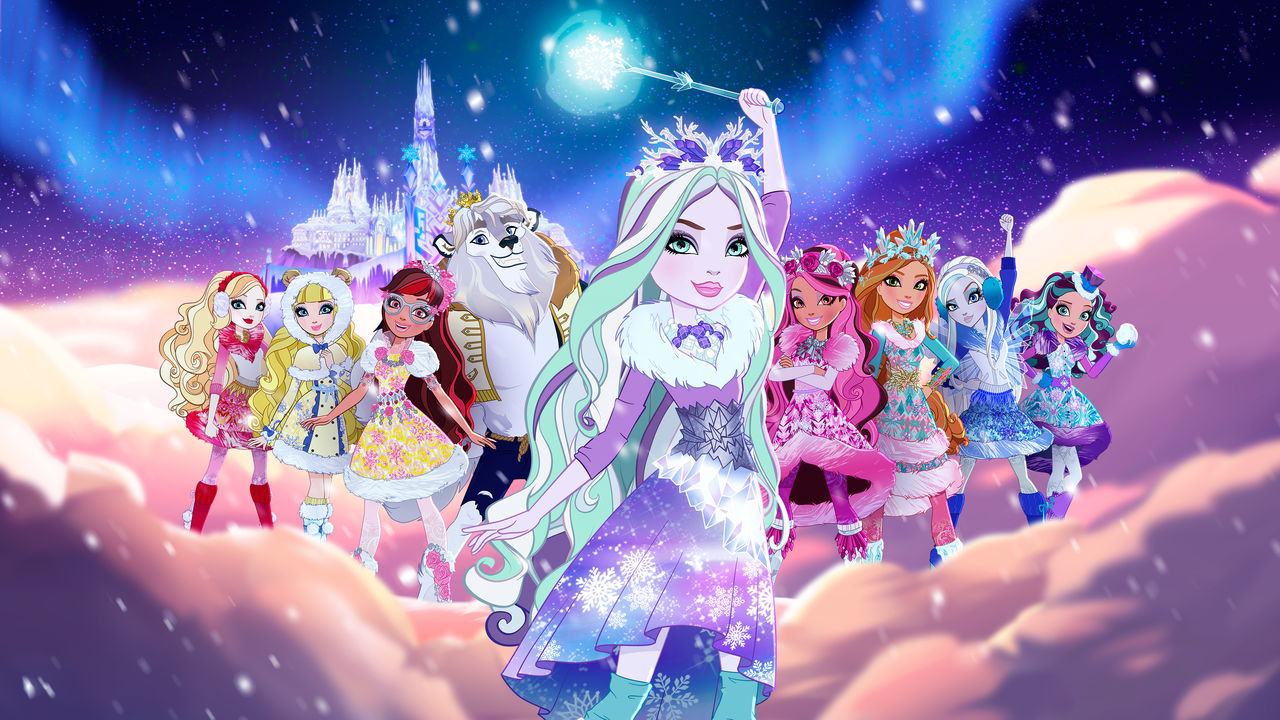 I love the shift in focus to the kids of well-known fairy tale characters! Dexter Charming, Cedar Wood, and Apple White? Just some of the amazing names to give you an idea of who these characters are, and why they are trying so hard to either follow their fairy tale family business, or choose to create a story of their own. For parents, this provides a great way to talk about making choices with your awesome kid. Each character gets faced with a dilemma that could alter the course of their story line. Along with children of heroes, there are also the children of villains, and that’s why I can’t tear my eyes away! I consider the choices I found hard to face when I was younger, and it’s fun to watch this group of cartoon adolescents struggle to do the same, but surrounded by magic!

5. Dragons: Race to the Edge 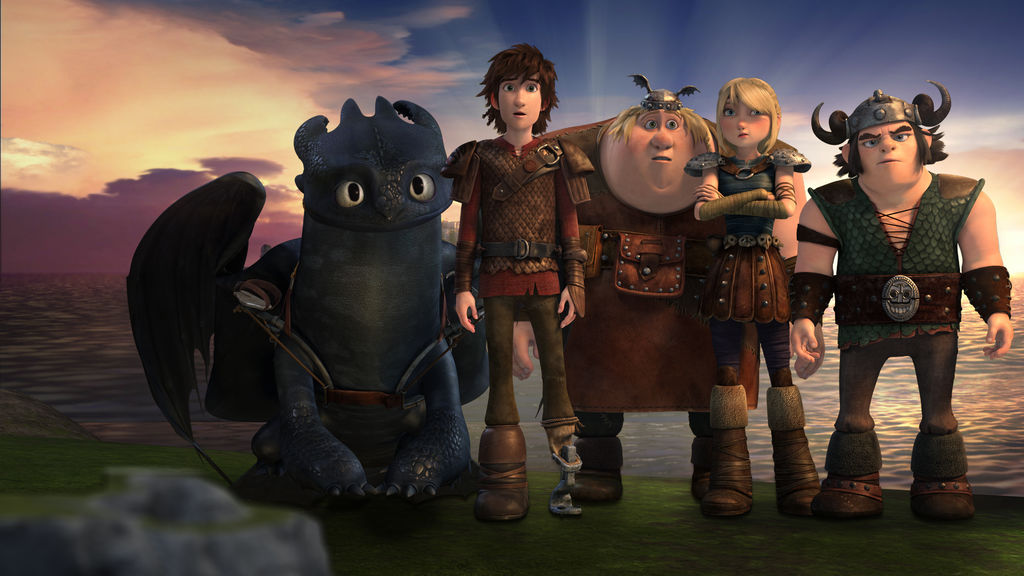 Dragons, need I say more? After following Hiccup’s adventures in How to Train Your Dragon, I was sold on seeing this series. The children use their wits, resources, and teamwork to learn more about their world and the dragons in it. My reasoning for why parents might enjoy this series? This is another spin on man’s best friend or kid’s best friend; it shows the responsibilities of taking care of someone. I may or may not have used this show to teach Lincoln about responsibilities. He’s helped with cleaning, and has kept me company during some chores. He even now helps to provide our dog, Oscar, with food and water, and his bond with Oscar has definitely grown! As for the appeal for the kids, well, there are dragons!! 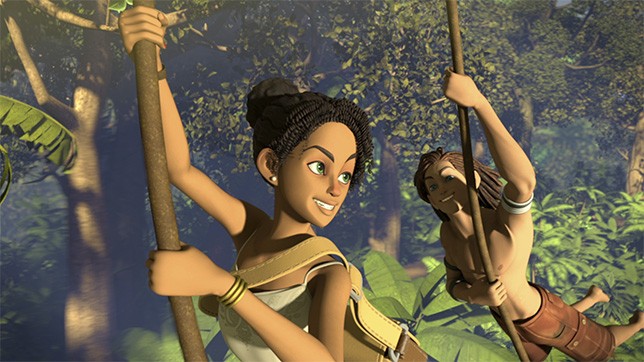 Talk about a twist! Tarzan now has supernatural powers, and he makes his way to the city where he tries his hardest to protect his family and friends. I love that kids can easily point out different animal sounds, and each episode has a teachable element, for example: how to protect animals and protect our environment. While I miss Captain Planet and all the information it had to offer, seeing Tarzan protect all people opens up some great discussions about pollution and how to treat beings on the planet! This is one series that can be played over and over in my house, because Jane looks like me, and Lincoln loves that he can relate to it. Watching this series with your kids might inspire more outdoor play and imagination as well!

3. Stretch Armstrong and the Flex Fighters 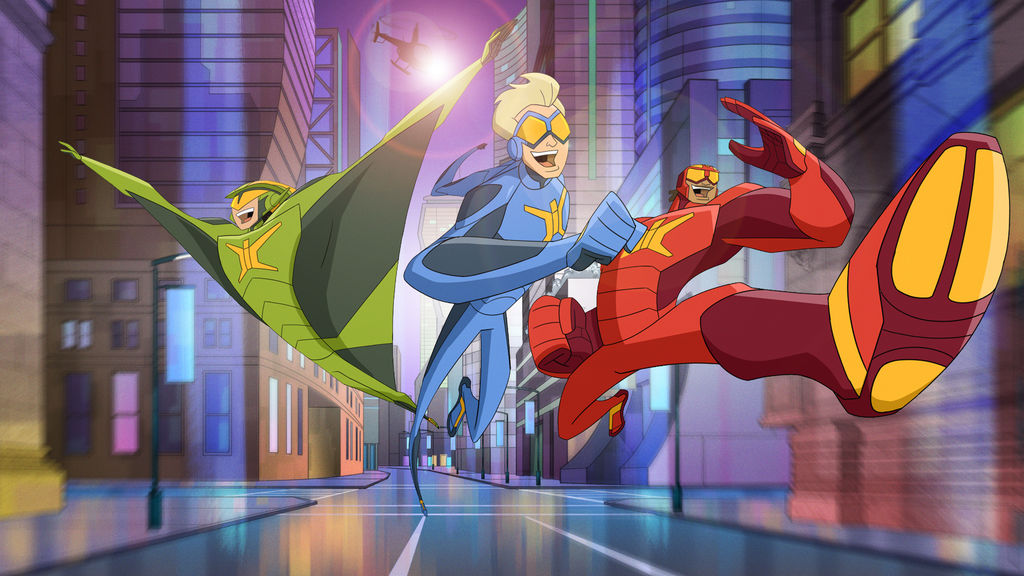 This may take some parents, or even grandparents, back to when the Stretch Armstrong dolls were just coming out. With this reboot, it’s a classic ‘save the world’ scenario that involves stretchy limbs. This is an all-out family fun series that shows one boy’s struggle to lead a team, when everyone is going in different directions. Parents: The mystery is what keeps you coming back to this series. You keep wondering who the real villain is, and learn so much more about each character as the story unfolds. 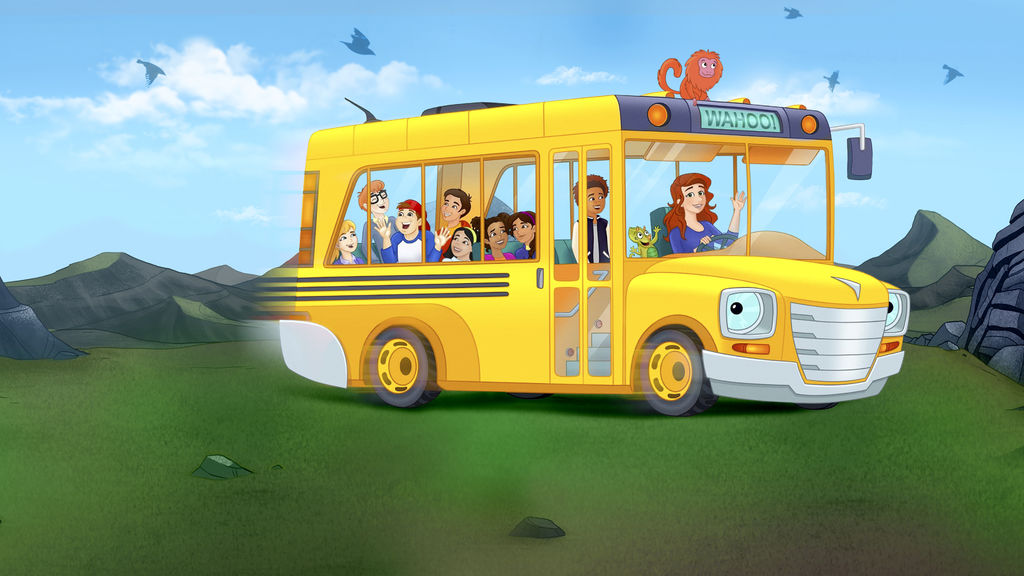 You might get baked into a pie on the Magic School Bus! Honestly how great is that? Ms. Frizzle passes the Magic School Bus over to her sister Fiona Frizzle, who takes over in taking the students on different adventures. My son has learned so much from these episodes, it’s unbelievable.

SCIENCE!!!!! Teaching a 5 year old about biology, physics, chemistry, astronomy (and even ecology!) is truly fascinating and this show brings up great questions by using science to solve every day school dilemmas and to bust science myths. Parents: Obviously the connection to Scholastic is huge. I still get Scholastic catalogues with Lincoln in school, and it’s a nice rewind to sitting down in the kitchen circling every book I wanted when I was a kid. Netflix did a great job with this sequel by keeping it true to the focus and feeling of the original, and creating twists and turns that provide children with fun and facts. 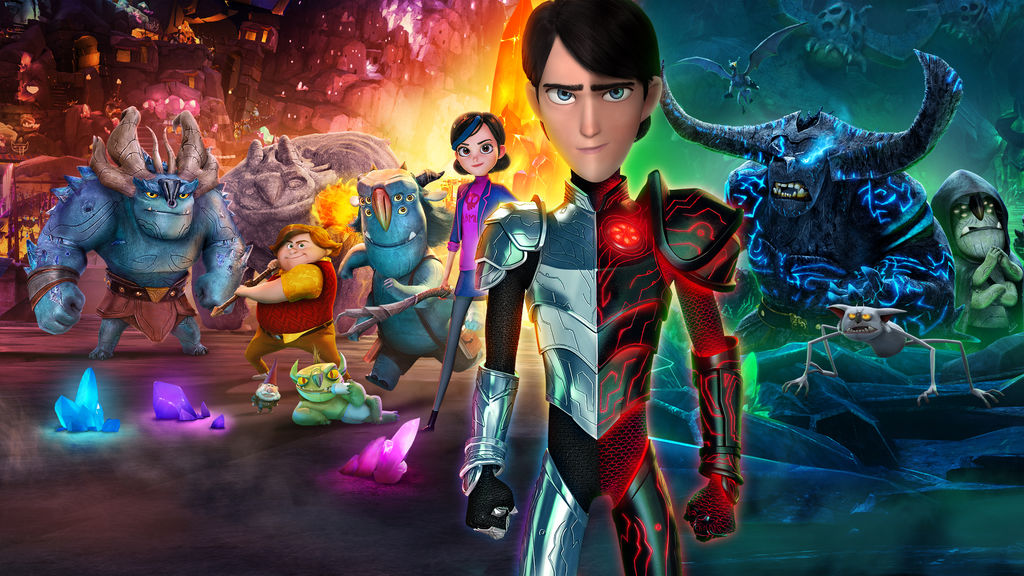 I LOVE GUILLERMO DEL TORO!!!!! He said it best during his 2018 Golden Globe speech for Best Director of Shape of Water: “Since childhood I have been faithful to monsters and have been saved and absolved by them, because monsters I believe are patron saints of our blissful imperfections.” Trollhunters guides kids into a world where different communities of monsters work together to keep their world safe. The plot follows a human boy, who is chosen to protect these trolls. While they don’t accept him at first, they begin to realize that the worlds can co-exist peacefully.

I felt so bad when Lincoln went to sleep, and I binged on this series. As soon as I saw the second season come out, I stayed up until the early hours of the night (during the holidays), and watched it all! It worked out fine because watching it a second time allowed to me to see some hidden messages that I had missed the first time through.

The animation, the jokes, and the way they have thought of every possible problem that can happen are all great.  Each character comes into their own as a hero, and they work together despite their differences. The main character, Jim Lake Jr. (voiced by the late Anton Yelchin), builds his courage over the course of the episodes as he fully jumps into his role. Blinky (voiced by Kelsey Grammer), does an amazing job of being a mentor throughout the adventure. This series is definitely number one, as I couldn’t peel my eyes off the screen, and barely wanted to leave the couch. Lincoln has not stopped asking for it on our Sunday list since it was released, and we take in an episode at a time. 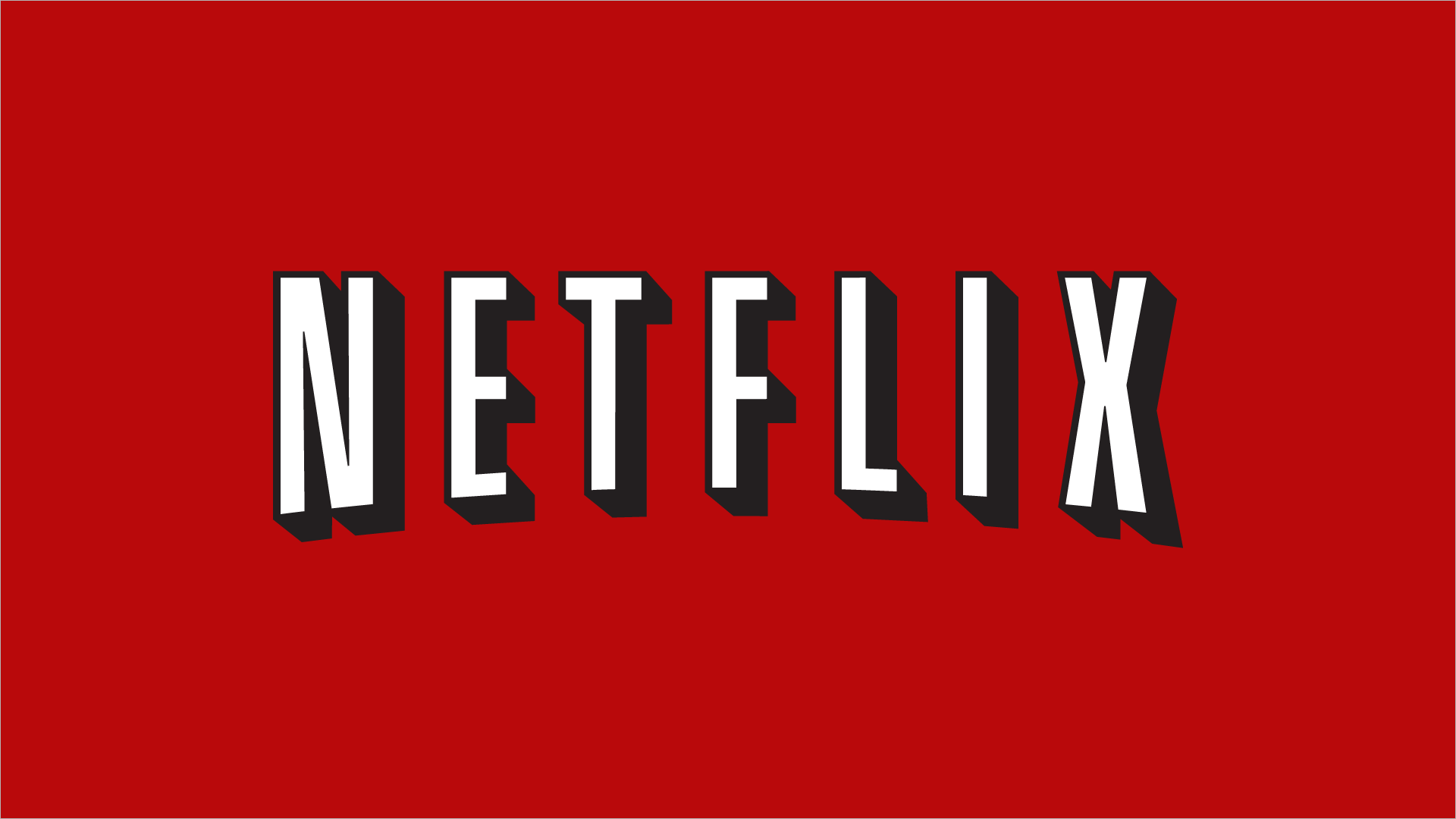 Get your favourite comfy wear and settle into any of these series with the family, or just yourself! It’s great to see how far Netflix has come, in terms of their own series creations. Although some shows already have a previous series to fall back on, the stories have changed and are geared towards today’s kids, while still allowing parents to relate as well. I don’t know about you, but we can’t wait until our next Sunday Netflix and chill day to dig deeper into what this amazing streaming service has to offer!

Join me on my wild journey through Instagram with #DoTheDaniel, and see how I try to handle life in the Ottawa Valley, running a business, being an amazing partner and being a yogi while raising this amazing child that has given me a new sense of purpose (and a few grey hairs!).

From the big comfy couch,