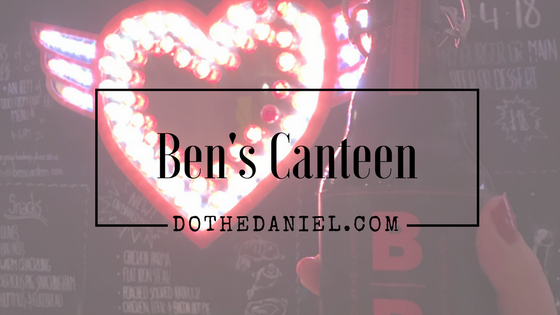 I have long loved Ben’s Canteen. When I lived in Battersea, we would often head up St John’s Hill for a hungover brunch and with many of my friends working there in the past, we would also enjoy a Waitangi Day pie and beer combo as well. So when I was offered the chance to check out their Christmas offering, I jumped at it. If you were lucky enough to follow along with our Insta stories, you will know that we had a great night here. But if you missed out, here is what happened!

So on a typical Wednesday night, Amelia and I headed out to have some Christmas cheer, I know it’s November, but I love Christmas and it’s never too early. Ben’s gave us a warm welcome, starting the bottomless Prosecco when we arrived. We were both delighted to toast Australia’s yes vote, and so the night of celebrations began. 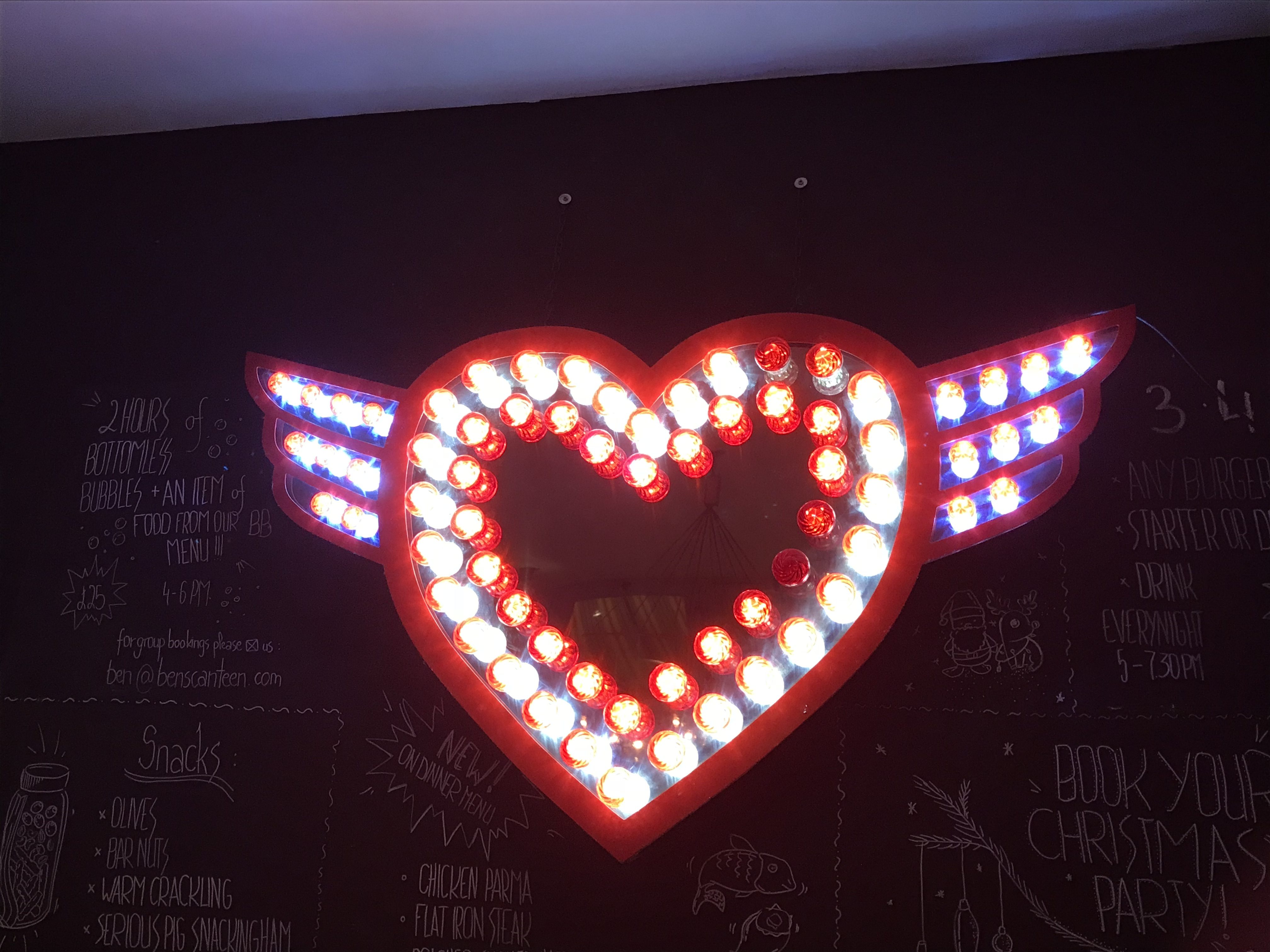 Ben’s has a slightly rustic/hipster feel to it. The restaurant was full, but still felt cozy and inviting. The heart shaped light on the wall is highly Instragramable, as is the delish food. The first course consisted of Karma Cola Ham Croquettes. These are amazing. The cheese was just the right amount of melty, with the Karma Cola Ham adding some great texture and taste.

And then the pièce de resistance arrived. The Xmas Christmas Burger. This burger is huge. It’s a meal all on its own, but coupled with the entrée and dessert, it’s a feast. The buttermilk turkey breast is succulent and tasty, the stuffing ball that is almost like another patty, adds texture and flavour and – well who does not love a bit of brie and cranberry sauce. It’s like eating Christmas. As a side (I am not sure that sides are needed but maybe to share as a group!), the Loaded Roasties are perfect. The duck fat potatoes are crunchy on the outside and so light and fluffy on the inside – so much so, that we were all asking Ben which variety of potato this was (he refused to give up his secrets). These are loaded with stuffing, bacon, brussel sprouts (I like these more as I get older), cabbage and a wonderful red wine gravy. I will be honest, this feast nearly did me in, but I loved every minute of it. 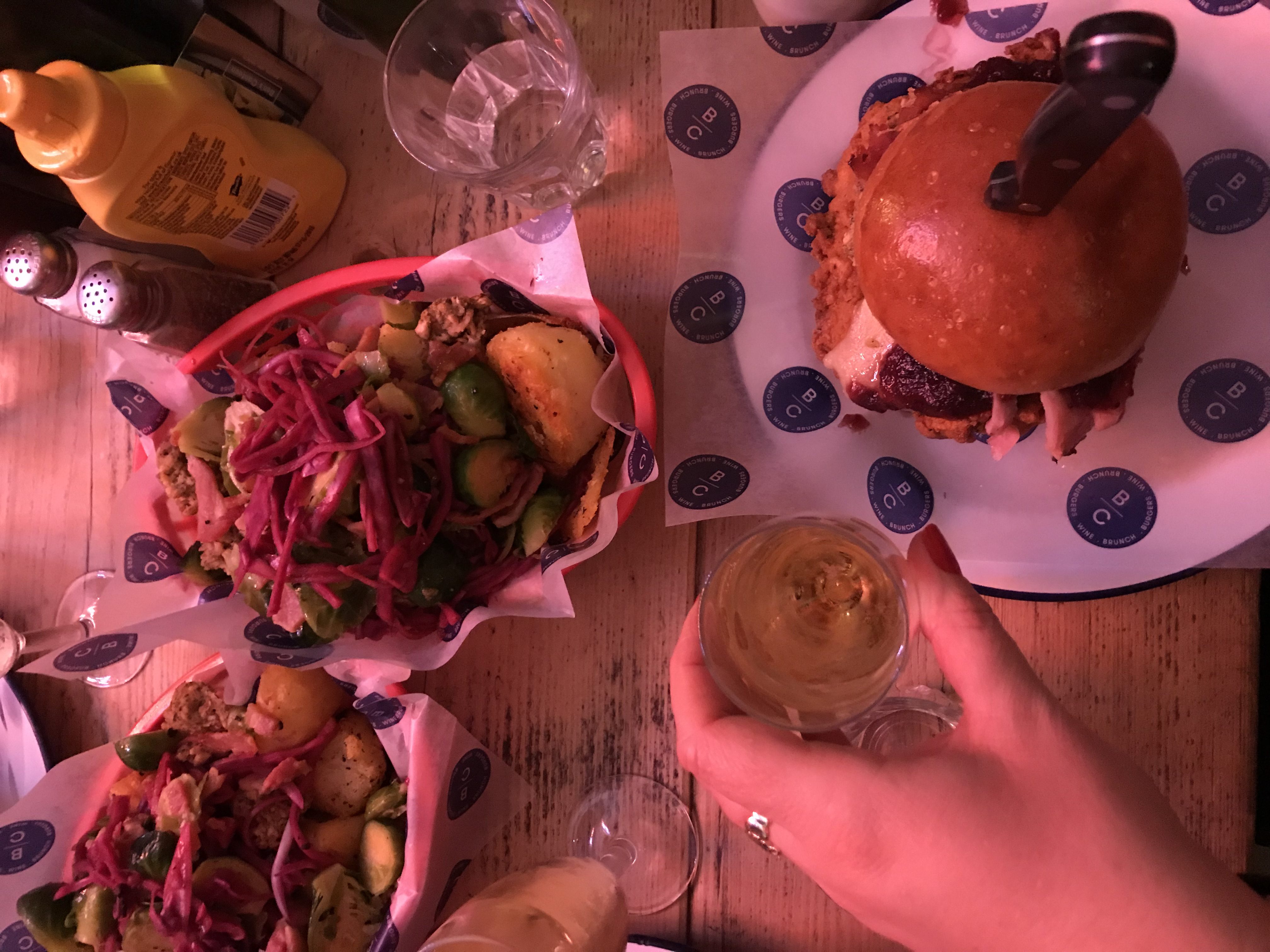 No Christmas meal is complete without a dessert. And I was excited about this one. A DIY doughnut is something that everyone of every age can get involved in. Basically, you get a bowl full of round doughnuts and three syringes of flavour – these ones were festive. Then you plunge the syringe into the doughnut and add the amount of flavour that you would like. Think Nigella Lawson level of sexy food, and you have this. It’s hilarious to watch a table full of adults working with these. Faces light up, like kids at Christmas (sorry it was too good a pun to miss), there is dirty laughter at the concept and the look, and there is delight when you pop these into your mouth. 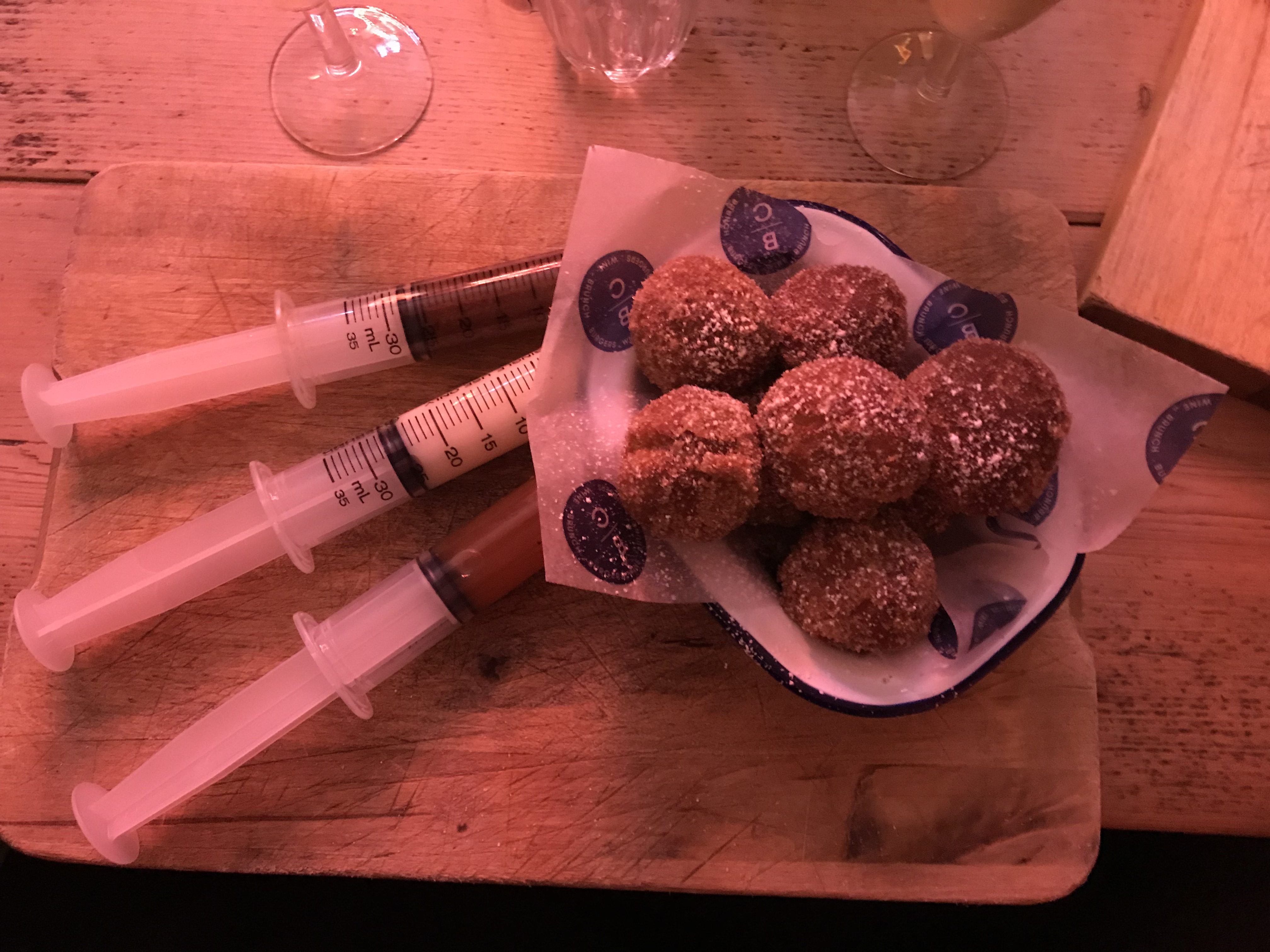 All throughout this meal, we were looked after. The service was great, our glasses of Prosecco were truly bottomless (I don’t think that I reached the bottom of mine once), and the atmosphere was friendly and welcoming. As an added bonus, Ben was excited to show off his Bloody Ben’s mix. You can get this to take with you after a night of bottomless Prosecco, and it would be the perfect hangover cure. Ben has perfected the perfect Bloody Mary Mix and bottled it. You can add your own vodka, your own toppings and enjoy your hair of the dog moment. The packaging for this is really fantastic and is now looking fabulous in my kitchen waiting for the next hangover to be indulged. 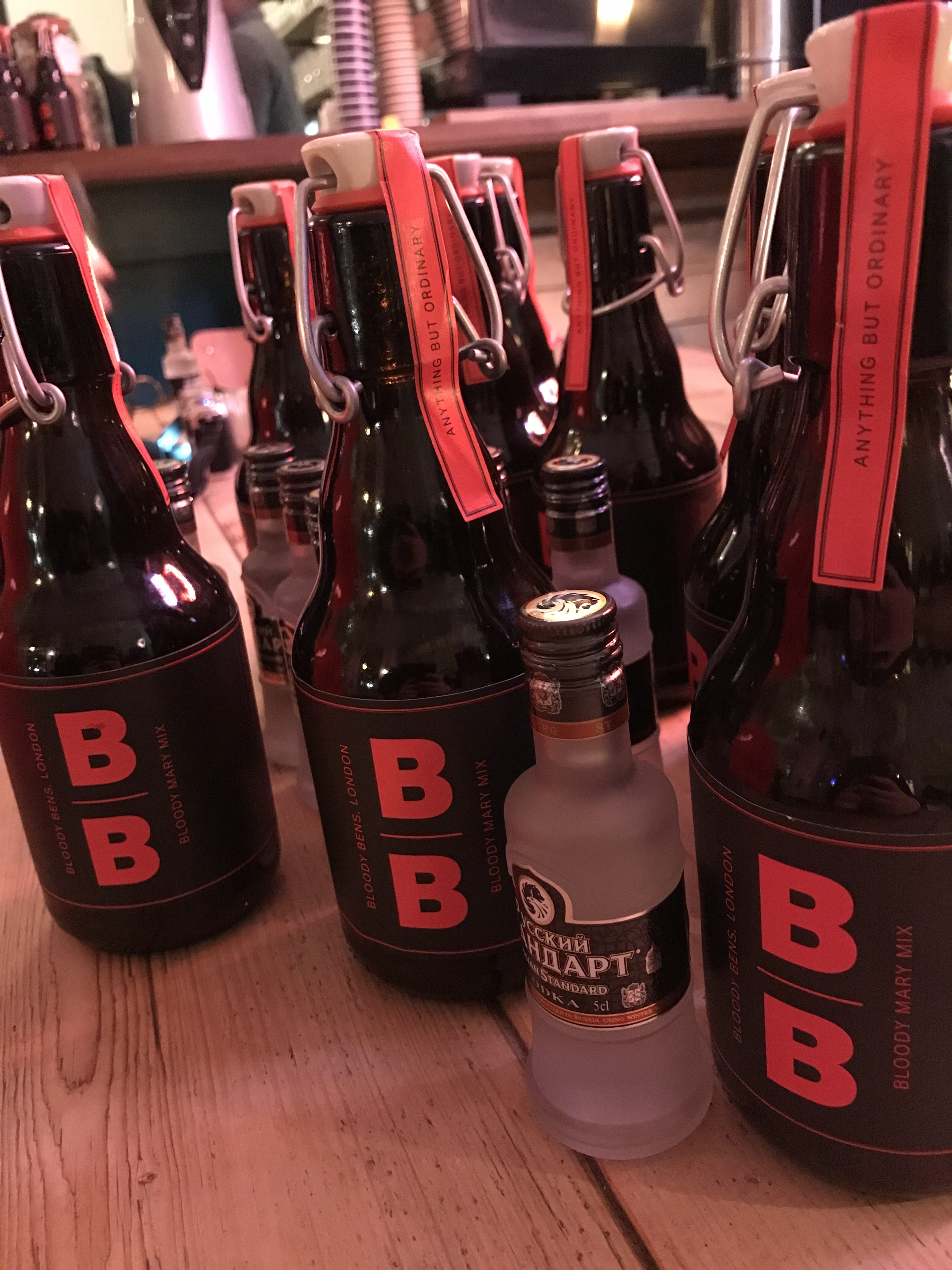 So, if you are looking for a fun place for a work Christmas do, a friends Christmas do, or somewhere where even Nana can have a great time, head on down to Ben’s! They are based in Clapham Junction and Earlsfield and will be opening at Battersea Power Station soon.