January 25th marks Robbie Burns’ 256th Birthday and Robbie Burns Day around the world. Known as an icon in Scotland’s history, this day is meant to celebrate the accomplishments of a great nation and the values that it stands for to this day. What better way to cheers to this iconic celebration than with an iconic Scotch? Lucky for us, my friends at Laphroaig feel the same way and have a special contest in mind just for you.

“Affectionately known as Scotland’s favourite son, Robbie Burns captured an entire culture through his poetry and lyricism.  Burns has been professed as the primary inspiration to Bob Dylan and his poetry even graces the face of British currency.”

The best way to cheers this year to Robbie Burns and the heritage of Scotland is with a dram (or two) of Laphroaig Single Malt Scotch Whisky. Available from coast to coast, it is my choice of Scotch for this special occasion. With it’s unique peaty and smoky flavours, it packs a punch for those Scotch lovers looking for an experience like no other. For the first time Scotch drinker, it also is a great introduction into a world of heritage and tradition.

Make sure to head out and pick up a bottle before the weekend when lineups will be long to ensure you are well prepared to celebrate. 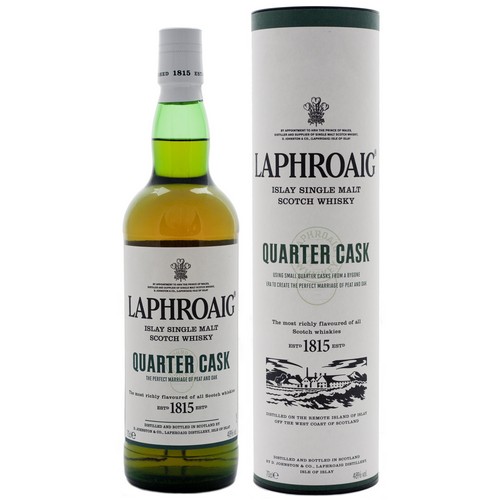 “On the nose the sensation is toffee and caramel, caused by the vanillas and tannins of the American oak, plus a dryness from the wood oil. The finish is long and alternates between this sweetness and smoke.”

Want to win? It’s as simple as following these few short steps.

I can’t wait to cheers to #RobbieBurnsDay with @Laphroaig & @DoTheDaniel http://goo.gl/axs1qC

** Winner MUST be legal drinking age to have  valid entry into contest.  A scan of a valid driver’s license is necessary will be needed with email correspondence to claim prize. **

** One (1) tweet per Twitter account will count as entry. Tweet must comply with above format to be entered to win.  Winners must be following both twitter accounts as listed in Step # 1. Contest odds depend on how many valid entries are received. Contest runs until Friday January 23rd 2015 at 5:00pm EST. ONE winner will be chosen at random and announced via @DoTheDaniel’s Twitter account on Friday January 23rd 2015 after 5:00pm EST. Prize cannot be redeemed for cash value. Contest winner will be contacted via Twitter and subsequently emailed for personal details and driver’s license to have prize sent to them. Contest open to Canadian residents only.**

Please remember to enjoy responsibly and never drink and drive