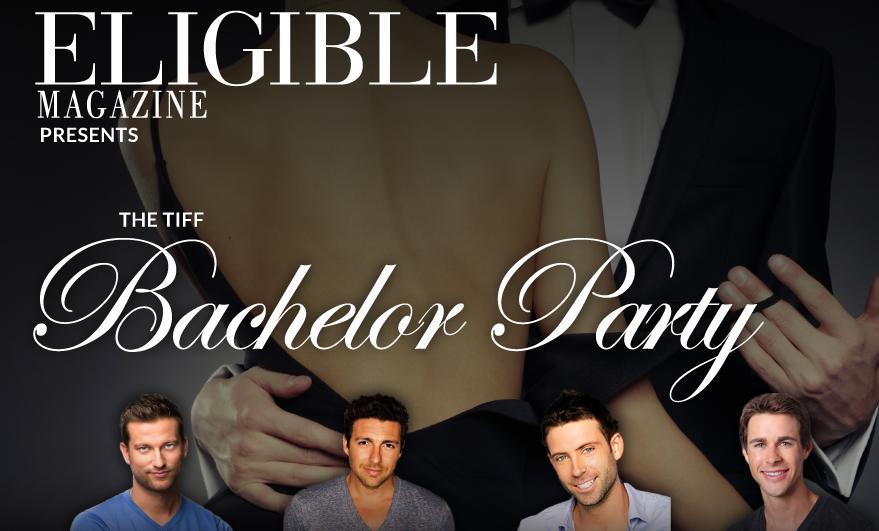 by Daniel Reyes Cocka • August 26, 2014 • Contest, Events, Toronto • Comments Off on Contest | Join me at the #TIFFBachelorParty! •

Contest | Join me at the #TIFFBachelorParty!

DoTheDaniel.com is about to be exclusively dedicated to one of my favourite times of year. The The Toronto International Film Festival ® kick off is right around the corner and with it, some of the best star studded events of the year. Being that we have already started our celebration in conjunction with FASHIONIGHTS, (see my recent post on the #FestivalCountdown event we recently attended) I thought to myself why not help YOU come join in on some of the festivities! The #TIFFBachelorParty is taking place at Flirty Girl Fitness on Friday, September 5th with Eligible Magazine and I want you to come and join me for a night full of beautiful men and amazing memories!

Let’s be honest. The Bachelor is one of those guilty pleasures that the majority of us love to watch. Be it for the love triangles or the heated romance, the men of The Bachelor & The Bachelorette are always some great eye candy. So when I had the chance to help support the gathering of so many of them, I jumped at the chance (don’t tell Julio) to bring you all along with me. The evening will be one to remember during the @TIFF_net #TIFF14 season and for those of you looking to join, I’ve got TWO VIP tickets up for grabs for the VIP Meet & Greet before doors open to the public! Want to win? It’s as simple as the following:

I want to live the #TIFF14 life with @DoTheDaniel, @EligibleZine & @FlirtyGirlTO at THE #TIFFBachelorParty! http://goo.gl/W1kbTb

** One (1) tweet per Twitter account will count as entry. Tweet must comply with above format to be entered to win.  Winner must be following all 3 twitter accounts as listed in Step # 1. Contest odds depend on how many valid entries are received. Contest runs until Friday, August 29th at 8:00pm EST. Winner will be chosen at random and announced via @DoTheDaniel’s Twitter account. Prize cannot be redeemed for cash value. Contest winner will be contacted via Twitter and subsequently emailed for personal details to have prize pack sent to them. Contest open to Canadian residents only. Travel and accommodations for those entrants not residing in Toronto will not be included in prizing. **

For those of you looking to be at one of the hottest parties of the season, make sure to pick up your tickets now before they sell out!

And last, but certainly not least, make sure to follow along with the #TIFFBachelorParty hashtag all night for beautiful men, delicious drinks and some star studded (emphasis on the studs!) #TIFF14 fun!