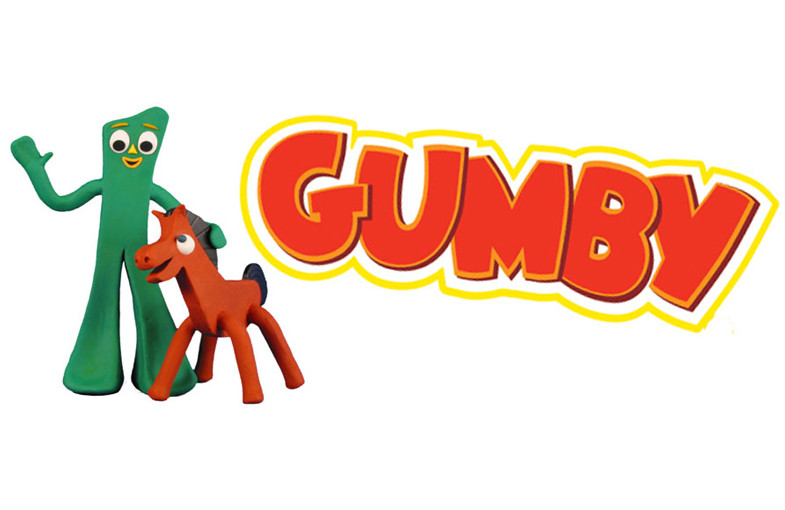 This might be dating myself, but I TOTALLY remember Gumby! Anyone else?? Initially appearing on the Howdy Doody Show in 1956, the little green slab of clay transcended as a stand-alone television series across major network in 146 countries, commissioned over 200 episodes and continues to be a relevant pop culture icon today. Now, can you believe that today is Gumby’s 60th birthday?! The world’s first stop motion clay animated television series is BACK!

Airing on TELETOON Retro, with newly re-mastered episodes it’s Gumby like you’ve never seen before! Created by stop motion pioneer Art Clokey, the series follows the fun-filled adventures of the everyday hero Gumby, who is full of wonder and awe, and is always leaving a place better than when he found it. With his best pony pal and voice of reason, Pokey, they magically transport to locales near and far, overcoming any obstacle that they meet including the mischievous troublemakers, The Blockheads.

“Gumby has inspired the hearts of millions around the world with adventures steeped in imagination, action, surrealism, heart and humor,” says Joe Clokey, Head of Gumby Studios.  “There is a special fondness for Gumby in Canada, so I’m thrilled that TELETOON Retro will be the first to air the newly re-mastered episodes from their original camera rolls and soundtracks.  You’ve never seen Gumby like this before!”
Tonight TELETOON Retro will be airing a Gumby marathon starting at 6pm ET/PT! Now for the fun part! How would YOU like to win an awesome Gumby prize pack?! It’s soo easy, like 1-2-3 easy!
1. Follow both @amandahayden and @TELETOONRetro on twitter.
2. RT @DoTheDaniel’s #Gumbys60th tweet (click here for the tweet)
3. Sit back and wait to win!

** One retweet per Twitter account will count as entry. Winners must be following both twitter accounts as listed in Step # 1. Contest odds depend on how many valid entries are received. Contest runs Thursday January 29th 2015 until 6:00pm EST. ONE winner will be chosen at random and announced via @AmandaHayden’s Twitter account on Thursday January 29th 2015 after 6:00pm EST. Prize cannot be redeemed for cash value. Contest winner will be contacted via Twitter and subsequently emailed for personal details to have prize sent to them. Contest open to Canadian residents only.** 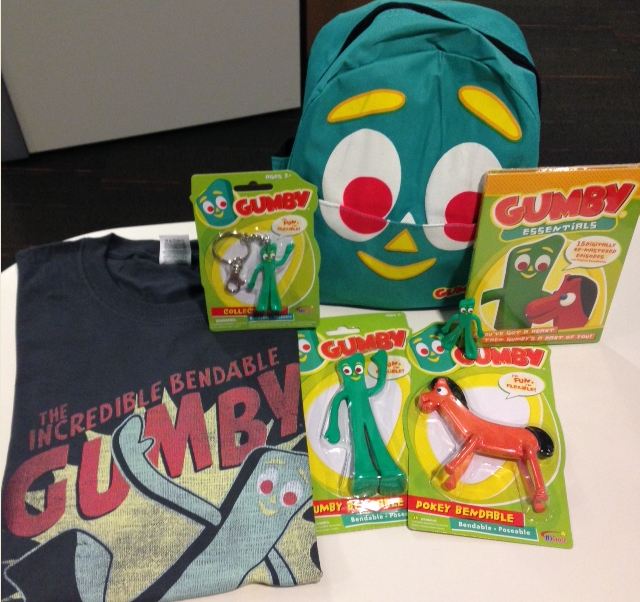 (Didn’t I say it would be easy?!)
Photos: Corus Entertainment