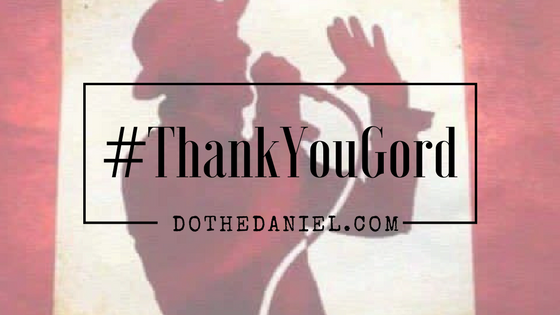 No Dress Rehearsal, This is Our Life

This week has been a tough week for me. A good friend of mine, whom I’ve never met, passed away. He doesn’t know me at all, but he was at every single party or event that I attended during my adolescent years. He and his band have provided the soundtrack to every road trip I’ve ever been on. In fact, I would say that The Tragically Hip provided the soundtrack for my youth. Stargazing along the Ottawa River with a friend and planning for the future. The Hip, as they are known in the Great White North, was there. At my high school graduation. The Hip was there. When my father was diagnosed with cancer. The Hip was there. On all my college breaks while, wearing jeans, plaid and Doc Martens, we raised our beers on the dance floor. The Hip was there.

I remember the first time that I heard a Hip song. It was Little Bones and I was at the Tulip Festival in Ottawa at Major’s Hill Park. We were sitting in the grass and waiting for a band to take the stage. The Tragically Hip provided the background music as we waited. I can’t tell you who I was there to see, but I can sure tell you that I loved that song by The Hip. This was not off of their first album, but their second, Road Apples. From that point on I was a fan. I bought every album as soon as it came out. I memorized every lyric. Watched every video. I only saw them 5 times in concert, but I have seen them in a different venue each time. Each show was the same but different, and while the energy on stage never changed, the band was maturing. We were growing up together.

The Tragically Hip, for those reading who are not familiar with their work, offer rock and roll riffs that are a bit folksy and a bit bluesy, with poetic lyrics that are pure Canadiana. The subjects of the songs are frequently political, like Wheat Kings, a song about David Milgaard who spent 20 years in prison for a crime he didn’t commit. The song helped shed light on David’s innocence and helped to ultimately exonerate him in the late 90s. Most of their songs were catchy and easy to dance to, with the lyrics belted out by Gordon Downie, whose unique sounding voice is completely unmistakeable. It’s hard to understand why they didn’t really catch on outside of Canada. But I am greedy and I’m glad we kept them as our own. 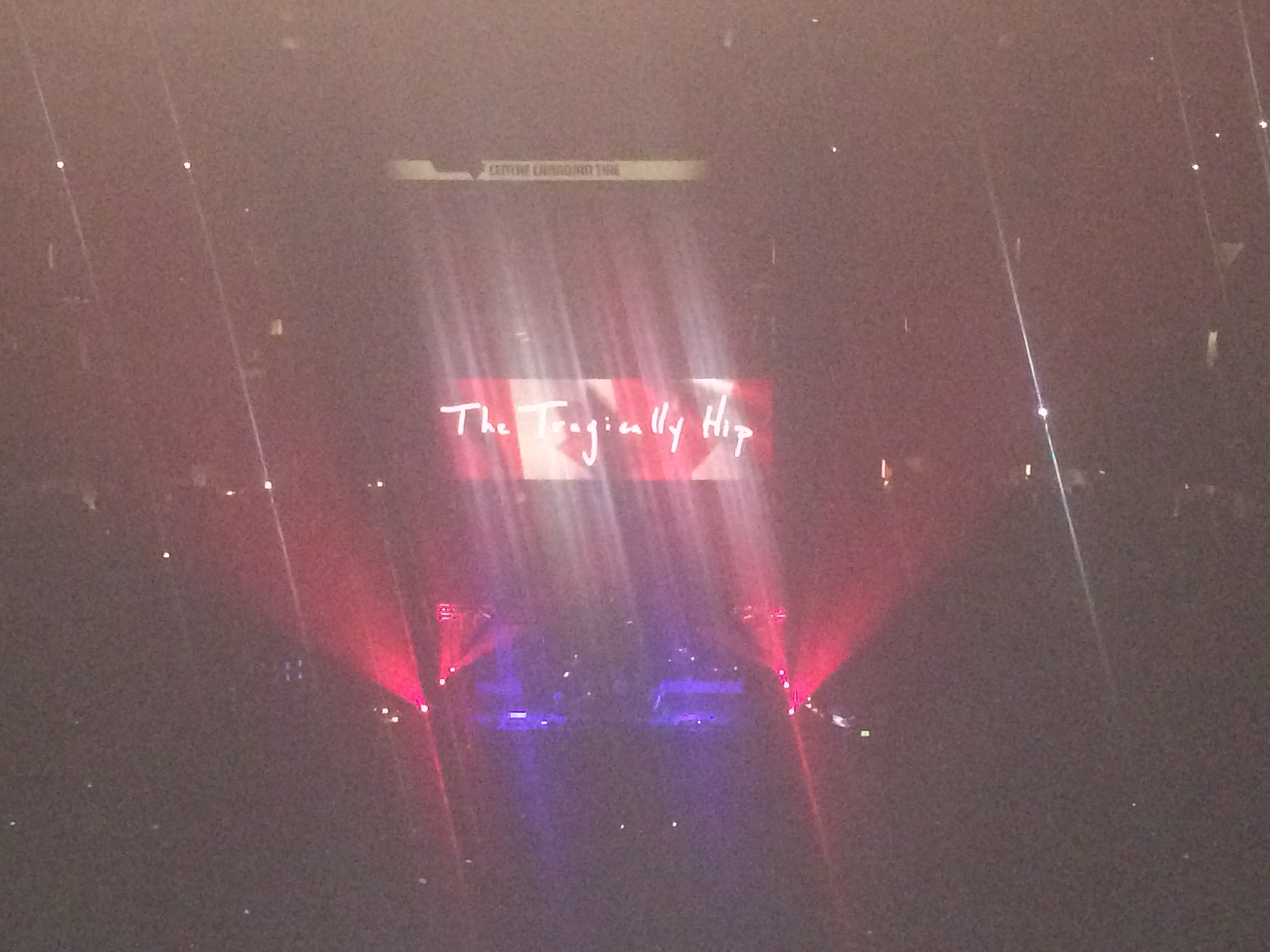 Last summer, when it was announced that Gord had terminal brain cancer, I was shocked. He was young and so talented. It seemed such a shame. Shortly after, came the announcement of a final tour. I made the decision in that moment to get tickets and take my kids. Neither Sheldon nor Nicholas had attended a concert yet, and it seemed the perfect one for them to cut their teeth on. I spent $400 on tickets in the nosebleeds at Canadian Tire centre. Totally. Worth. It.

More than an event, the concert was a religious experience. We were celebrating the life of a man who was going to be taken away far too soon. We were at a wake. There were tears on stage and in the audience. We came together as Canadians, most of us wearing concert t-shirts, holding up signs expressing our love that may have been hard to read through the haze of marijuana smoke. But they knew. They could feel the electricity in the air. And it was a fair exchange of emotion. The Hip laid it all out on that stage. Ottawa was the last stop before the final gig in Kingston. I regret not getting tickets for the hometown show, although I’m not sure my heart would have been able to handle that experience. When news of Gord’s passing filled my Facebook feed on Wednesday October 18th, I couldn’t stop the flow of tears. I’m sad that we, as Canadians, have lost a great man, musician, activist and friend. Even our Prime Minister, Justin Trudeau was moved to tears as he openly mourned his friend and stated that “we are less of a country without Gord Downie in it”. It is true. A little piece of Canada is gone too. Instagram and Facebook have been alight with Hip loving hashtags #ThankYouGord and #RIPGord.

It’s clear how well loved Gord Downie and The Tragically Hip are. I have seen more band t-shirts this past week than ever before. I hope the younger generations will pick up their parent’s albums and ask about the band so that their legacy can remain alive. My pictures are blurry, but my memories are clear, Gord. Thank you for being my friend and for being there for everything important. You will be missed and you will be remembered. Previous post:
A travel wishlist from someone who has never been to Ottawa Next Post:
Take Pride in How Far You’ve Come