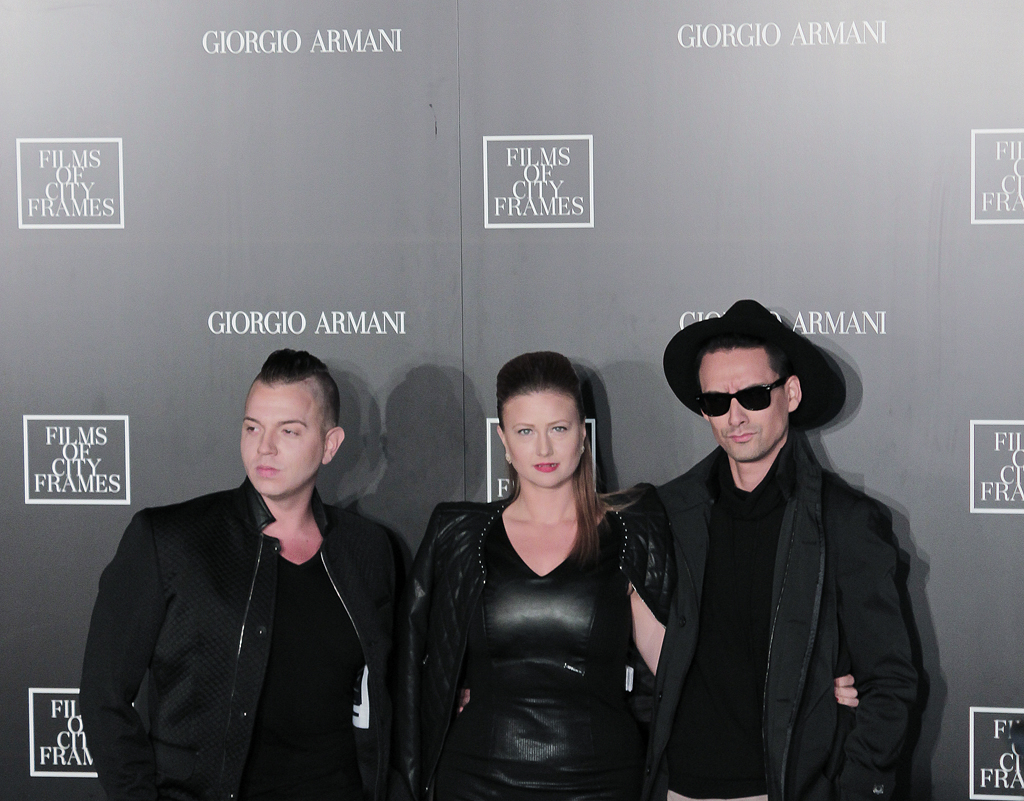 The 2014 Toronto International Film Festival ® has officially wrapped up for another successful season. Amid what was probably one of the busiest times of the year for the #DoTheDaniel & #FASHIONIGHTS team members, we attended some of the best events, gifting lounges, screenings and previews. One of my absolute favourite moments of the #TIFF14 experiences would have to be the Giorgio Armani event that took place to celebrate their film “Films of City Frames.” This luxe evening saw this iconic Fashion house take over The CN Tower for an evening of black carpets, Hollywood A-Listers and memories that will last a lifetime. We were so honoured to get the call three and a half weeks prior to the event that we had been invited as honoured guests and though it was hard to keep it all hush hush leading up to the epic evening, it was well worth the wait. Come & see how our very own #FramesOfLife experience played out.

“Roberta Armani and Academy Award-winning producer and director Edward Zwick celebrate the world premiere of Films of City Frames with an exclusive cocktail party at the CN Tower in Toronto, with DJ Mark Ronson spinning throughout the night.”

Upon arrival to the VIP event we were escorted by beautiful male models to the Black Carpet leading up to The CN Tower. We were lucky enough to hire Ryan Stever exclusively for FASHIONIGHTS coverage and photos (see a sample of some of the stars below). As we stood in front of the Step & Repeat a wall of cameras flashed and people called out Julio’s name. It was quite the celebrity moment and to be honest, I could get used to the attention!

The evening brought the Armani brand from Italy to Toronto in an elegant, opulent and iconic way. There is no greater Fashion Statement then taking over the iconic landmark of the city you are visiting. The film itself played in loops at the top of the tower and high in the sky we toasted to an incredible TIFF  film with friends and celebrities alike.

“Films of City Frames, created in collaboration with Luxottica and Rai Cinema, is an initiative that involved the work of six prestigious international film schools. The students were given the task of creating short films that feature caught moments, metropolitan landscapes, and emotional situations, using Giorgio Armani’s Frames of Life glasses as a perceptual filter.”

There are no words that can explain how it felt to rub shoulders with familiar faces and Hollywood A-Listers. We are forever grateful for the opportunity and beyond flattered to have been a part of such a momentous evening.

Our outfits for the night were styled from head to toe by Julio Reyes of FASHIONIGHTS. Catherine wore a stunning black leather dress by Liu Jo and autographed Vince Camuto shoes (Yes, you read that correctly. The man himself made sure to sign her beautiful shoes during her recent visit with Julio to the new flagship store in Toronto).

Julio & I wore head to toe Le Chateau to represent Canadian Fashion. We all received compliments throughout the evening and were proud to rep our brands of choice thanks to the vision of Julio. Thank you to all the brands who helped to make us Black Carpet ready for the evening.

The team was also lucky enough to have our hair and make-up done by the talented Toronto based Nadine Hajjaj. All in all we truly lived the star treatment that night with Armani and any time they care to call us for another invite in the future, you can be sure we will bring you along with our live coverage and post event features.

For the FASHIONIGHTS exclusive and perspective of the evening, make sure to click here for Julio’s take on this incredible evening. 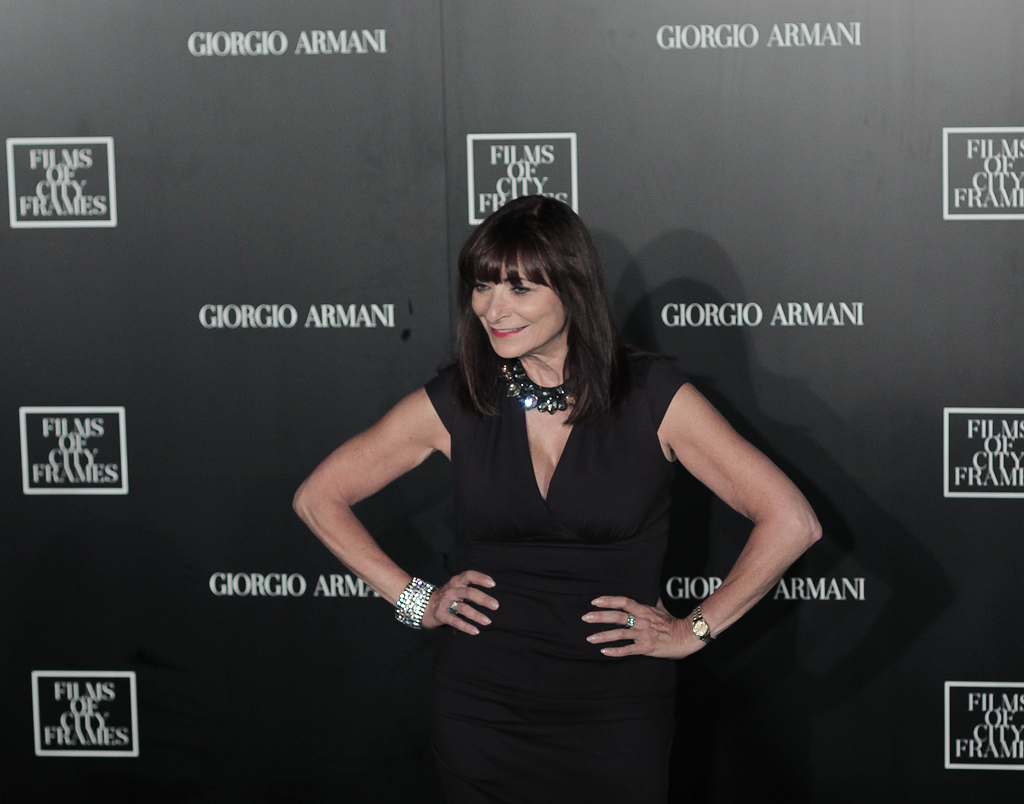 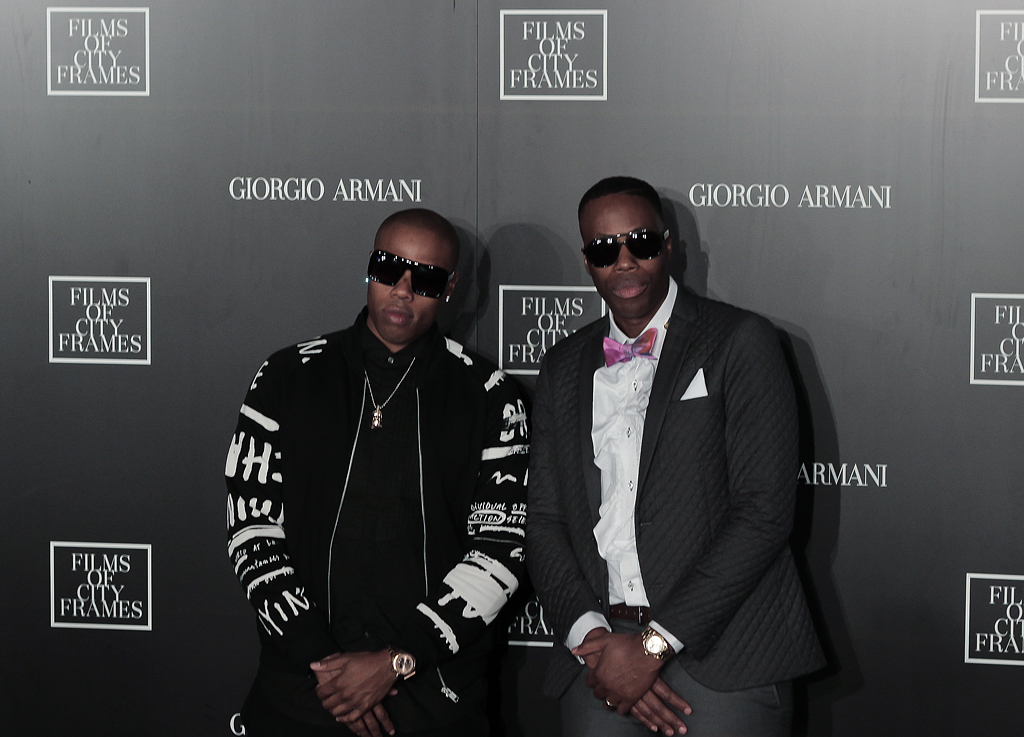 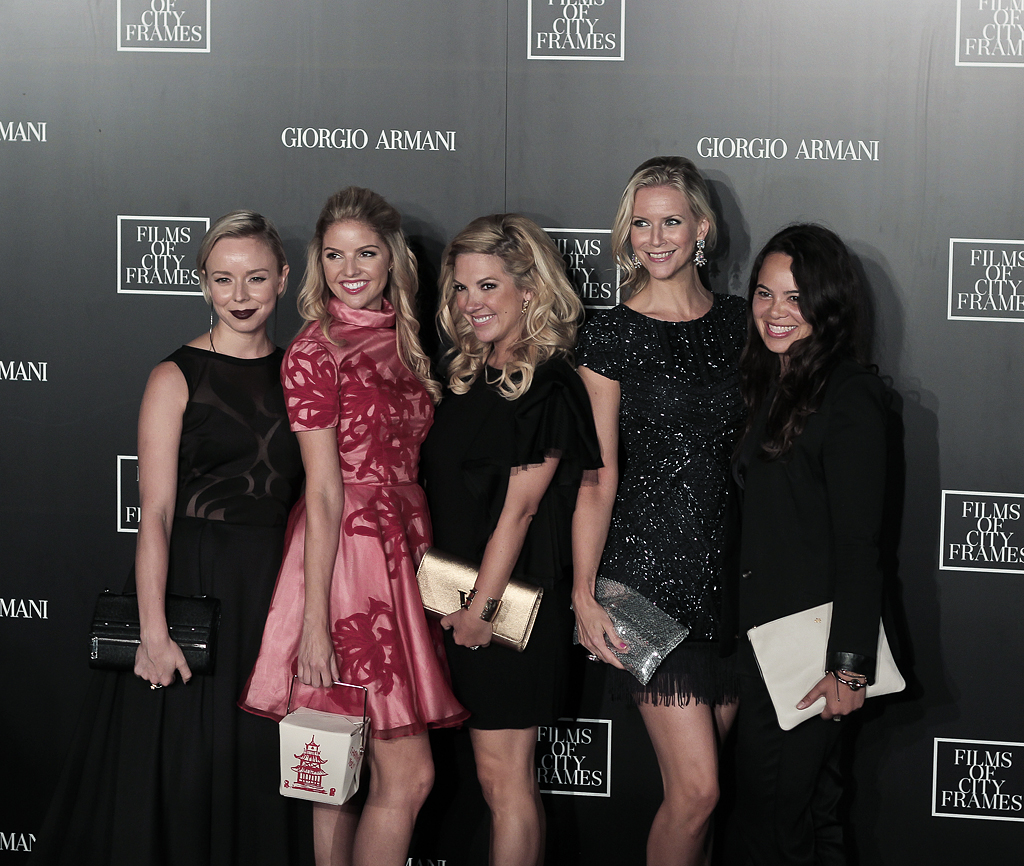 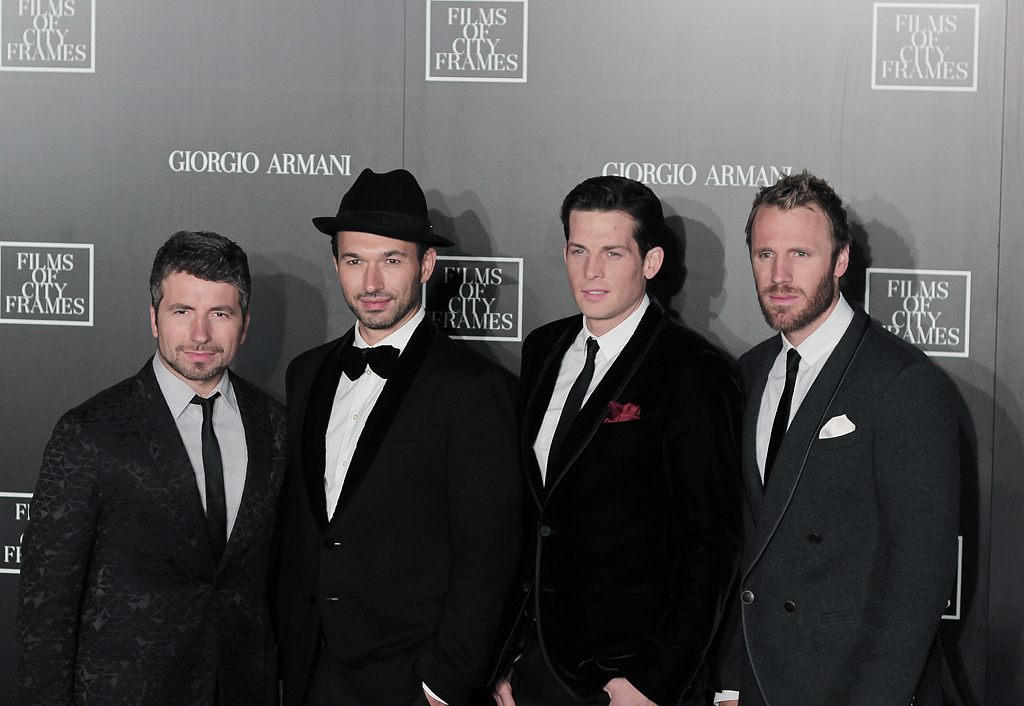 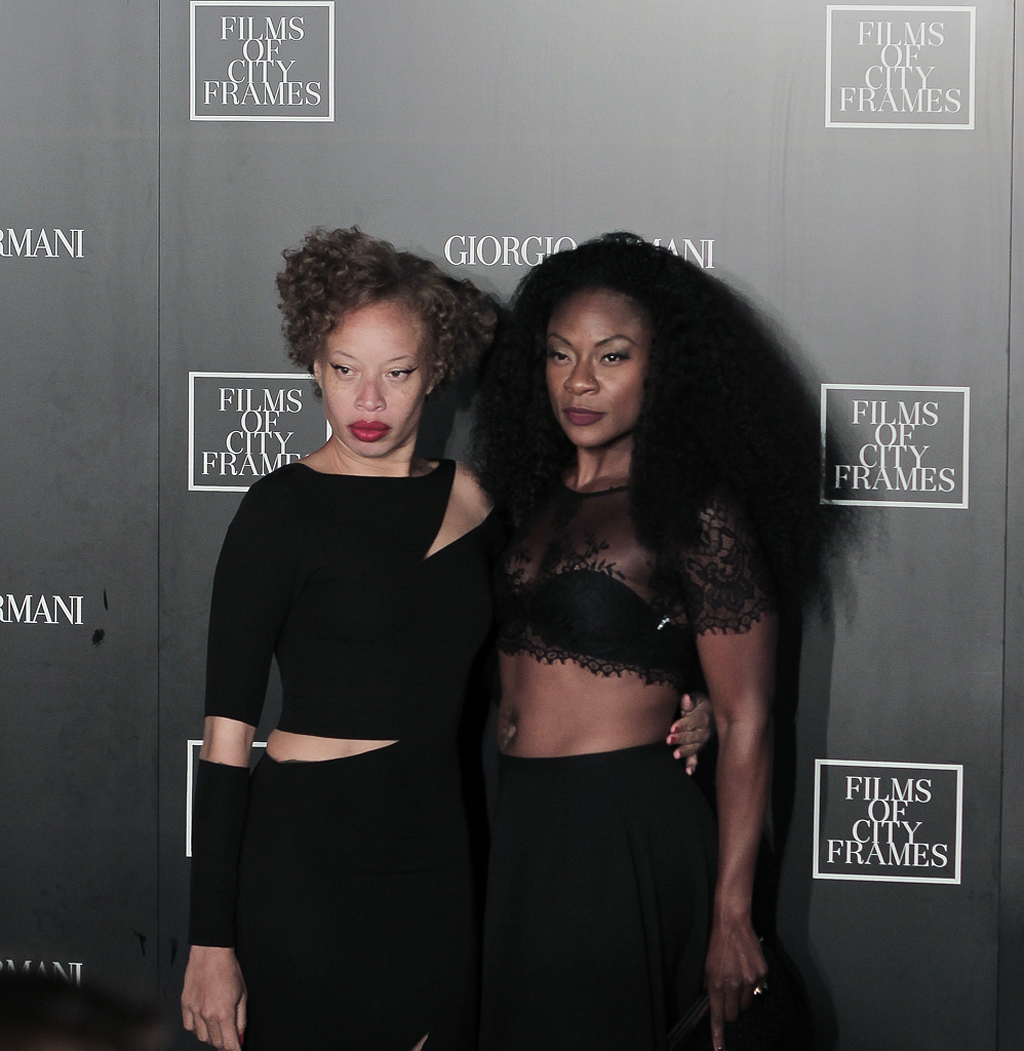 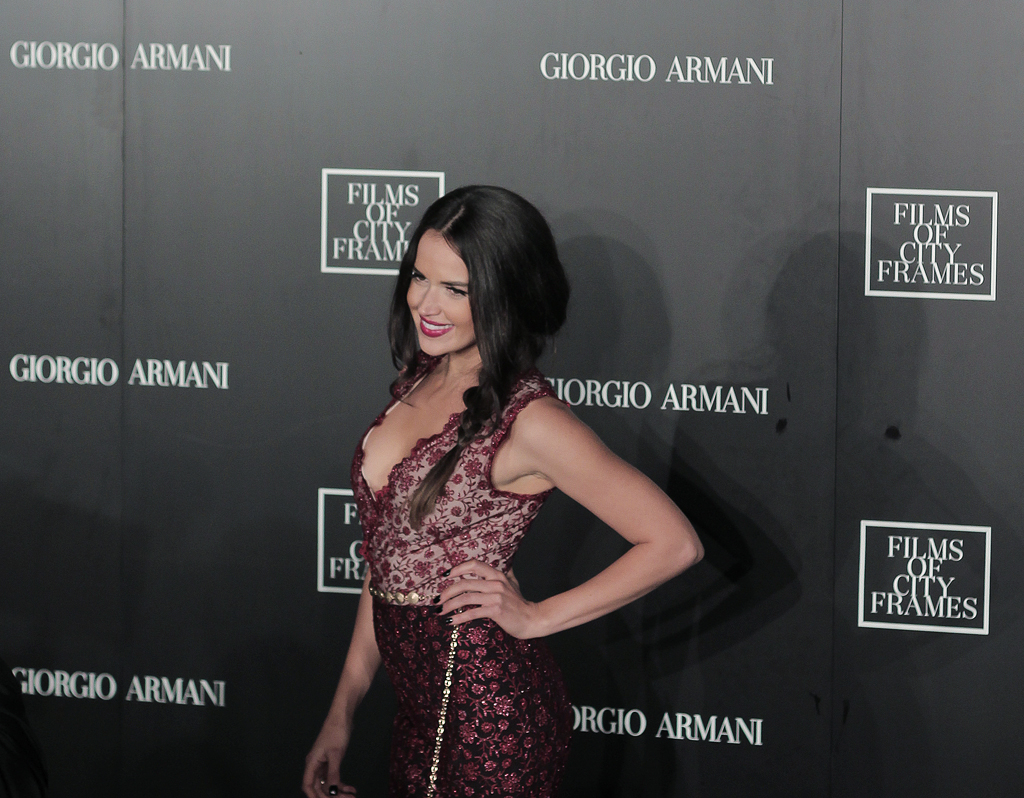 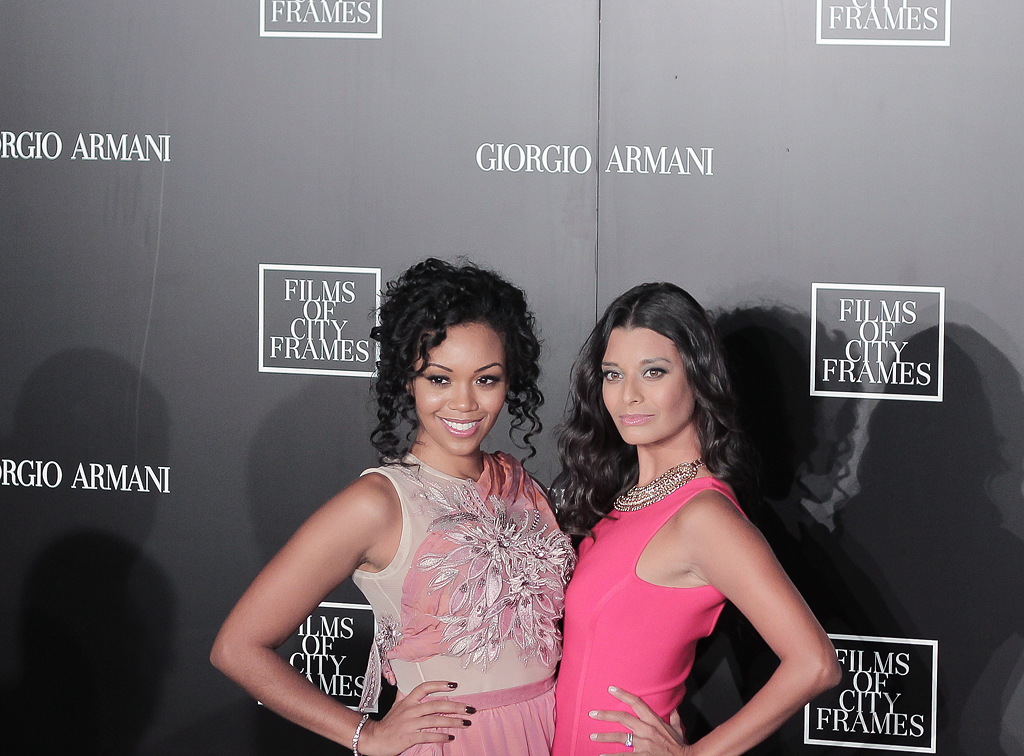 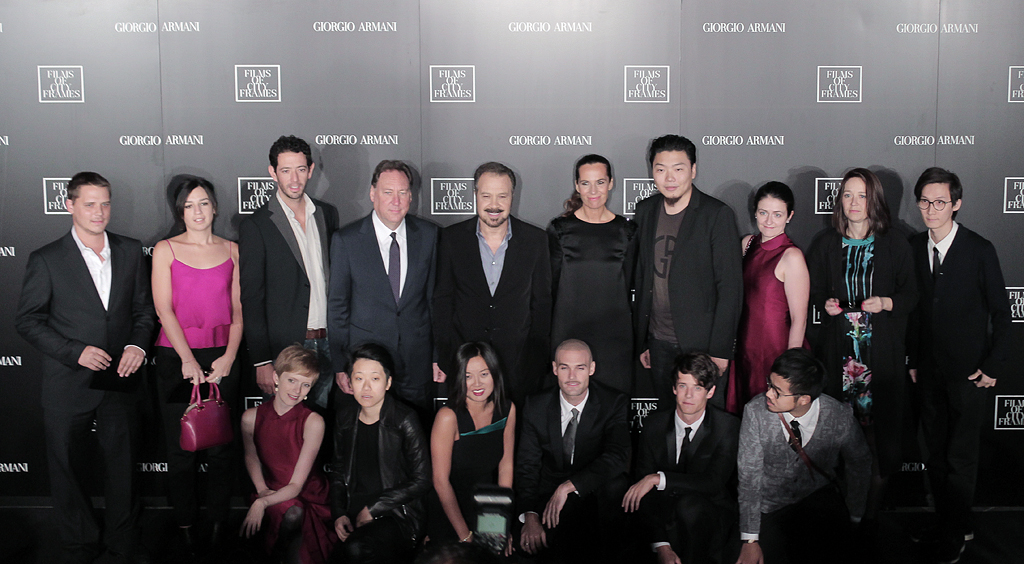 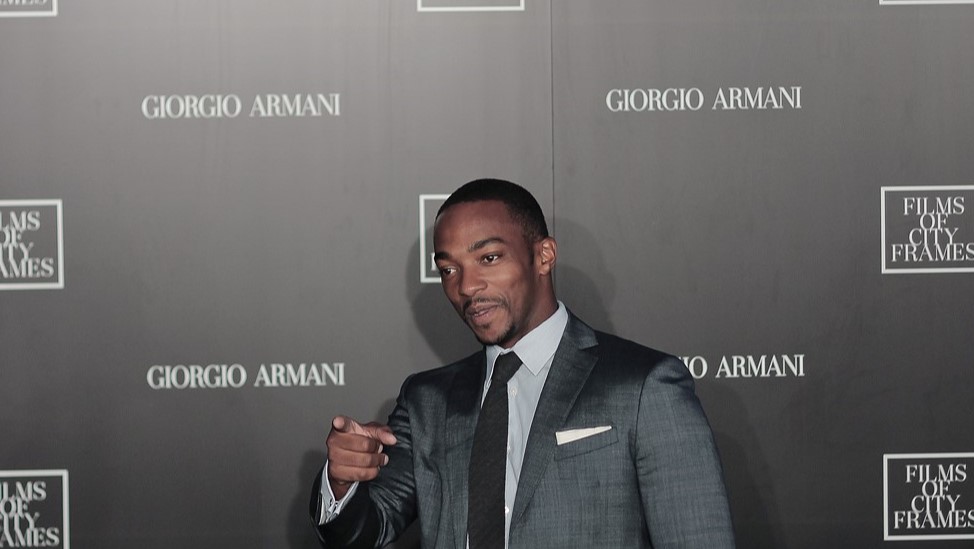 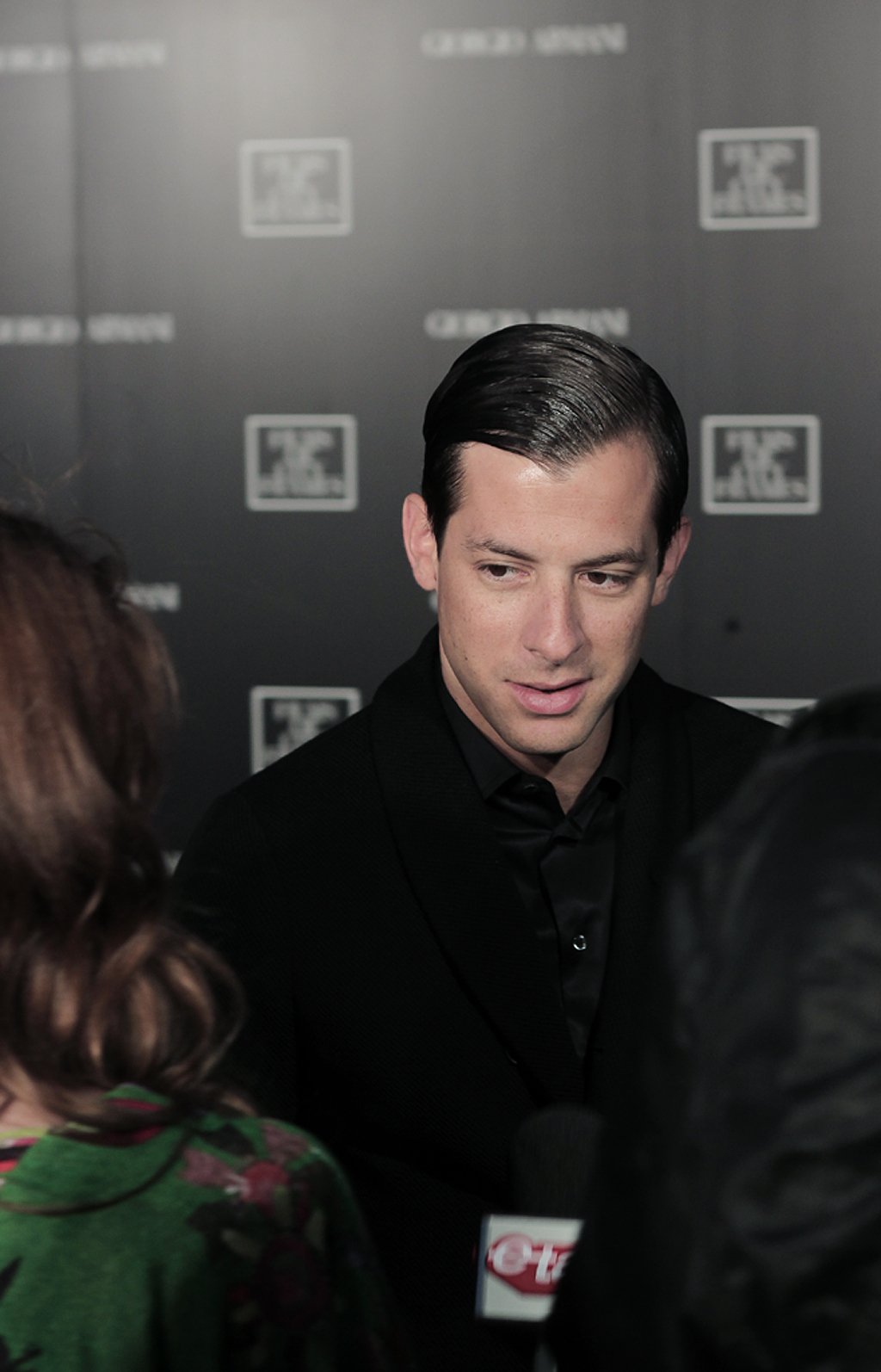 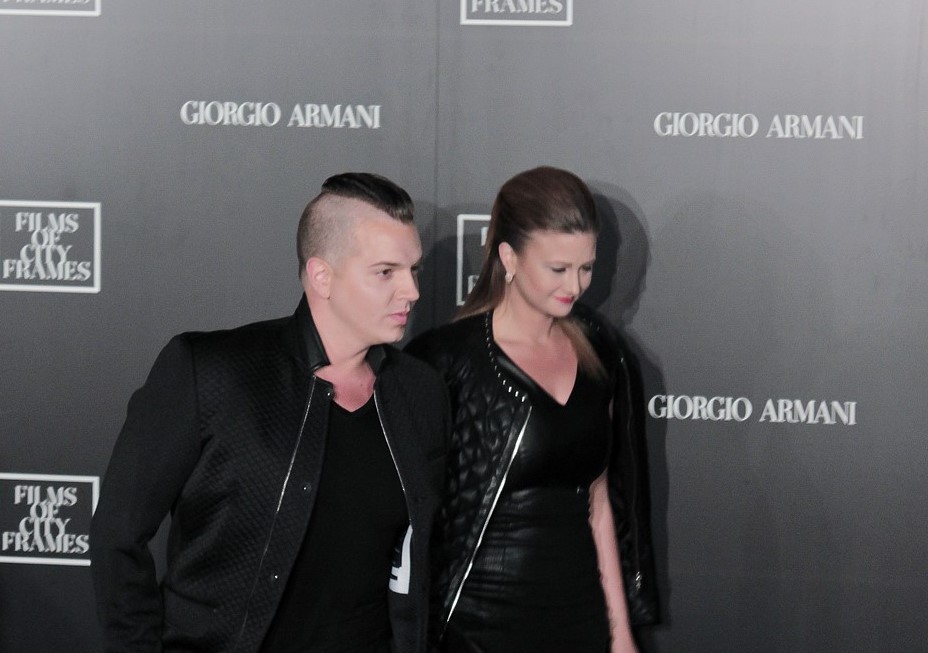 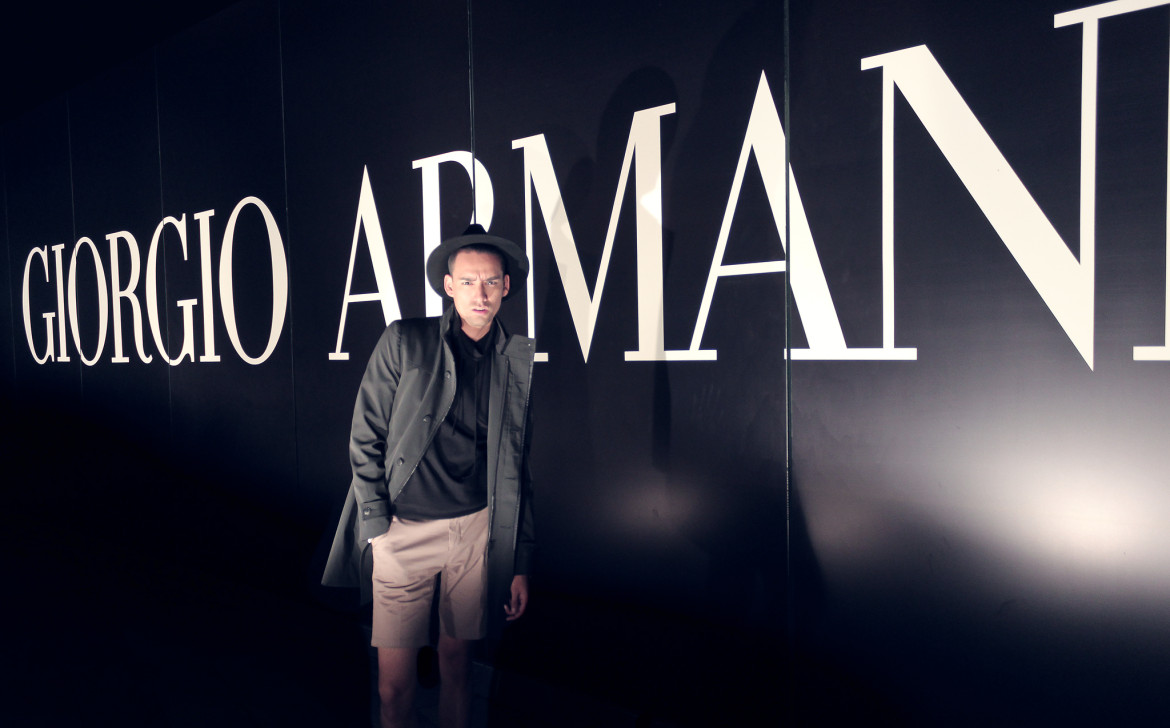 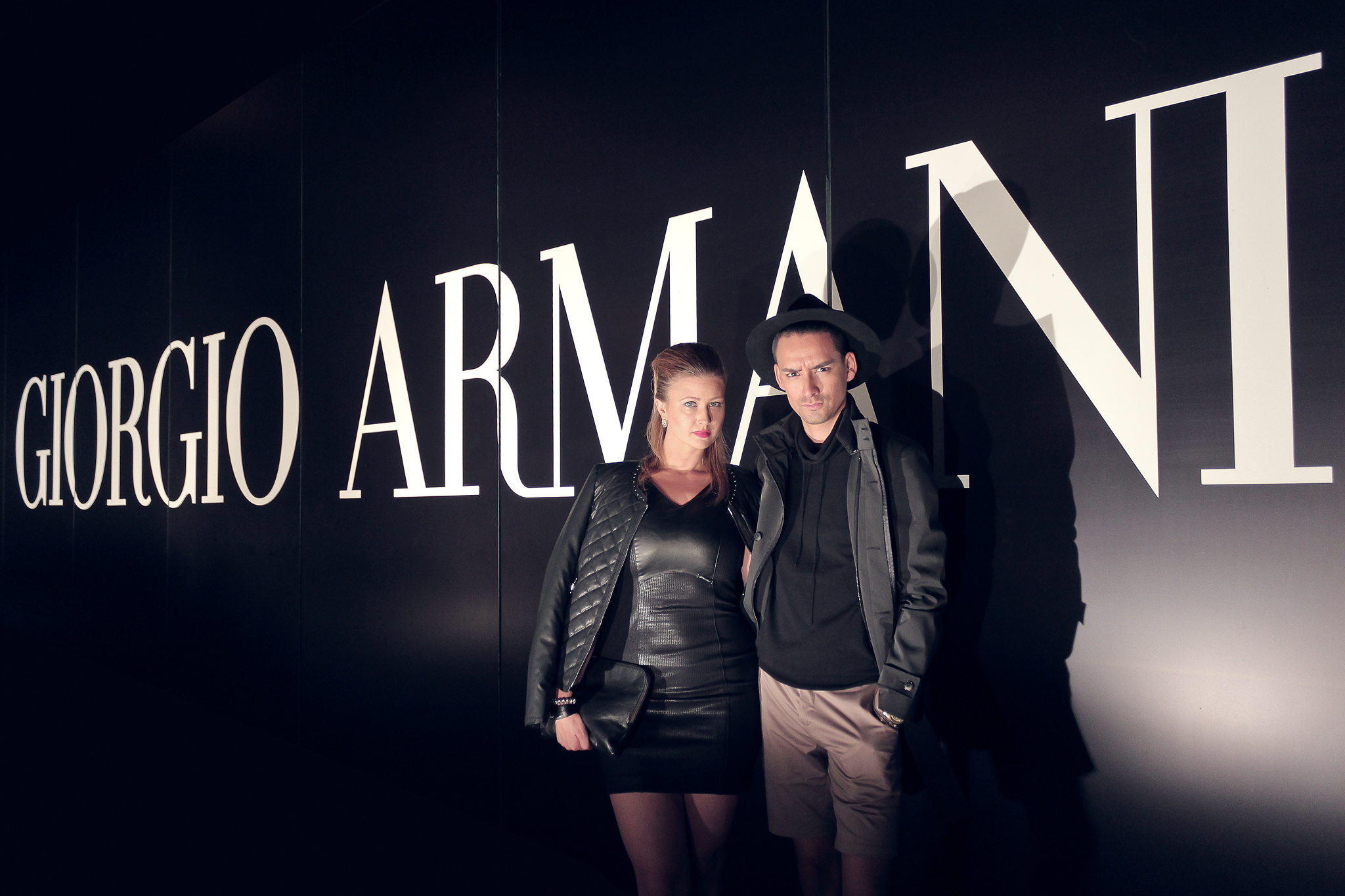