Travel & Lifestyle | Cheese, Art, a Castle and Some Boats: A Weekend in Switzerland

There is a myth in local government, that work slows down over the summer. Everyone gets out of London and there is very little to do. How I wish that this myth was true. However, it is not and after twenty days straight of working, I was looking forward to a mini break. I chose to get out of London and visit Switzerland, a country that I have never been too before.

Sarah and I met at Heathrow to begin our journey. I had spent the tube ride out there watching videos of the All Blacks, getting very choked up with pride, about the Rugby World Cup which started that night. We sipped prosecco and awaited our flight whilst we watched the opening ceremony and the first few mins of the England v Fiji game. We had gotten our flights through the British Airways holiday planner. We both had avios and were able to get return flights for £35 + points. This coupled with the opportunity to scratch another country off the scratch maps, had us dancing for joy.

We arrived in Geneva and were delighted to discover a hidden gem – tourists travel for free around the city. At the airport, there is a ticket machine for tourists, next to the information desk, that gives you a two hour free travel ticket. A trip into the central city from the airport is about 20 minutes, there are power points and free wifi on the trains. This is truly a tourist city. We had investigated hostels and decided to stay at City Hostel – it was a ten minute walk from the train station and had everything that we needed. Our room was cosy, came with towels and the bathrooms were across the hall. These were clean and functional and thankfully, there was not a queue for them at any point! The staff there are very knowledgeable and handed us a free travel tourist pass – we filled in the back, and this entitled us each to bus, train and boat travel for the duration of our stay. We had arrived quite late at night, the hostel has a 24 hour reception and were incredibly welcoming. We called it a night, as we were both beat and were really looking forward to our Saturday… 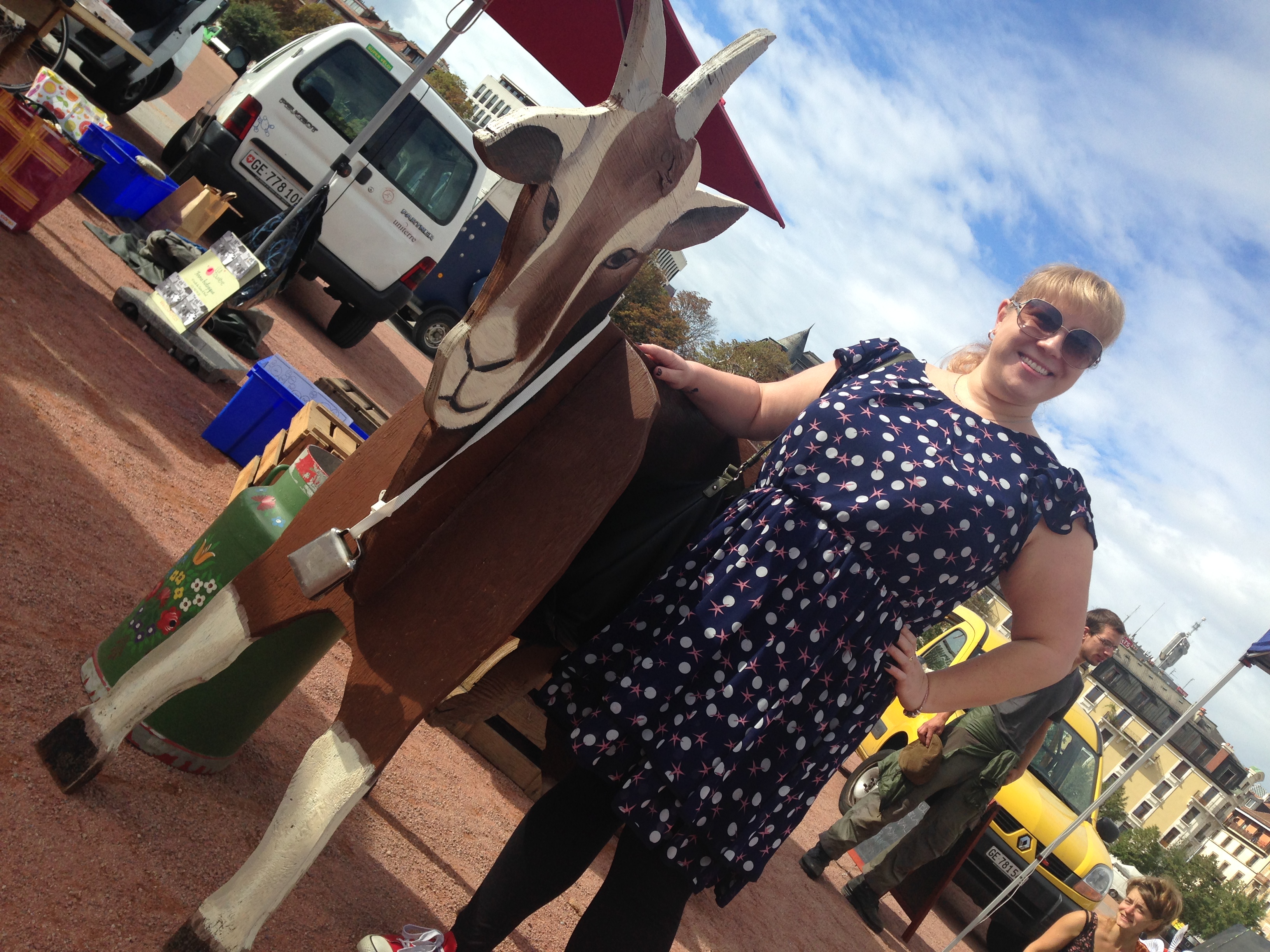 Saturday morning dawned crisp and clear. The weather forecasts were a bit contradictory, so we were not really sure what we were in for. We had booked a rental car through Rentalcars.com (tip – always buy your insurance when you pick up your car, its more comprehensive!) and were picking our wee car up from Hertz about a ten minute walk from the hostel. We got a wee bit distracted on the way out of Geneve by a market – this was billed as a flea and antique market, but seemed to also be an activists market. There were all manner of stalls, from organic farms to save the children in Africa – as most of this was in French we were a bit perplexed as to what was going on, but it was very interesting none the less. The best bit for me, other than the very rich hot chocolate, was the men playing Amazing Grace, through their massive horns – the music was melodic and haunting and for me, unexpected for those instruments. 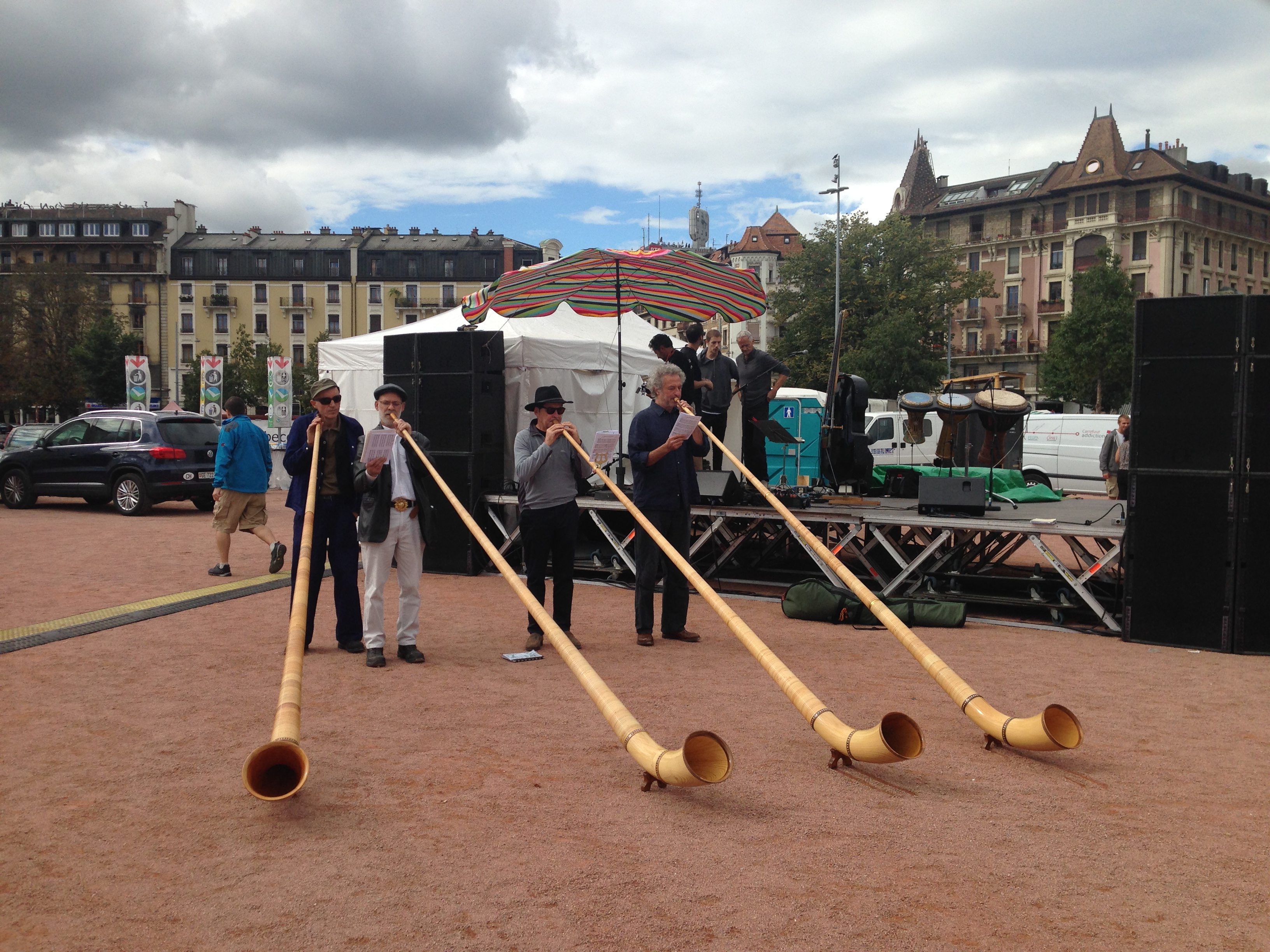 We jumped back in the car and hit the road. Our destination? Gruyere, where the cheese is from. The roads up there took us along Lake Geneve – which is just beautiful – the sky seemed to go forever and the clouds were so pretty on the drive up. We were exceedingly lucky, it only ever rained when we were in the car. We arrived in Gruyere and headed straight to the information centre that housed a cheese restaurant. We were starving and ordered a fondu. I have been driving Sarah mad singing Fondu for Two at random intervals. My French is rusty at best and appalling at worst – we ended up with a double serving of cheese – 400g of AOC Gruyere. It was delish, it was served with potatoes and fresh crusty bread. We did the best we could, we nearly demolished the lot, but it did beat us. I personally love cheese but I know gruyere isn’t for everyone so if any of you want to try this you can always use a substitute for gruyere cheese. We paired this with Swiss wine. Swiss wine is not something that I had heard off, but as we had driven up through towns such as Lausanne, I had noticed that on every spare piece of land, there were grape vines. This wine was lovely, and as we were in Switzerland, quite cheap to drink. 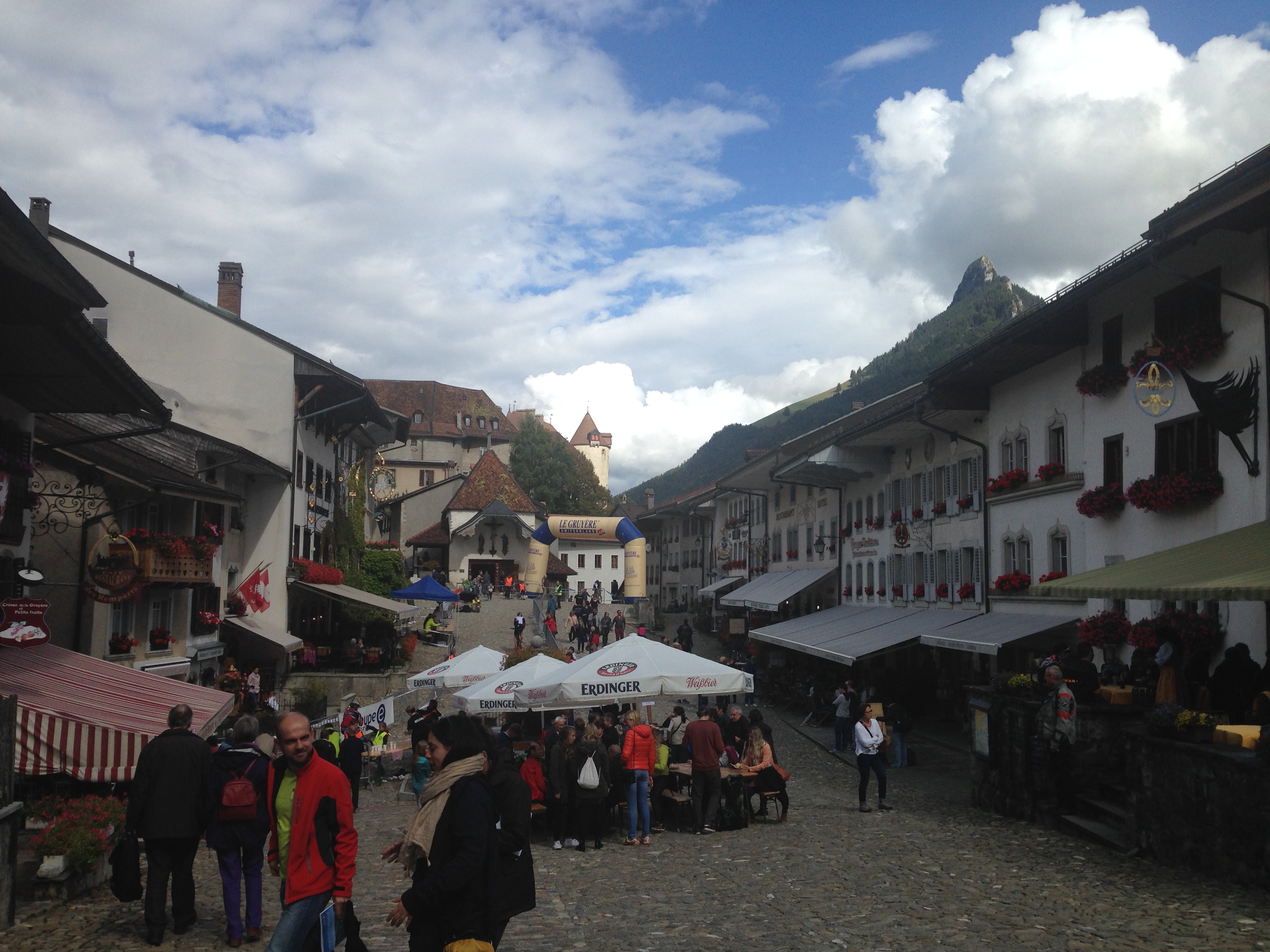 With all of that cheese on board, we walked up to Old Town Gruyeres – as with any old town, it’s at the top of a hill and is walled. It was beautiful and quaint, and on that day, host to a cycle race. I was slightly out of breath from climbing up the hill with a full belly, but these poor cyclists were coming up the other side, which looked steeper to me and were pedalling for all they were worth. I took a few minutes to cheer them on as they clearly deserved it! The old town is very pretty, it is decorated with lots of planter boxes and cobbled streets. Everywhere you look there is chocolate and cheese for sale. It also houses the St Bernard museum. I had not realised that St Bernard was a place as well as a breed of dog. Sadly, we had to add that to the list of sites to come back to one day, as the skies were beginning to close in, so we headed back down the hill, taking some photos of goats with bells around their necks on the way down, and hit the road again. 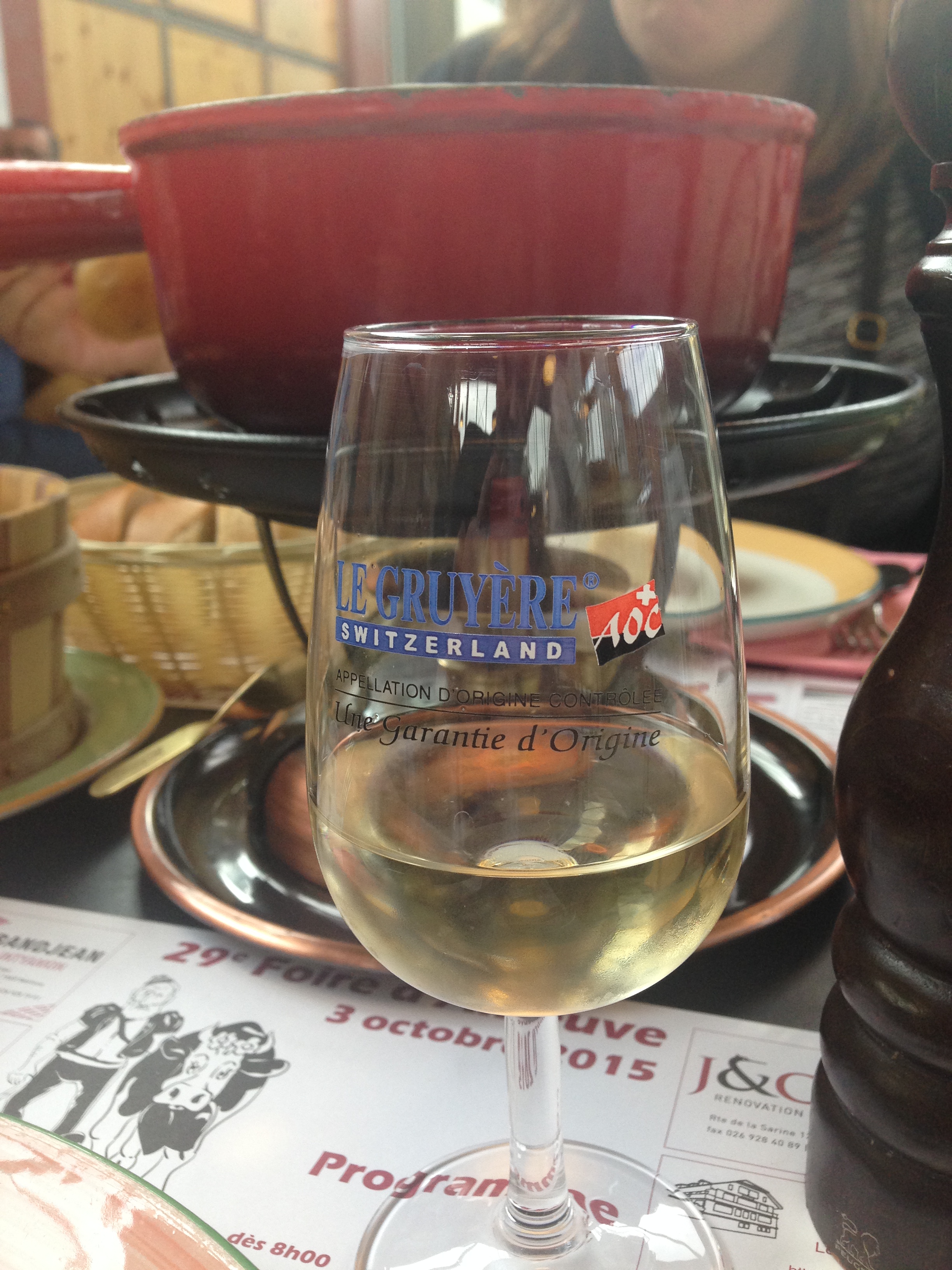 Our next stop was Chateaux Chillon. This castle sits on Lake Geneve – quite literally, and it’s stunning. We walk down to the riverside walk and admire the castle from afar. This castle is said to have inspired Lord Byron and Mary Shelly. And I can see why, it’s stunning. There has been a castle or fortification on this site since the Bronze ages, with the current castle, being a mix of additions and rebuilding from different ages. In one of the crypts, you can see some of the original wall and dungeon cells. As we wander around the castle, it’s obvious that this is the product of lots of additions – around each of the squares, there are different rooms and turrets. This just adds to the charm. 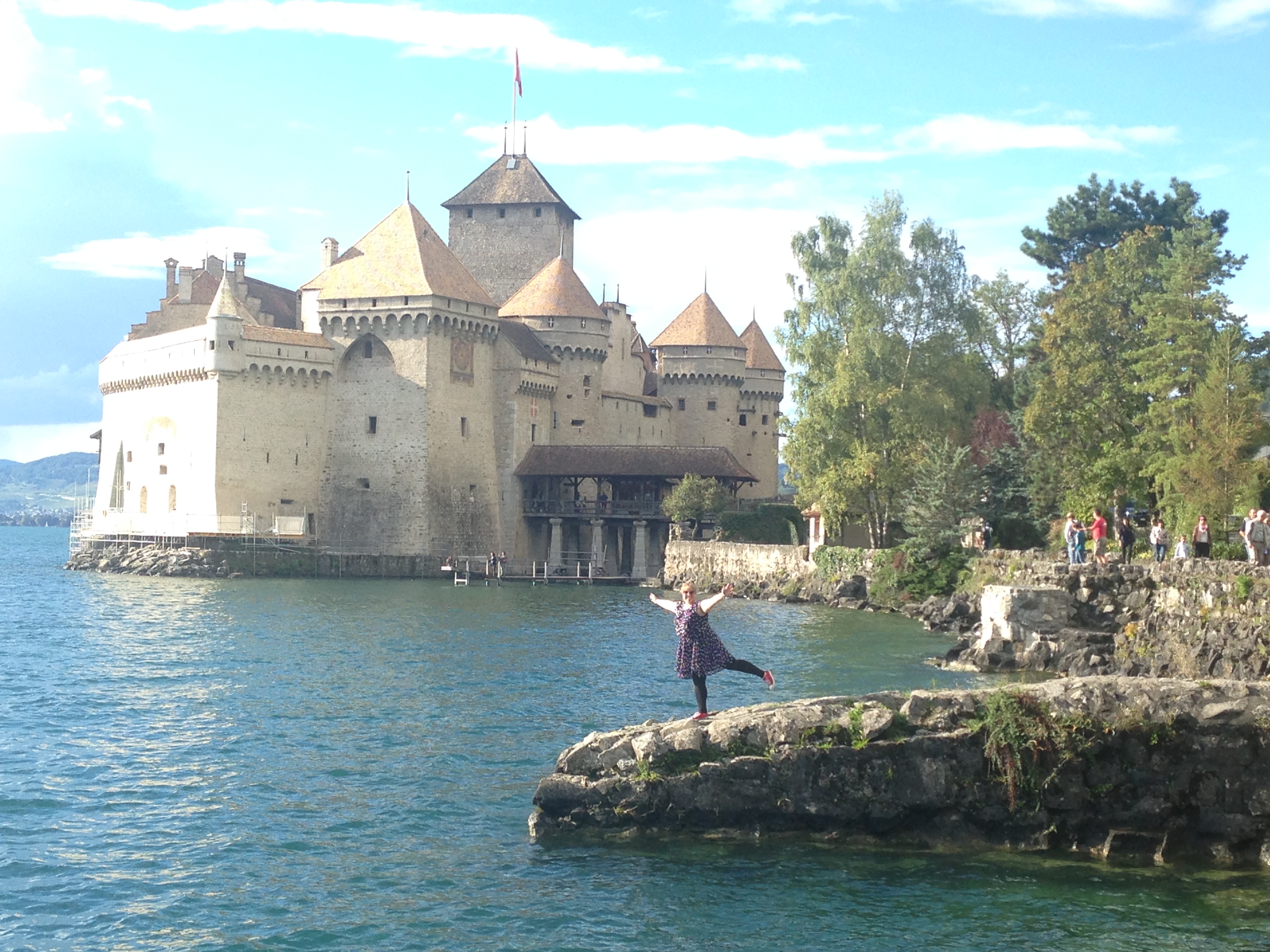 We wander around the turrets and fortifications – through the windows we see parachutes gliding over the lake, its approaching golden hour and the light makes this castle glow. The rooms house exhibitions that include armour – some of it beautifully ornate and all of it looks very uncomfortable to wear, let alone fight a war in. The rooms are beautifully decorated – you can see the faded paint, the small touches in the corners and around the windows. Some of the rooms can be hired for events – as we are wandering around, a cruise of what seems to be a university, in academic dress arrives. The different faculties are wearing slightly different dress – some have distinctive hats, some have kilts, some have full suits. It’s really interesting to see. And what a cool place to have a function! 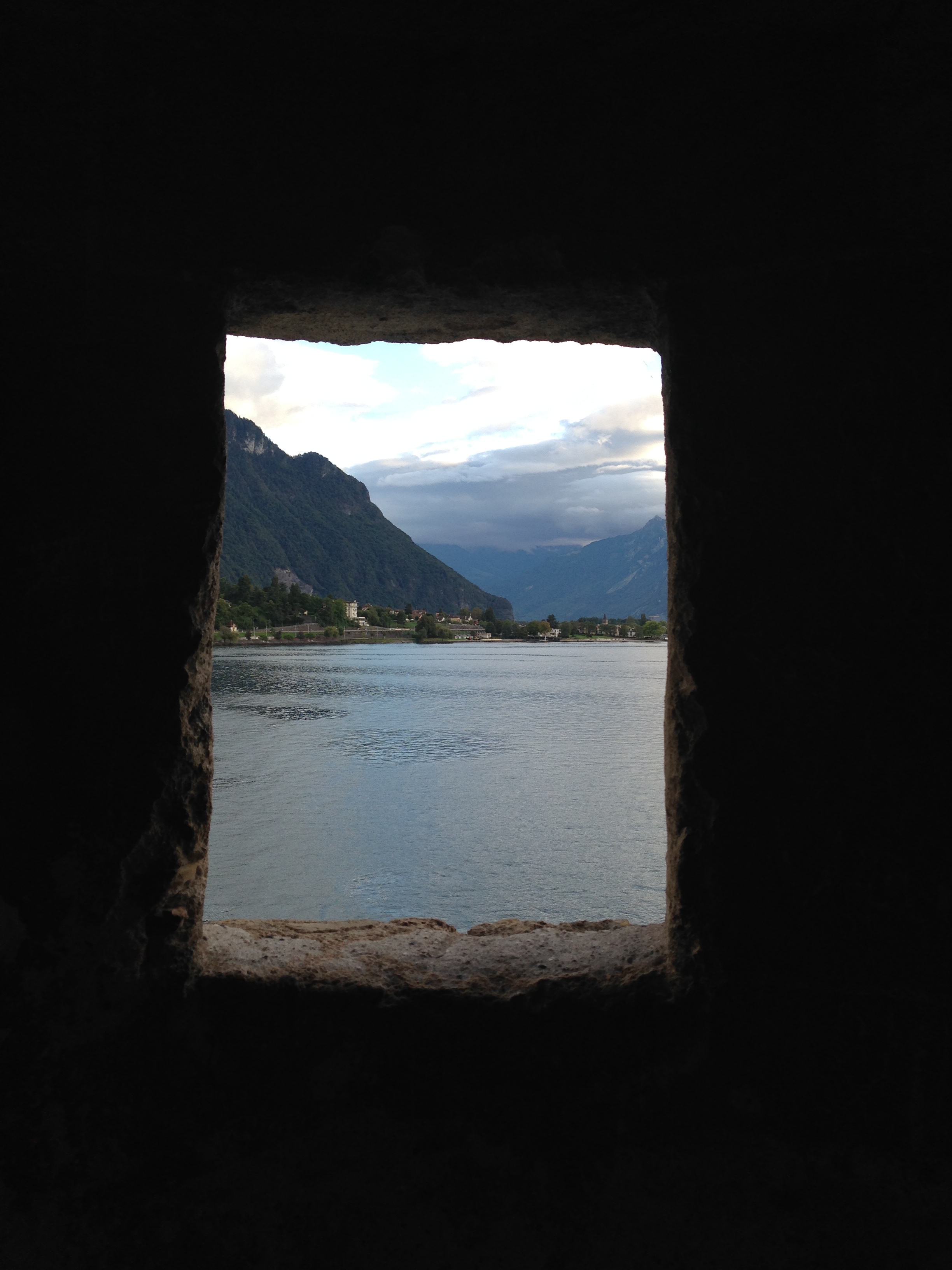 We very sadly leave this place as the sun goes down. And begin the long drive back to Geneve. As with lots of other traditional villages, we struggle to find somewhere on the journey back to have dinner. I am sad to say that we ended up watching the France v Italy game in a McDonalds – breaking one of my golden rules, to never eat from the golden arches when I am abroad.

The next day in Geneve, we check out of our hostel, stowing our baggage with them, as we are going to explore the city a bit more. The United Nations is closed on Sundays, so we headed down to the lake to have a wander. We discover that Geneve is a city of art. On the shores of the lake we come across three curious sculptures – one of a rearing horse and a naked man, another of a crouching child, and the last of a hand outline. I love the randomness of this. We are lucky to see Jet d’au this morning, as it appears to be turned off for the rest of the day. We take a boat across the lake to the Jardins Anglais and wander around for a while. These gardens are really pretty, with statues and fountains, and a botanical clock. A number of people ride bikes or skate around the water front. From here we walk up to the Old Town. The oldest part of the old town, houses St Peter’s Cathedral – which was built in the 1100’s – on top of an older 6th Century basilica. It’s stunning both inside and out and recently a lot of restoration and excavation has happened. It is so interesting to feel as though you are standing on the brink of history as you stand in this church. 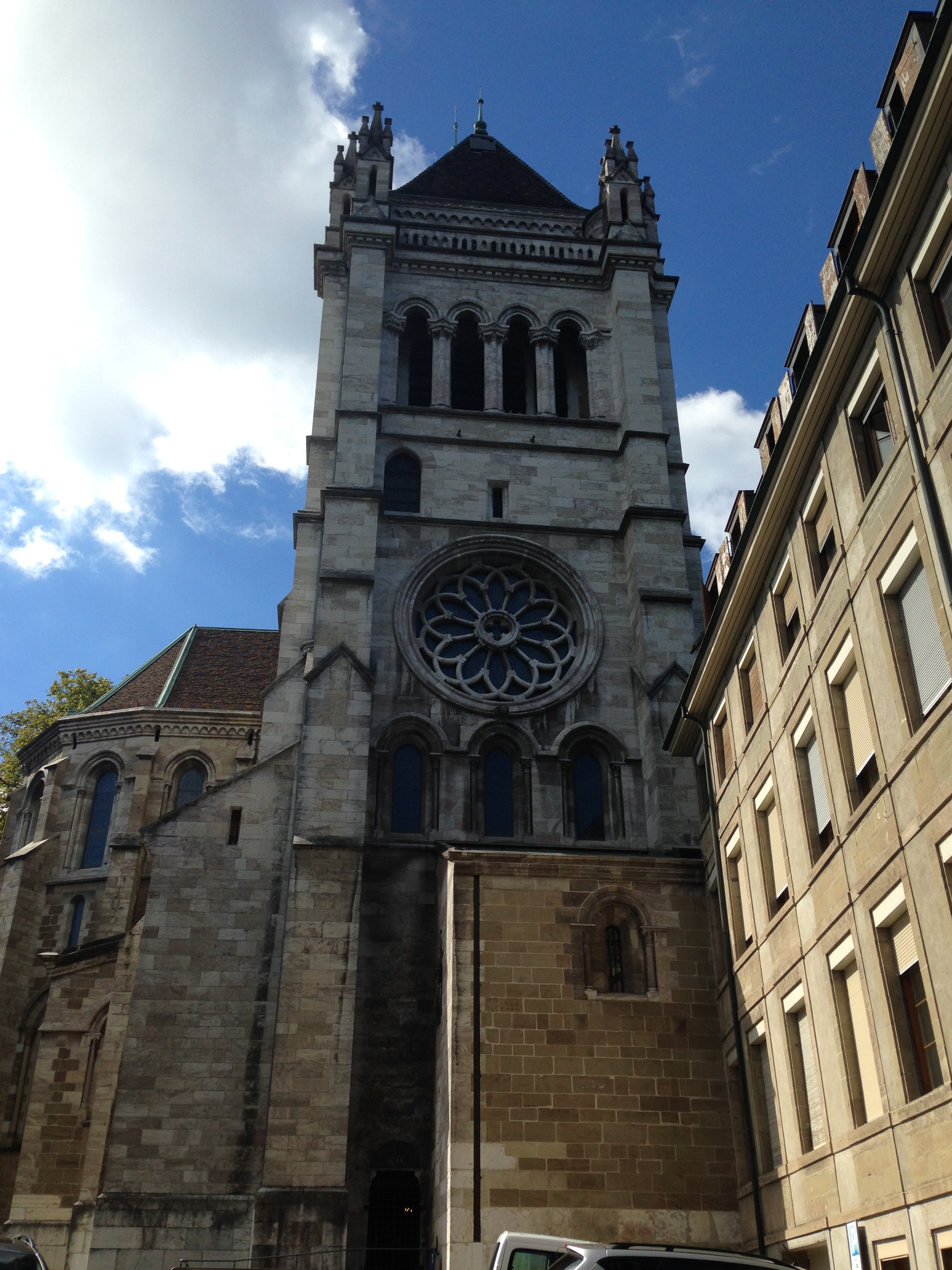 From here, we wander down the hill to the Reformation Monument, which sits in the beautiful Bastions Park. There are squirrels everywhere, cracking open chestnuts and nibbling on them. We sit for a while and admire the wall, which commemorates the Protestant Reformation and has the Lord’s Prayer, in both French and English.

From here, we head back to the old town for lunch. We find a wee café for lunch in the sun – and order Aperol spritz’ and a ham and cheese sammie, it feels very French. The café square is crowded with locals and tourists alike, enjoying the sunshine and atmosphere. We grab a gelato as we head back to the lake. As we head down the hill, we come across one of the oddest sites that I have seen for a while. As the city were excavating the carpark, they found the old city walls. They decided to keep going with the carpark, which is now fully functioning, and the city wall is also there to see. 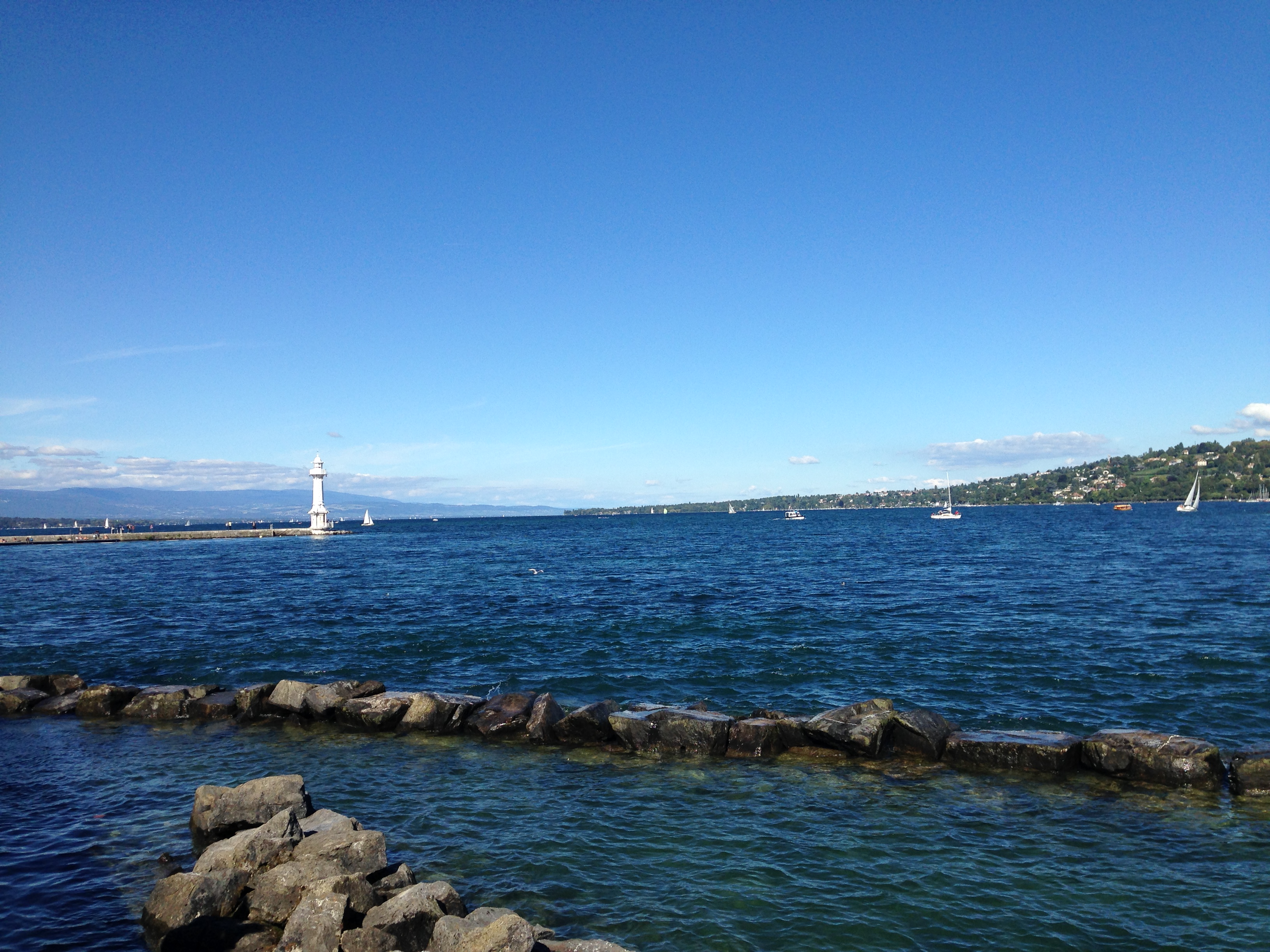 We decide to have one last boat ride before its time to head to the airport – and head out to a jetty with a lighthouse on it. It’s a truly beautiful day and I am soaking up all of the sunshine that I can get before we head back to London. 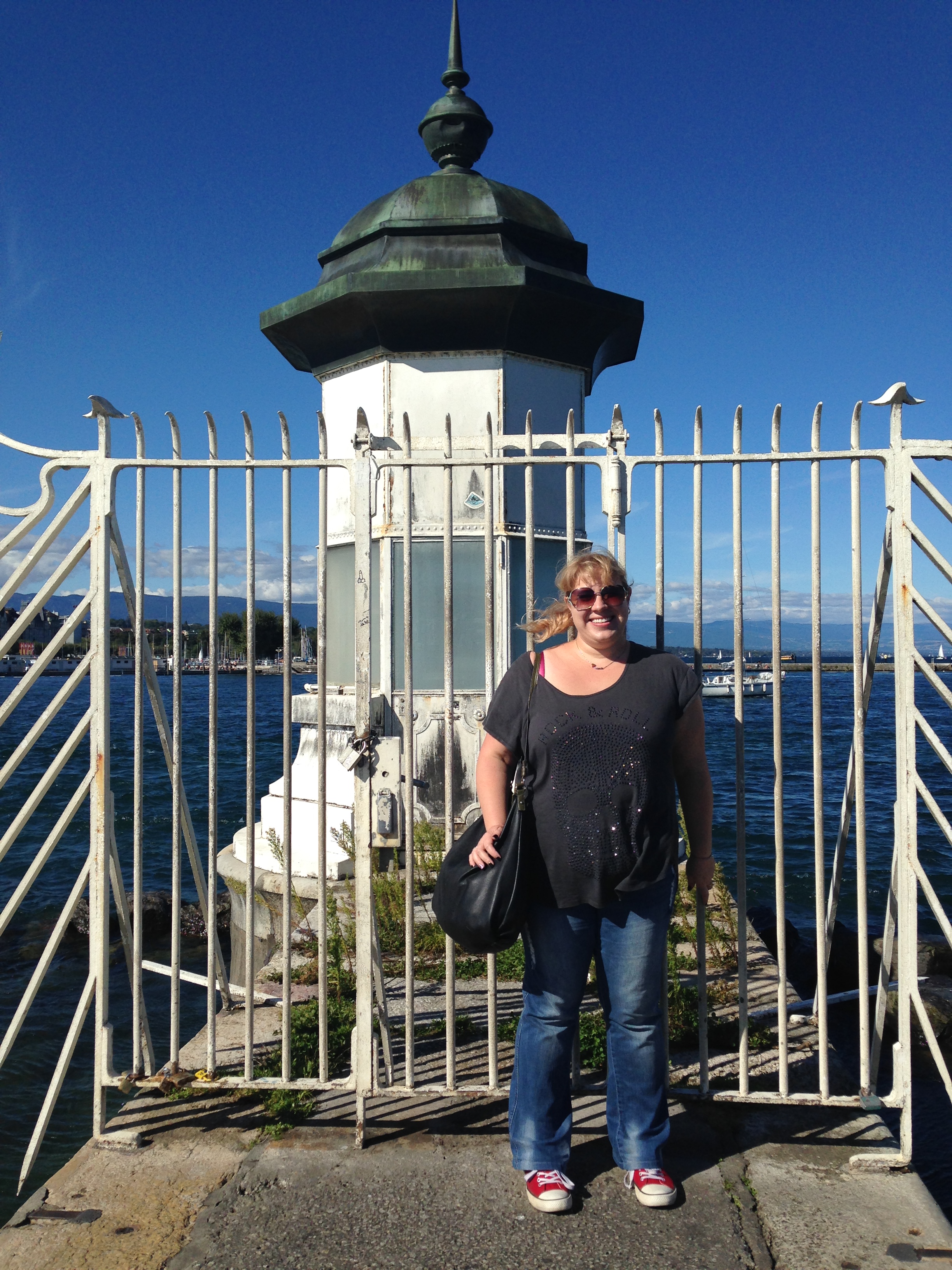 Switzerland is somewhere that I will go back to. The people are polite and friendly, the cities seem geared towards tourists, and the air is crisp and clean feeling. The welcome is real. Even as we are leaving, we convince the staff at the airport lounge to put the New Zealand v Argentina game on for us. We are suddenly surrounded by men of different nationalities, who want to see the Kiwis play, and a few are Argentine supporters but we make friends none the less. Arriving home I am so pleased that instead of spending a weekend on the couch, that I have learned a lot about a beautiful country. 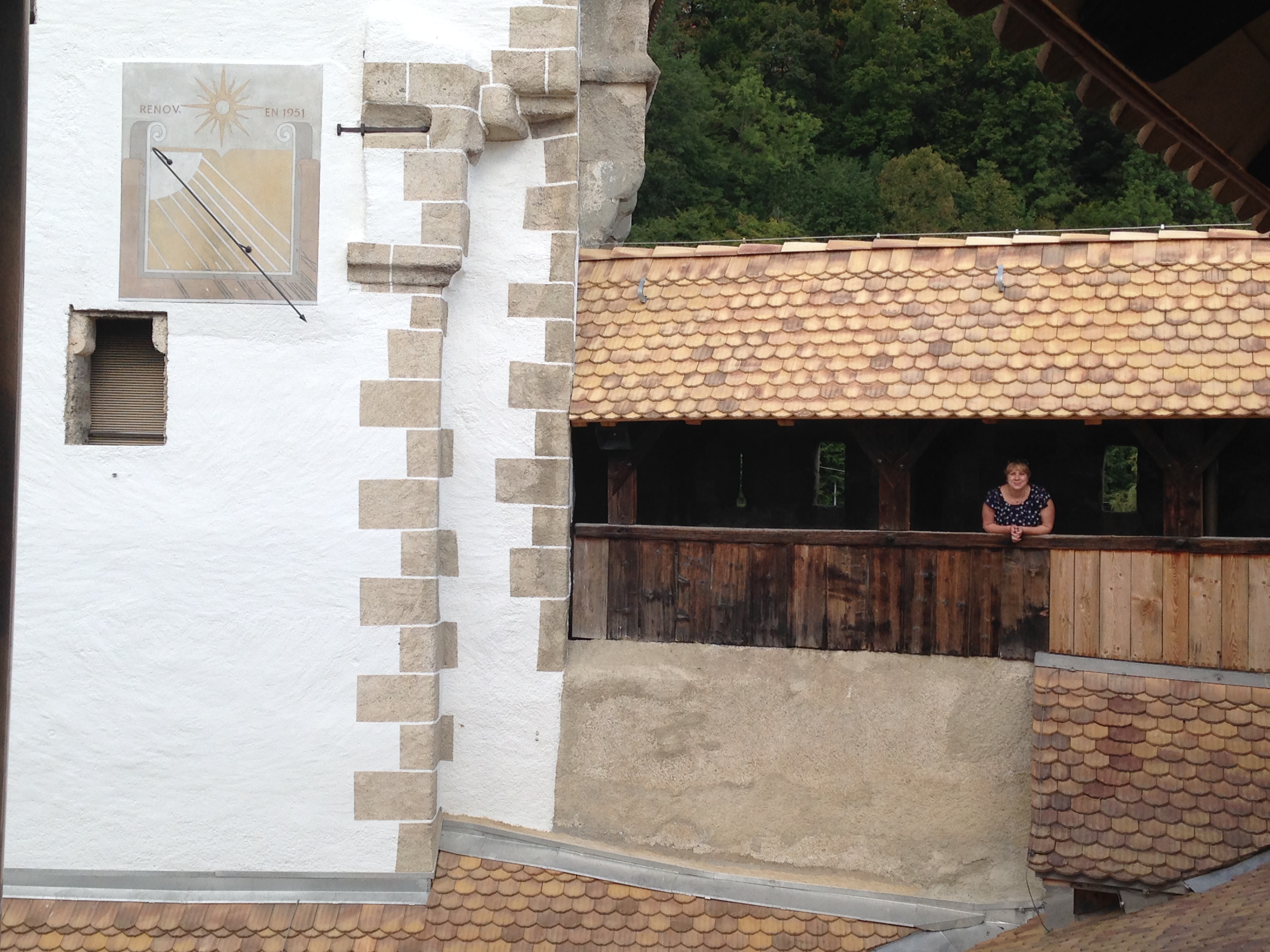 Be sure to follow along on my travels & get a behind the scenes look at the cultures I experience by following my Instagram Account. I’d love to bring you along for #DoTheDaniel!

Previous post:
Food & Wine | #McEwanTD takes the cake, the sushi and so much more! Next Post:
Travel & Lifestyle | TELUS opens its doors at CF Toronto Eaton Centre and we are obsessed!