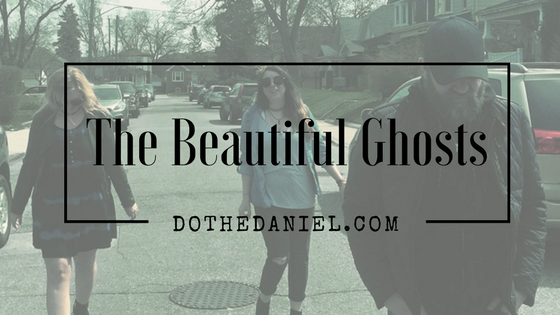 A Band You Just Might Wanna Watch Out For

Ottawa based Synth-Pop Rock band and MTV Featured Artists, “The Beautiful Ghosts” have just released their self-titled fourth album. The cover art is a simple black background, with bold white letters and broken glass surrounding it. Containing themes of Sci-Fi , space, love, and empowerment, I really enjoy these unique topics with heavy Sci-Fi vibes – because it’s not something that’s really seen much in Pop music these days.

I’m a big fan of Psych Rock and Indie music, which is more commonly seen in that genre, but most modern Pop is simply about relationships, partying, etc. – so it’s cool to see unique topics for this genre, individualizing the album even more. Another unique aspect of this band is that there are two main singers, Alisha Everett and (our very own) Catherine Sugrue, who divide up the songs, while sometimes supporting each other. Everything is written, recorded and produced by Butch Gerald, who also plays all of the instruments and sometimes adds some of his vocals to the tracks, when needed. Check out more of his extensive musical talents by visiting ButchGerald.com. 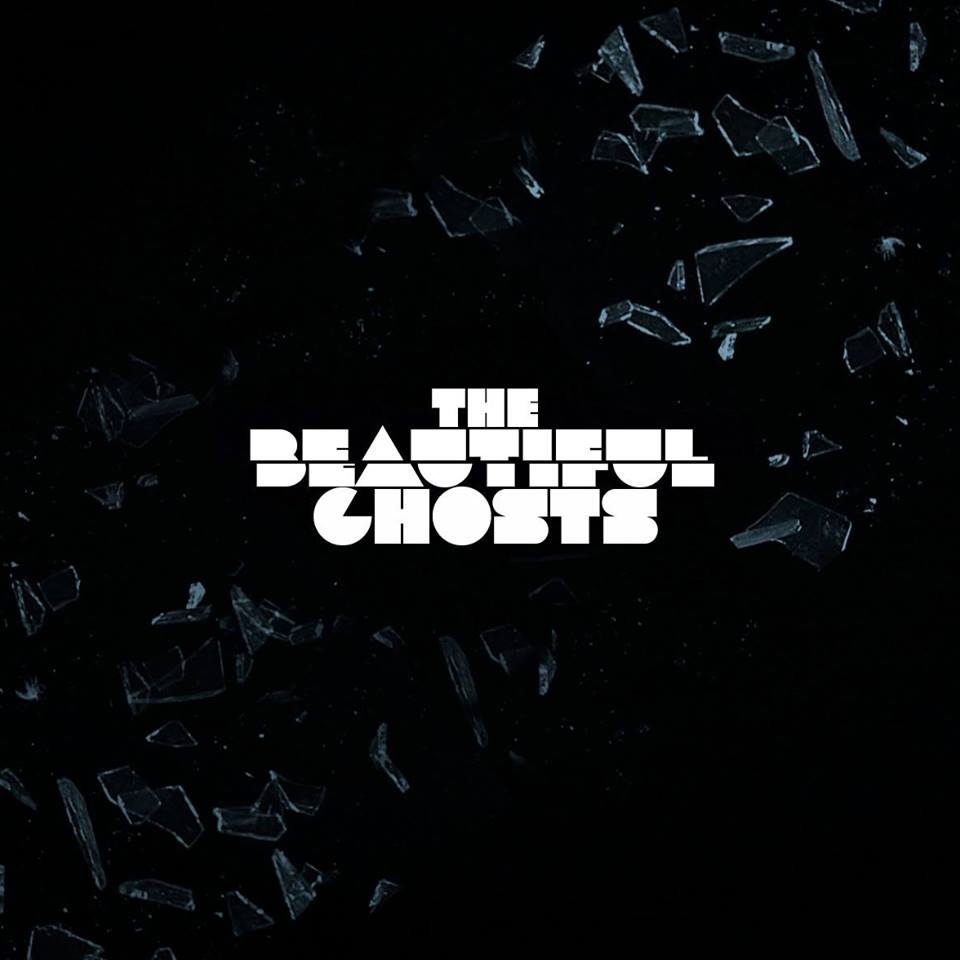 The album opens with hard-hitting track, “Here We Go”. This song is an ideal display of how well produced this album really is – everything is clear and concise. I enjoy the vocals on this track, however I wish the echoed reverb was toned down just slightly. I feel as though it doesn’t show the entire vocal capability of the singer.

I really enjoyed the spacey opening for “Daresay”, in which it then unexpectedly goes into an upbeat Indie-Rock sound. It follows into again utilizing reverb in the vocals, while adding into the spacey vibe, with a touch of rock – making this a fun and unique song about trusting your gut feelings. Watch the video for this song below.

I really dig “Atomic Disco”, which is one of the most popular tracks off of the album, being the single. The song has everything an ear desires – catchy synths, harmonizing, and an attractive light guitar throughout the chorus that leads into more synths. The instrumentals in the chorus reminded me a bit of “Bug” by Alex G, so it was cool to hear it in a more synth and pop style. This song is fun, catchy, and definitely something to dance to. Click below to listen to it now. 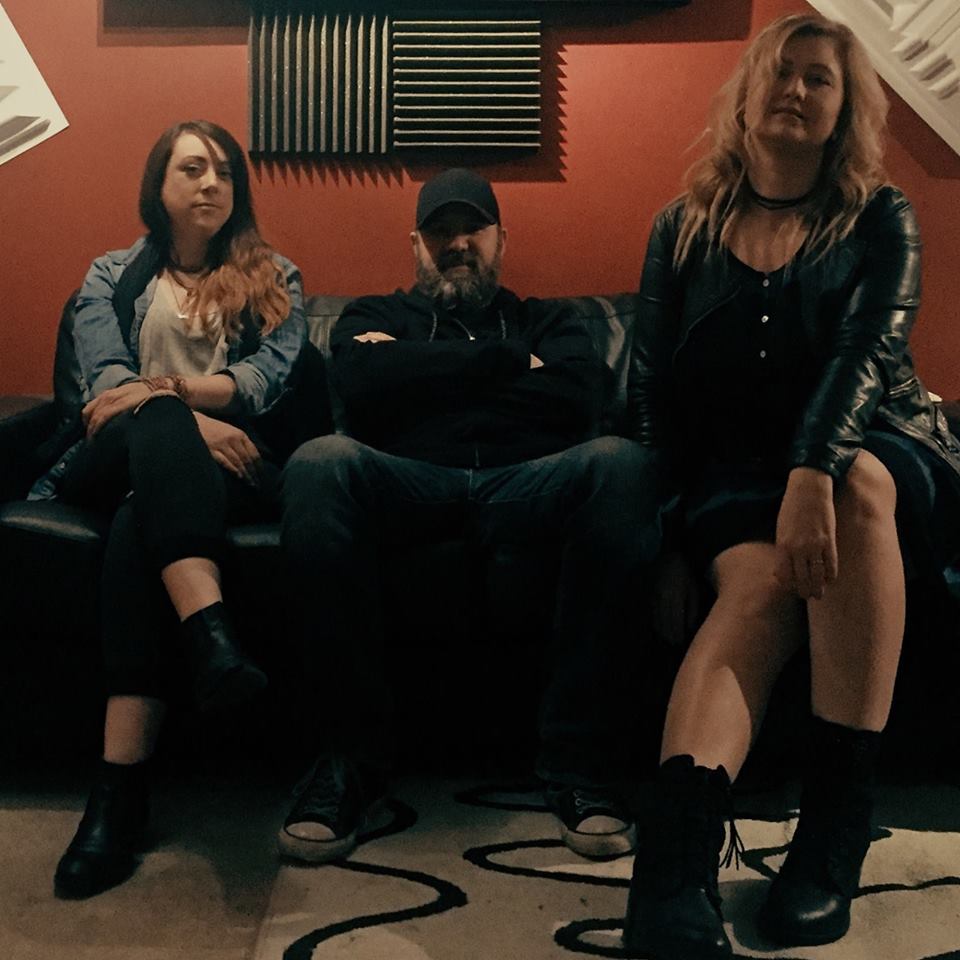 Their sound almost reminds me of a better version of Paramore. In my opinion, Paramore kind of fell off the wagon in the last few years – their sound turned into strictly Pop… but not even an attractive Pop. The Beautiful Ghosts have an older sound of Paramore WITH that Pop in it, but it actually sounds good. They are also quite relatable to Alvvays (specifically “Heartbreak Blvd.”) and Japanese Breakfast, at times.

“My Life (This Is)” was such a lovely way to end this album. Percussion jumps at you in the beginning, instantly drawing you into this empowering song. Vocals are filled with passion – all about living the life you want to live with lyrics such as, “This is my life, this is the life I choose”. Soft synths throughout are a great touch to the song, and overall it’s a very catchy tune with such a beautiful message. Society is filled with so many people trying to live a life that isn’t theirs or in other words, trying to be somebody they aren’t just to fit in – for a song to be released about this topic right now is so important. On top of the topic being so relevant, vocals and instrumentals are incredible – as well as the mid song break down. To end, it slowly tunes out with soft vocals and chimes.

Overall, I enjoyed this album. “The Beautiful Ghosts” included un-common and important topics, beautiful and passionate vocals, and unique instrumentals. I felt empowered and the album left me thinking, and it should do the same for all who listen! Recently, a few of their songs have been featured on MTV’s Teen Mom 2 and added to the MTV Soundtrack. Their gaining traction and are definitely a band to watch out for! 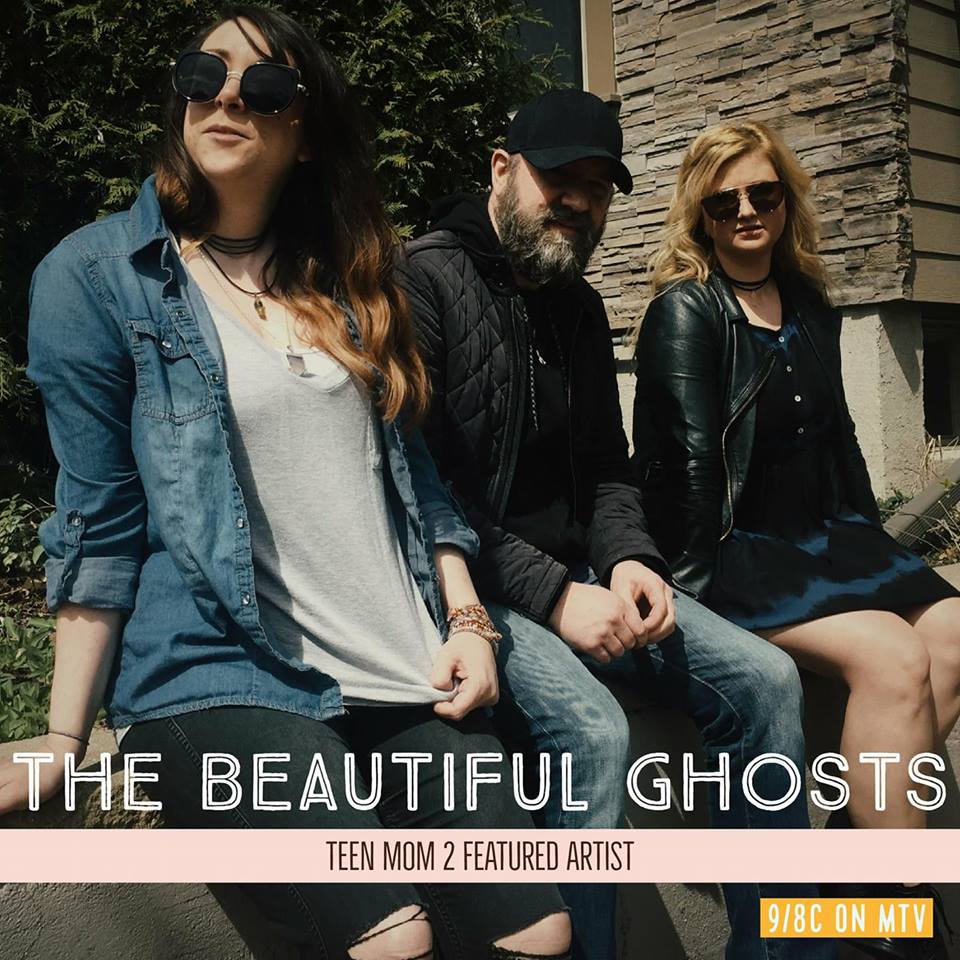