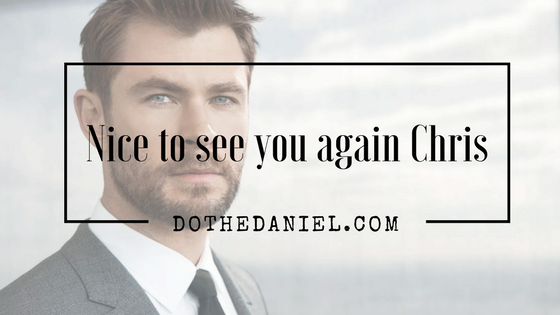 We’ve started sharing a lot about fragrances and beauty lately, and for a long time I didn’t know if it would make sense. But for something that touches each and every one of us (figuratively and literally) I thought it was time to share news from some of our favourites. And when a Hemsworth is involved, you KNOW my curiosity is peaked!

Hugo Boss, an icon in the fashion and fragrance realm, “unveils the next chapter of its Man of Today campaign with a new mission: to inspire men to show the world who they are through their actions, and the values by which they live their lives.” And did I mention that they have chosen Chris Hemsworth as the face of the campaign? Though the announcement is officially being made today, I am anxiously waiting to see the campaign evolve over the next year, and to learn about #ManOfToday alongside the highly successful BOSS BOTTLED.

“The Man of Today campaign is all about representing the idea that actions speak louder than words – a principle I’ve always tried to embody and live my life by. It’s one thing to say you’re going to do something but to back it up and do it is a whole other thing. It’s an attitude that my parents bestowed upon me and an approach I hope to instill in my kids as well. It’s about the qualities of honesty and integrity, which is a great message to be a part of.” Chris Hemsworth – BOSS BOTTLED ambassador. 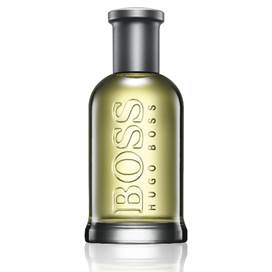 I have no doubt in my mind that the creative minds behind the new campaign, officially launched for the fall in Canada, will have us all inspired. Shall we take a look at the previous iteration of #ManOfToday while we wait? I could listen to this man speak all day long.

What is masculinity? That is really the question isn’t it. Why not join in on the social media conversation with us centered around this exciting launch by following @HugoBoss and using the #ManOfToday hashtag. Let’s all let Chris know how happy we are to see him again. We can’t wait to hear your thoughts!

Mobile photos will be taken with my NEW Huawei P10 Plus