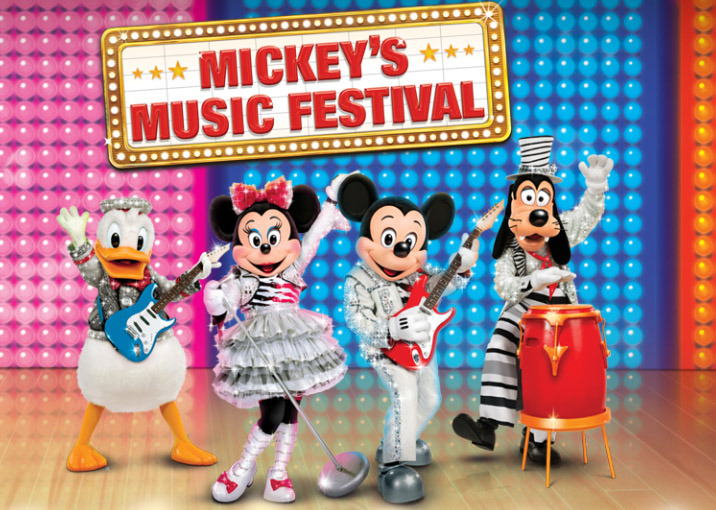 Yes, there are 5 exclamation points following Disney in the title… what can I say, I’m THAT excited! Something is coming to town, and it’s not just Santa… it’s Disney Live! Mickey’s Music Festival!! Produced by Feld Entertainment, Disney Live! Mickey’s Music Festival is aiming to be the biggest concert experience to hit live family entertainment, and I get to take Lyric the day after his 4th birthday! EEP! I have a feeling he’s going to go absolutely BANANAS when he sees this! At this point I’ve left it a surprise, but I have a sneaky suspicion he might start wondering when I’m dressed as Woody and he’s dressed as Buzz and we’re leaving the house.. and it’s not Halloween! haha! (and just so you don’t have to simply imagine what that would look like.. here’s a picture haha!) 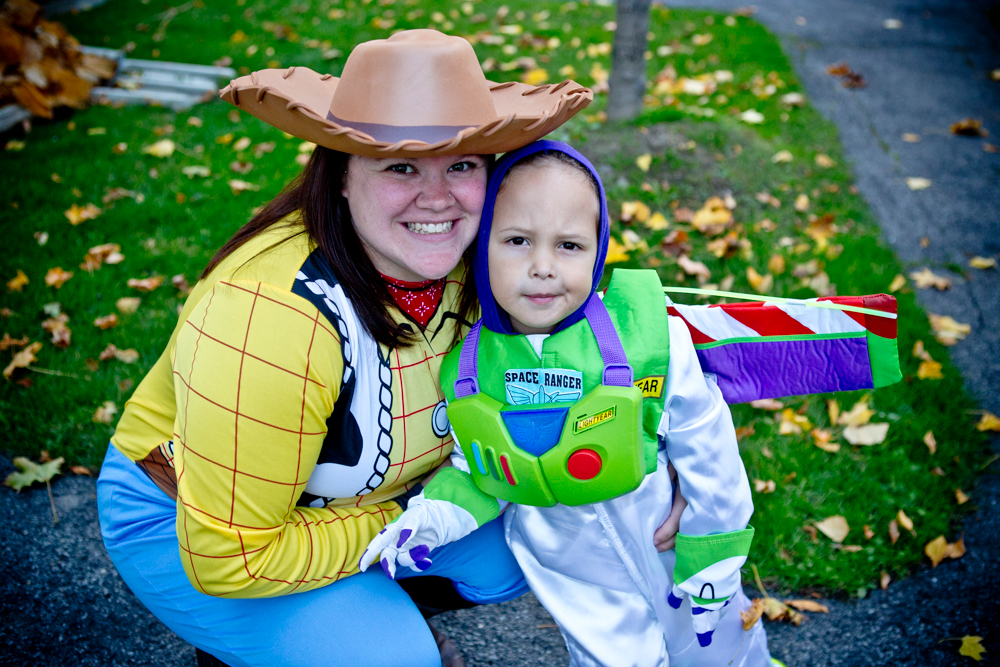 Disney Live! Mickey’s Music Festival, featuring an all-star line-up of more than 25 Disney characters, begins with audiences watching a state-of-the-art video projection of the frenzy backstage that spills onto the stage as Mickey welcomes guests to his concert tour. Soon thereafter, they will be transported to a new world of hip-hop beats, dizzying acrobatics, flying carpets and magical transformations with Aladdin, Jasmine and Genie. Underwater is where the crowd will meet up with Ariel, Sebastian and their nautical pals to groove to the reggae rhythm. And then family and friends will stomp to the beat as Woody, Buzz and Jessie teach them how to boogie rodeo-style.

“One song can touch millions of people around the world and Disney has been at the beat of this concept for years by making music a main ingredient of storytelling,” said producer and CEO of Feld Entertainment Kenneth Feld. “In Disney Live! Mickey’s Music Festival we are celebrating with the Disney characters to a soundtrack of the latest sounds and chart-topping hits. We want our guests to walk away with lasting memories and singing these unforgettable melodies long after they leave the show.”

I had the opportunity to speak with one of the ensemble cast members this morning, Matthew Rowe. Matthew has been with Feld Entertainment since 2008 and has sinced performed in 5 shows all over the world! Prior to this, he worked at Disneyland, and has mastered 11 instruments, so it’s clear to tell he loves entertaining! Being that there are 15 cast members and the show will have 25 different characters performing, it’s safe to say that he’s involved in a lot of quick changes back stage! One of his favourites is the Green Army Men! Something I didn’t know about the show, that I feel privy to know thanks to Matthew, is that the opening number is the only original song that was written specifically for this show! I cannot WAIT!

Lucky for you, there are still LOTS of dates coming up for you to be able to take your lil ones to see the magic that is Disney!

Head over to DisneyLive.com for more information on how to get tickets in your city! Be sure to stay tuned to my twitter and instagram for TONS of photos and videos from the show this Sunday!