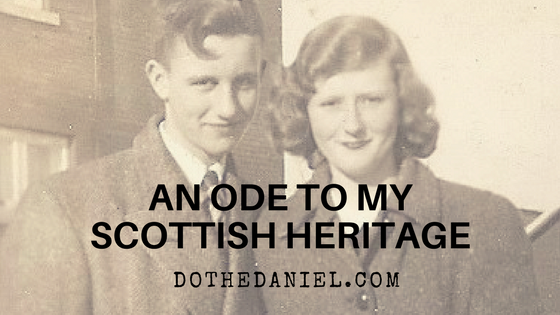 Memories within a glass of scotch

For those of us who are fortunate enough to know a little bit about our personal family histories, following their footsteps is an interesting journey back in time. If you haven’t looked into your background yet, I strongly encourage you to do it. It can be a both humbling and entertaining experience. Yeah, sometimes you find out things that you didn’t want to know, tales of war or of heartbreak. But when you come across pieces that remind you of yourself, it’s an inexplicably wonderful feeling.

My grandfather was adopted at a very young age. Too young to remember, because he only found out by accident in his early 20’s. You see, he was having these wild dreams about someone who he thought was his father – which didn’t make sense because he already had a father in his life. So, when my grandmother was pregnant with my aunt, she was at a family gathering and told his grandmother about these crazy dreams he was having of a man who was a diamond miner in South Africa. And she stared my grandmother right in the face and said, “oh well that makes sense that he would dream about someone else being his father, because he’s adopted!” And the rest is history. 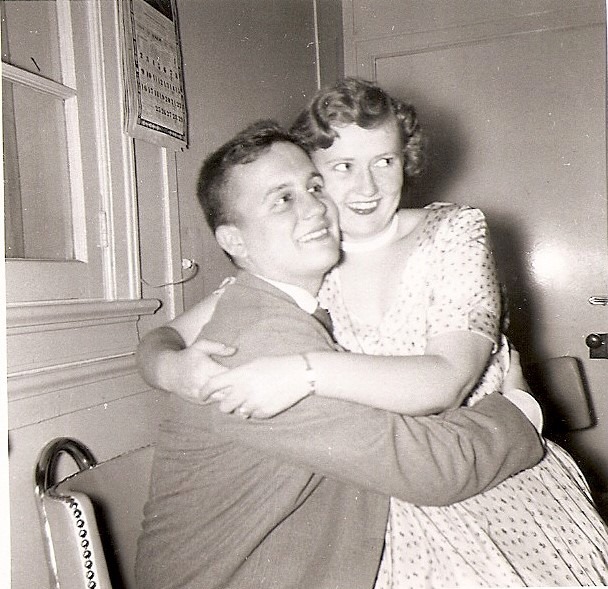 So you see, my last name is Sugrue, which is distinctly Irish. But I don’t have a drop of Irish in my blood (that I am aware of). My grandfather didn’t think much about being adopted – he knew who his family was and had no desire to look deeper. But, when he was diagnosed with a rare neurodegenerative disease, both he and my grandmother decided that it was time to do some research into his birth family, mainly due to a strong connection to the hereditary aspect of this specific condition.

Both of my paternal grandmother’s parents were Scottish. And my grandmother on my mother’s side was born and raised in England and my grandfather on that side was of a long-line of Scottish decent. So, when my grandparents went searching for my paternal grandfather’s biological family, I was thinking “ohhhh there’s gonna be something really different in there!” Well, his birth father was from France, which is pretty cool since it’s one of my favourite countries, and his mother was of mainly English descent. So, this just means that more than anything else – I’m still really Scottish and English.

Digging deeper into my lineage showed that one of the clans from which my family line originated was a whole bunch of super-tattooed women warriors – called Pictish. Google that shit, it’s cool. And the other side of my Scottish heritage was involved in many bloody battles, but lost a lot of them. It’s so interesting to think about how far we’ve all come from these days. I wonder if this fire and passion is passed down in our blood, or if there is any connection to the way we behave today. Not like I’m running around losing bloody battles or anything, but I am pretty much a tattooed warrior woman (or so I’d like to think). 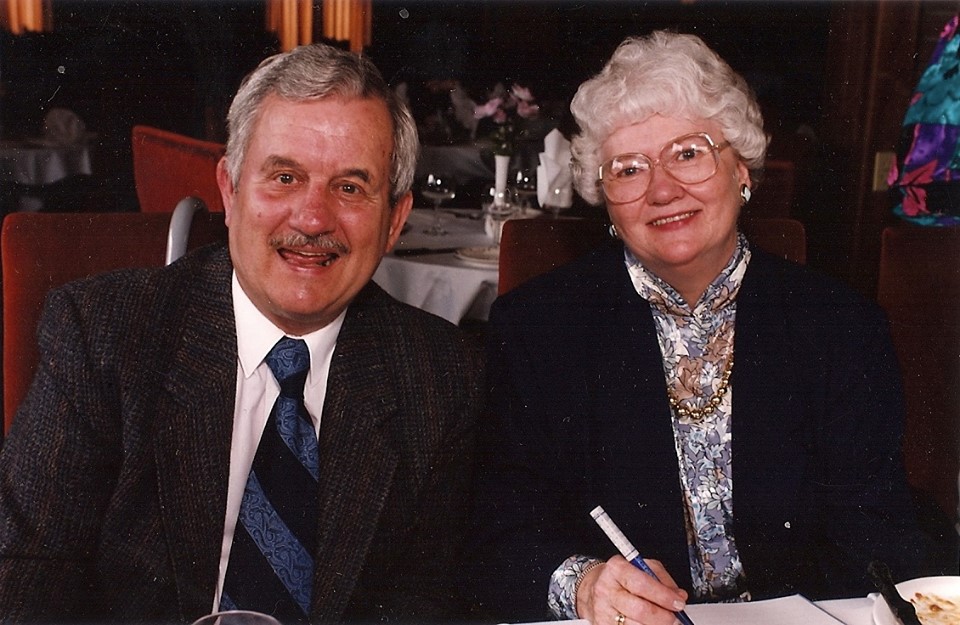 I can still remember how much my grandparents loved each other. It was almost palpable when you walked into the room. One of their longest standing traditions was to sit by the fire together and share a nightcap over good conversation. I distinctly remember watching from afar as the two of them had those special moments together. The smell of scotch lingered in the air, their glasses clinking, the sound of laughter or of my grandmother teasing, “oh David!”

For me, a lot of memories are tied to smells, sounds or feelings. When I open a bottle of scotch or even if I just catch a whiff, I’m immediately transported to those nights. I think about what they must have been talking about or about how much I miss them both dearly. When I miss them (which is every minute of every day), I try to remember that they are both together now. Laughing and loving each other as they did when they were here with us. Sometimes, this brings me solace when I find that my emotions are taking over me. Though at separate times, they both had a wonderful memorial service too. Although, I think something like this burial insurance for seniors had a part to play in this, as it meant we didn’t have to worry about any expenses as they had already been taken care of. Of course, this took away a lot of pressure, but we would’ve found a way around it anyway. For now, I just hold on to the memories we had together when drinking a bottle of scotch.

Any excuse to get the scotch out, I say. But now, when I get together with my dad, aunt and their families, we raise a glass of scotch in honour of my grandparents while sharing stories and laughter. It’s a beautiful way to remember them. And it’s a perfect excuse for a cheeky drink too. But don’t tell anyone I said that. 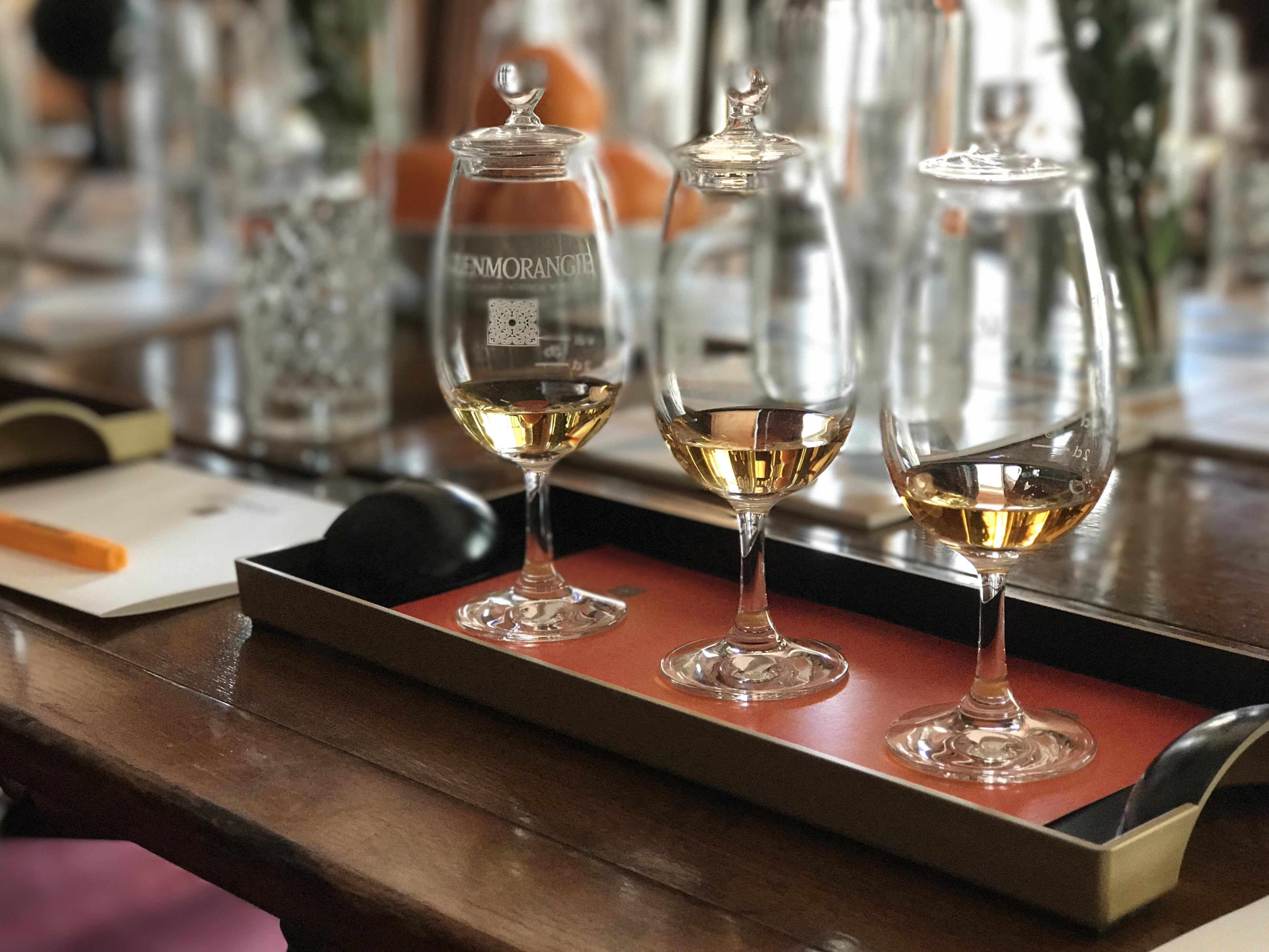 One of the very select few brands of scotch whiskey my grandparents would always drink was Glenmorangie. When I did some digging into the history of this distillery, I discovered that they took inspiration for their signet from a symbol called The Cadboll Stone.

“In the year 297AD, the Romans discovered a proud and free race ruling in the North-East of Scotland. The Romans called them Picts – the painted people – because they decorated their bodies with inks and pigments. On their skins they depicted the sweeping lines of the landscape, the colours of the heavens and nature’s Aurora Borealis: a dazzling display of red, green and violet that arcs and flickers in the night sky. These people cultivated the very same golden fields that surround our Highland home, fields where we today harvest the barley that becomes our malt. And it was here, in an open glade that borders the sea, that the Picts carved their story into the Cadboll Stone.” 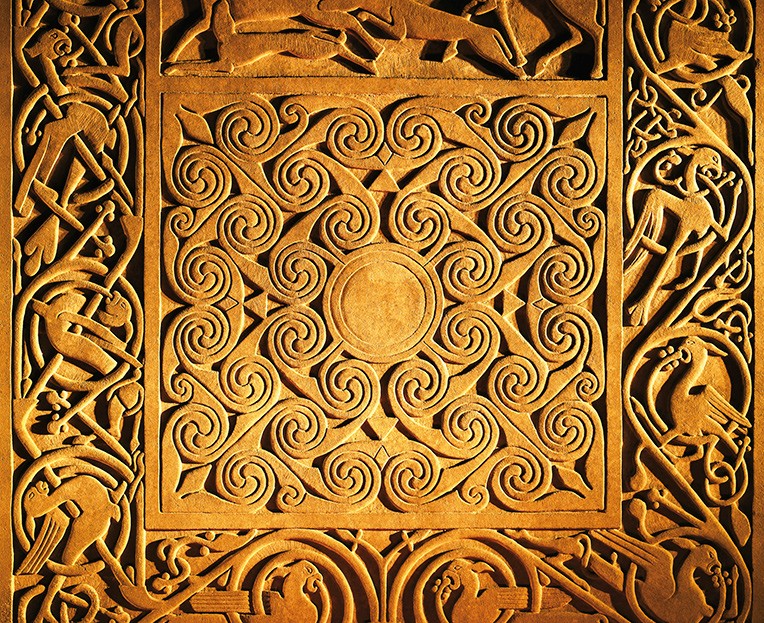 Ummm excuse me, but those are my people! How cool is that? The more I learn about Glenmorangie and the more I drink it, the more I love it. They use the tallest stills in Scotland, at 8 metres high, with their long copper necks standing at 5.14 metres (16ft 10 1/4 inches). This means that only the very lightest and purest vapours make it to the top, giving a smoother, more elegant whisky.

They only use their casks twice for their Original Blend, while other distilleries use theirs up to fix or six times. This ensures that the maximum amount of flavour is always extracted during maturation, delivering a rounder, smoother taste. Their water source is also one of their most prized assets! The Tarlogie Springs is the product of rain that has been forcing its way through layers of limestone and sandstone for a hundred years. These natural minerals give it ‘hard’ water qualities and provide Glenmorangie with a raw ingredient unique amongst Highland distilleries. These waters are where my ancient ancestors drank, considering the pure, mineral-rich waters of the Springs to be sacred. 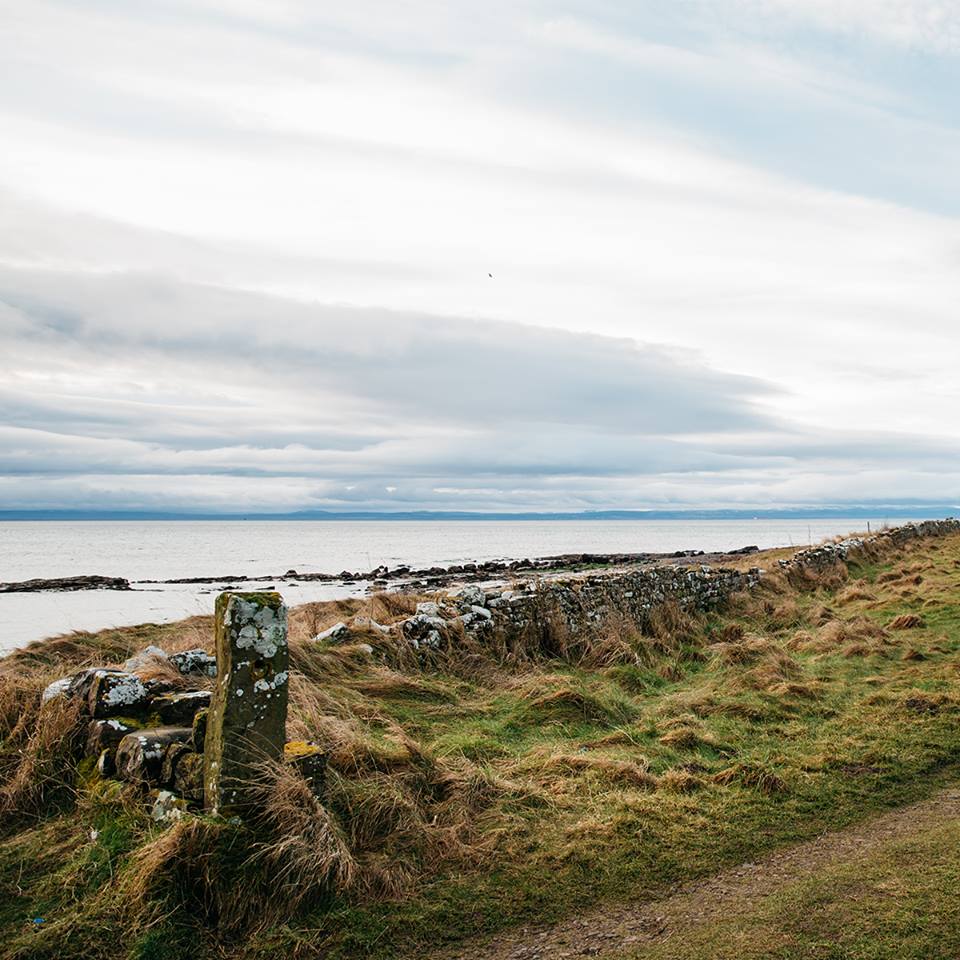 I was fortunate enough to attend an intimate tasting in order to try the newest edition to the Glenmorangie family, Bacalta, their 8th release in their multi-award-winning and always intriguing Private Edition. This was led remotely by Dr Bill Lumsden, an expert in his field, who has spent over twenty years experimenting in order to perfect the different finishes that make up their extra-matured range.
“Glenmorangie Bacalta brings new heights of complexity to a rare wood finish. Inspired by the long, balmy days on the island of Madeira, Glenmorangie Bacalta (Scots Gaelic for “baked”) is a sun-soaked single malt which delivers wonderfully warm layers of sweetness, brimming with baked fruits and honeyed tones. It has been created from Glenmorangie first matured in former bourbon casks, then extra-matured in bespoke casks baked under the sun which once contained Malmsey Madeira – the sweetest and most prized of the Madeira wines.” 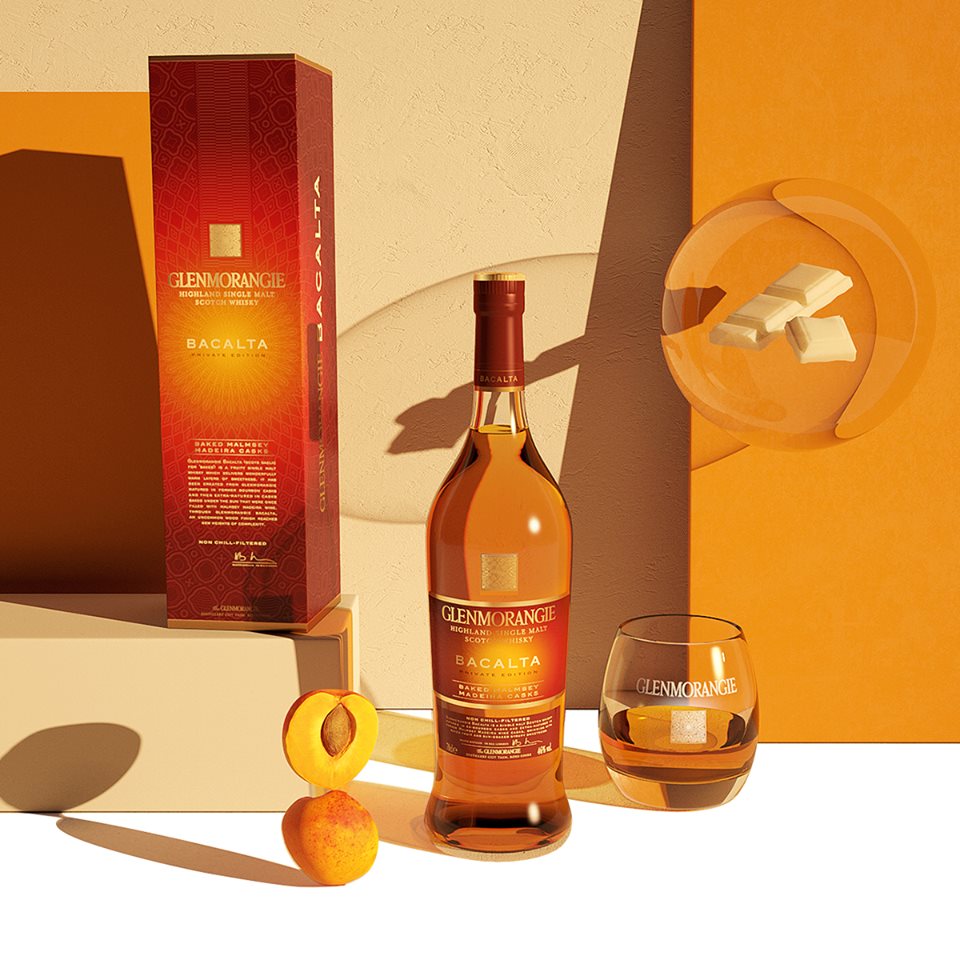 Now, although my ancestors would likely be turning in their graves at the thought of me using a fine scotch whiskey like Glenmorangie to cook with, I will tell you that they would be proud that I am in fact honouring them all with this specific recipe. Oh, and for the record, you will want to pour yourself a glass to accompany this hearty meal! My grandfather made his famous beef stew quite often, so when I first created this dish, my whole house smelled like I was transported back into the kitchen with him. And that, my friends, was an equally wonderful and emotional experience. 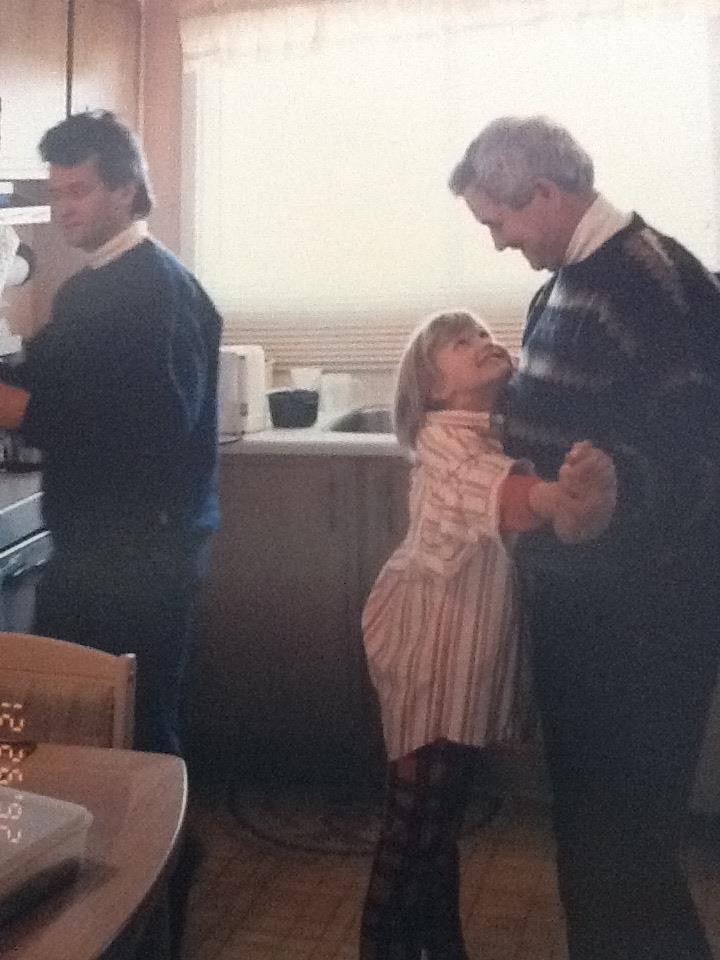 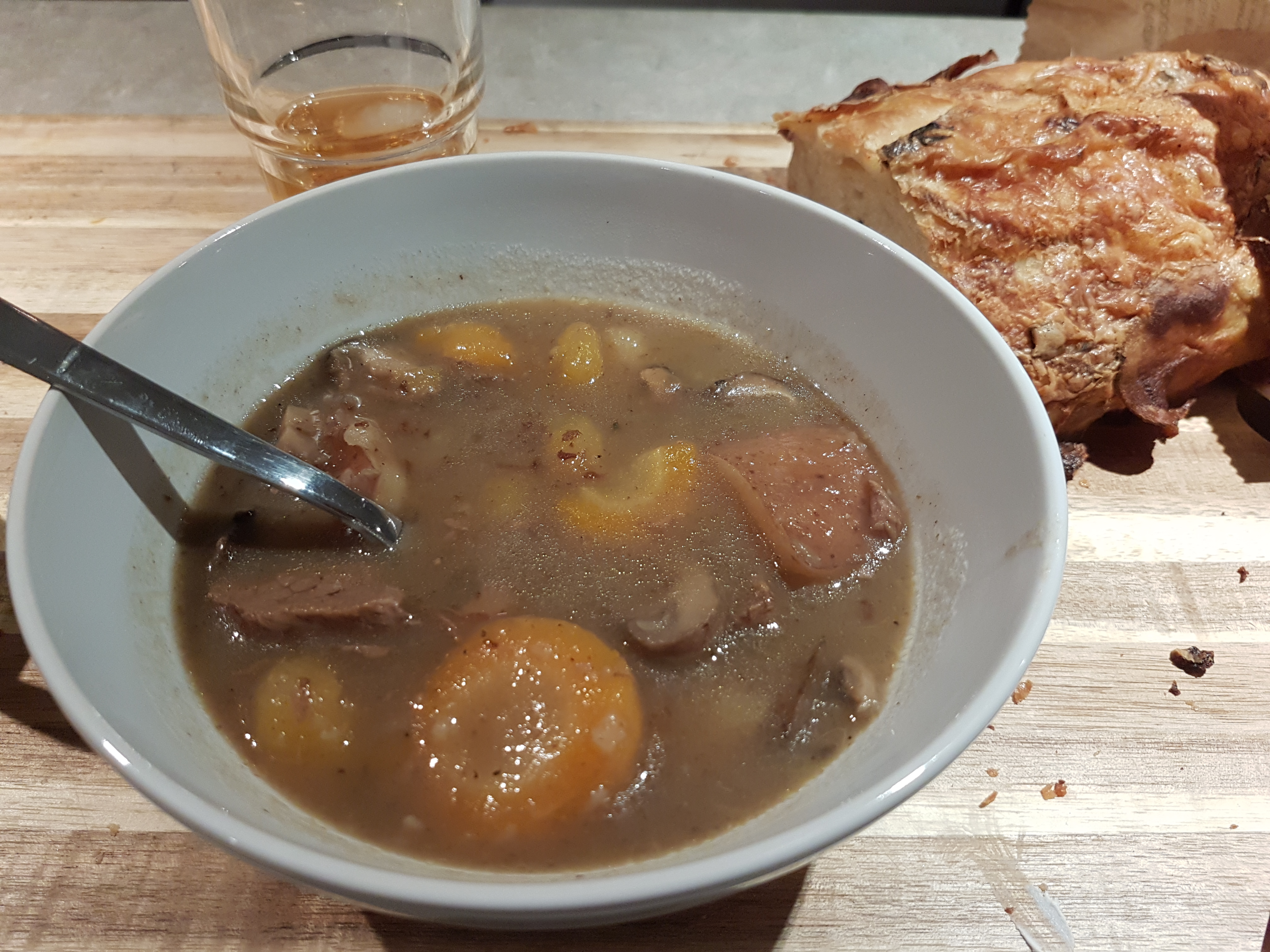 Serves 6
Write a review
Save Recipe
Print
Ingredients
Instructions
Notes
By Catherine Sugrue
Do The Daniel https://dothedaniel.com/
Be sure to follow along with my Instagram account! For more information and helpful tips, make sure to stay up to date with all things Health & Nutrition on my website, Catherine’s Cabinet.

Previous post:
How you can make a difference this #HeartMonth Next Post:
Combining two of my favourite things for one epic message