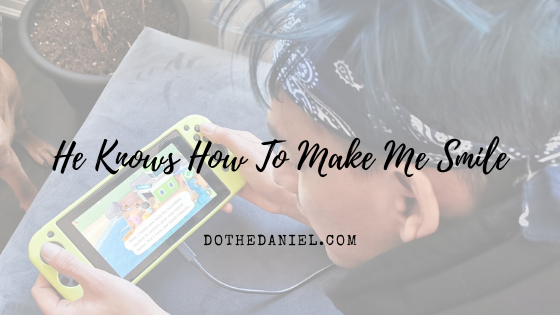 My Love For Him Knows No End

Now, you might be thinking that I meant Julio – and while the statement is true for him as well, there is a another man in my life that has been there for me and whom I love with all my heart. Many of you know him, or maybe it’s time you reacquaint yourself with him. So… without further ado, let me tell you why I was inspired to write this love letter- esque blog post.

Mario. That beautiful man in that iconic red hat – probably one of my longest relationships with a man who consistently has made me smile in Nintendo games since the first ever console.

In a time when so much of the world is uncertain, I couldn’t be more excited to celebrate with Nintendo as we inch towards celebrating Mario and a big anniversary.

On the heels of our love affair with Animal Crossing, and Pokemon Sword and Shield in the early months of lock down, I have realized that having something fun to enjoy on a daily basis with Julio is more important than ever.

Mario has come a long way since jumping on that first Goomba in World 1-1 of the original Super Mario Bros. game. Now, 35 years since the launch of that game in Japan, he is starring in new games on the Nintendo Switch system, lending his likeness to brands like LEGO®, PUMA and Monopoly, and watching as fans battle it out using Super Mario power-ups in Splatoon 2.

I think now more than ever, enjoying the simple things in life like playing a new Mario game on your Nintendo Switch can help to disconnect from the intensity we all can feel. Not to mention it’s a fantastic way to enjoy a date night with your special someone, pass on a tradition to your kids or children in your life (I need to get a Switch for my niece now that she’s five years old and old enough to enjoy it properly), and to just smile for the sake of smiling.

For more information on Nintendo Canada & the amazing releases coming in the next few months, make sure to check out their website today.

To join in on the social media conversation, make sure to follow @Nintendo on Instagram, @NintendoCanada on Twitter & ‘Like’ their Facebook page. Make sure to follow and use the #SuperMario35 hashtag to tell us how excited you are for the suite and to see what people are saying about it starting tonight with the media preview.