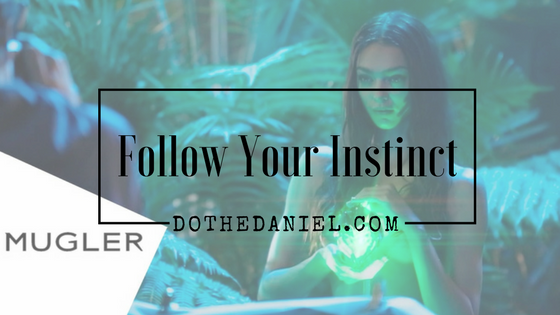 The Heart of a Strong Woman

I’m a big fan of strong women. And now, more than ever, they’re being celebrated and supported through movements around the world. In particular, I’m drawn to women who have forged a path in history and have been a role model for all that defines “woman”: instinctive, strong, courageous, inspirational, unique, determined, brave and spiritual, among countless other descriptors.

When I learned that Mugler had launched a new fragrance that embodies the spirit of women who love life, I immediately knew that I wanted to wear “Aura” by Mugler. Created by Sandrine Groslier, Pierre Aulas, a team of perfumers, and visual creator Christophe de Lataillaide, the fragrance combines five substances:  three hearts (The Beating Heart – Tiger Liana; The Botanical Heart – Rhubarb Leaf & Orange Blossom and The Animal Heart – Bourbon Vanilla & Wolfwood); two overdoses (Tiger Liana & Rhubarb Leaf), and; one magnetic field. 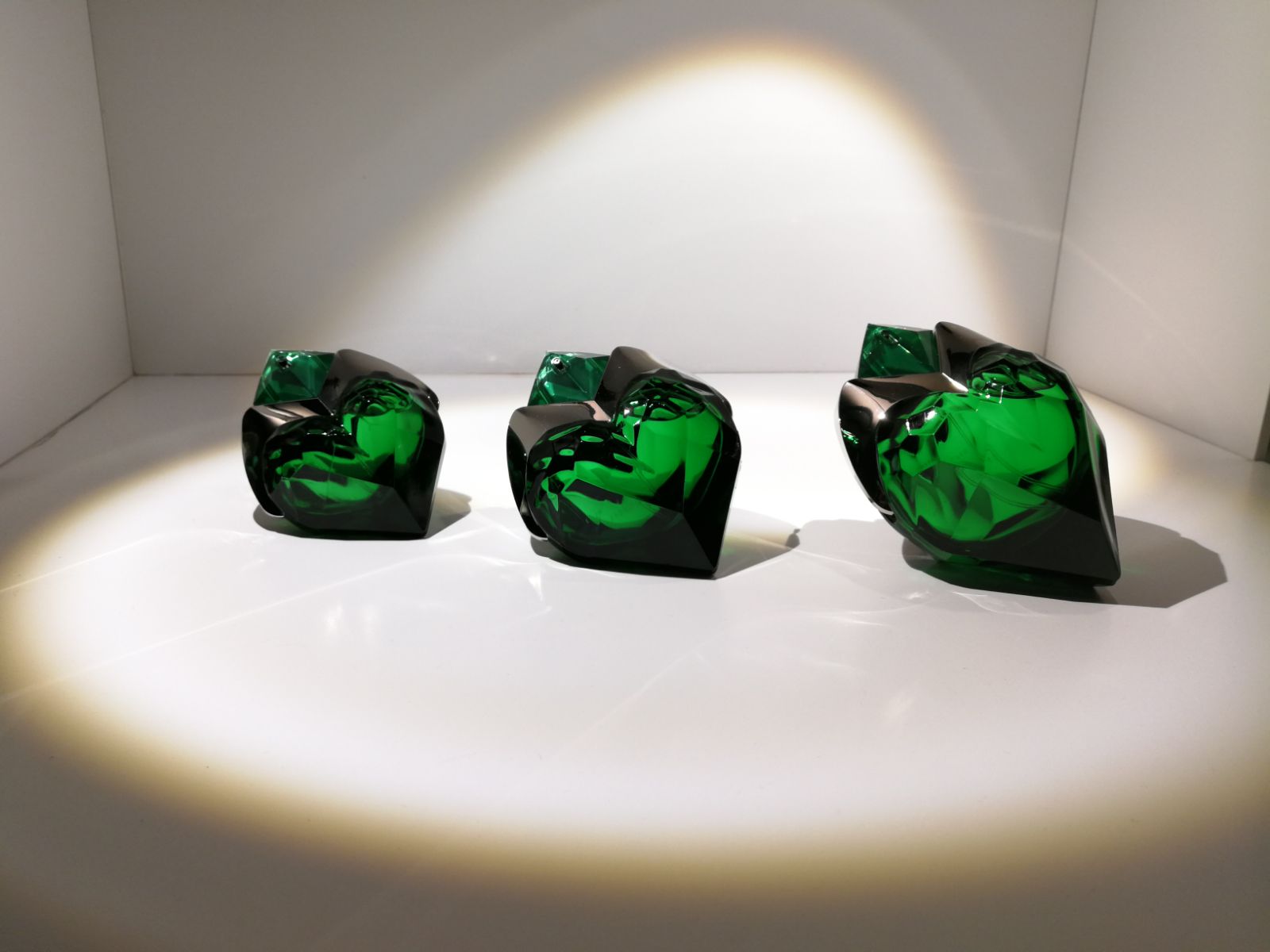 I imagine myself as Joan of Arc the heroine of France, who led the country to victory in the Hundred Years’ War before being burned at the stake and later being canonized as a Roman Catholic saint. I imagine myself as Wu Mei, the martial artist and one of the legendary “Five Elders” who survived the arson of the Shaolin temple during the Qing Dynasty. Or I imagine myself as Cleopatra Philopator, the last rule of the Ptolemaic Kingdom of Egypt, who was “brilliant to look upon and listen to, with the power to subjugate everyone”. Or maybe as Harriet Tubman who, born into slavery, helped to create the Underground Railway, leading hundreds of slaves to freedom. I imagine myself as Freya Stark, who explored and mapped uncharted areas of the Islamic world by foot, camel and donkey. Or I imagine myself as my mother, my sister, my friend and every other woman who has forged their own path.

Aura Mugler is a fragrance that encaptures all aspects of femininity, while projecting your individuality and harmony into the world. The company describes it as carnal, primal, magical and spiritual – as a “beating heart”. Within every strong woman beats such a heart, with a desire to forge their own path and listen to their inner voice. Aura Mugler allows you to be unique as the fragrance intertwines with your own natural scent, and you feel alive, confident, pure and powerful. I simply love it. It is me, it is you, it is all women who strive towards the path of self-discovery and singularity. 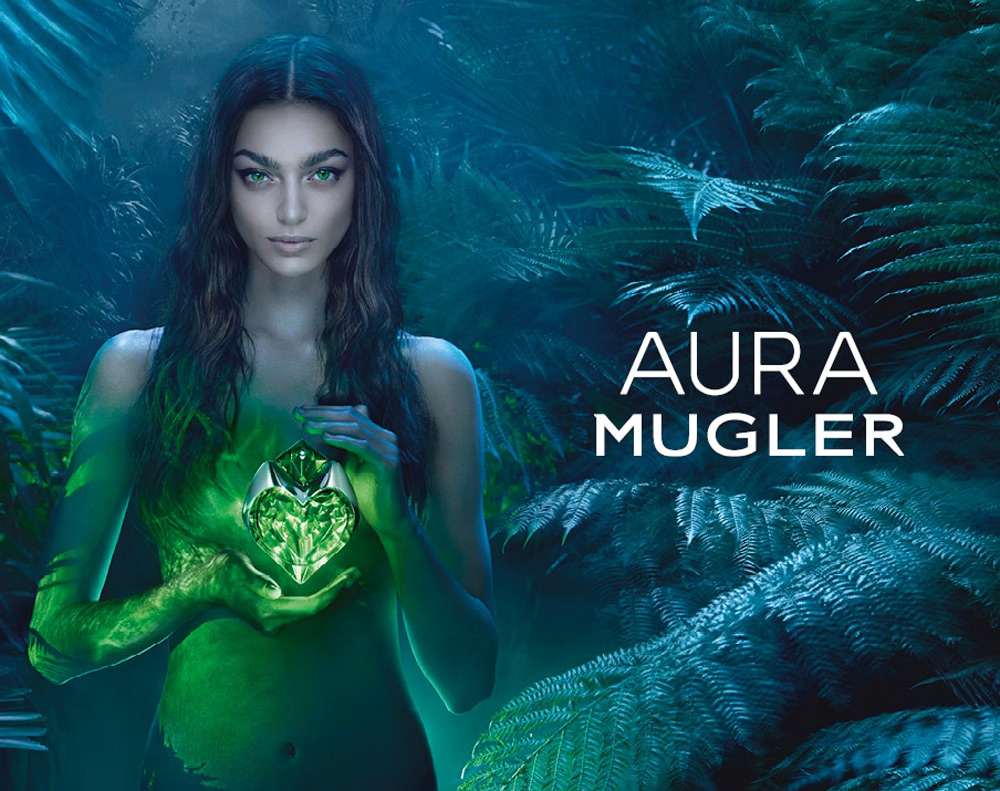 Thierry Mugler has designed an objet d’art that houses this magnificent fragrance – a sculpted emerald heart chiselled in glass and set in a metal “M”. Auga Mugler uses Tiger Liana, a Chinese medicinal plant used to treat heart disease and help with body equilibrium, which is the backbone of the fragrance. The sweet kiss of orange blossom with the tangy crisp of the rhubarb leaf, the spicy note of the bourbon vanilla with the smoky, silky scent of the wolfwood, add to create a feminine yet mysterious aura. It’s pure bliss.

I’ve always liked fragrances for the way they make me feel, but am learning more about how they’re created, with the depth and mastery required to use sustainable, earthy and often ancient substances that join the woman with the living world. Aura Mugler is a creation, a sensory masterpiece, an exploration of the inner voice and the heart of a woman.

Released in January 2018, Aura Mugler is being launched just in time for International Women’s Day on March 8th. Forge your own path. Be sure to check out the Aura Mugler line, which also includes body lotion and shower milk. Of course the eau de parfum comes in refillable sprays so you can continue to display the beautiful bottle – which is art in and of itself!