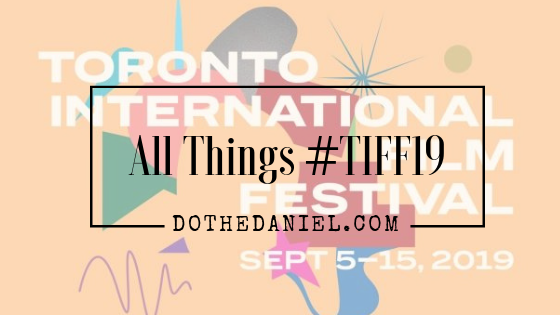 I think that after five years, it can be said with certainty that The Toronto International Film Festival is one of my favourite times of the year. Albeit full of running between screenings and events, it is also one of the most exciting times as someone who calls Toronto home. The whole world watches as stars arrive, walk the red carpets and wine and dine around the city I call home. So this year I wanted to share some of the places and faces that you should probably be aware of for #TIFF19!

Now you’ll know if you’ve been following along with me that not only does The Toronto International Film Festival  garnish some international praise, but that the team at TIFF work tirelessly all year round to create cinematic experiences and support the film industry.

So let’s talk places. Both The Fairmont Royal York and St. Regis Toronto will be abuzz this year and be perfect spots for star chasing during the festival. While I can’t tell you who, sources say the majority of A list celebrities will be staying at one of these two hotels and I’ll be bouncing in between them respectively amid my screenings and events.

First to the city this year, The St. Regis is hosting the ultra-exclusive (not even I could get an in to this one!) Hollywood Reporter TIFF Lounge and of course the Moët & Chandon Champagne Lounge celebrating the 150th Anniversary of Moët Impérial. Did I also mention that I’ve made a reservation at the hotel for my birthday because I’m completely enamored with it all year long? Definitely a must see for TIFF goers and fans.

To eat, and yes of course I am biased because I now work for the company – long story, but that blog post is coming post TIFF I promise – Chotto Matte is Toronto’s hottest new restaurant at 161 Bay Street. Making quite a name for itself, it was even listed as one of the the TIFF destinations to dine at in Forbes Magazine! If you’re hoping to spot some celebrities, anything in the area is a good bet to ensure you stay close to the action with your fingers on the pulse.

Of course don’t forget to enjoy official TIFF drinks of choice to cheers to celebrities – Sterling Wines offer some delicious options both at home and at official locations and screenings. Or if something bubbly is more to your taste, you can head to the Moet Chandon lounge mentioned above. Or something stronger tickle your fancy? Tromba Tequila is the official tequila of TIFF in a fun new capacity. All exciting additions to the brand activations which take place on King Street for the first few days!

So the real question you’re all waiting on… WHO is coming to TIFF for screenings this year? From the highly anticipated and star studded Hustler’s the city is buzzing with anticipation for Jennifer Lopez and her fellow cast.

37 Seconds was a film that opened my eyes and speaks to the ability to showcase filmmakers and stars that I might not have been exposed to if not for TIFF. A must in my opinion – same with Abominable (which I personally cannot WAIT for!) for TIFF lovers of all ages, or the much anticipated Canadian film Tammy’s Always Dying. SO many amazing films will be here and celebrated by TIFF fans and goers – myself included.

While full lists of celebrities expected to arrive in the city this week have already been leaked (curious? You can click here to see) – but at a quick glance (thanks for summarizing it so well blogTO) among stars such as Meryl Streep and Jennifer Lopez include

Whatever your #TIFF19 experience entails this year, I hope that these helpful spots and hints help to show you the power of the festival and it’s ability to bring together some of the best and most talented film makers and actors.

From the celebrity names that will be said and shared over and over again, to the rising stars that will shape film starting with their first appearances this year, I hope I have helped to inspire you. Because after all, that is what The Toronto International Film Festival is all about.

TIFF is generously supported by Lead Sponsor Bell, Major Sponsors RBC, L’Oréal Paris, and Visa, and Major Supporters the Government of Ontario, Telefilm Canada, and the City of Toronto.

Make sure to share your favourite screening and moments by following @TIFF_NET on Twitter an Instagram. Use and follow #TIFF19 and remember to enjoy the power of cinema at it’s finest, in the city that has helped to make it something so incredibly beautiful.

Previous post:
I Cannot Express How Badly I Need This Next Post:
Still Doing Things Differently a Decade Later