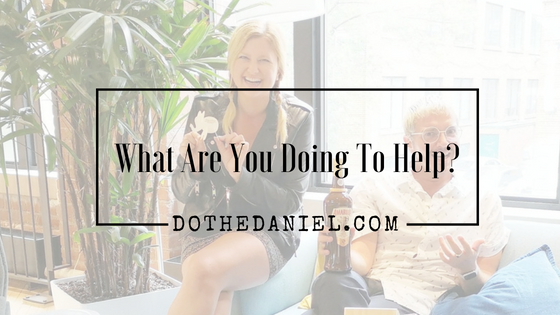 I Want My Children To See An Elephant

One of my earliest memories as a little boy was going to the Granby Zoo while growing up in Montreal with my family. I remember not necessarily knowing why the animals were there, but being so captivated by their beauty. No animal made a bigger impact than the elephant. It’s sheer size and magnificence stopped me in my velcro shoes. Ever since that moment I have had this adoration for one of the most, in my opinion, majestic creatures on the planet. 2018 has been a hard year for me when it comes to my environmental stances on certain topics. From the albino rhino earlier this year, to the importance of discussing the alarming rate that many species are approaching (or have entered) endangered status. There is so much good in the world, but there is still so much for us to do to be better. Because I want my future children to be able to see an elephant and not have them be something in story books. So let’s talk about #WorldElephantDay and why I am so proud to have partnered with Amarula to share their #AmarulaTrust campaign on August 12th in Canada.

In anticipation of the big day happening in Toronto that we will be a part of on Sunday, we received a special delivery from Amarula Canada and of course we got to work on capturing the essence of us. But the cause is no laughing matter. It’s beyond important for me to stress that I want the world to be just as beautiful for my children as it was to me.

We’re trying to decide if Catherine is more excited that we are proud partners of the “Don’t Let Them Disappear” campaign across Canada wity Amarula to support #WorldElephantDay in Toronto (details going live on #DoTheDaniel today) – OR the toy elephant they sent us ?? The cause aims to raise awareness in protecting the world’s declining African elephant population. As a part of the #AmarulaTrust Twitter campaign, a one-of-a-kind event in Toronto’s Distillery District is taking place on August 12th. An international annual event that is dedicated to raising awareness about the preservation and protection of elephants. We want to help in every way we can, so make sure to follow @AmarulaElephant on Twitter, check out the blog post later today for more details, RT the campaign tweet with us to help us raise $10k, and spread the message that we need to be better for the planet. ??☀️ #Sponsored

The art installation taking place in Toronto is pretty powerful and I am excited to be able to see it in person and share it with you all. As a part of  the 2018 “Don’t Let Them Disappear” campaign in various countries globally, including South Africa, the United States, Brazil and Germany – this is all aimed to raise awareness in protecting the world’s declining African elephant population.

“On August 12th, #WorldElephantDay, a life-sized ice sculpture of an African elephant will be placed in the summer heat of Toronto to illustrate the rapid loss of the African elephant population. The Amarula Elephant will be on display at the Distillery District starting at 9:00am and will remain on-site until it has completely melted. The life-like sculpture will consist of roughly 103 blocks of ice, weighing an estimated 9,344 kilograms. Over the course of the day, this massive ice sculpture will gradually melt, symbolizing the alarming rate at which African elephants are being killed for their ivory.”

If that isn’t a powerful message, I don’t know what is. But there is something you can do on the 12th to help us support this important message and support #AmarulaTrust. With the help of Canadians, Amarula Canada will be donating $1 for each of the first 10,000 retweets on World Elephant Day from the @AmarulaElephant account (we will ensure to share it with you all everywhere we can to help you help this cause), to the Amarula Trust’s impactful global conservation efforts, in partnership with WildlifeDirect.

So while I enjoy sipping a warm cup of coffee with Amarula at home while I read some of my favourite blogs, and I encourage you to do the same, I think it’s important to stress the importance of brands that are taking a stance to make the world a better place. The fact remains that every 15 minutes, an elephant is poached for its ivory Because I, like Amarula Canada, want to see the ivory trade disappear from the face of the earth – not the elephants.

Join me in spreading the word on #WorldElephantDay by retweeting my story. For each of the first 10,000 retweets, @Amarula will donate $1 towards the #AmarulaTrust’s efforts to protect elephants in Africa. #DontLetThemDisappear

If you live in Toronto, or will be visiting this weekend, I encourage you to come join us to see the powerful exhibit in person. Sharing it on social media using the #AmarulaTrust – alongside the important RT of of course – can only help to add to the important social media conversation that needs to be had both here in Canada and around the world. Instead of focusing on the negatives in the world, why don’t we all just take a minute to make it a little better with something so simple?

This post is not intended to be seen by persons under the legal alcohol drinking age or in countries with restrictions on advertising on alcoholic beverages. Please remember to enjoy responsibly and never drink and drive.

Previous post:
How You Can Join Us At #CommsWeekCA Next Post:
The Next Step In My Journey