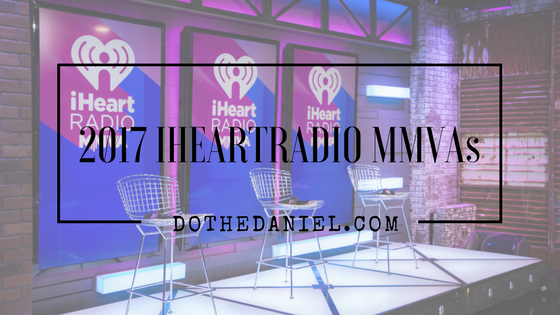 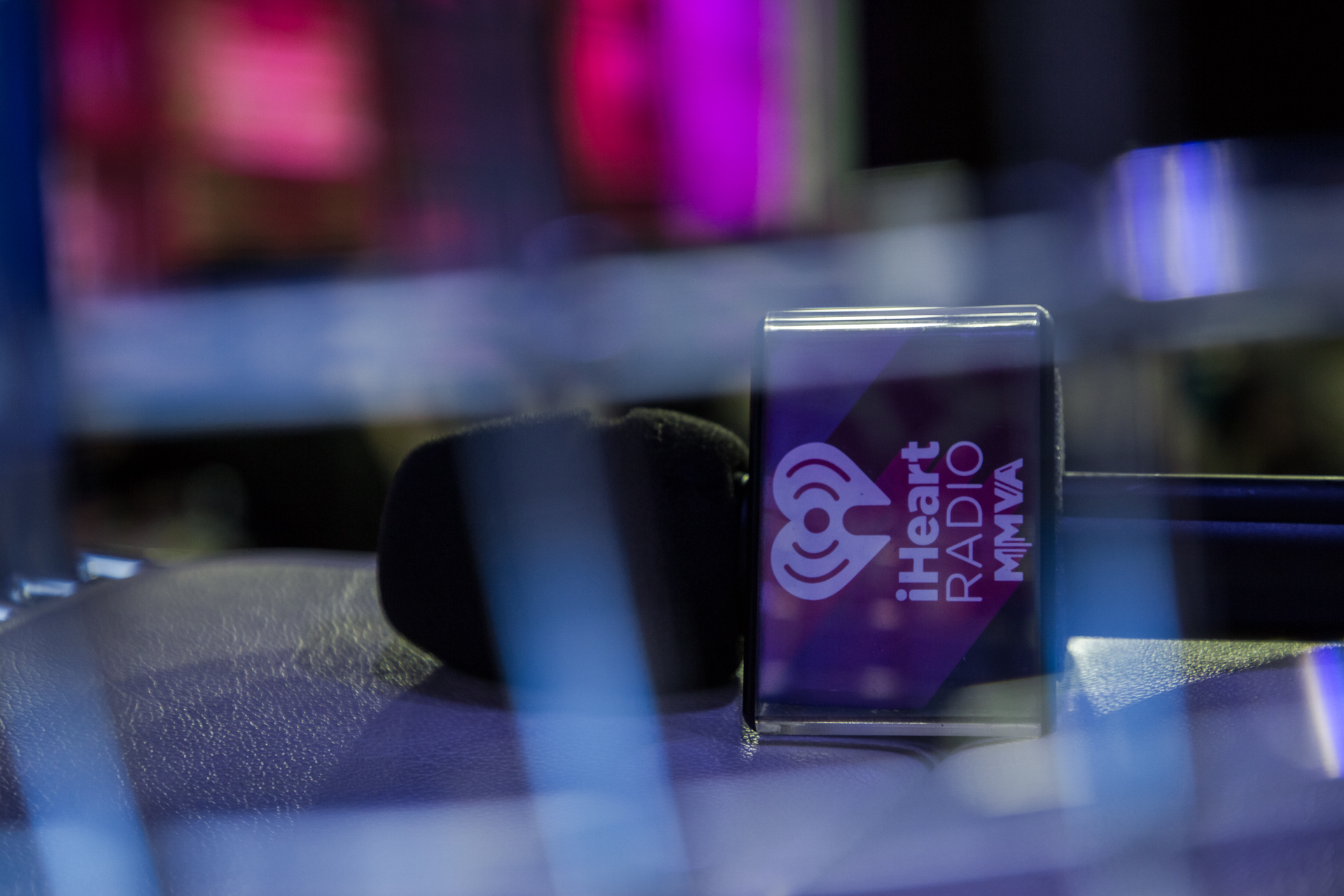 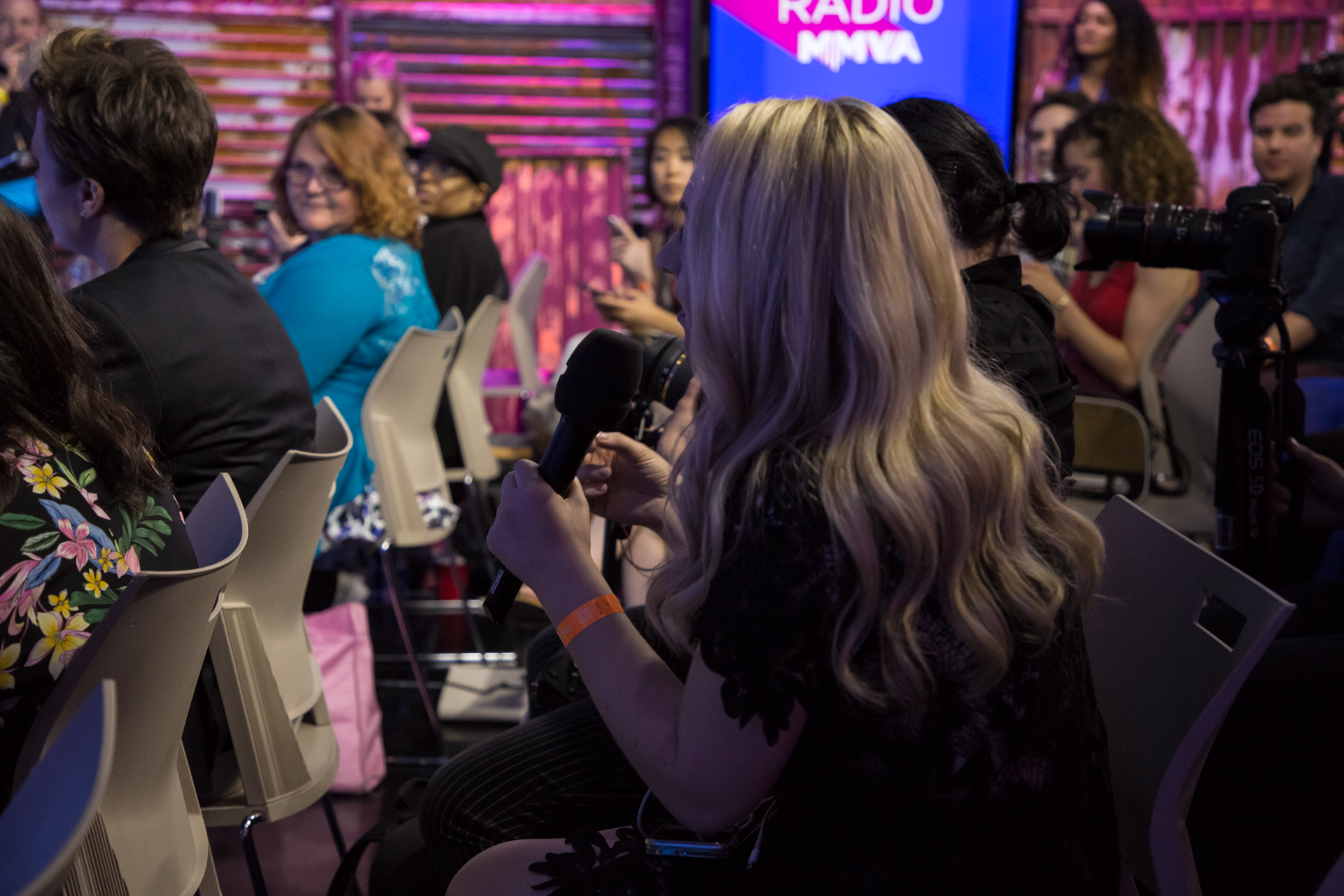 That’s right – we were behind the scenes during one of the hottest Canadian music events of the year – the IHEARTRADIO MMVAs! Thanks to our host hotel, The Sheraton Centre Toronto, I was able to stay in the downtown-core close to all the #MMVAs action! Additionally, a big thank you to Muche et Muchette for styling me in the most beautiful and unique dress! It was so comfortable and perfect for the occasion.

It was an exciting and chaotic night with the energy so clear just walking to Much Music HQ. The event happens every year with thousands watching all over Canada, with the hottest celebs. I spent a majority of my night in the Media Room, which is essentially where the biggest in the biz come to sit and chat with the Canadian Media. There was a live feed of all of the Q&A sessions on the Much Music Facebook however, here are our highlights! 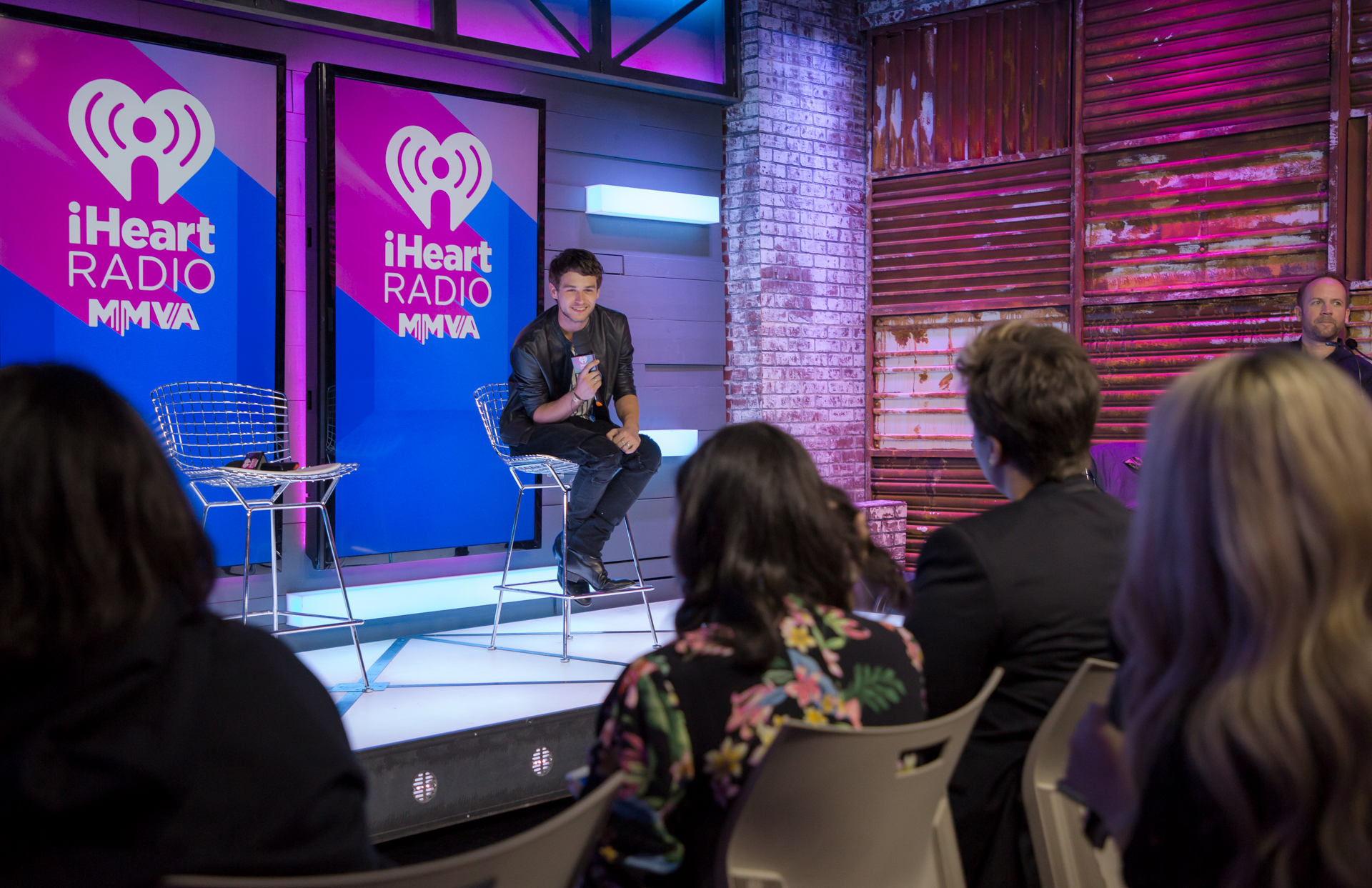 Brandon Flynn – Justin from 13 Reasons Why

This was a big one for me, personally – and you bet we got to chat with one of the biggest stars on one of the most impactful and headlined shows of the year (I binged-watched it in 3 days and I’m not ashamed). Here’s how it went down:

Q: What is it like to be in one of the first television shows to deal with so many issues in modern day society, so much more up front and realistic than any other show out there?

“It’s really special. It’s something that I walk away from every day on set with a clear heart and a head full, of all these thoughts that are just like – it’s such an honour to be doing that kind of work and as it being the first job in my industry. It’s beyond belief to me.”

Q: How do you deal with the negative controversy of the show?

“I think if you’re doing a good show and good work, any business that you choose to do – whether it be banking or whatever, you’re always going to have negative controversy. People are gonna like it and people aren’t gonna like it and that to me is just good art. I’m sure I could have a mouth-full in that conversation with someone who didn’t agree with the show, but that’s not how I view it and I’m okay with that.” 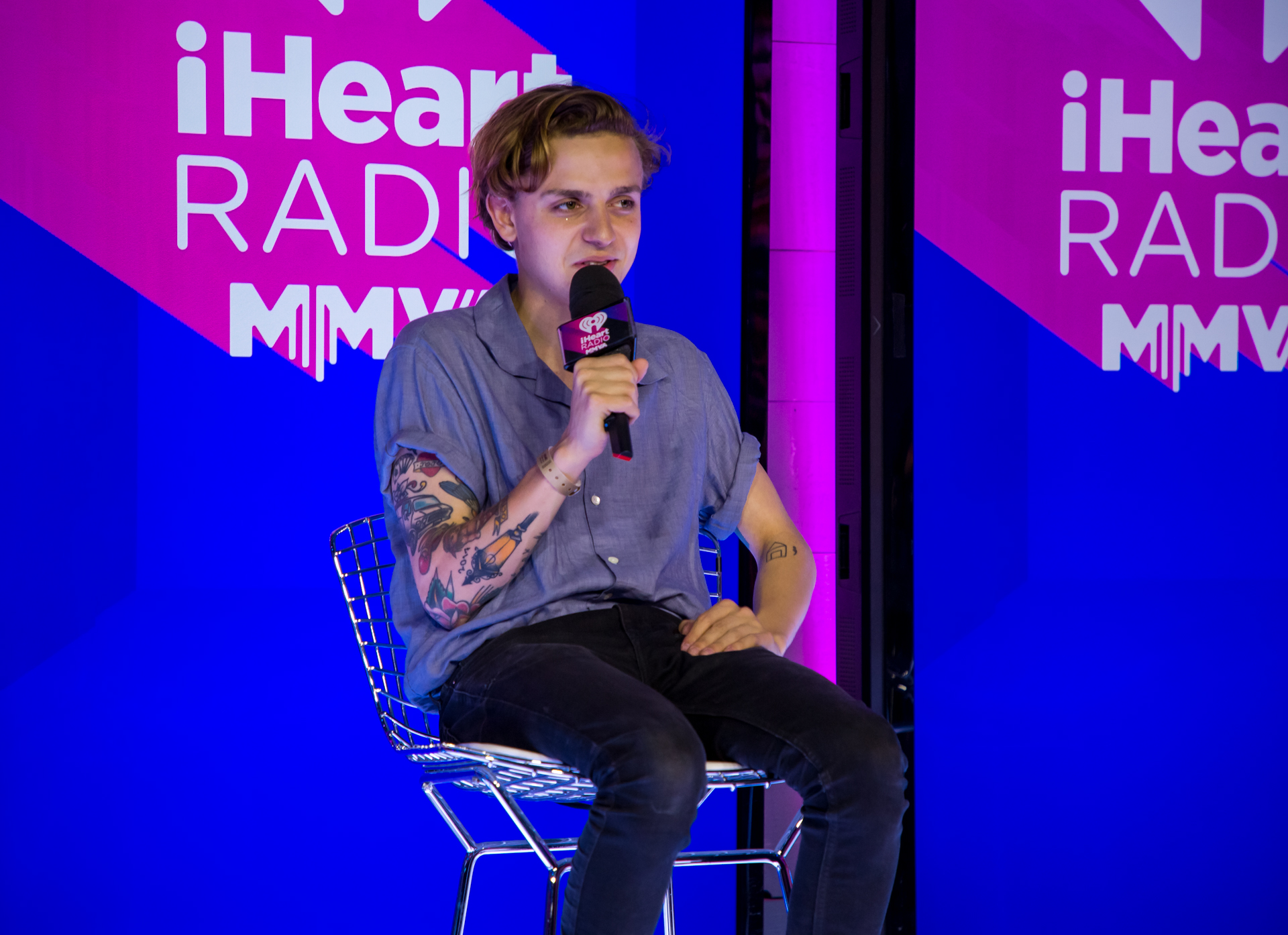 One of our favourites, Helman has just released his first full length album Hotel de Ville. We asked him some BTS details about the video for his latest single “Kinda Complicated”.

Q: What was the inspiration behind filming “Kinda Complicated” in Slab City?

“I was on the phone with the director for that video. We were gonna go to an abandoned water park near Las Vegas, because we just thought it would look cool; that was the starting point. Then, I looked up where it was and realized it was right next to Slab City. And I heard about the city when I was quite young because I was very into stuff like that when I was in high-school and I was like, ‘ Why don’t we go to Slab City as well?’.

As I said it to him, I realized, the song ‘Kinda Complicated’ was about this relationship that was up and down and kind of all over the place, but the reason why I wrote that song was because I did ‘Cry Cry Cry’ on my first record, which was kind of a ‘fuck you’ song that was like ‘I’m pissed that we broke up and you’re the worst person in the whole world’. I didn’t want to write that song again because I feel as though it didn’t have as much value and felt like I really wanted to write a song about having broken up with someone – but about the best parts in the relationship while we were together and it wasn’t supposed to work, but it did for that time. So, I thought that was a nice idea. Then when I thought about Slab City and the idea of it was so beautiful. It’s been there for 60 years and to me it was kind of a metaphor for this relationship and I thought that was a really nice thing.” 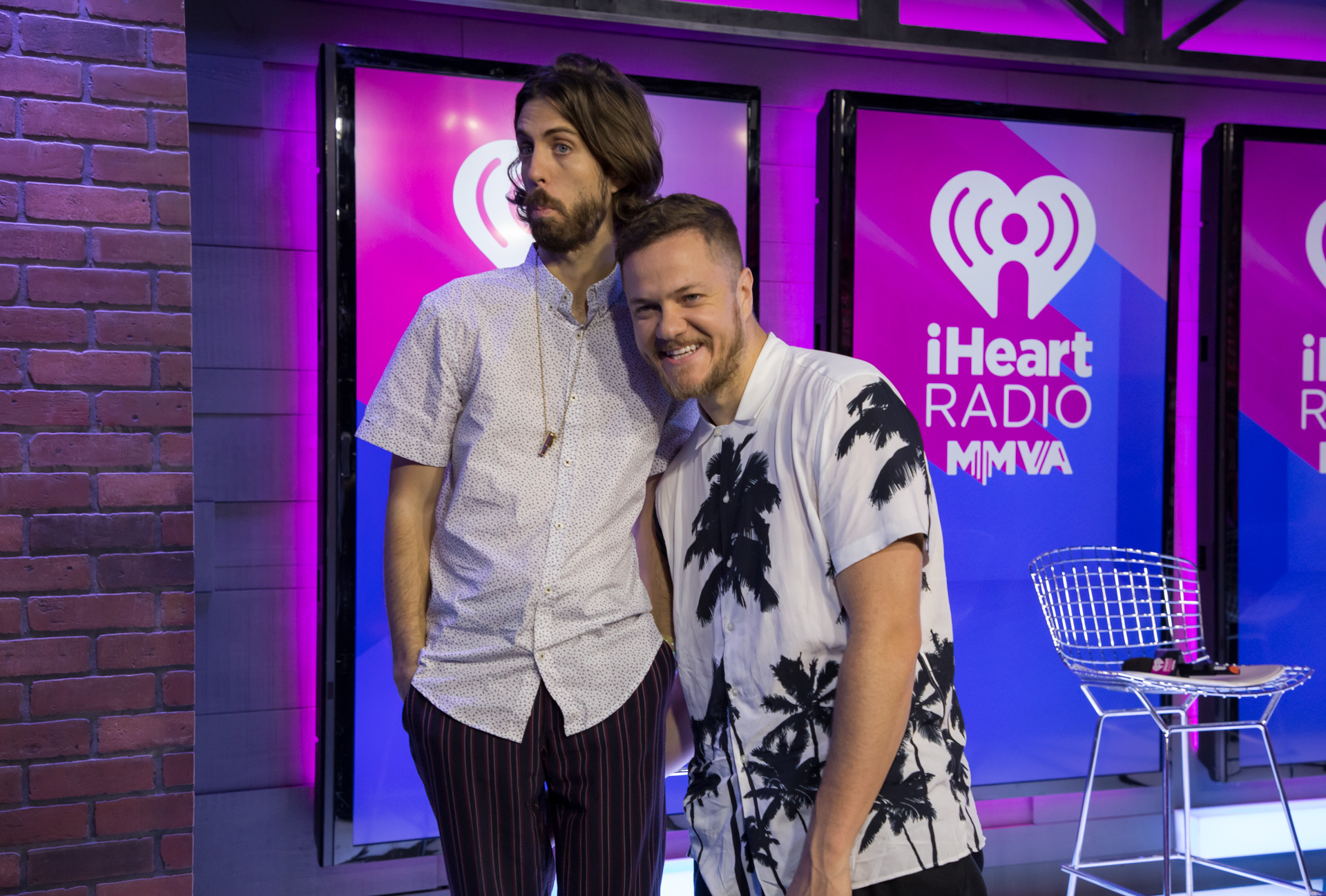 Modern day Rock band and Wayhome Festival headliners chatted with us about the meaning behind their album art for their new single, “Walking The Wire”.

“This is really one of the only love songs we’ve weirdly ever written. I feel weird bragging about love, I don’t know – its just weird for me. A part of it is because all of our relationships have always been very ‘high high’s, low low’s, fight hard, love hard’, and my wife knows that very well. So often a relationship feels very ‘walking the line’ like it’s gonna just fall apart at any minute, and that’s scary and it’s exhilarating and exciting but – it’s also frightening, especially when you have children at home. That’s what the song is about and the art symbolizes that with this couple kind of walking and the world is just breaking in between, and that’s kind of how I feel sometimes – don’t tell my wife that though. 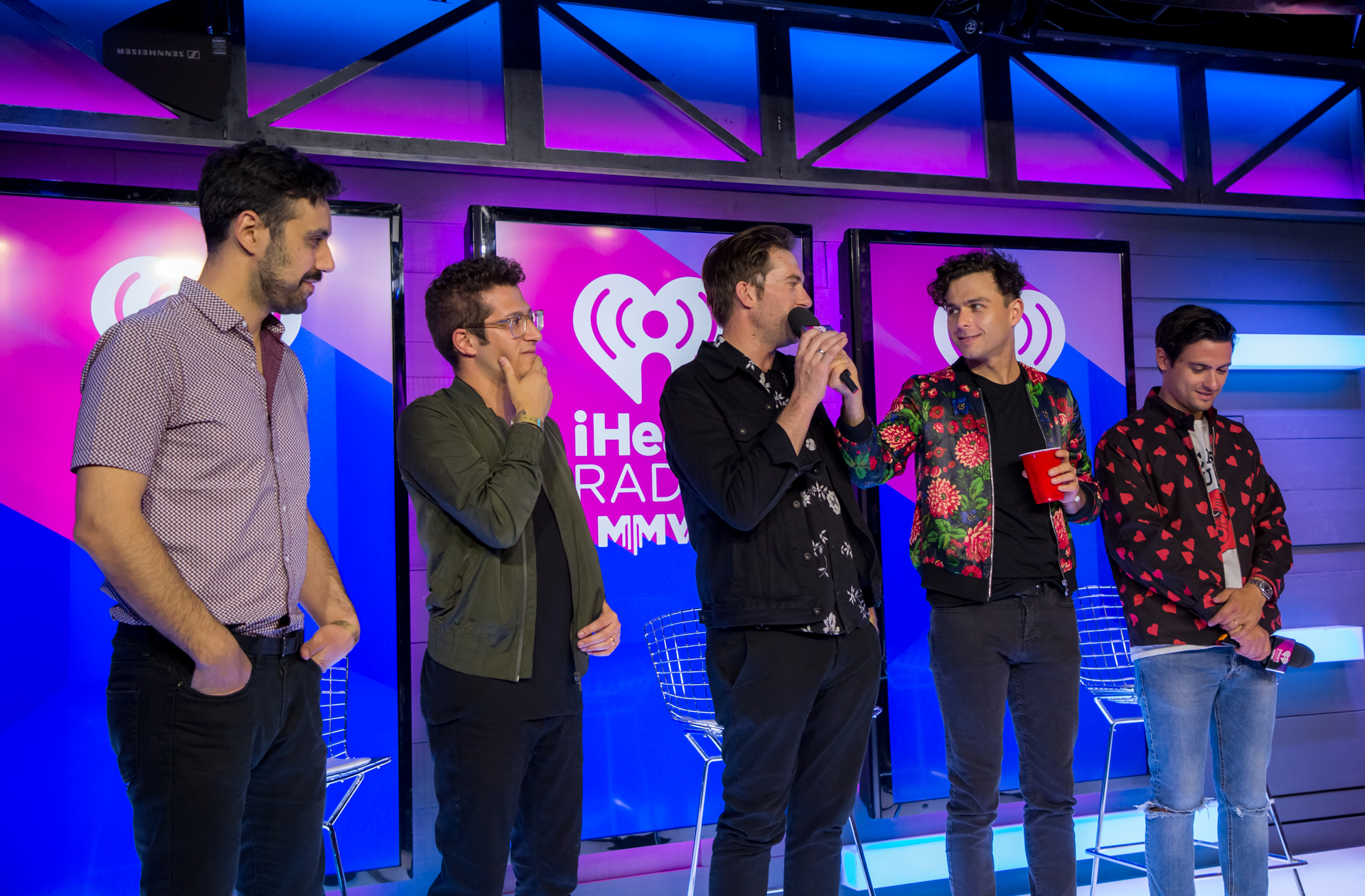 One of Canada’s hottest Pop Rock bands chatted all about streaming and the digital age!

Q: So “Morning Report” just released digitally this past Friday. I feel as though since you guys started as a band, streaming has become something so much bigger. How does it feel to be a part of that digital age?

“I really admire people who go about budgeting things. I think people who I look up to no matter what their age and they have a youthful spirit and try not to be over ideological, one way or another. When it comes to something like Spotify or Apple Music, we see it exists and we say to ourselves ‘were happy we have fun with this’ because the job of a band, is not like a real job. It’s like a fake job, like all fun and games. If there are platforms out there like Spotify or Youtube , then that’s great and we try not to be too like ‘get off my lawn’ about it.

Some of the other hottest celebs that visited the room included YouTubers Tyler Oakley and Jus Reign who spoke about their rise to stardom and how they have evolved over the years. While Victoria’s Secret model Martha Hunt, spoke about the hottest trends for this Summer: mesh, bodysuits, fish net tights under denim shorts and skirts, and cropped denim jackets- which are perfect for Summer weather! 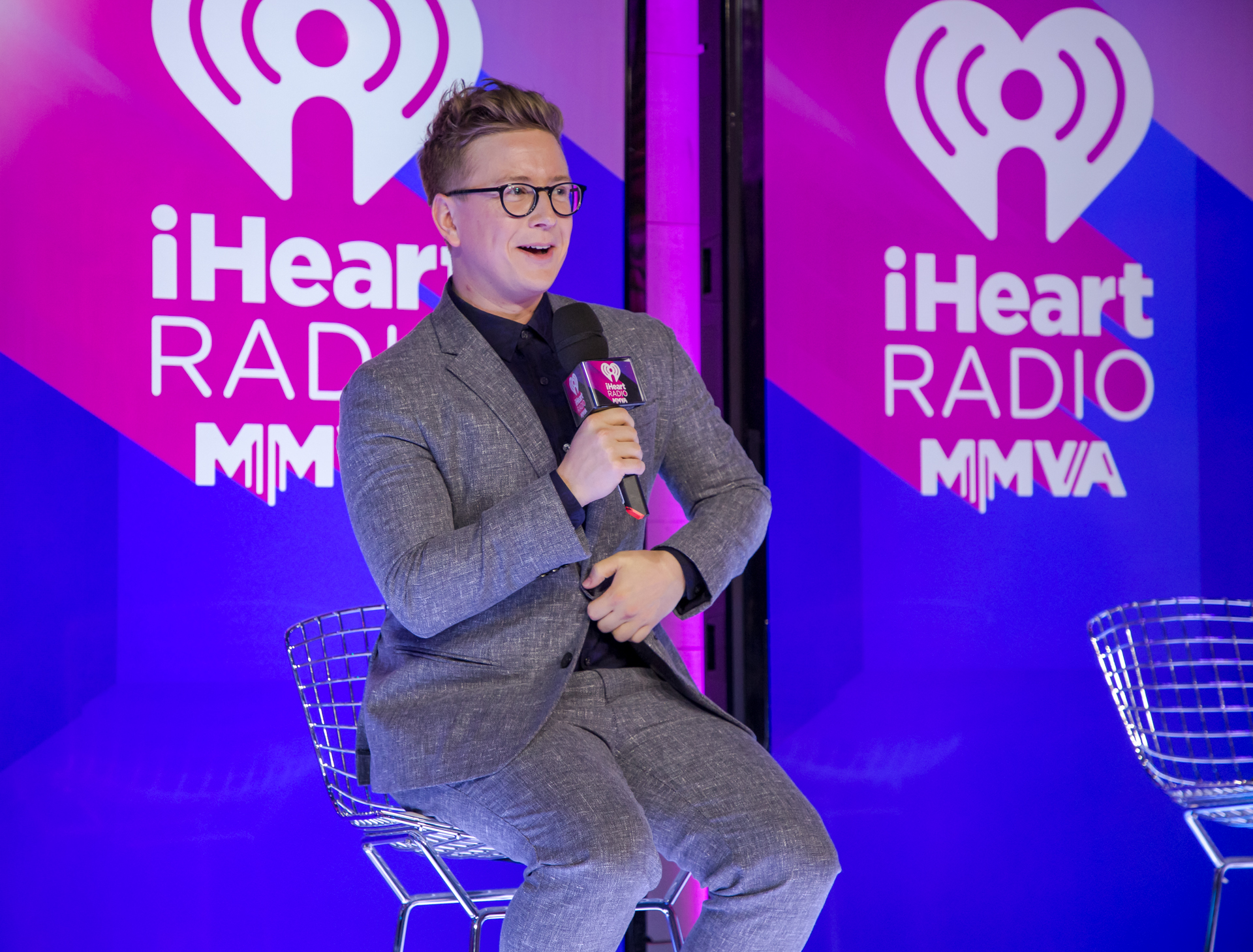 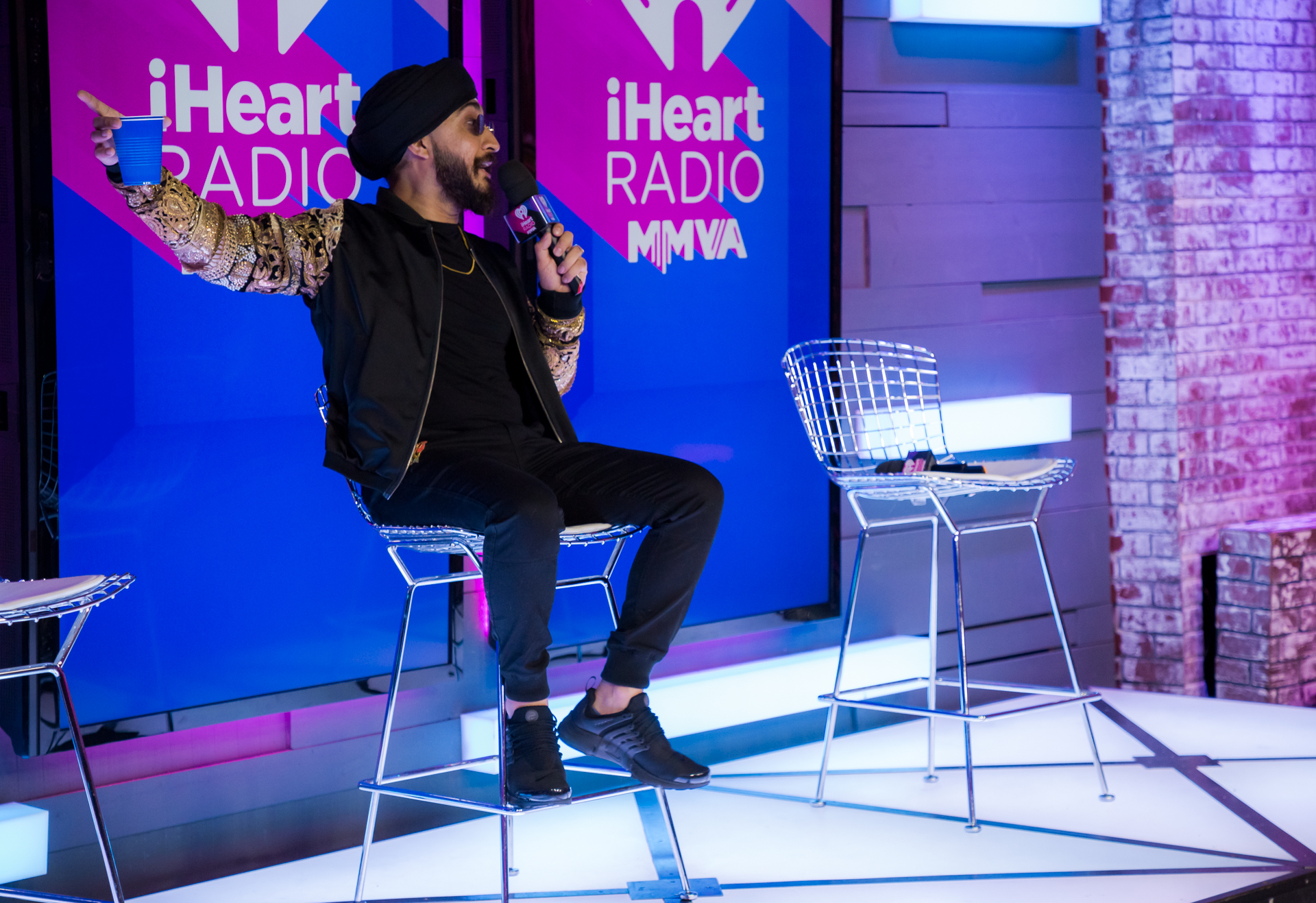 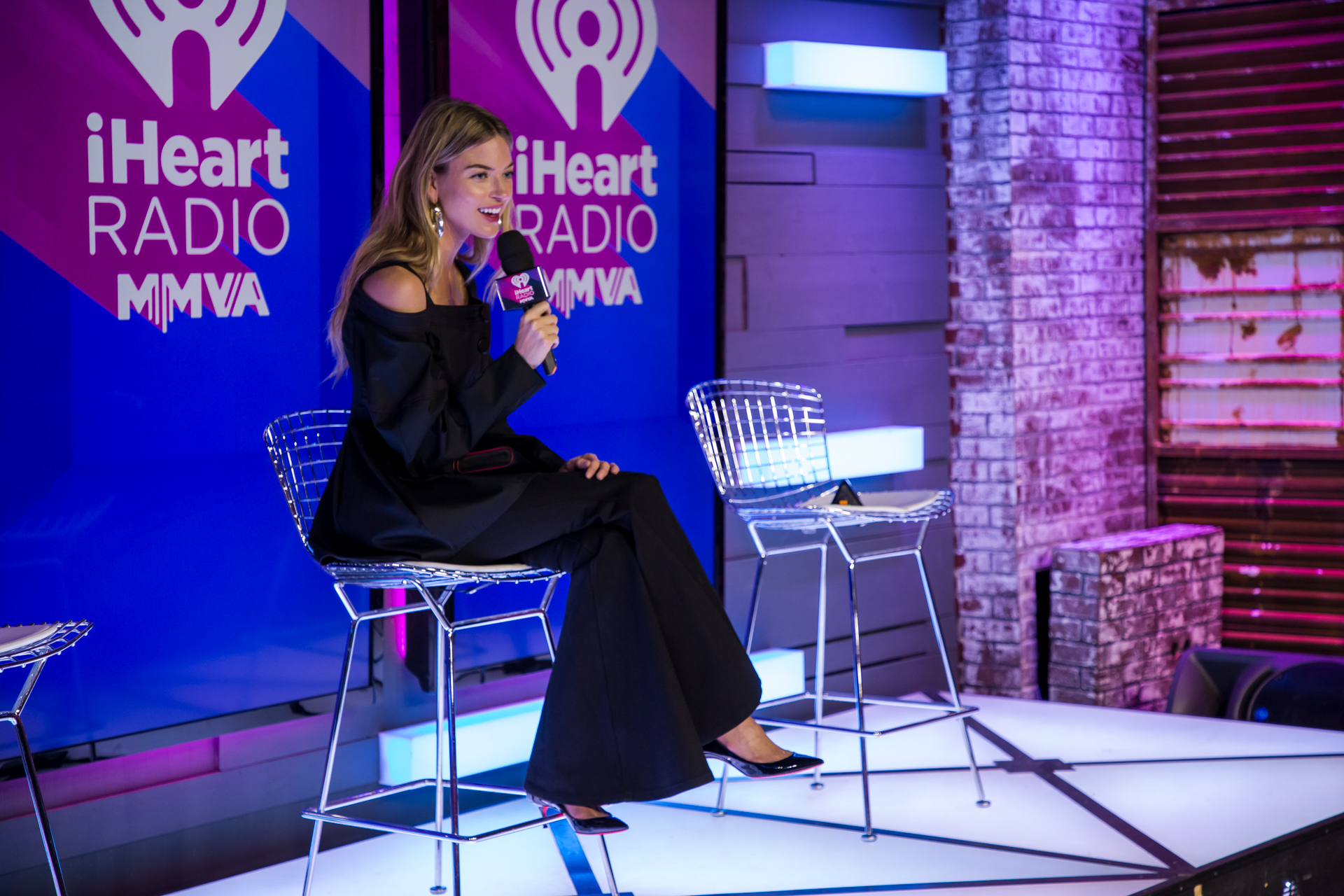 Overall, I had an amazing time. I even had access to behind the stage and got to view what goes on behind all the lights, cameras, and glitz and glamour. Oh, and not to mention meeting one of my favourite Glee stars, Darren Criss! 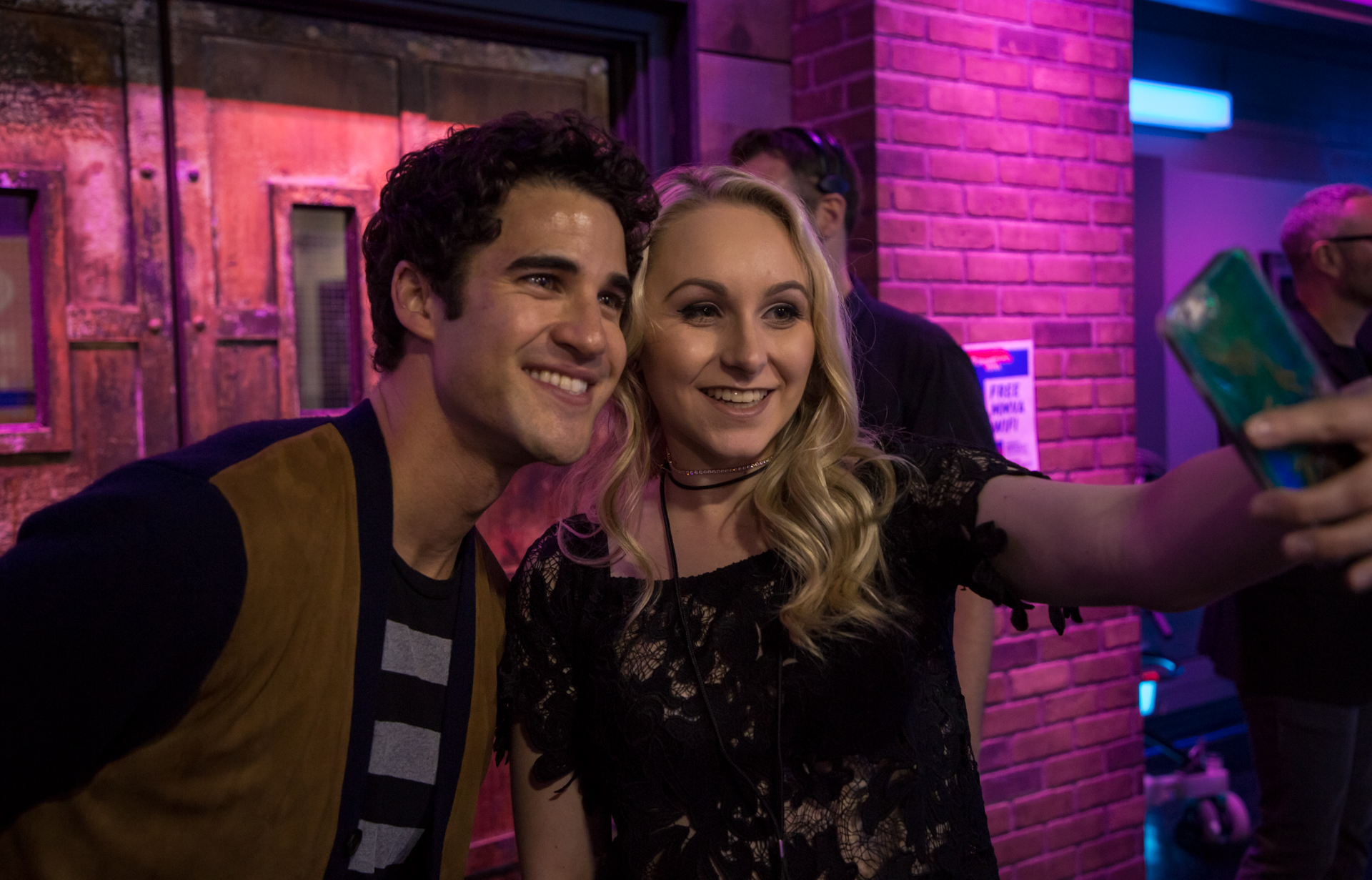 And now for the winners…

iHeartRADIO International Duo or Group of the Year –Imagine Dragons

Again, a big thank you to Muche et Muchette, Much Music and The Sheraton Centre Toronto (our host hotel) for making this the best #DoTheDaniel 2017 IHEARTRADIO MMVA weekend possible! 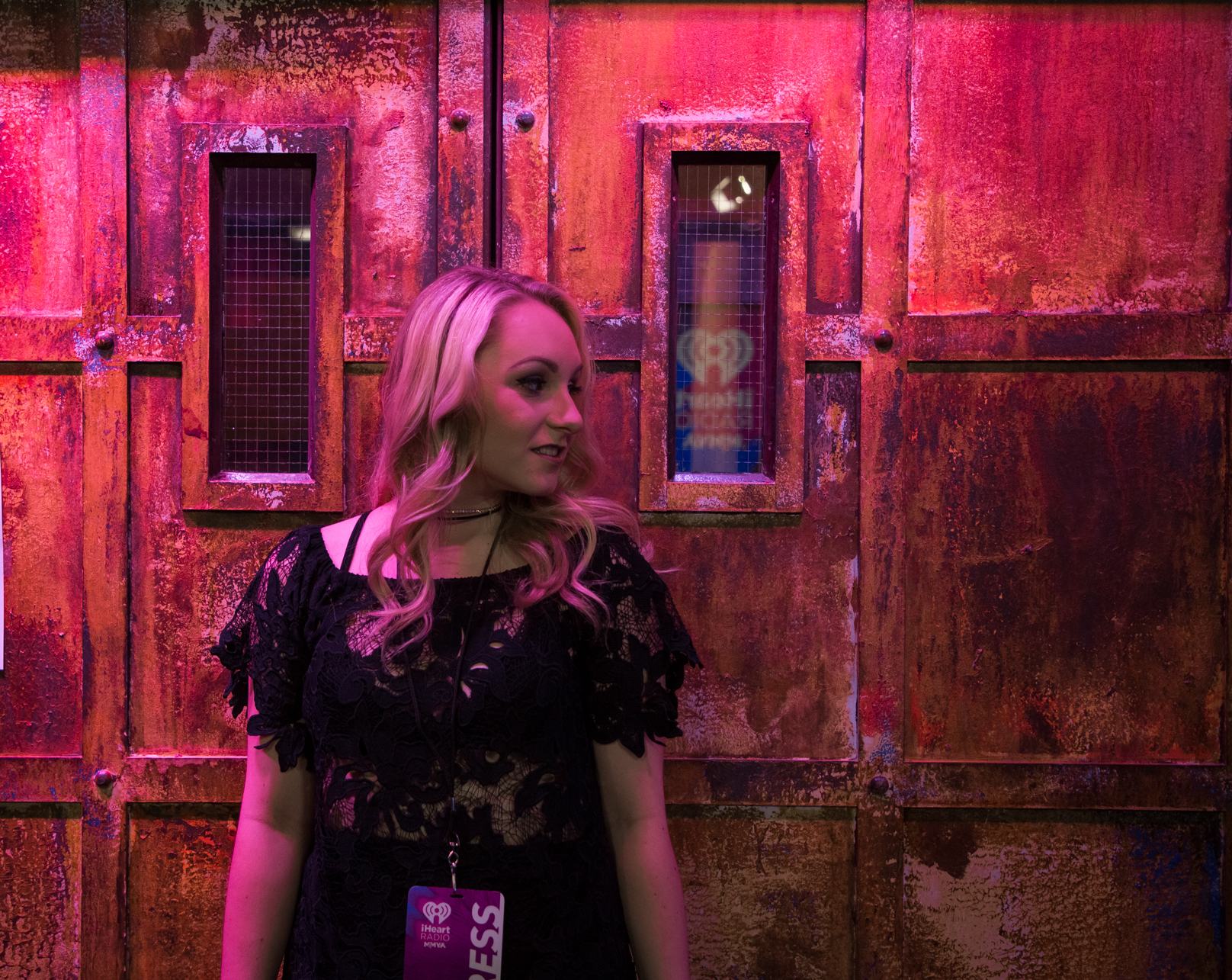 Previous post:
What the Heck is an Ophthalmologist? Next Post:
So you’ve decided it’s time to move. Now what?