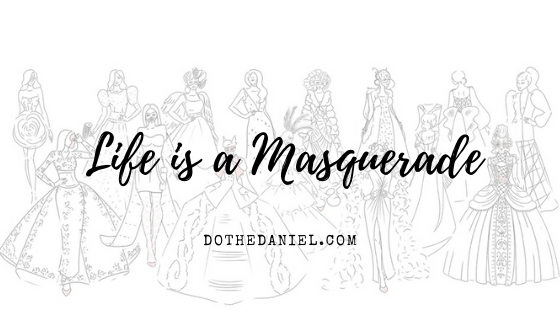 All The Reasons To Get Excited for #Cashmere20

With the heat wave upon us and adjusting to life as we now know it, I find myself excited for moments in the year that I always look forward to. From the Annual Cashmere Collection Masquerade Ball to TIFF, the fall is one of my favourite times of the year and you can sneak a peek at this year’s #Cashmere20 show right here!

Expressing what I love most of the show each year would take up too much of your time – click here to see past years and some of my favourites – so instead I wanted to tell you about what #Cashmere20 has in store and bring you each and every Canadian designer to help showcase our home grown talent leading up to the big day!

“We decided on the Cashmere Masquerade Ball as our theme last fall, immediately following our show in September 2019,” says celebrity stylist Joe Zee, who returns to the internationally acclaimed collection as Curator for the second time in 2020. “It was conceived to inspire our designers, all big name veterans of previous collections, to create spectacular, runway-worthy Cashmere BT (Bathroom Tissue) Couture ballgowns and masks riffing on the iconic theme of a Venetian Ball.”

Ever since Chris Tyrell, teamed up with architect Jim Searle in 1985 to launch HOAX Couture, they have been pillars of the Canadian fashion firmament, known for their exquisite tailoring and innovative concepts in bespoke men’s and women’s wear. Whether for a June bride or the National Ballet of Canada or a World Champion Synchro skating team, their visionary designs never fail to delight, flatter, even amaze.

A fierce proponent of sustainable fashion, Caitlin’s often sensual, always smart women’s wear is 100% made in Canada and made to order. This Lethbridge College alum says, “Items made “slow” are designed to reduce the carbon footprint and hazardous work environments left by the “fast” fashion industry.” Off the runway, this native Calgarian has appeared as a guest judge on Slice TV’s “Stitched.”

Over the course of his design career, Calgary-native Paul Hardy has earned relentlessly positive recognition, from being called “a star is born” after his 2002 TFW debut to being named to ELLE’s top 10 Canadian designers list to being designated “artist in residence” at the Glenbow Art Museum. No wonder celebs such as Keisha Chante, Alanis Morissette and Kate Hudson have been drawn to his designs and their idiosyncratic, often-irreverent way with luxe fabrics.

Franciska Veress of MyLBD – Cashmere Class of 2014  Toronto, ON

As a young girl in Hungary, Franciska treasured the Carnival masks her Godmother often brought back from Venice and counts actually attending Carnival—and adding to her mask collection—as one of the formative experiences of her early creative life. As for working again with BT “fabric”, this Toronto-based designer says, “It’s so much fun! So many different tools and techniques you can use; glue, staples, folding, shredding…”

As if she needed any encouragement about her chosen field, this Montreal-born Ryerson grad was named Canada’s Best Wedding Gown Designer by Wedding Bells magazine in 2019. A textile-obsessive, Catherine conjures the wearable masterpieces for her eponymous bridal collection in everything from French lace to silk satin to Italian crepe to chiffon, with ineffably romantic accents of beading, ribbon or silver thread.

Montreal-born Joseph Tassoni has created an award-winning, proudly made-in-Canada brand that celebrates this country’s unique craftsmanship and creativity. His eponymous outerwear and evening wear collections have made many high-profile appearances at Toronto Fashion Week and TIFF, and Joseph remains passionate about elevating home-grown fashion through Canadian-made advocacy and student mentorship. With the onset of Covid-19, Joseph pivoted his ongoing community involvement to become one of the first Canadian designers to produce reusable masks, with proceeds going to a local Burlington, Ontario hospital.

For ten years, Christopher Paunil has been the creative force behind his eponymous luxury women’s brand, specializing in contemporary bridal, evening and bespoke gowns handmade in Toronto. A George Brown College alum, he first mastered the technical and artistic demands of costume design. Today he is the go-to dream-maker for celebs such as Cheryl Hickey, Nathalie Brown and Lauren Hammersley as well as for legions of brides-to-be in search of the perfect, “I’ve never felt more beautiful” dress.

Nobody could embrace the dazzling exuberance of Venice’s annual masquerade ball better than Rodney Philpott. Whether for his well-established custom bridal creations or his cocktail and special occasion ready-to-wear, this iconoclastic Newfoundlander always turns the glamour and drama up to 11. His Cashmere 2020 submission will, undoubtedly, be no exception.

Nikki Wirthensohn Yassemi imbues her NARCES collection’s exquisite custom evening, bridal and cocktail dresses with international inspiration and timeless sophistication. This Austrian-born, Toronto-based designer who spent her Wonder Years in Iran and the U.K. actually scored a U of T biology degree and a Schulich MBA before turning to fashion. Who knows what wondrous conception she has in mind for Cashmere 2020!

Evan Biddell creates elegant street couture that demands attention. Alberta-born, Saskatoon-raised and Montreal-based, Evan has blazed his way to the white hot center of Canadian fashion, a trajectory that began, auspiciously enough, with winning the first season of Project Runway in 2007. Last year he found himself propelled into the show’s Global Champions season.

Some have called Adrian Canadian fashion’s “golden boy,” partly due to all the accolades and recognition his undeniably dramatic women’s clothes have garnered since he launched his collection in 2015. As the go-to designer for Entertainment Tonight Canada host Sangita Patel, this Toronto-based Ryerson grad’s deliciously glam creations have red carpeted at the Golden Globes, CAFA Awards and SAG Awards.

Romance. Elegance. Harmony. A self-taught, consummate couturier, Katrina has established bona fides in all these aspects of bridal design. Which explains this Halifax-born and based designer’s creations being featured in Teen VOGUE, ELLE Canada and HELLO! as well as on FASHION Television, CBC and CP24.

Few have been more intimately involved with the Cashmere Collections over the years than Farley Chatto. Whether as a designer participant or Artistic Director, this Regina-born Torontonian always brings the creative elegance that has garnered him a global clientele. As he embarked on his contribution to Cashmere 2020, Farley found out that two friends are going through chemotherapy for cancer. So Cashmere’s decades-long commitment to breast cancer research & awareness was top of mind.

Longtime friends Angel Spendlove and Lisa Blunt bring a wealth of diverse experience to their avant garde & For Love bridal collection. Angel, an Australian Ballet School-trained dancer with a degree in architecture and Lisa, who cut her fashion teeth at Jeanne Beker’s FQ magazine, teamed up in 2014 and have been defining “chill bride chic” ever since. “Our client wants to feel like a bride but not look like a pretend, cake-top version of herself,” Angel says.

Edgy and empowering. These are the qualities that have drawn attention, and customers, to the V-Franz women’s wear collection since it debuted in 2012—when this precocious Filipino-Canadian designer was still a sophomore fashion student in Montreal. His fluid, high-impact, street and sports-inspired clothes are often featured in national media such as Dress To Kill, Fiora and Clin d’oeil.

And there we have it.

15 brilliant designers planning to celebrate with us all, using their skills and visions to offer a platform to raise a lot of money thanks to Kruger Products, maker of Cashmere Bathroom Tissue. Canadians are also invited to help Cashmere make a difference by taking part in Vote Couture for the Cure® throughout October, at Facebook.com/Cashmere. Cashmere will donate $1 for every vote (to a maximum of $10,000), to the CCS’s breast cancer efforts in the winning designer’s name.

For the first time in collection history, Canadians are invited to tune-in to the collection from any location for their very own virtual runway experience. Yes, that means that this year, YOU can join me in the virtual front row!

To join in on the excitement with us, make sure to follow and use the #Cashmere20 hashtag leading up to the big day. Follow these amazing designers, and help us to raise awareness for a cause that affects so many Canadians.

Previous post:
A New Way To Rosé All Day Next Post:
Something So Simple Can Change The World