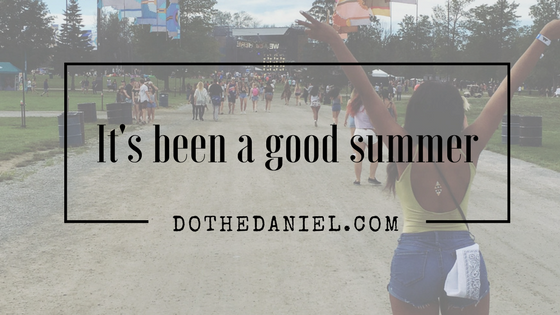 Do you remember your first time? What was it like? Was it better than you expected? Maybe it was far worse…For myself, I remember it like it was yesterday (a.k.a. a few weeks ago). For those of you still waiting for your special moment, I can attest that it’s truly amazing. Everything went so well; the scenery was beautiful, the mood was set just right with best choice of music, and I couldn’t have had a better companion. It all started with a package with my name on it. Inside, held the key to my happiness, literally. A card read, “Kadeisha, so excited to have you! See you soon….”  From there, all was history. 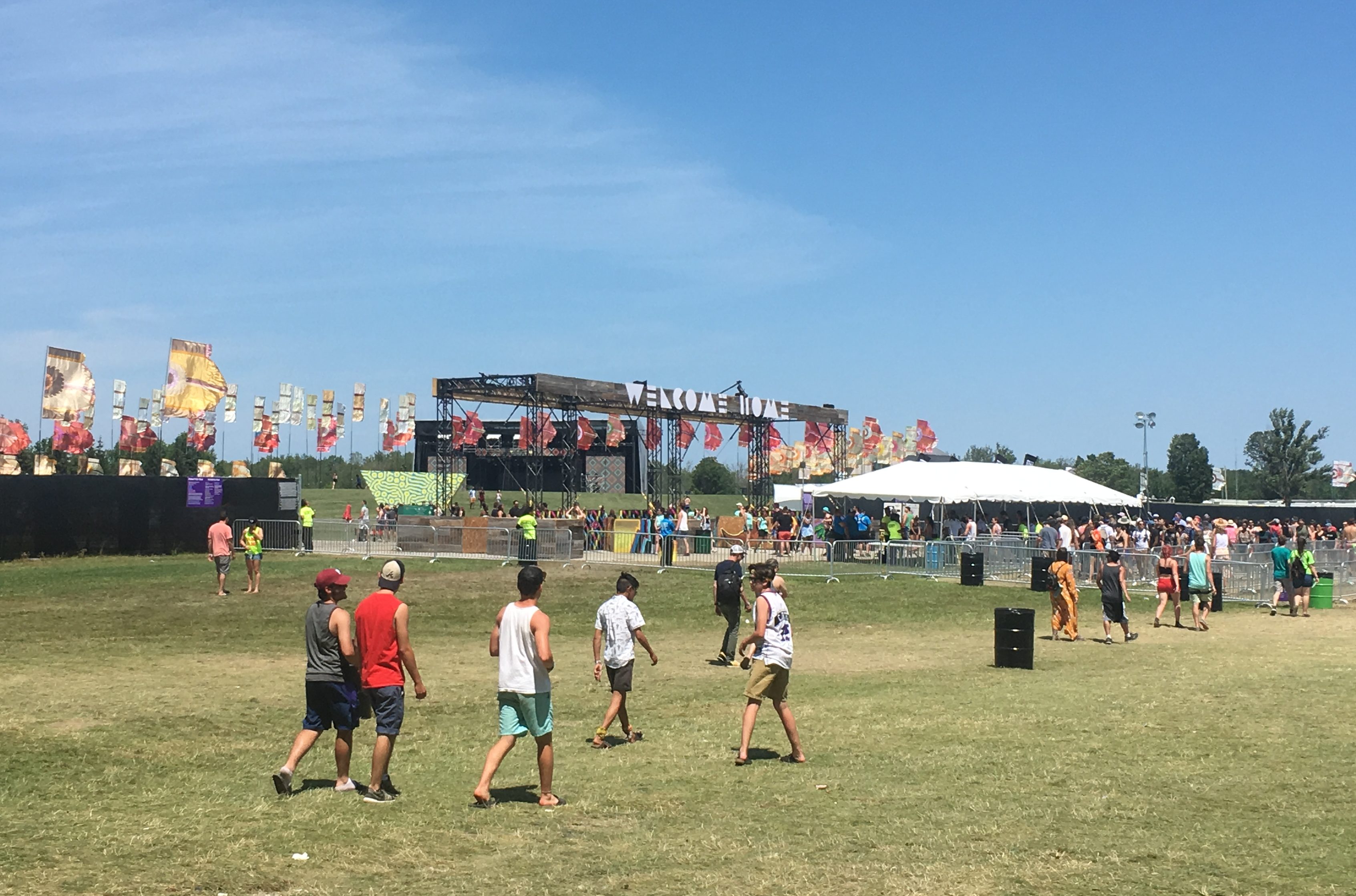 Walking onto WayHome Festival grounds felt like a dream come true! My sister, Theanna, and I were ready to take on our first music festival! We were all set up to have a great weekend thanks to some awesome partnerships with WayHome and Mountain Equipment Co-op (MEC).  In partnership with us, WayHome graciously provided us with exclusive VIP wristbands, which came with a lot of perks! WayHome VIPs had their own section on the festival grounds, granted entry with one tap of the wrist. Walking into VIP, we were immediately greeted with open arms, and met with excited faces that matched our own. After one quick tour, we realized just how lucky we were! The VIP premises was full of great activations! Many of which were hidden inside the giant VIP barn! 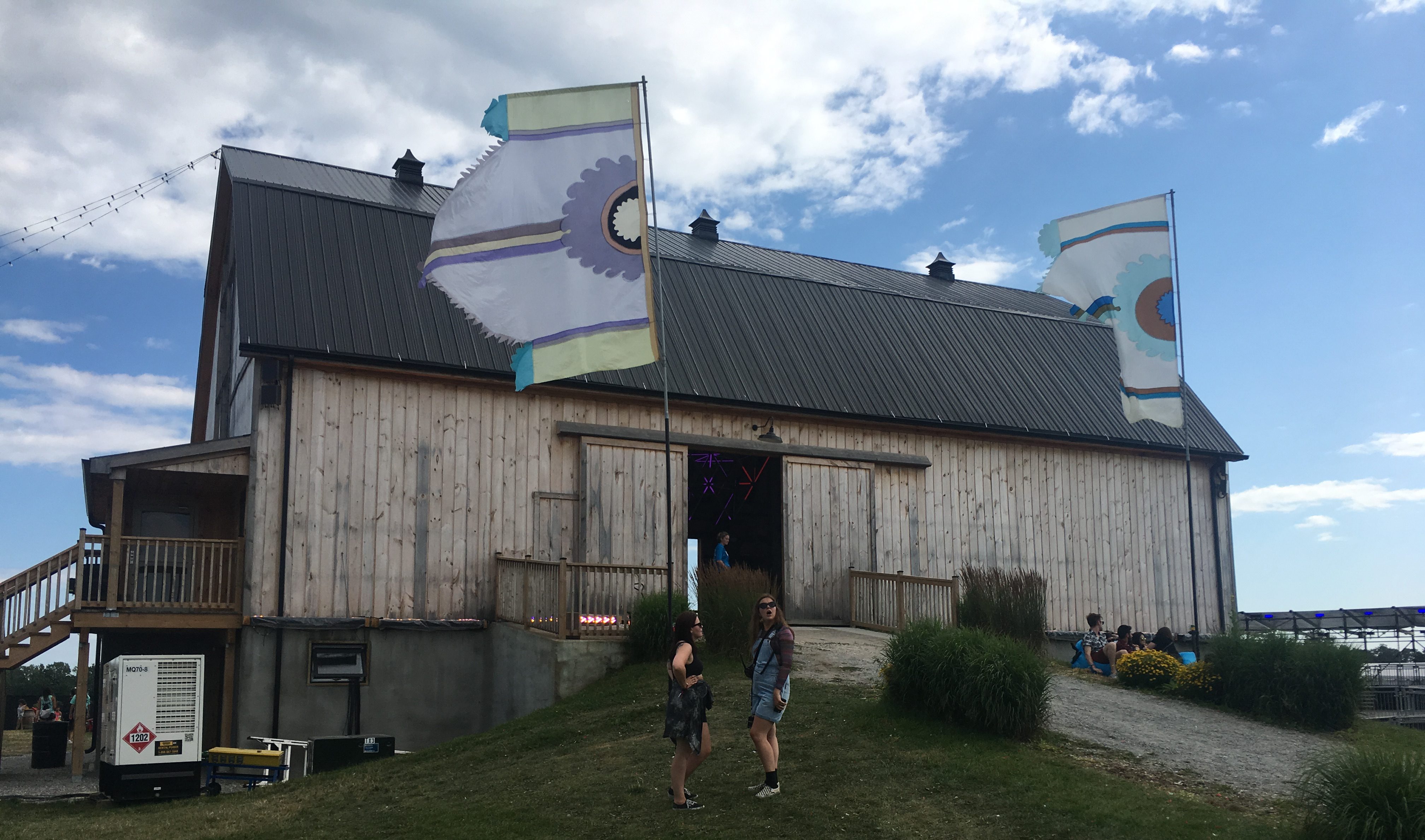 It might not look like it from the outside, but this VIP barn was seriously bumping! The barn gave off an eccentric vibe, as the DJ was blasting the latest hits, and the bar was serving wayhomies all day long. When you weren’t vibing to music and drinks, you could go up a level and get yourself some custom merchandise from The Baitshop! 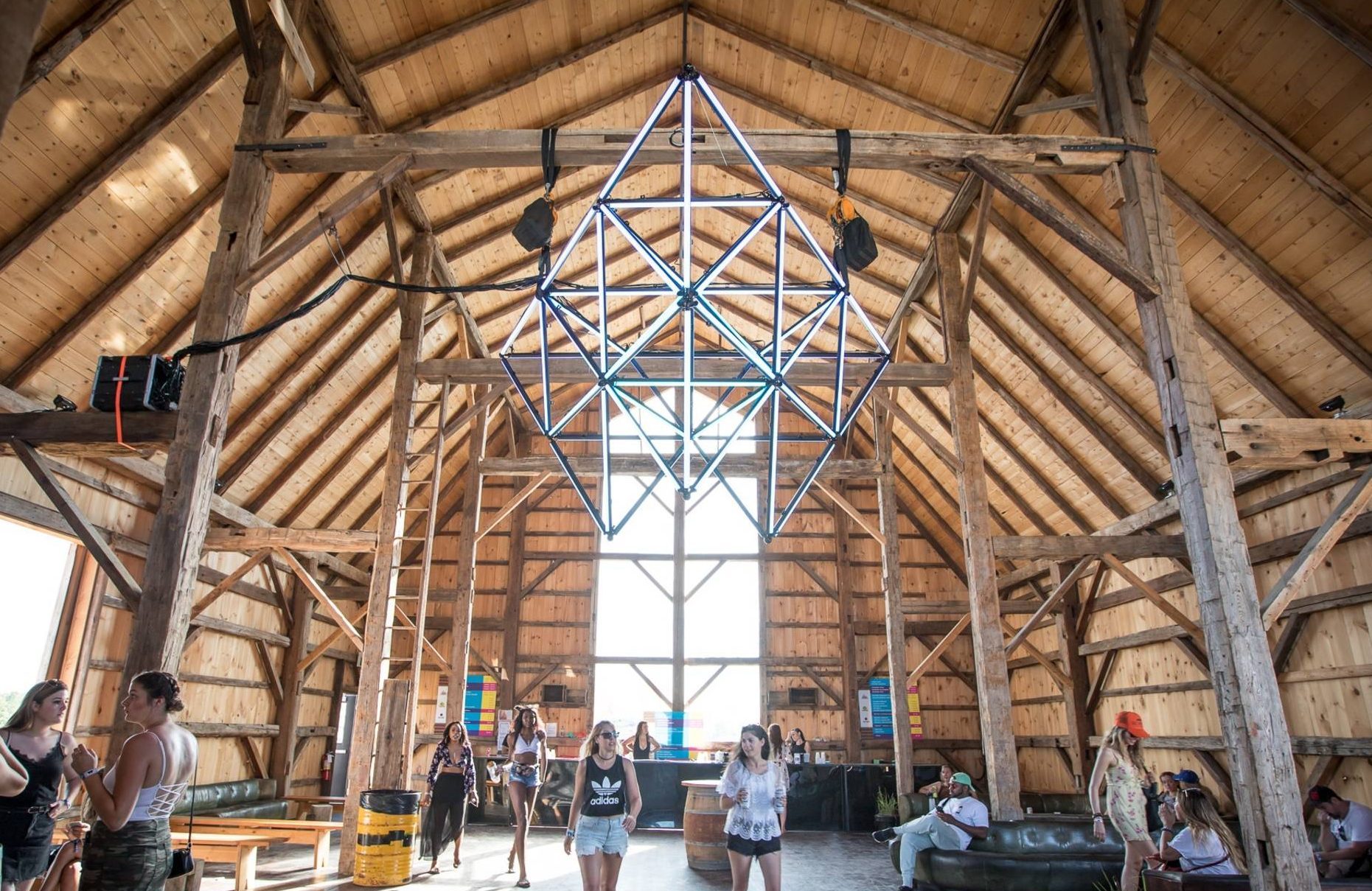 There were many people who ventured in and out of the VIP barn, looking for some down-time in between performances. Personally, my sister and I couldn’t wait to try out the TO112 Beauty Bar, located on the lower level of the barn. 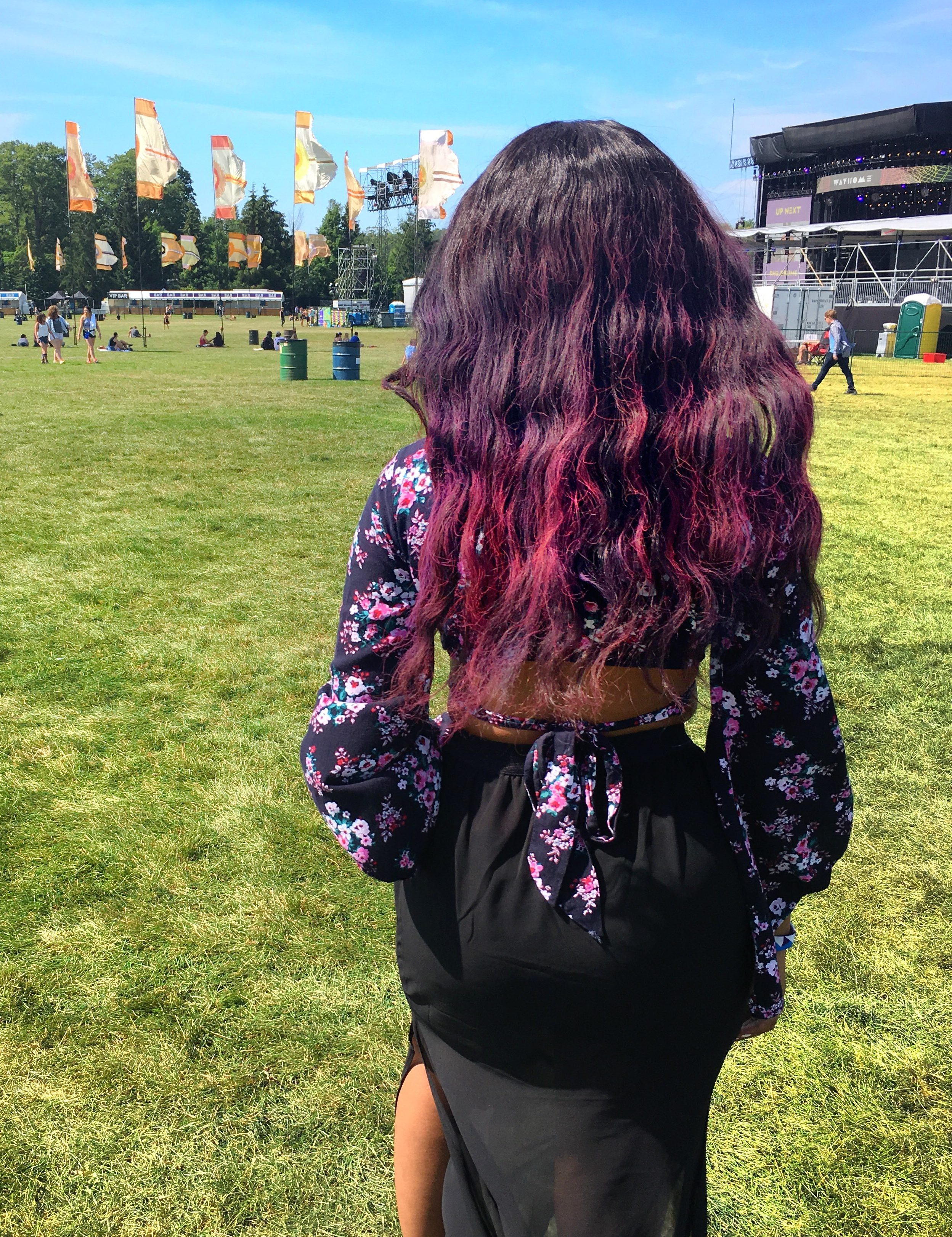 Inside the TO112 Beauty Bar, the lovely beauticians spiced things up with some sparkly glitter, shiny rhinestones and vibrant hair tint. We all know it wouldn’t be a music festival without some flashy touch-ups! All weekend we went back for some different and creative looks. I tried some gold glitter on my cheeks, and purple glitter on my lips, while my sister accessorized with silver rhinestones around her eyes and brows.

My favourite look was my purple and pink hair! I’ve always wanted to dye my hair, but could never take the risk! This semi-permanent alternative was just perfect! So yes, this was also a first and I absolutely loved it! After getting beautified, Theanna and I would frame the moment inside the cool photo booth. Take a picture and it will last longer, am I right? The Beauty Bar was really great, but that wasn’t all VIP had to offer! Right next door, we found the Equinox Regeneration Station! 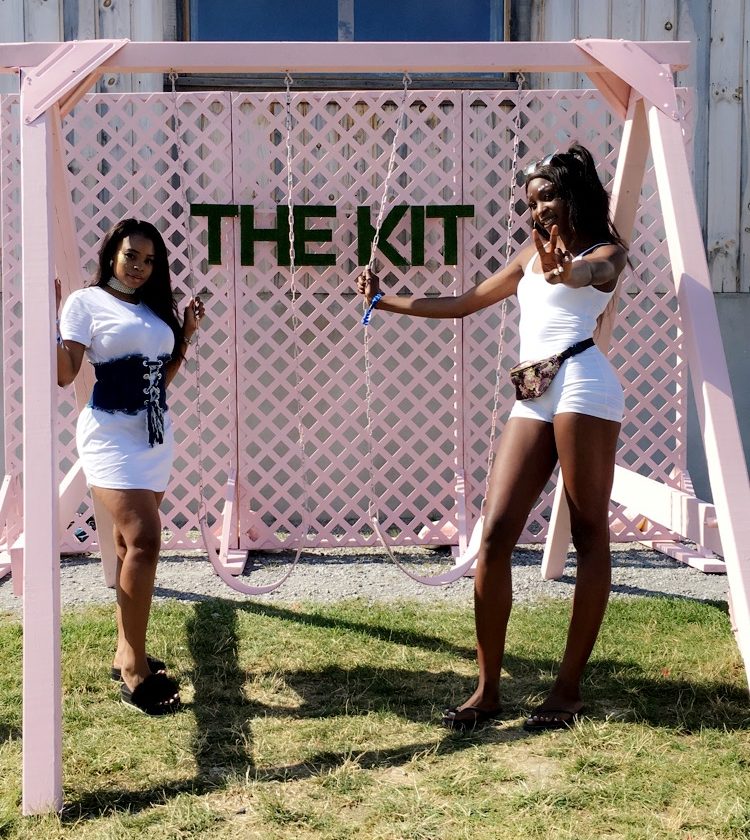 We also stopped by the The Kit’s cool swing installation! We were disappointed to find out we couldn’t actually swing, but it made for a pretty nice picture! The Kit shares a lot of beauty and fashion news, so that only makes sense. They were also kind enough to provide a polaroid frame of this picture as well!

Getting to meet and converse with Jahkoy was definitely a memorable experience! We talked about having previously met at Kehlani’s SweetSexySavage show at Rebel Nightclub and his amazing WayHome performance! He was very genuine and charismatic as we laughed about his attempt to recreate the famous Kid ‘n Play dance with his cousin, Jay, on stage. We also got to talking about his plans for the rest of the summer, such as his upcoming performance at the 93.5 Throwback Bash, which I heard went really well! Make sure to check out his debut EP Foreign Water out now! 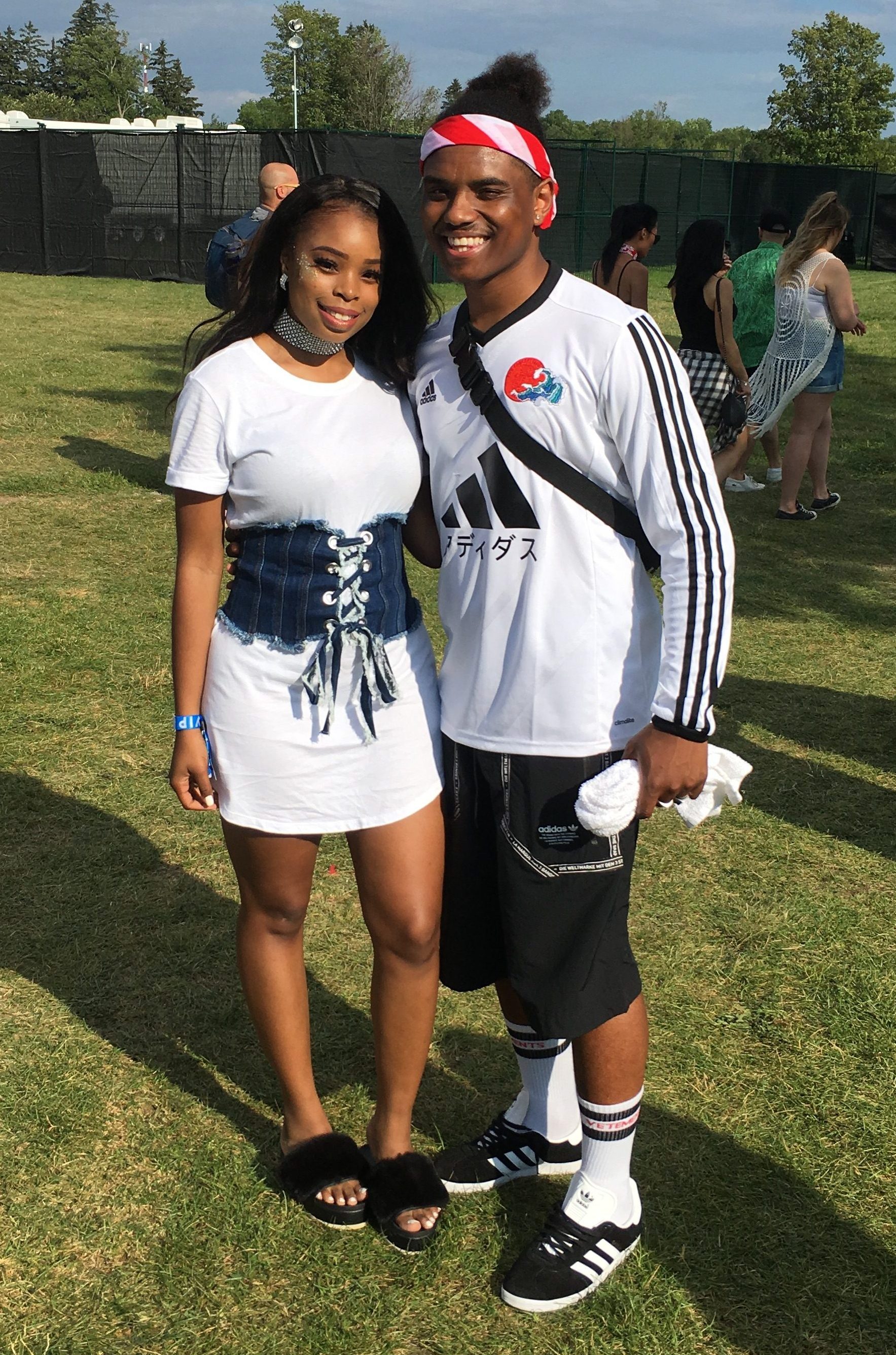 Although the VIP area was awesome, we spent little time there as we ventured into the actual festival grounds. WayHome was truly surreal, and unlike anything my sister and I had ever seen. WayHome fashion had zero boundary. There were some wayhomies who drew inspiration from the festival theme, rocking tassels, cowboy boots and flower crowns (courtesy of the WayHome flower bar). Then were some who thought completely outside the box, making true fashion statements. Some things just can’t be explained, so take a look: 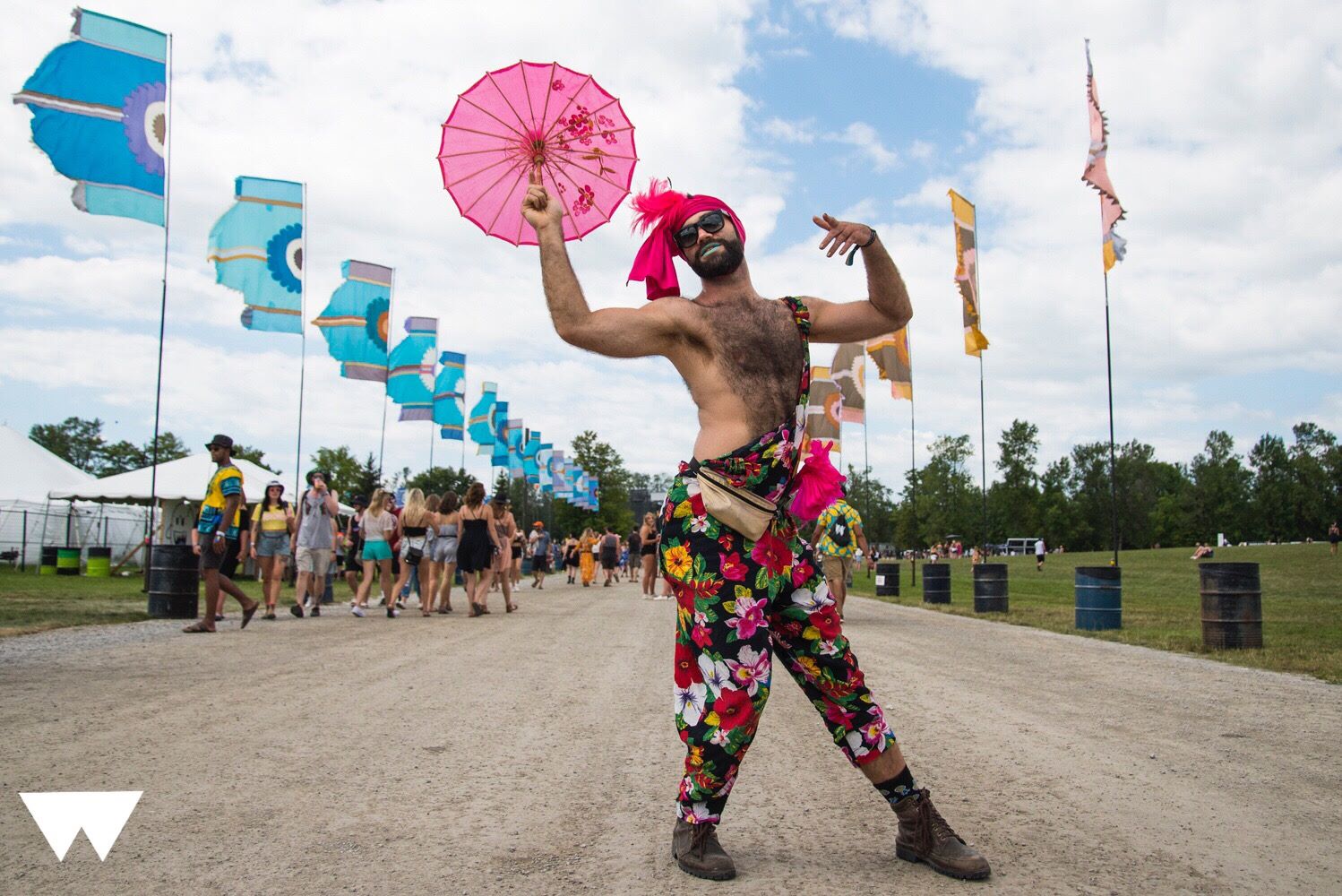 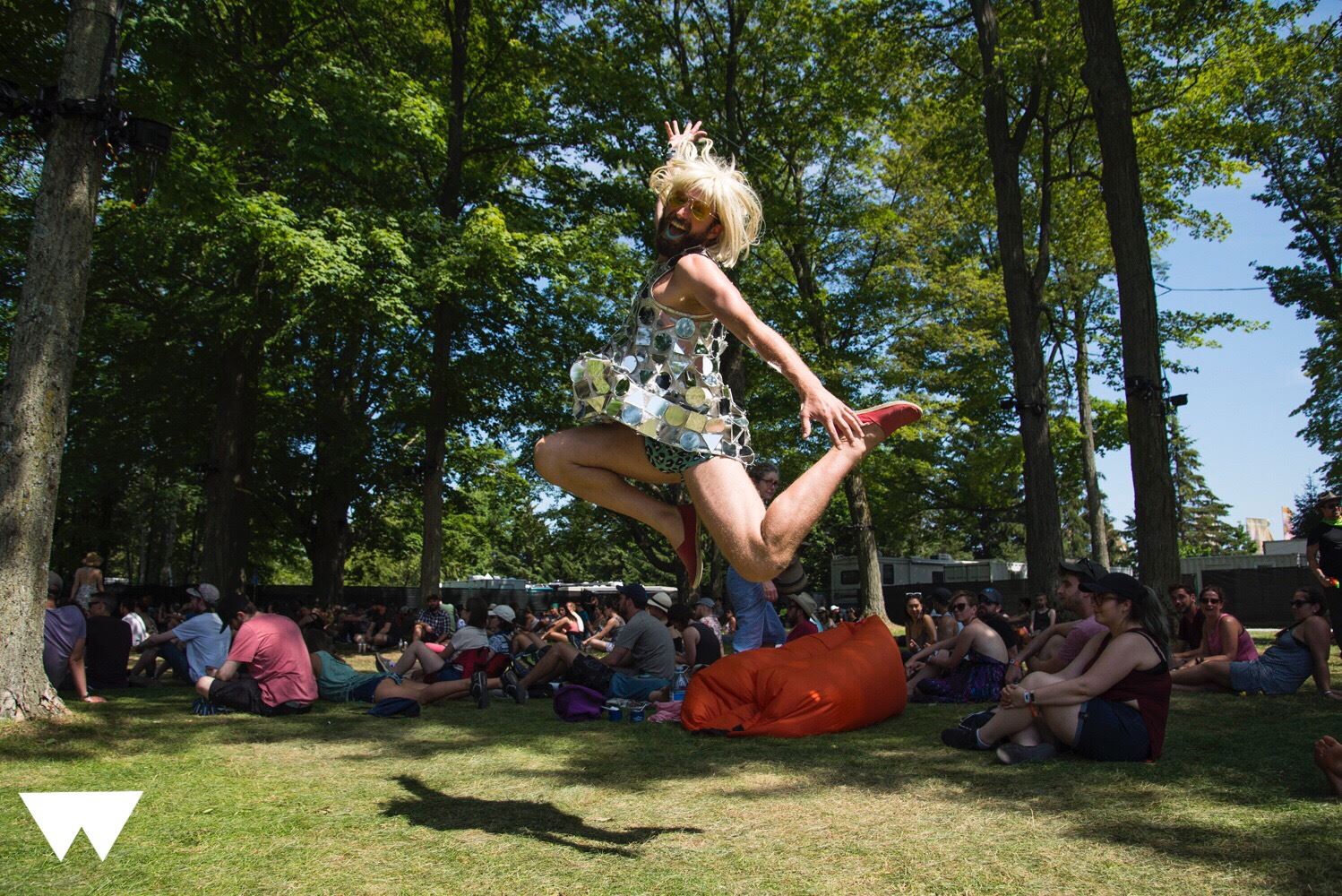 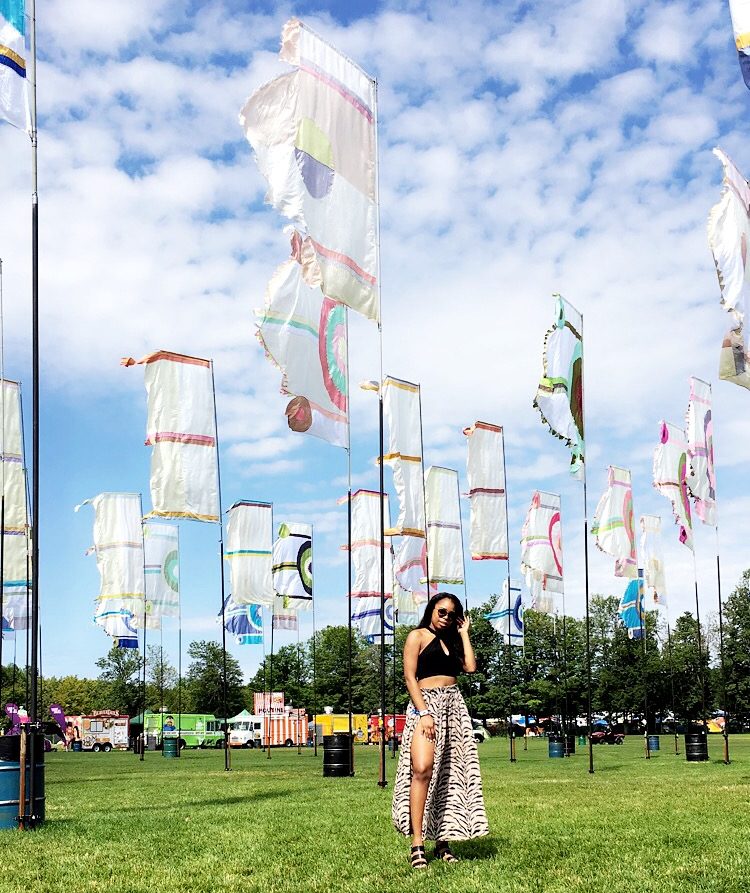 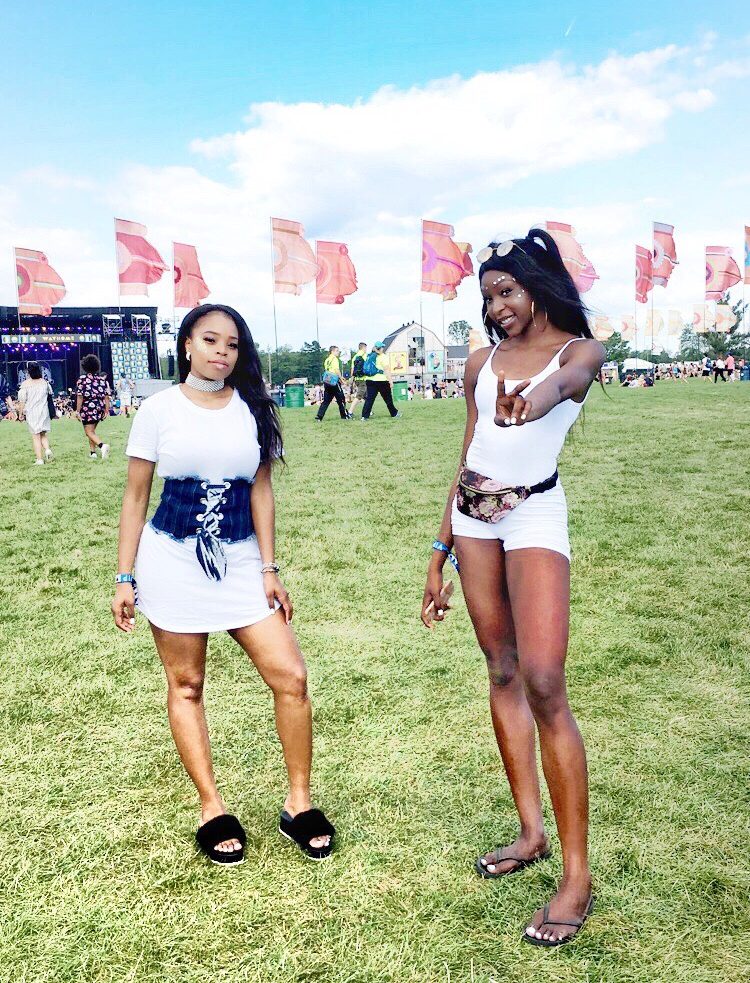 Walking around WayHome, fashion wasn’t the only thing that stood out. If you were following along on the Do The Daniel Instagram Stories, you would know that I couldn’t stop drooling over the food! Everything not only looked amazing, but tasted incredible! Theanna and I made an on-site bucket list on the first day, which encouraged us to try new foods, yay for more firsts! 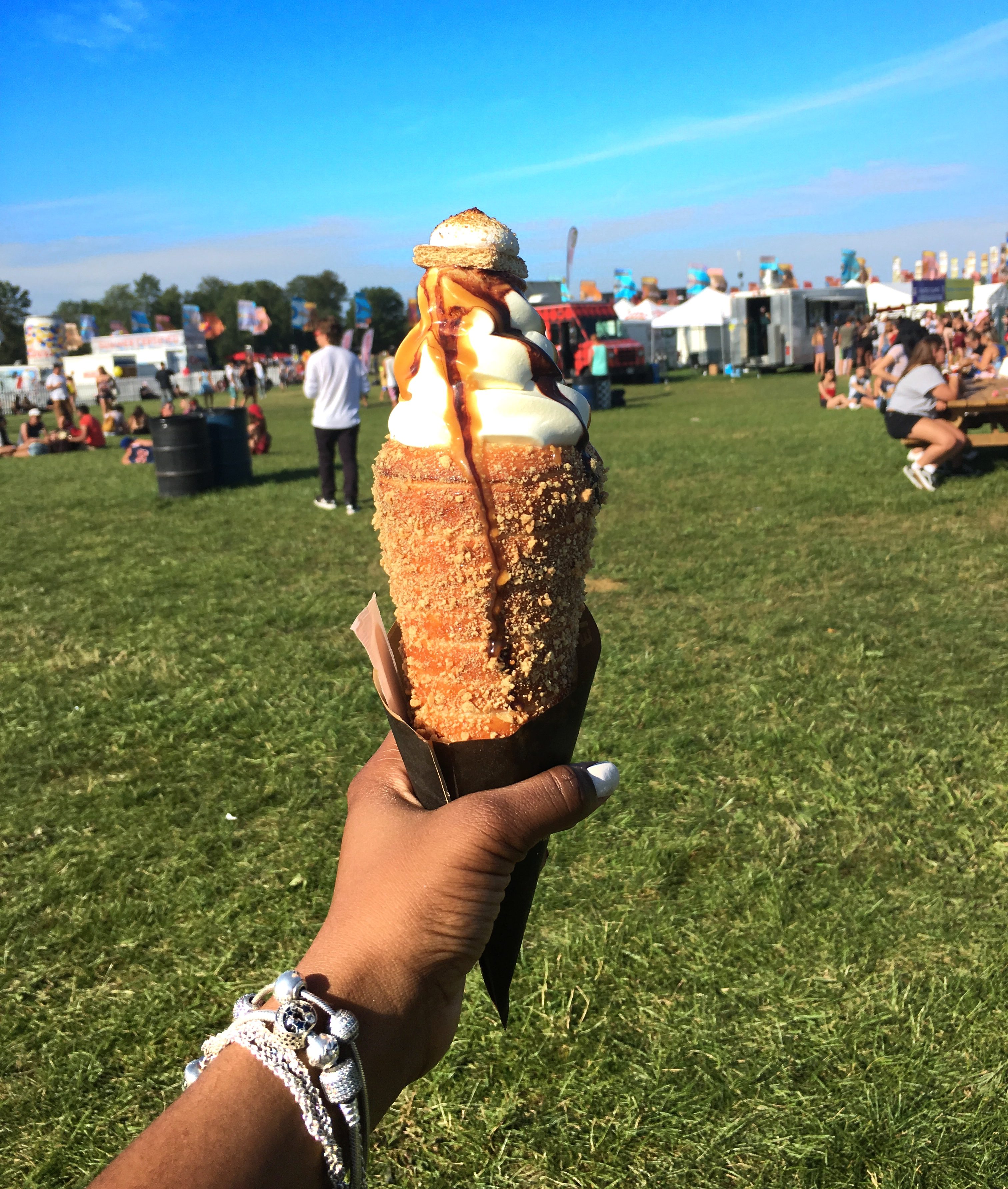 One dessert that immediately caught my attention was Eva’s Original S’mores Chimney Cone! The ice cream and marshmallow on top was so smooth, but the graham cracker and cone pastry gave it a nice crunch! It was definitely unlike any ice cream cone I’ve ever had. Once I heard that they’re located in Toronto (454 Bloor Street West), I knew it wouldn’t be the last time I taste this beauty.

I can admit that I had a bit of a sweet tooth at WayHome. A lot of what I put on our bucket list were desserts! 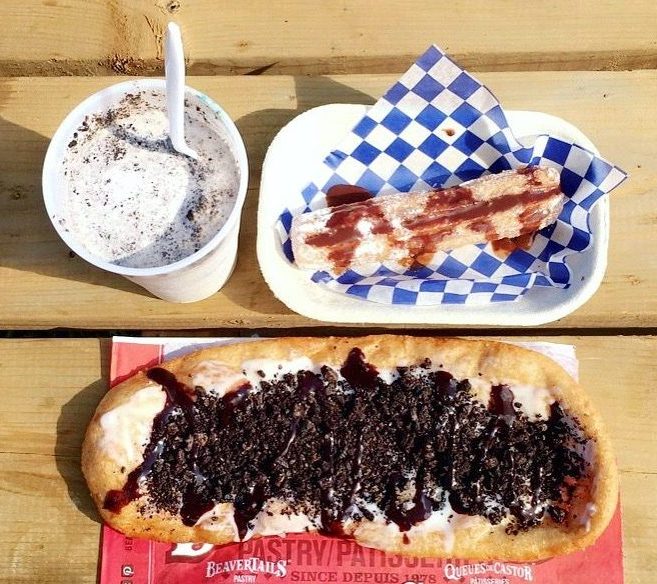 Another tasty item we ticked off the list was the Queues de Castor Cookies ‘n Cream Beaver Tail! I know what you’re thinking, a Canadian who has never tried a beaver tail is just tragic.

Fear not, it was finally conquered, along with a cookies ‘n cream smoothie and chocolate filled churro!

When we weren’t grabbing food or charging our phones at the VIP charging stations, we made sure to check out a few of the installations around. We do have some favourites, amidst a ton of vendors and cool brand stations. We particularly loved the Coors Light hot air balloon! Over at their lounge, wayhomies could win the chance to ride in the sky! Although we didn’t get to participate, it was really cool to see people at such heights. 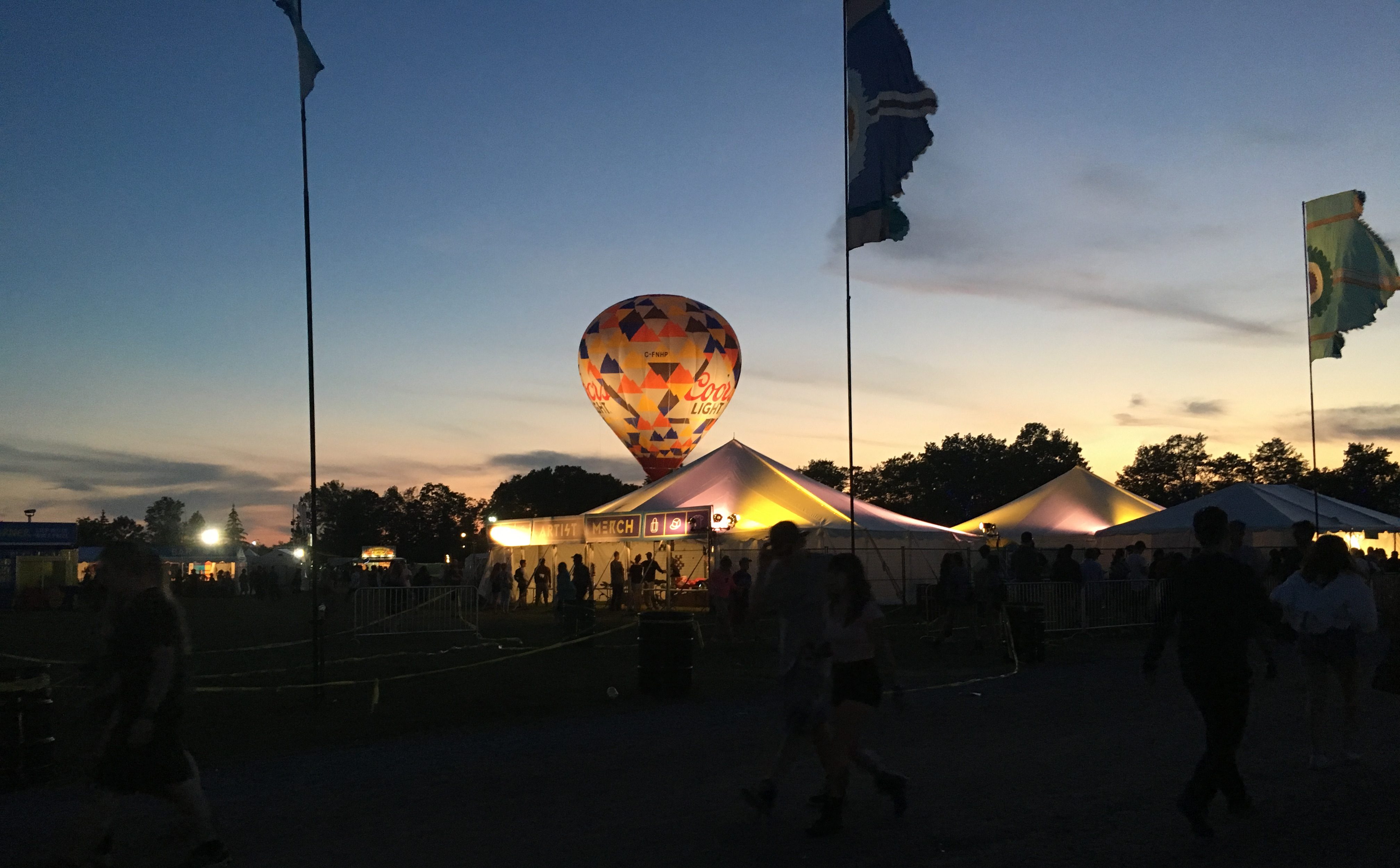 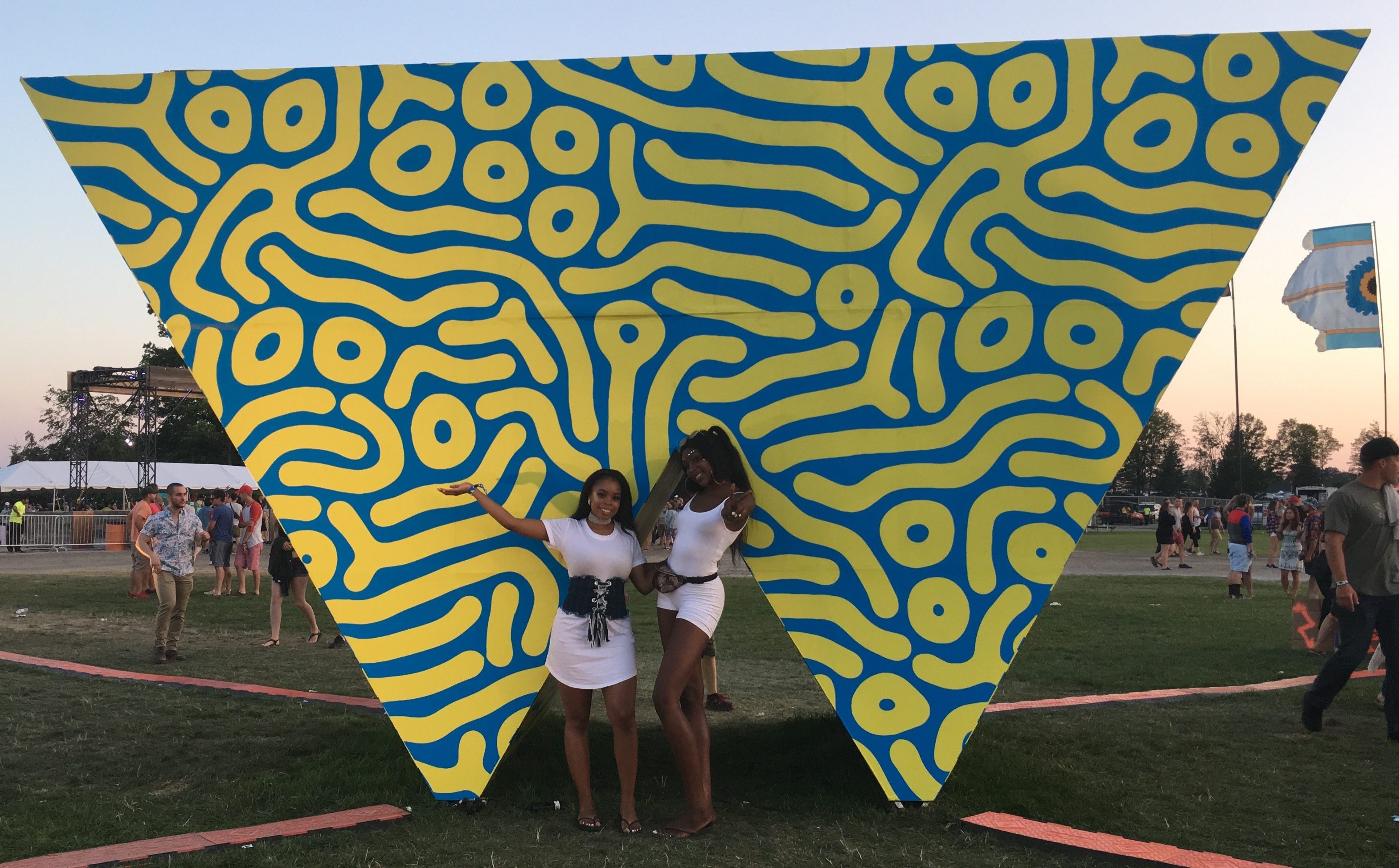 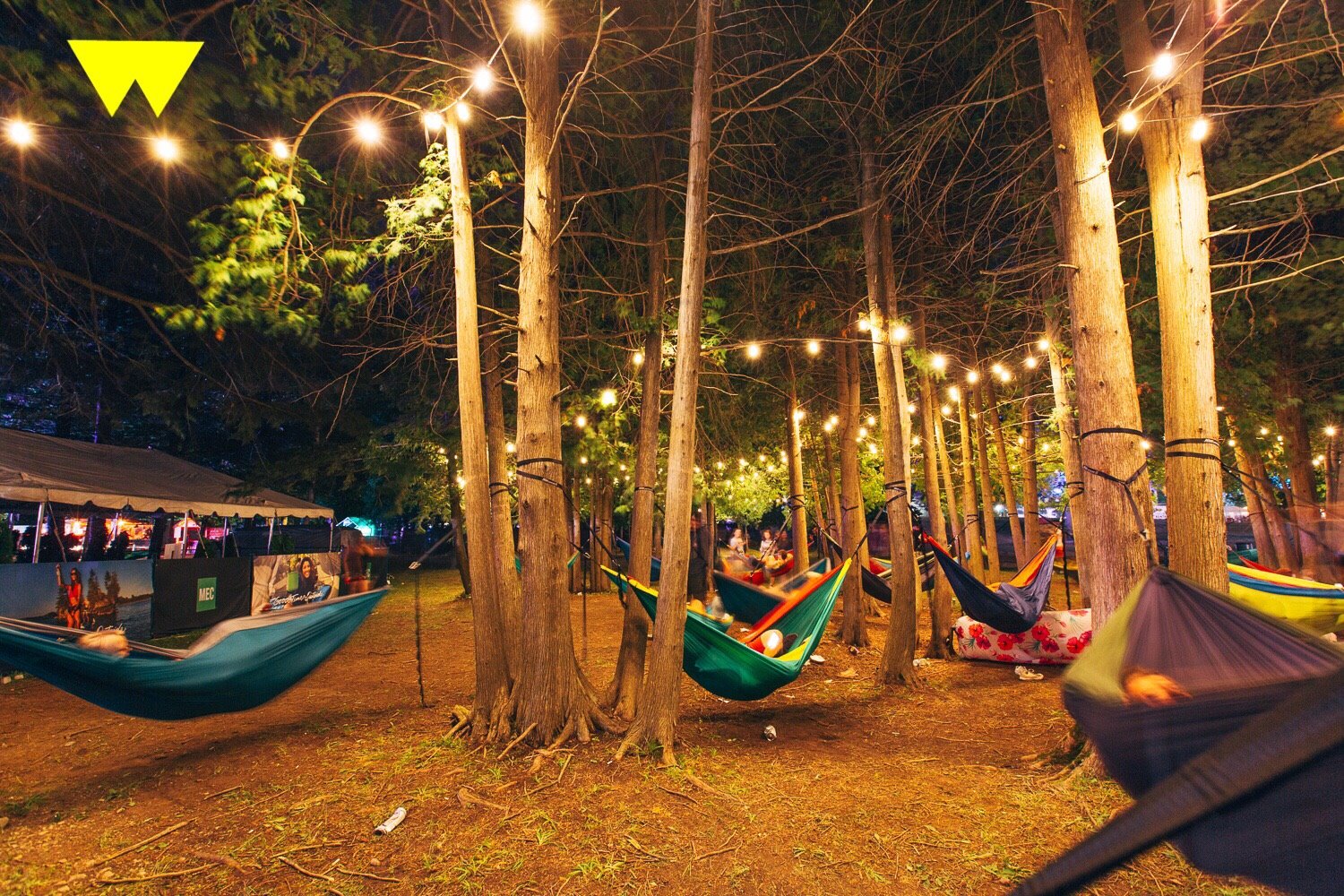 Speaking of great music, I couldn’t believe the lineup! With headliners like Frank Ocean, Imagine Dragons, Flume, Solange, SchoolBoy Q, Vance Joy and more, we knew it would be an epic weekend! The WayHome app was a great help in this department, because it allowed us to create a personalized schedule based on who we were dying to see! The festival had thousands of attendees so we knew the crowd would be endless for many shows. Thankfully, another perk of the VIP passes includes front stage access! We were still running from show to show, from WayAway to WayBright to WayHome stage, but it made it a lot easier to get closer to our favourite artists.

If I had to narrow down MY top 10 WayHome performances starting with the best, I would say; Frank Ocean, Imagine Dragons, Jahkoy, Flume, SchoolBoy Q, Solange, Vance Joy, Russ, Foster the People, and last but not least, Mura Masa. Although I do have my favourites, many performances at WayHome were just as expected; mind-blowing.

The legend, Frank Ocean, had the most expected turnout, as he set to close out the whole festival. Instead of using the WayHome stage, like most performers before him, Frank Ocean opted for a more unique setting. His stage was set right in the middle of field, surrounded by thousands of fans. He had a camera crew that followed him during his performance, allowing people to see on the big screen. Occasionally, the crew would turn to another member on stage, who would type stuff on his MAC like, “Are you guys having a good time?” and “Scream for the legend.” Plus, for certain tracks during his performance, the camera crew would pan out to people in the crowd, and in those moments I swear we all cried! At one point, there was this couple on screen whom were very nervous, but Frank was singing about pride and accepting yourself for who you are. So eventually both men embraced one another as the crowd cheered on and on! Frank’s whole performance left many of us emotional.

Imagine Dragons was right up there in my top 10 list of greatest performances because they were incredible entertainers! They performed some of their latest hits off their newest album Evolve such as “Believer” and “Yesterday”, but also closed their show with an oldie but goodie, “Radioactive”. Dan Reynolds, lead vocalist, didn’t shy away from the crowd at all! At one point in the show, he came down from the stage, got up on a speaker box, and started reaching over to engage with the fans. People immediately started pulling him over the bar, so security had to hold him back. It was complete madness and awesome all at the same time! 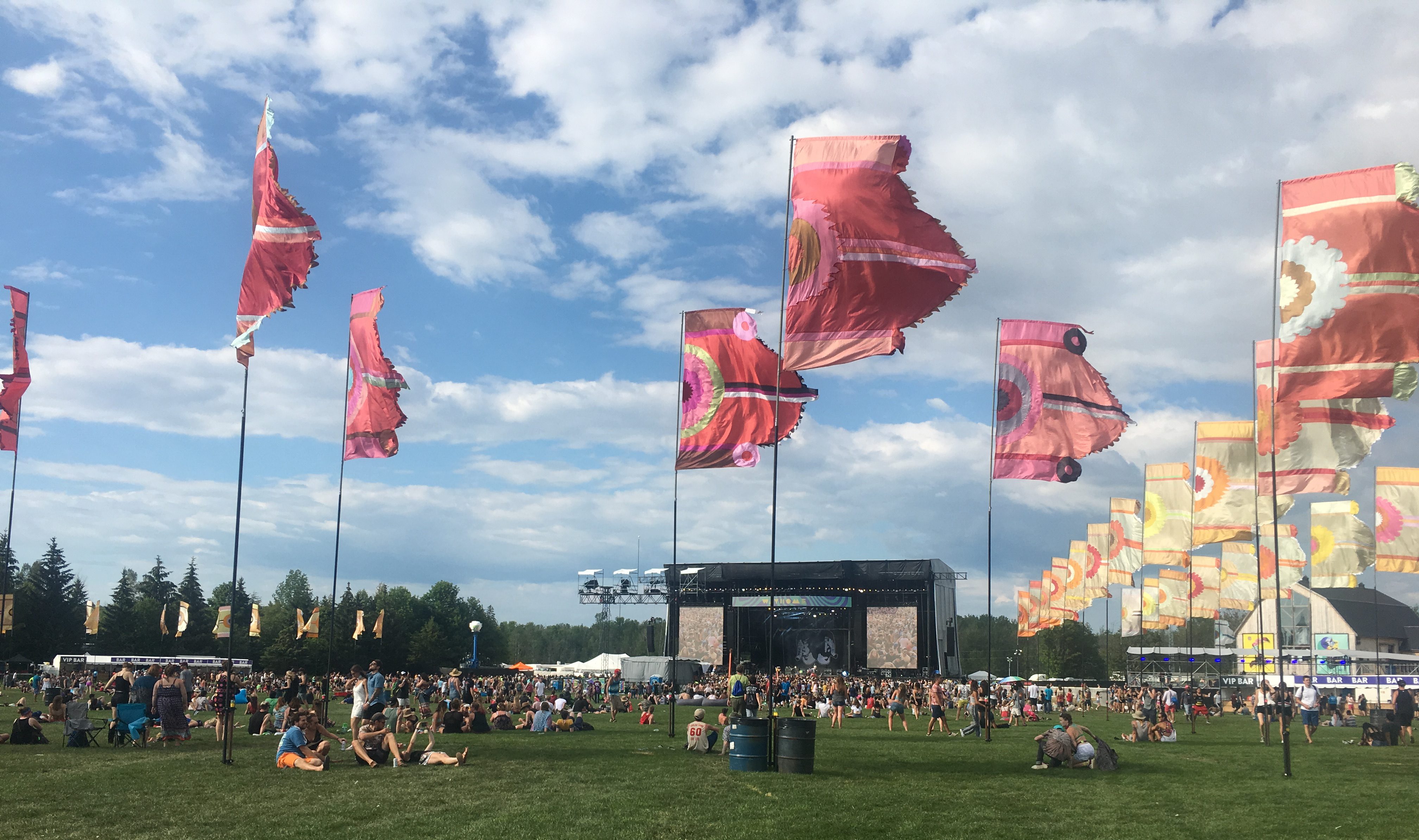 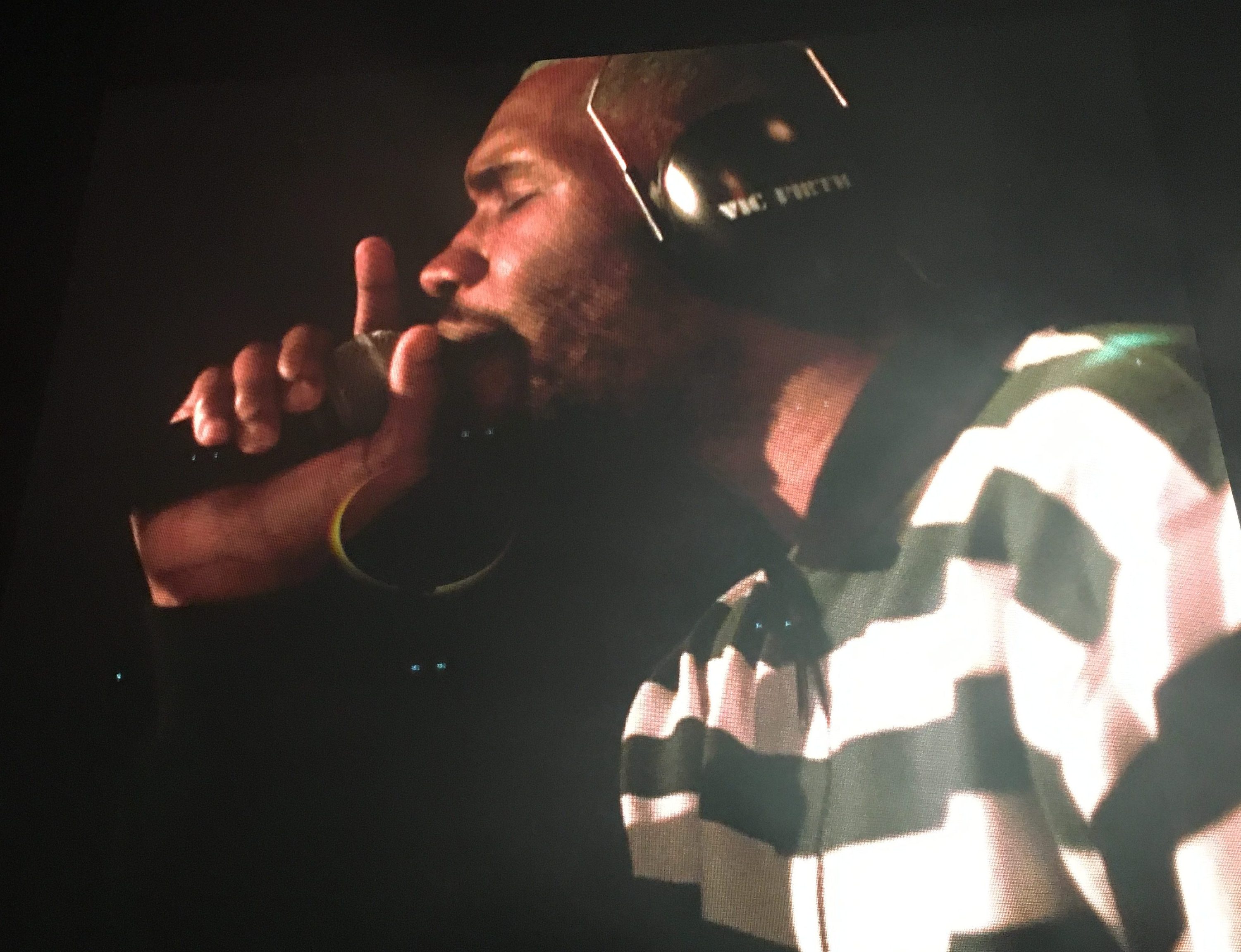 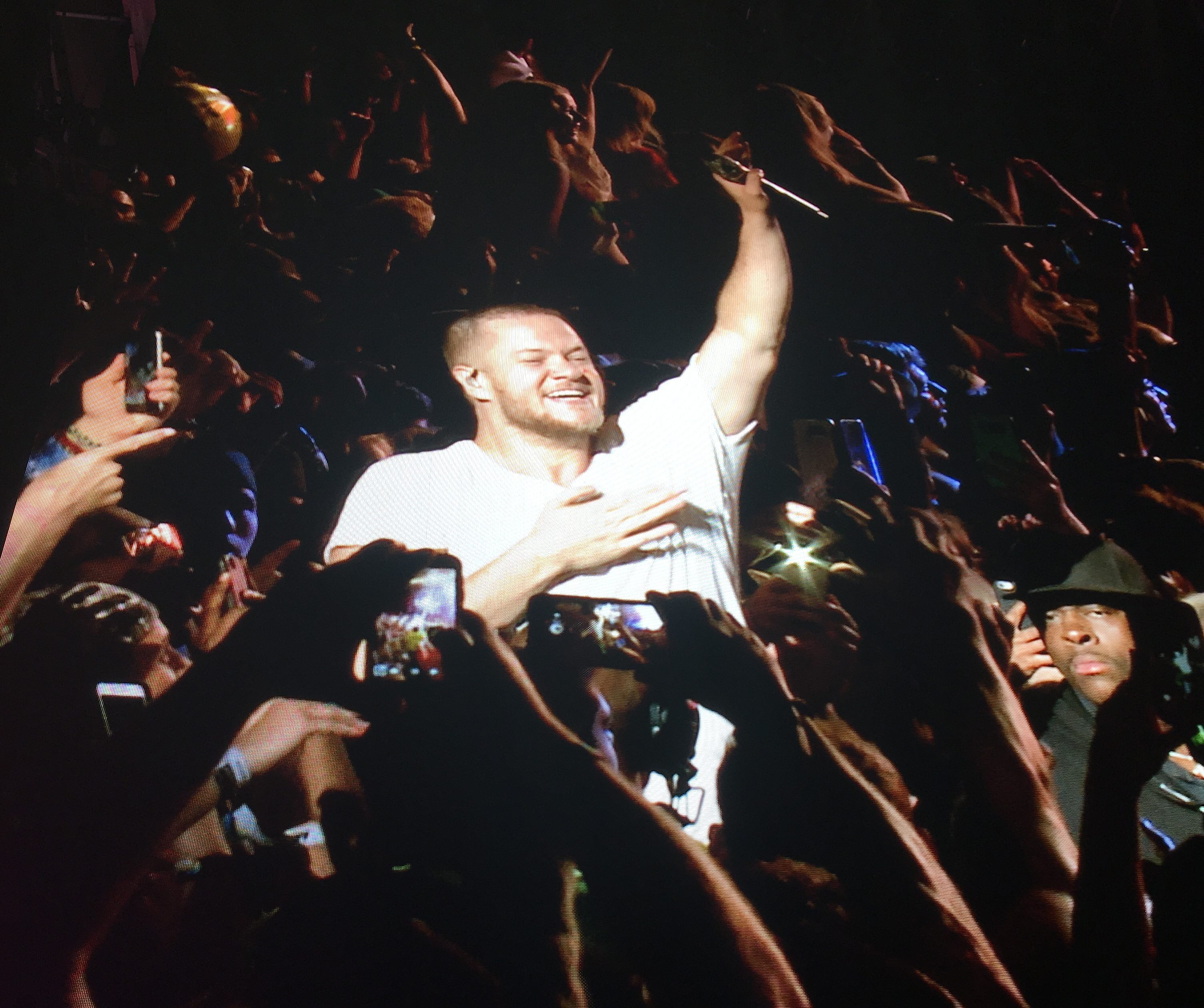 After going off at different shows throughout each day, it was nice to know that we had a home away from home for the weekend! Our lovely friends at MEC set us up with a whole camping package! We were provided a large Camper 4 Tent, two Creekside Sleeping Bags, two sleeping mats, and two lawn chairs! Not only was it our first festival, but we had never been camping before! So when we first arrived, MEC contacts were on-site and assisted us with the entire set up! Although it was our first camping experience, we had all faith in the MEC products to give us the most comfortable sleep and stay possible.

At the end of each night, we would tirelessly slip into our tent and prepare for rest. The temperature would drop, but our sleeping bags prevented that from being an issue! We were warm and cozy. That was until the morning and the temperature would rise to 30 degrees at like 10 a.m.! Yet of course, that still wasn’t an issue because our tent allowed us to zip down the tent cover to get some air, but remain hidden from other campers nearby.

In the day, before we’d head out to the festival, Theanna and I would grab some food and hang out on our MEC chairs. Also, our camp site was in close proximity to the VIP entrance, which was literally perfect. If we needed to go back to apply some Coppertone sunscreen, it was a short and easy walk. Special thanks to MEC for setting us up so nicely! 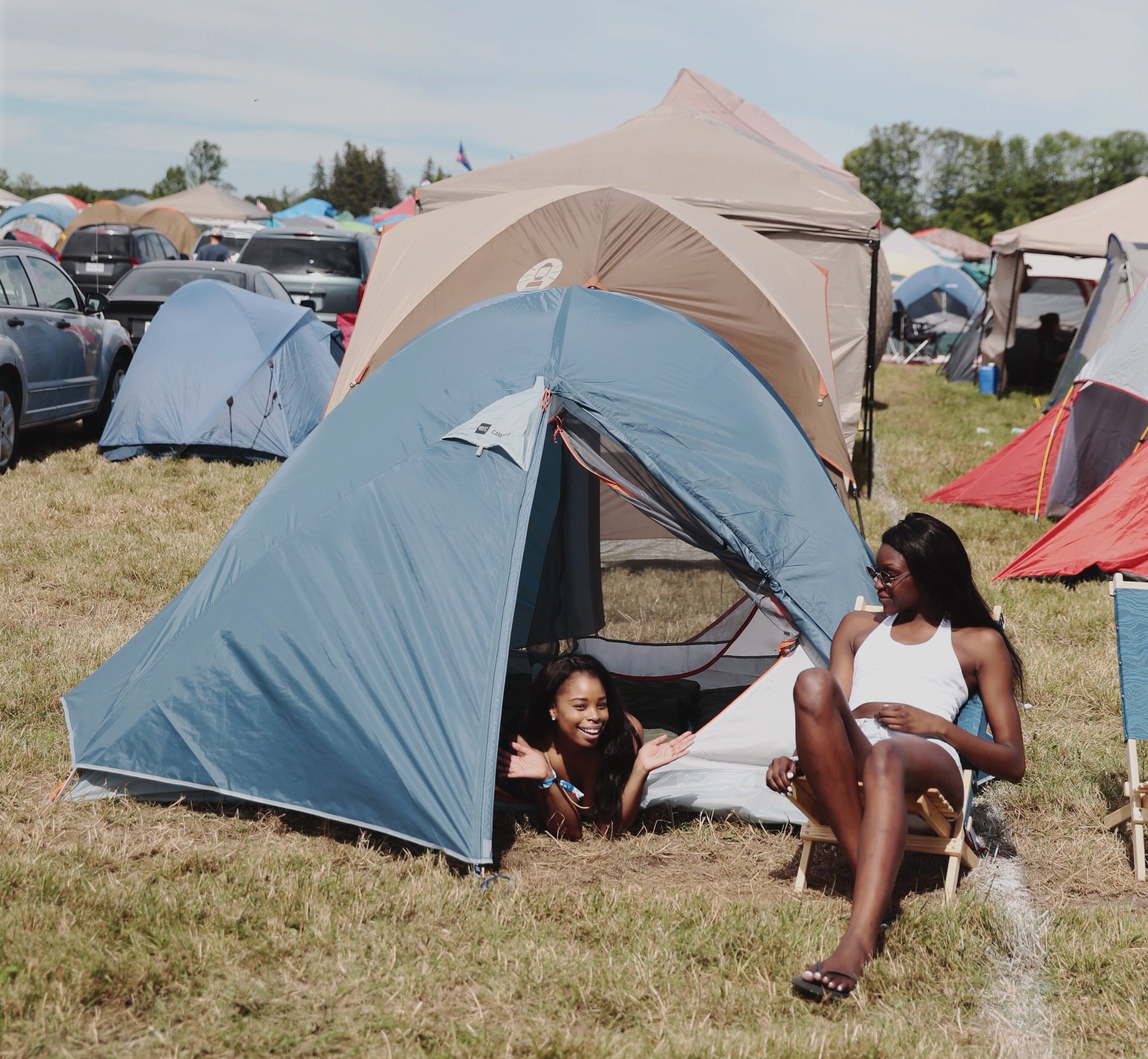 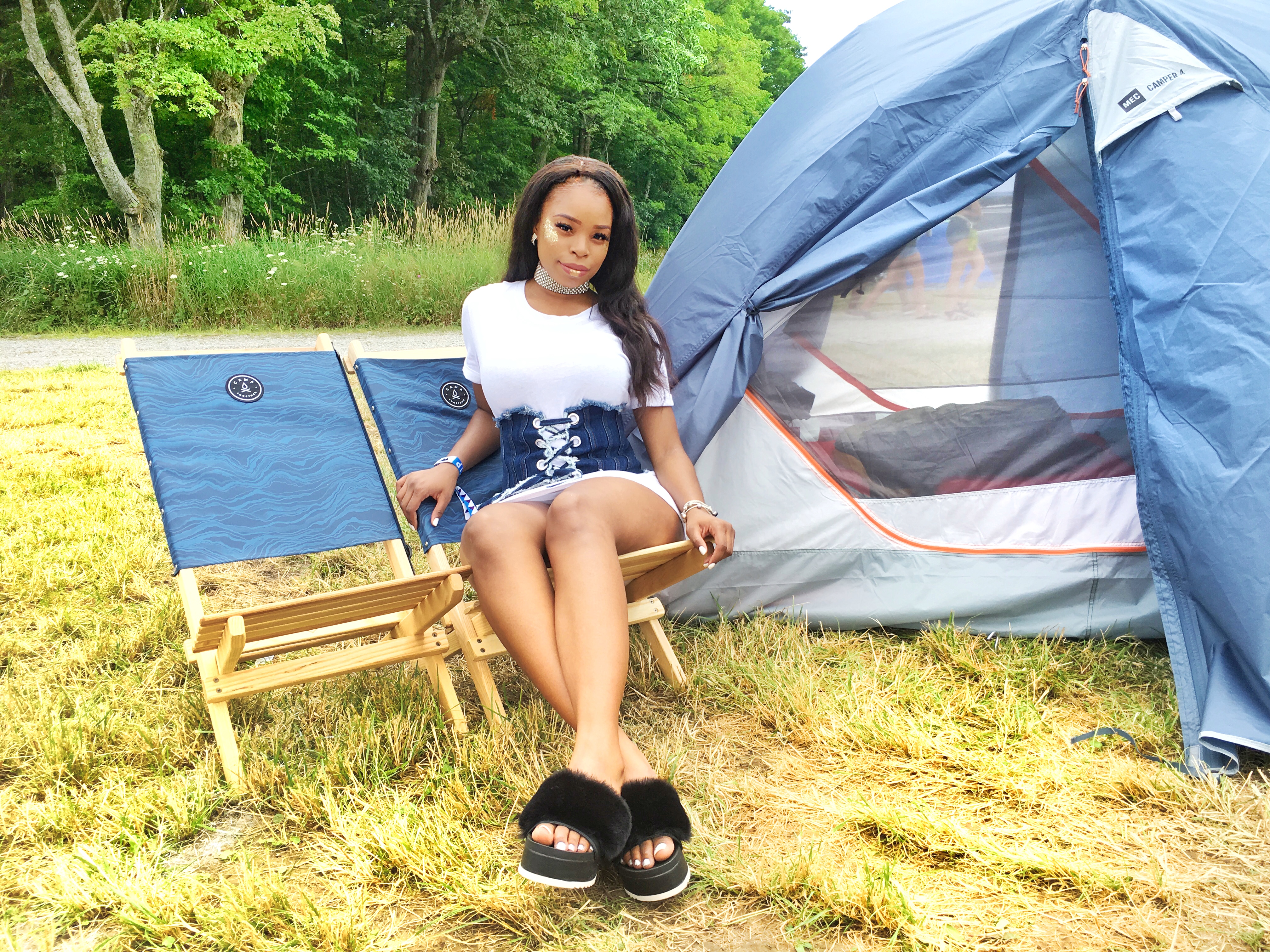 Overall, WayHome 2017 was a truly unforgettable experience! It was a weekend of firsts, with my partner in crime, my sister, Theanna. We both tried new things and took risks we never anticipated taking! Thank you MEC for showing us good times outside! Thank you, WayHome, for giving us a weekend of memories that will last a lifetime! I’m 100% certain that we finally found our way home.

Mobile photos are always taken on my NEW Huawei P10 Plus