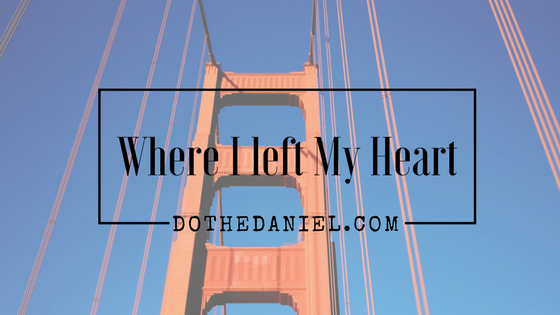 The Best of San Francisco

This year, I celebrated Christmas by spending time my family in San Francisco. The holiday music pumping through store speakers and the odd Christmas-wreathed doors were, in my opinion, in direct contradiction with the 18 degree weather, the warm sunshine, the sailboats in the harbour and the complete and utter lack of snow (apparently it just never snows there… what the heck is that like?!).

Having lived in a beach apartment for a year in Wellington, New Zealand, I felt drawn to the San Francisco Bay with the Berkley Hills and Oakland Hills on the other side. Everywhere I looked, I felt like I was back in that kiwi capital city and I think it provided me with a sense of familiarity. Although there were definitely some unique aspects that you could only find in sunny San Francisco. While we were there, we stayed in Fisherman’s Wharf, where every street corner boasts a picture postcard of the majestic scenery. Even our hotel room window provided a view of Alcatraz! 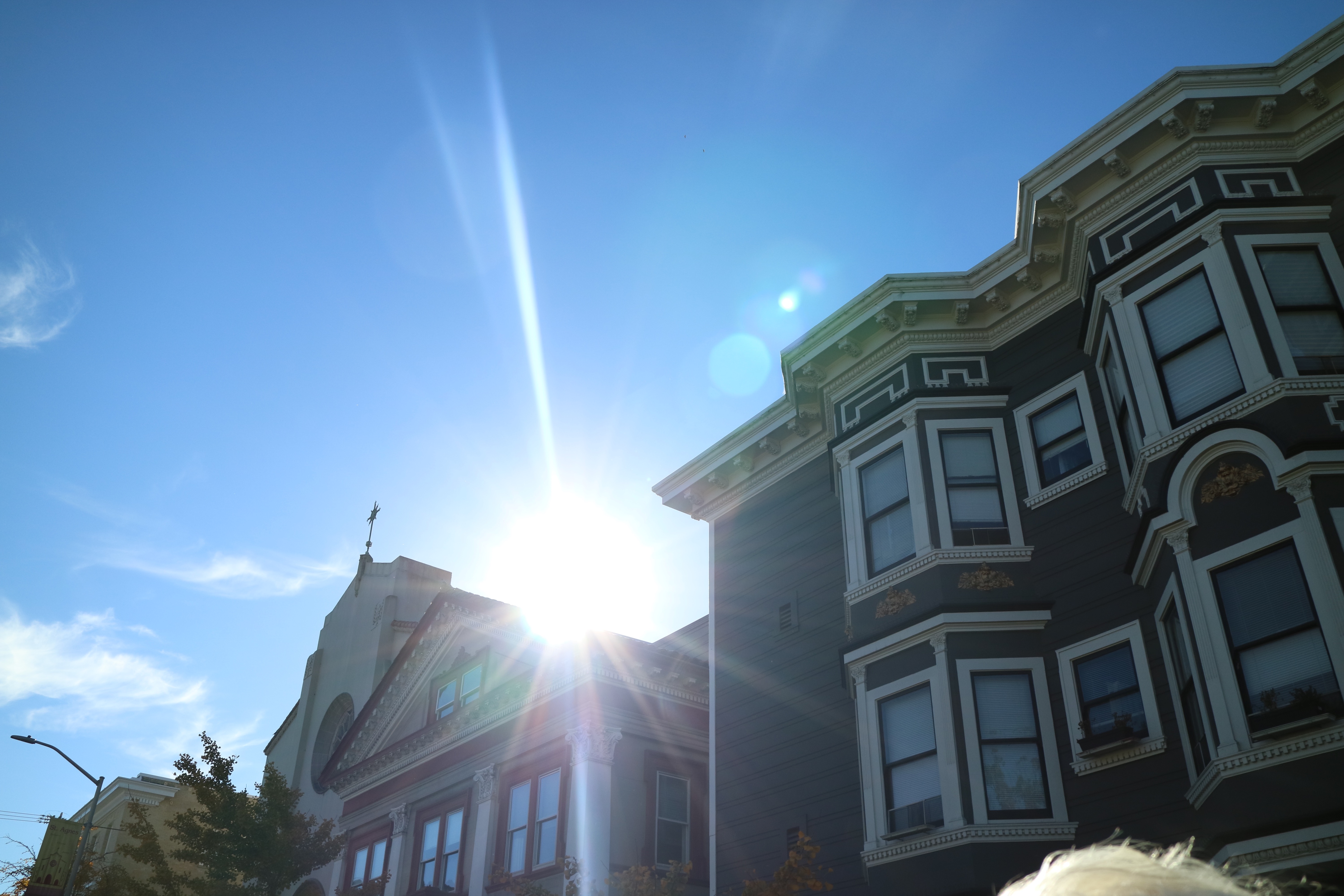 It only made sense to put together a list of the best parts of this wonderful holiday vacation. If you haven’t paid a visit to this California city yet, I would highly suggest that you add it to your list immediately. Because you would love exploring this beautiful beach city! Getting around isn’t difficult because motorbike rental agencies like Riderly are available here just as in several major cities. It is a flexible and affordable mode of transport that many tourists these days tend to prefer. The booking and inquiries can be done online and so you can start your bike tour soon after you land in the city! Be warned though… many people who visit this wonderful city end up staying permanently! Although it is an expensive city to live in, so many who move here use companies like Urbanests to help them find cheaper, apartment rentals. These co-living spaces come furnished which means that it is possible to save the money that you otherwise would have been forced to spend on furniture. It’s worth mentioning, though, that as soon as you have found the perfect place to live here, the one thing you should remember is to get a home inspection from https://goldengatehomeinspections.com in order to make sure the home you are purchasing is in perfect condition. 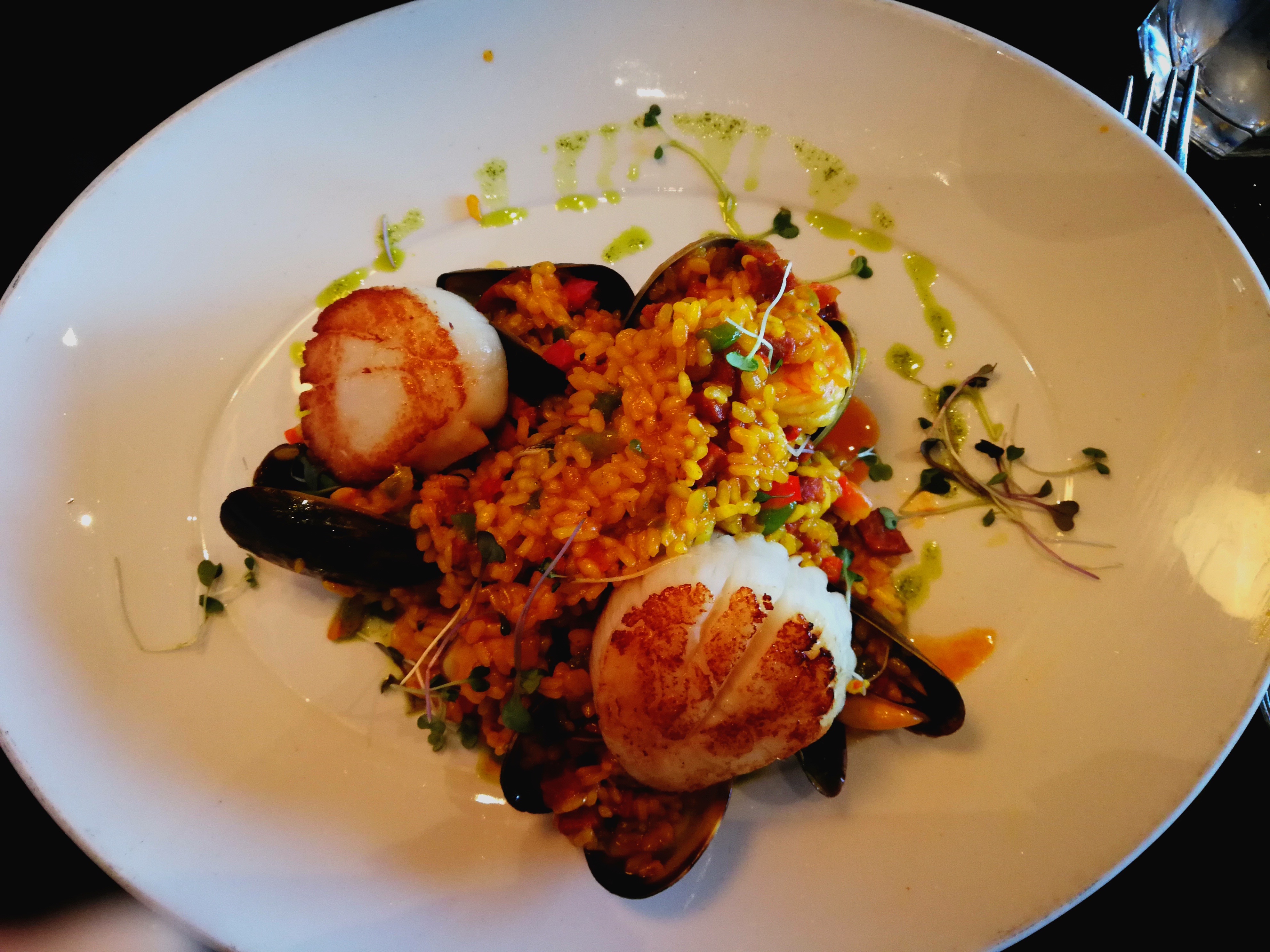 The first “best” of San Francisco that we encountered, was located two blocks from our hotel at Fisherman’s Wharf. Previously unknown to me, apparently Boudin Bakery is a staple of the City by the Bay, that dates back to 1849 and is the oldest continuously operating business. Known for the yummy sourdough bread, patrons can tour the museum and kitchen while waiting for a table in the restaurant. With my mouth sufficiently watering and my profession as a Nutritionist thrown right out the window, I enjoyed more than several slices of sourdough with lunch alongside a fresh seafood paella. The “mother dough” is the secret ingredient that thrives only in the fog-cooled climate of San Francisco, but it’s worth the trip just for the bread! 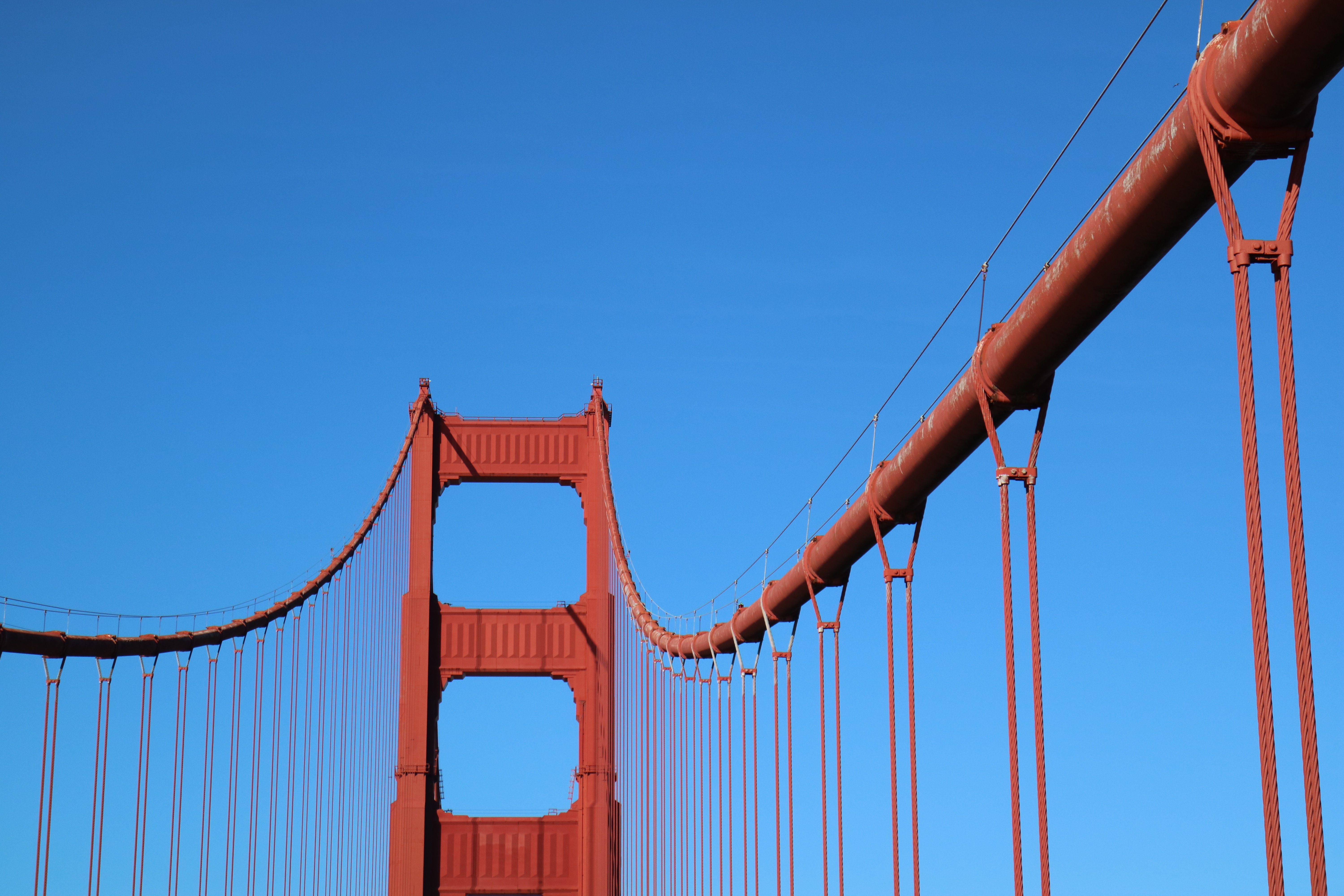 The second “best” of San Francisco that we enjoyed was how easily we could hop on wonderful attractions like the Big Bus San Francisco! Always the most efficient way to learn about a city’s sites and sounds, this gave us a glimpse into the history and geography of the city and pointed us to the places worth investing more time, should we decide to hop off or back on. Of course, Louis the tour-guide on the Big Bus San Francisco added to our enjoyment with unique stories and experiences only known to city-aficionados. 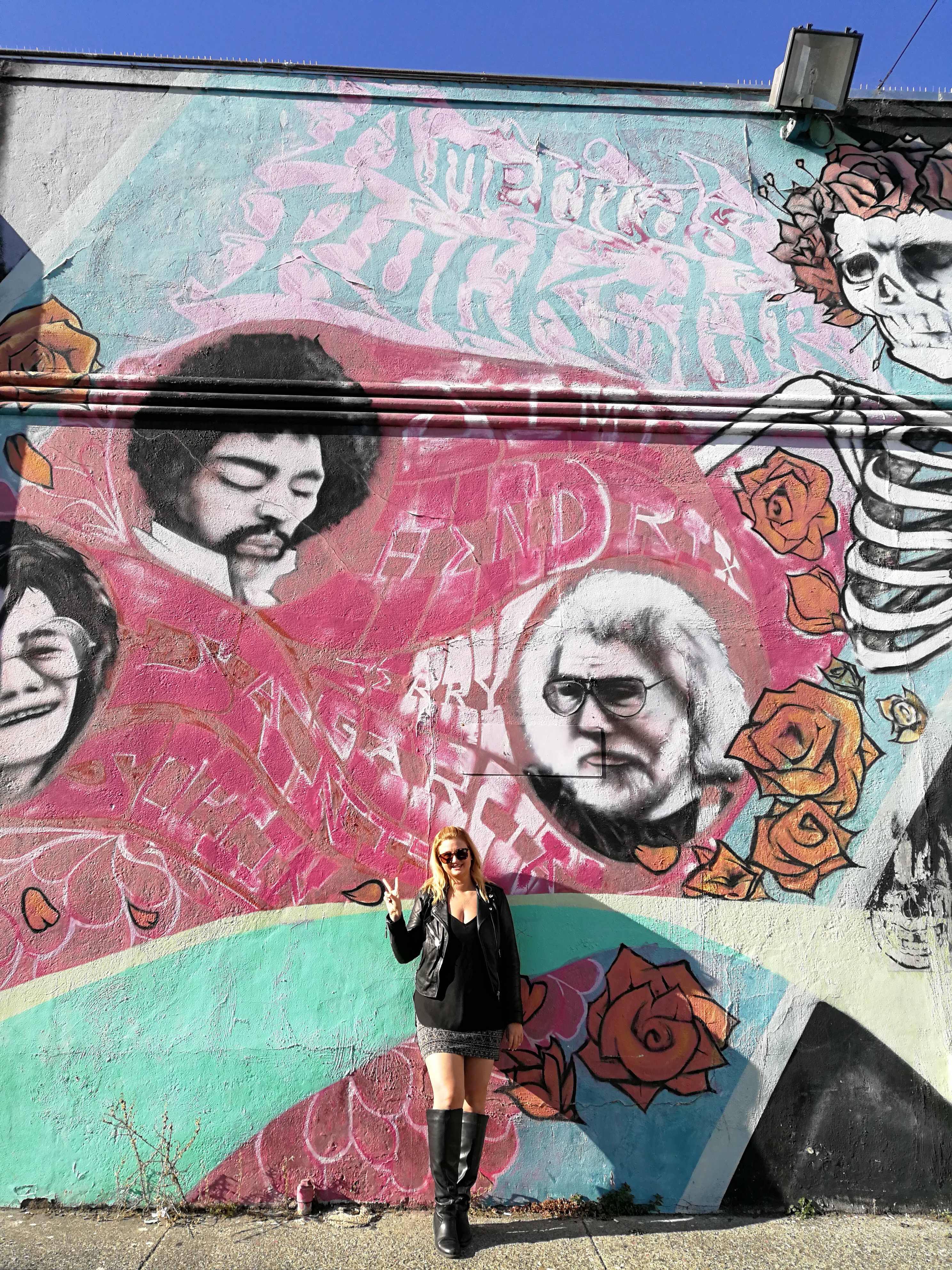 For those of you that know me, it won’t be a surprise to imagine that I was drawn to the Haight-Ashbury neighbourhood as my next encountered “best” of San Francisco. Though I missed out on the Summer of Love in 1967 when 100,000 hippies descended on the city, I loved trolling the shops looking for gently used clothing and organic delights. The murals reflect the musical history of the area, when artists like Janis Joplin, Jimi Hendrix and the Grateful Dead joined other flower-children to reject consumerist values and politics. We lunched at a little gem called “Street Taco” on Haight, with the freshest, made-to-order Mexican dishes that seemed apropos of the free and interesting community. We also met a bandana-clad young man who had just arrived from Las Vegas with his Jack Russell named Mickey Mouse, to live on the street collecting donations and smoking “hippie lettuce” that he welcomed us to share. What year is it again? 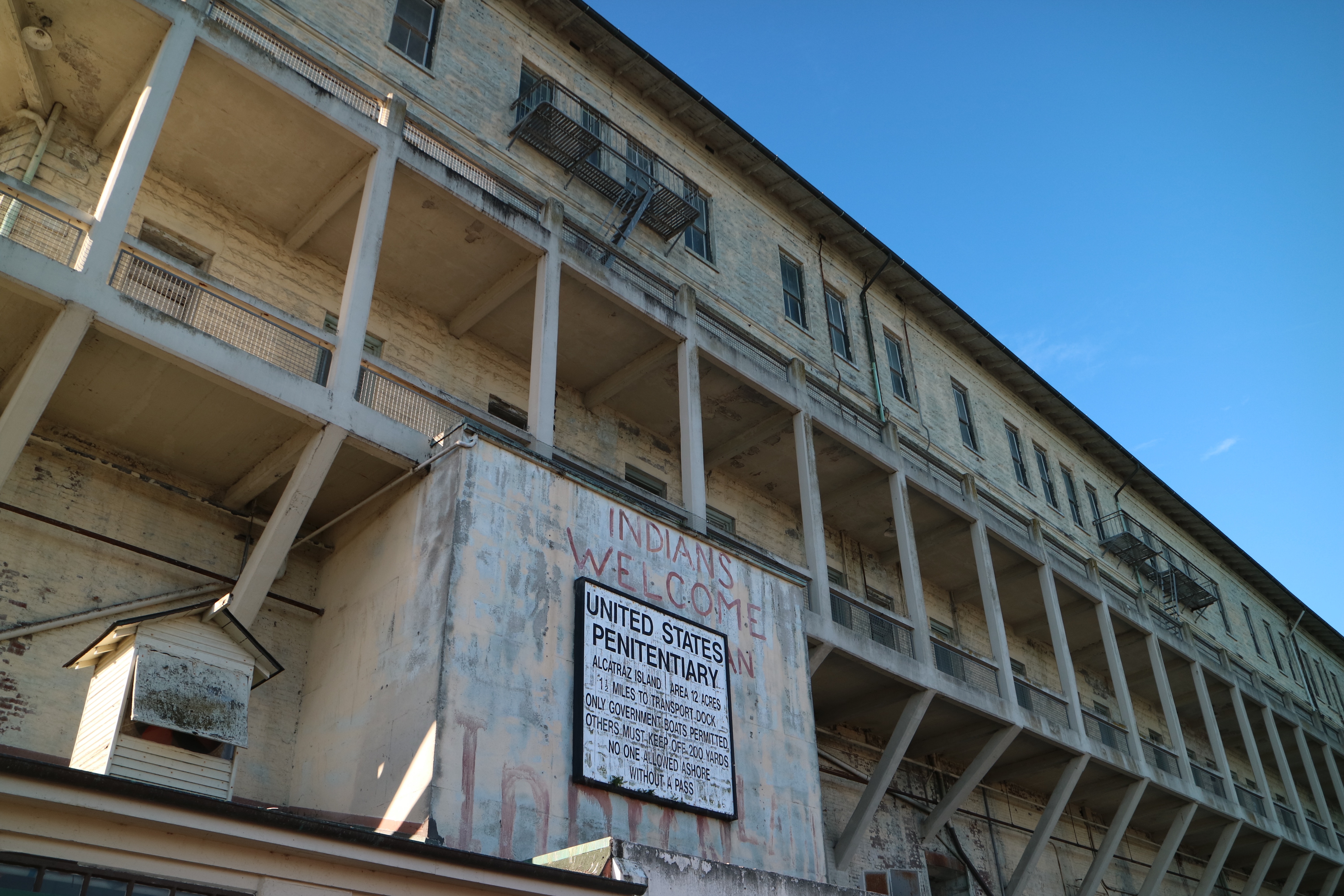 The next “best” we encountered is probably the best of the best (is that too many bests?). Alcatraz is arguably the most famous historical site in San Francisco. Located in the middle of the Bay, this original military fortification became one of the most infamous prisons from 1934 to 1963. Housing well-known convicts such as Al Capone, Machine-Gun Kelly and Robert Franklin Stroud (aka The Birdman of Alcatraz), Alcatraz Federal Penitentiary was inescapable, though there were 14 attempts by 36 prisoners over the 29 years of operation. It’s believed that those who were never found, had drowned in the frigid Bay where the powerful currents and cold temperatures are sure to guarantee a quick demise.

After it closed as a prison, it became a site for The Occupation of Alcatraz, where 89 Native Americans who called themselves Indians of All Tribes (IOAT), took the island back by “right of discovery” in protest, in order to take a stand and make a policy change with the US Government. The Occupation had a direct effect on federal policy and, with its visible results, established a precedent for Native American activism. I love that you could see signs of it everywhere you looked. 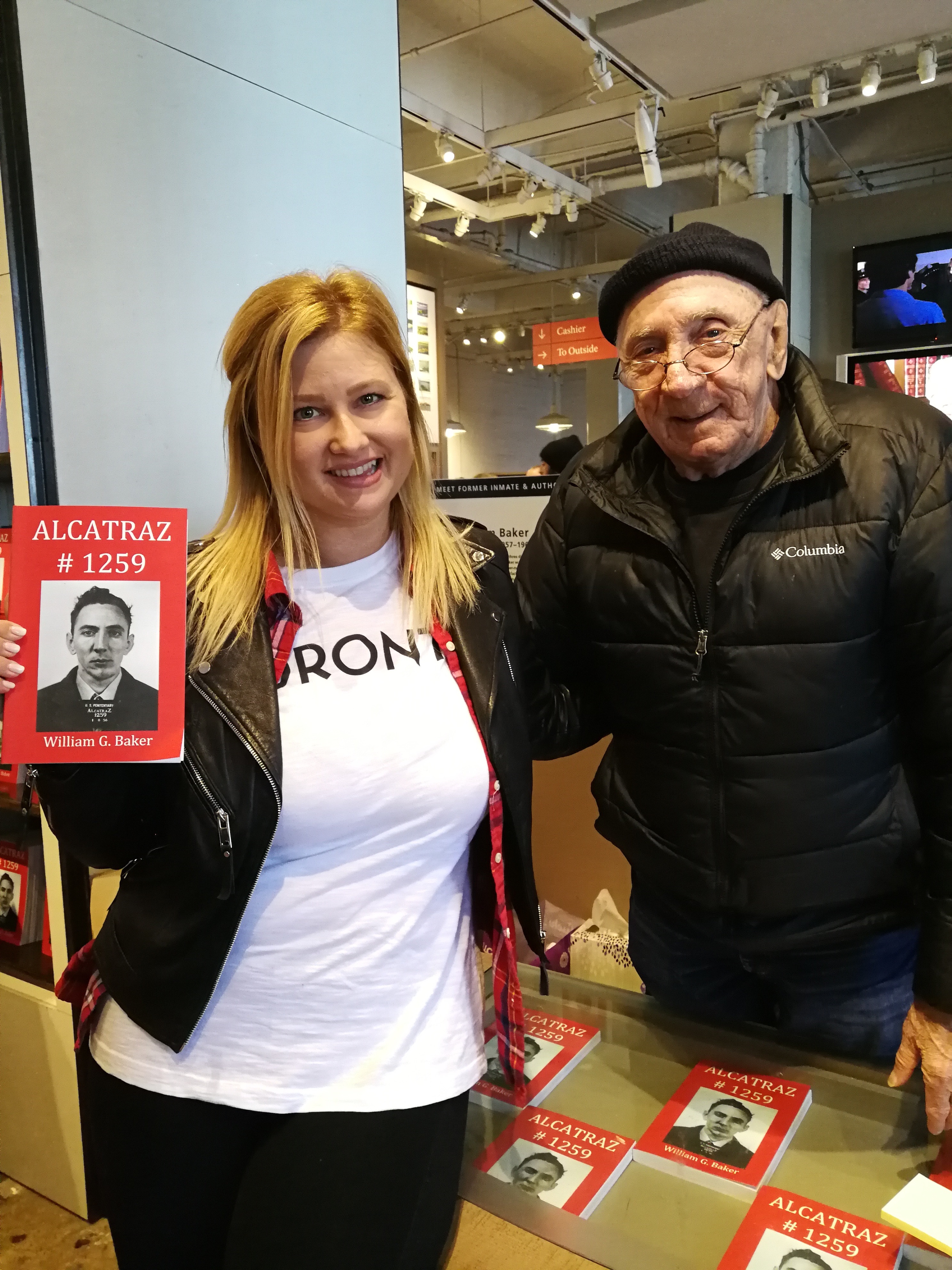 The most enjoyable experience at Alcatraz is listening to the audio tour, narrated by former inmates and guards, complete with the sounds and stories of this notorious prison. I even got to meet former inmate #1259 William G. Baker, who was there for a book signing at the age of 83. I never thought I would be so excited to meet a former thief with a penchant for escaping more conventional prisons! The ferry to and from the island is also another best within this best. 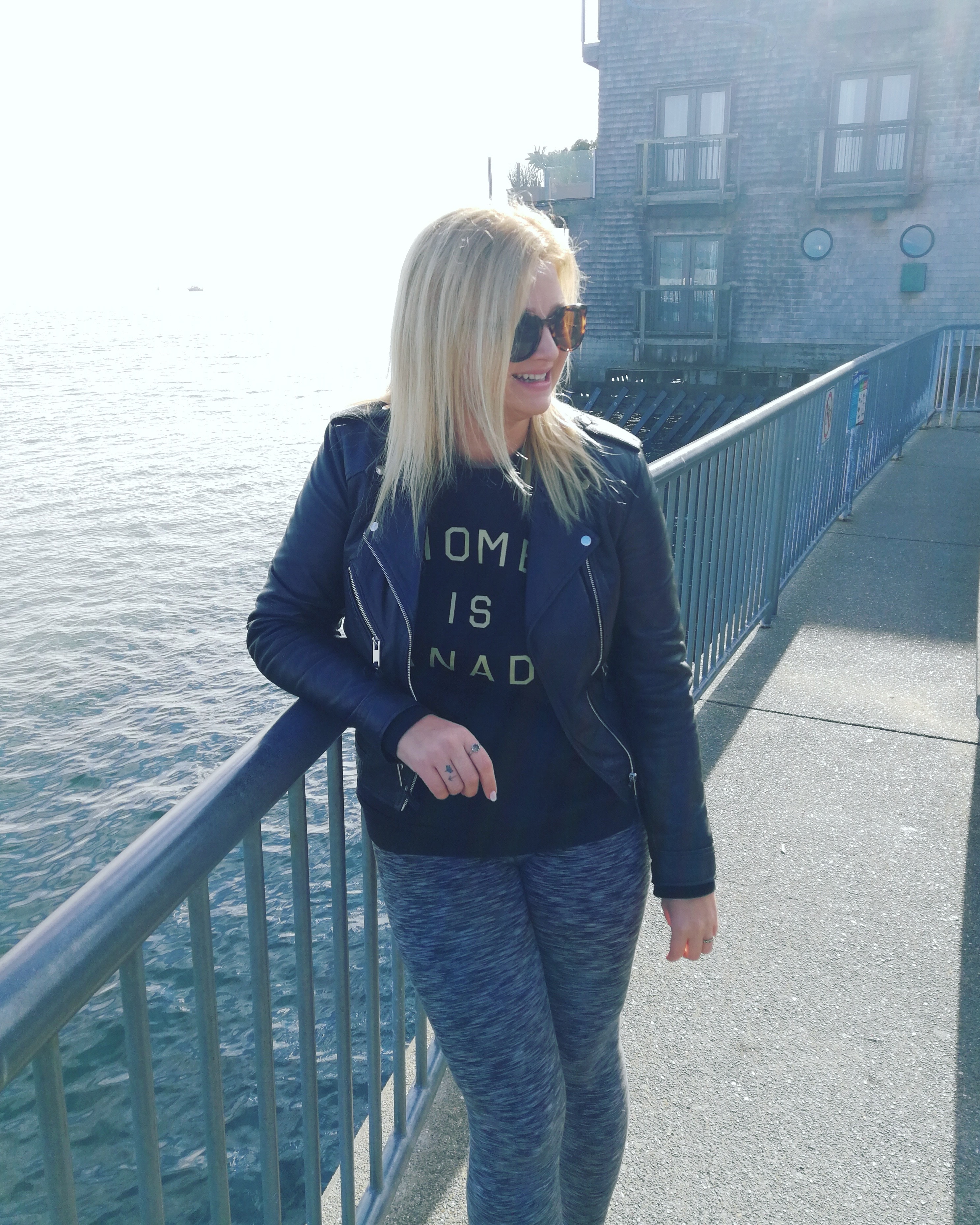 A trip over the Golden Gate Bridge to Sausalito was the next “best” that we enjoyed. It’s quite windy on this stunning structure and there’s a dedicated truck/vehicle that will push your Benz off the bridge if it breaks down (to the other side, not into the water). Sausalito is a quaint, artistic town that boasts a breathtaking view of the city. Once known as a centre for bootlegging during Prohibition, the rich have claimed the town and look down (literally) on the tourists from their hillside condos. With cute shops, studios and cafes, it’s a great place to spend the day!

– The sea lions at Pier 39 who, though quite smelly, provide hours of entertainment yelling at each other as they bask on the floating docks in the harbour (thanks for the drama, Real Houseseals of San Francisco… yeah I went there). 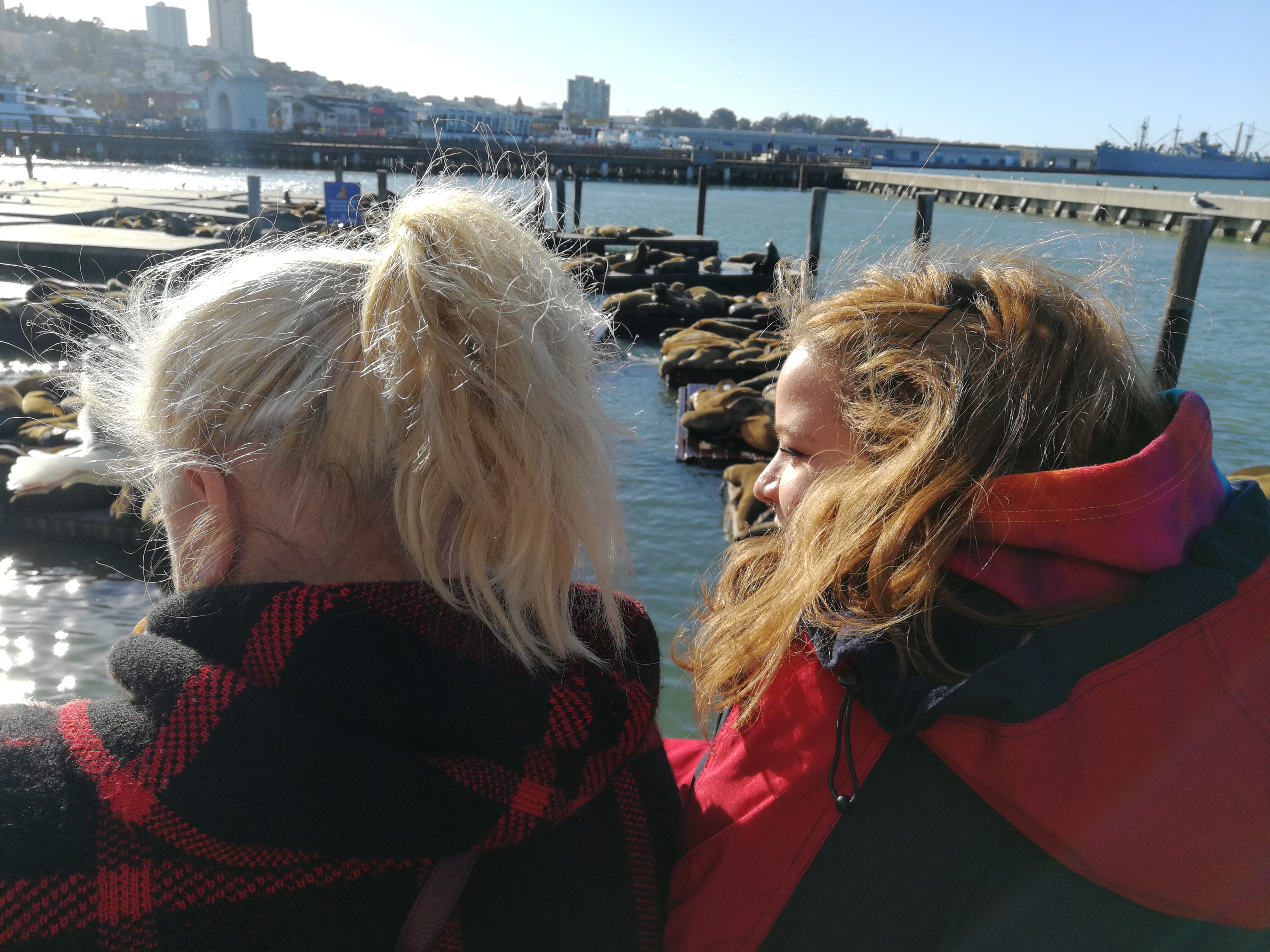 – Paxton Gate is one of the coolest shops I have ever visited. Perhaps not for the faint of heart, this funky shop specializes it a love for nature by selling items such as taxidermy animals, plants & gardening supplies. I bought all of the crystals. All of them. 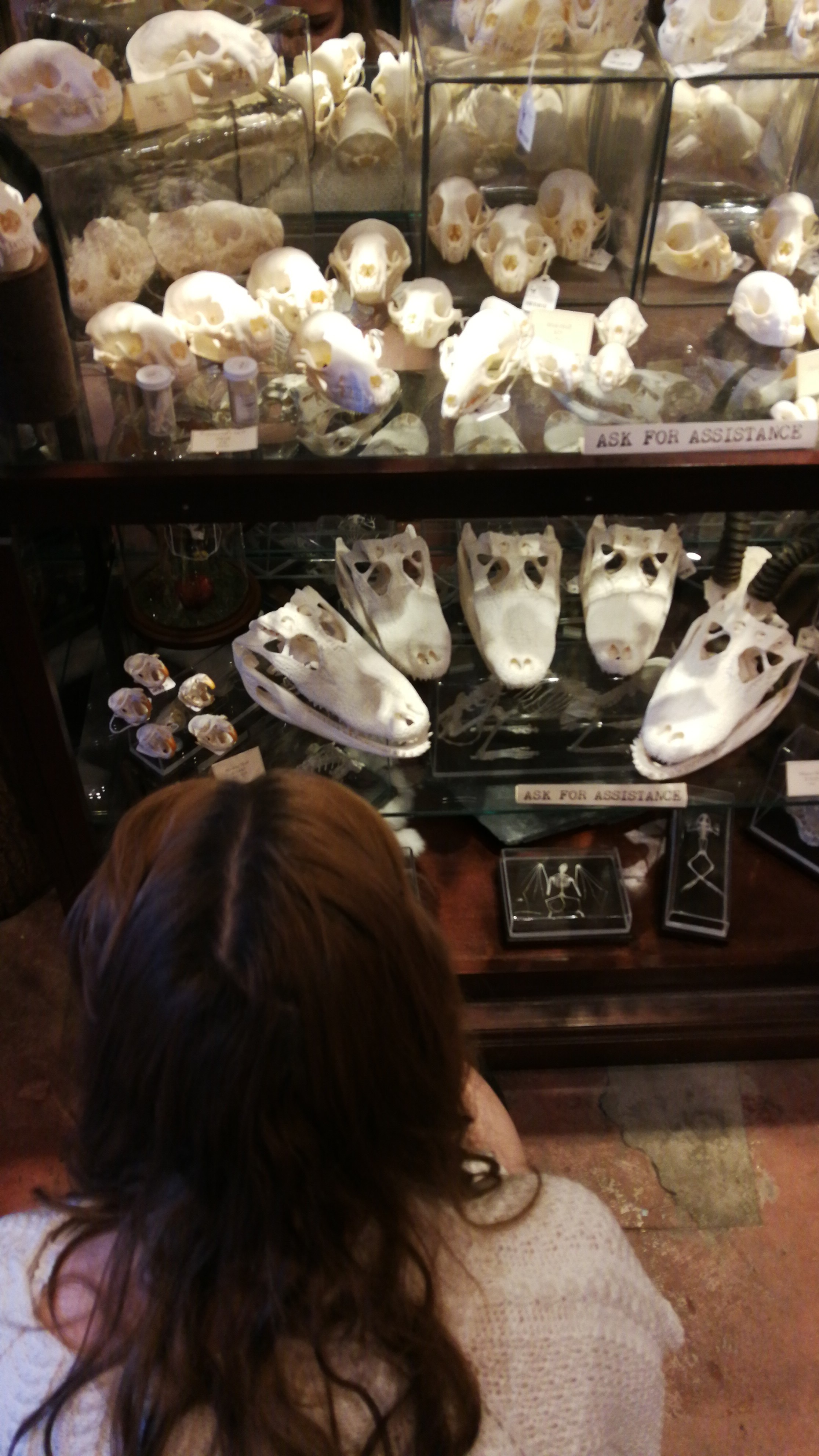 – Chinatown is not to be missed, as this bustling area must be a replica of downtown Beijing (I’ll confirm once I’ve seen the real deal). Once the most densely populated area of North America, it’s like entering a whole new country within the city. 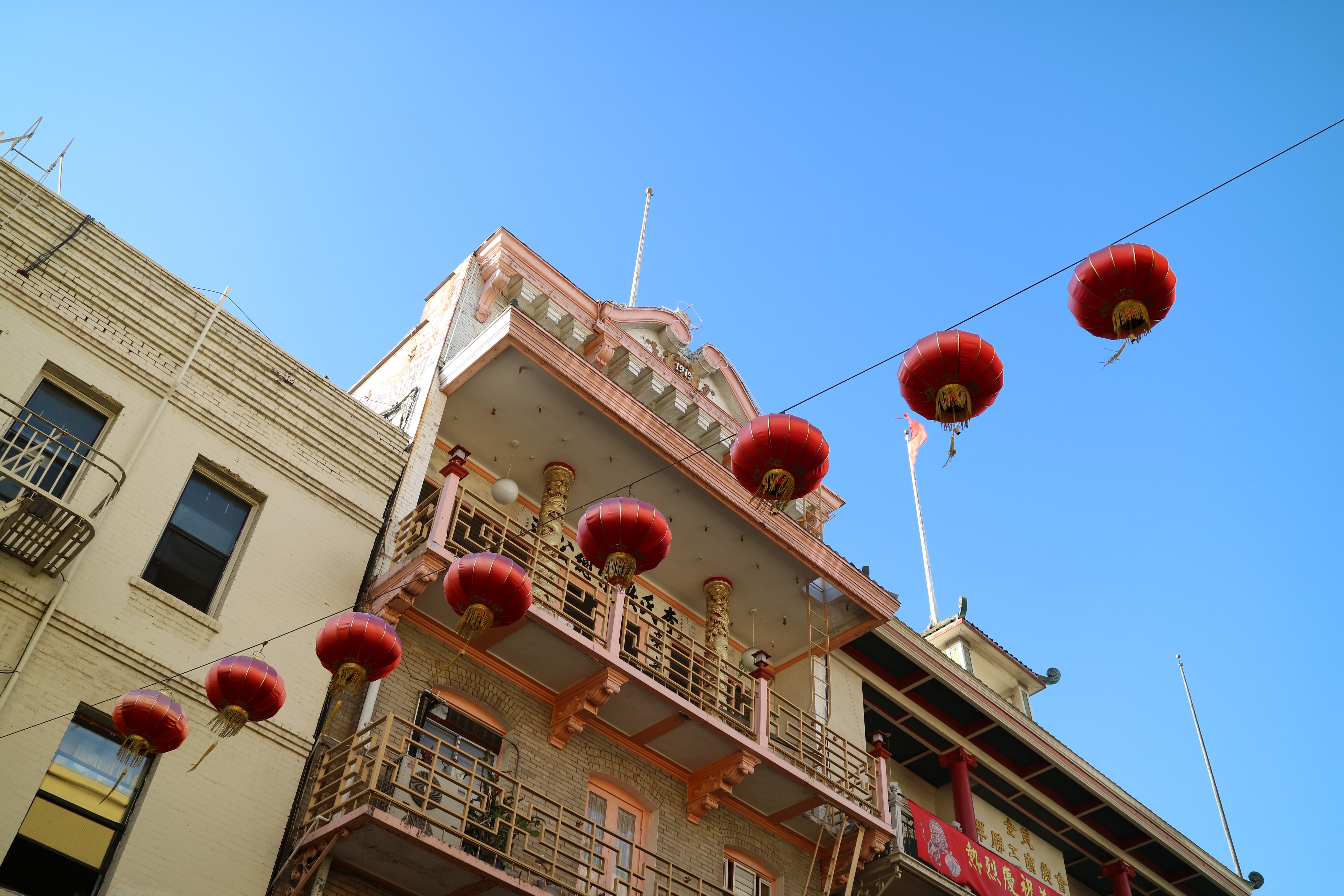 – Ghirardelli Square is a cute little shopping area where they used to make Ghirardelli chocolate, but now just sell it (and yes, they give you samples). Do I care? No, cause I just want to eat all the chocolate, not watch it being made. Come on now. 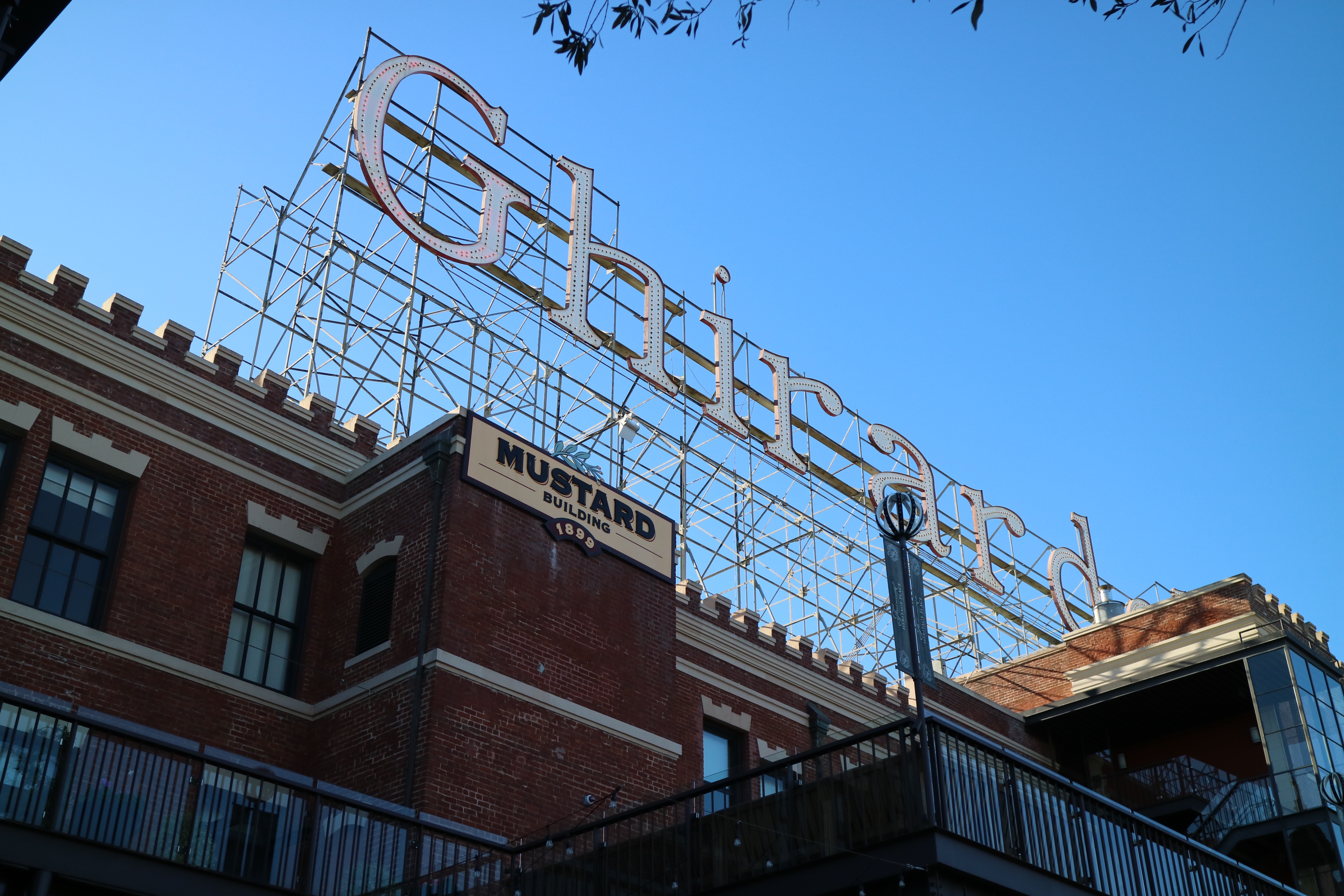 – Pescatore is an amazing Italian restaurant adjoining the Hotel Zoe in Fisherman’s Wharf. We happened across this restaurant in order to enjoy some of the freshest most delicious pasta I have ever had. The waiter was a hoot and just added to the overall charm. 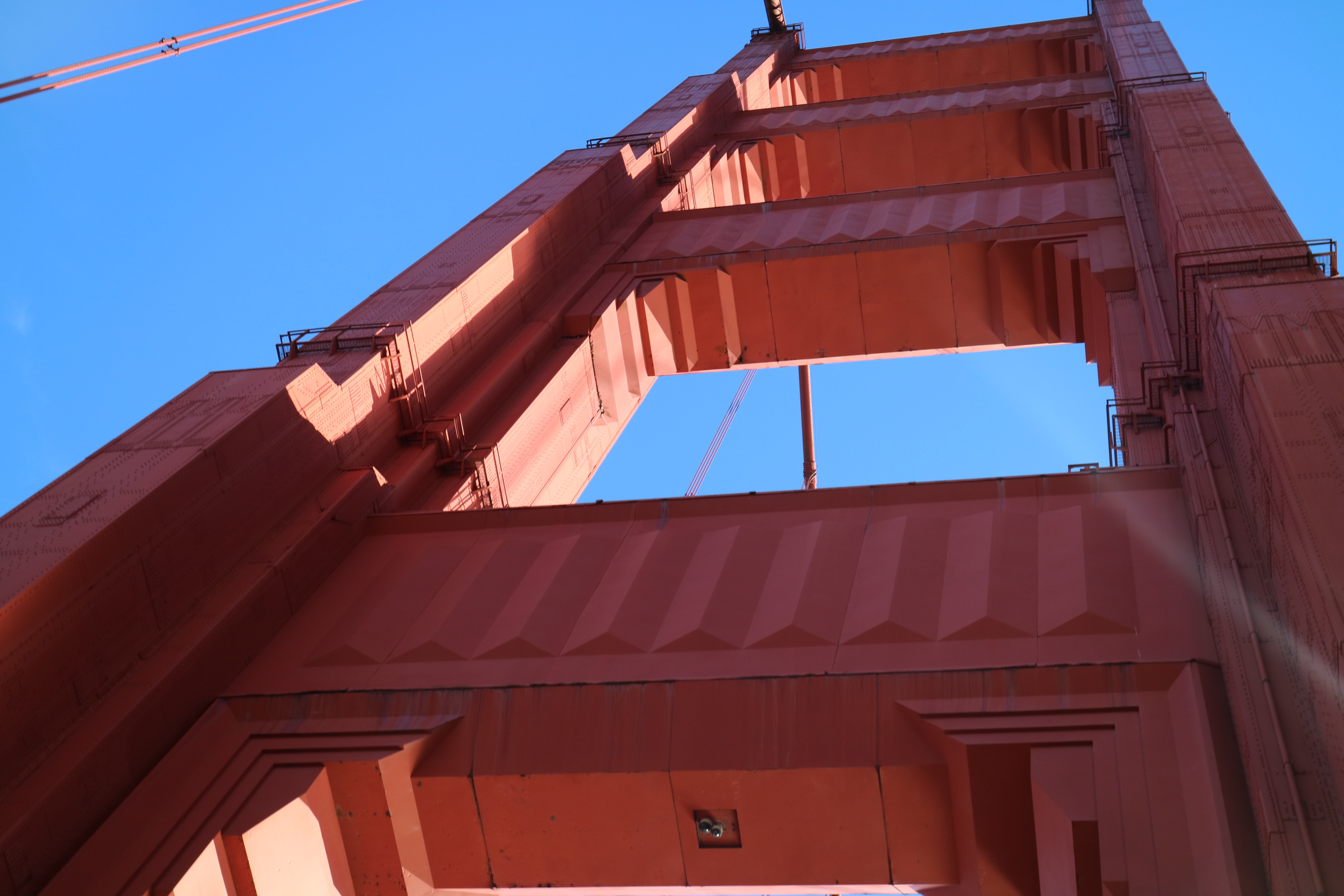 – The incredible views… did I mention them yet? They deserve another mention, or fifty.

Well, I didn’t wear a flower in my hair, but I did leave a piece of my heart. I even honoured the experience with a tattoo to remind me of my time in the beautiful city of San Francisco.