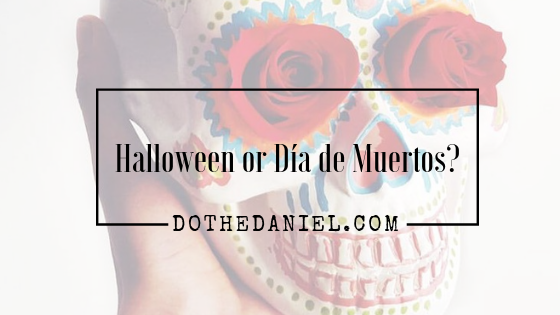 by Pepe Yañez • October 23, 2018 • Events, Travel & Lifestyle • Comments Off on Finding The Balance Between Traditions & Festivities •

Finding The Balance Between Traditions & Festivities

My favorite time of the year is finally here! I’m talking about Halloween and Día de Muertos (Day of the Dead). Wait… Halloween? You must think that it’s crazy that being a Mexican I love Halloween but you need to know that this pagan celebration has been around in Mexico for a long time now. I remember being a kid and taking on the streets disguised as Dracula, Batman or even KISS’ Gene Simmons with my cousins and friends and go trick-or treating every single house of the block. Although Halloween is not a Mexican tradition, it became part of our modern culture, mostly in major cities like Mexico City.

To this day, as you can see in the photos below, I love putting on a costume and taking over the night cause I’d never stop being a child. Why would I, right? 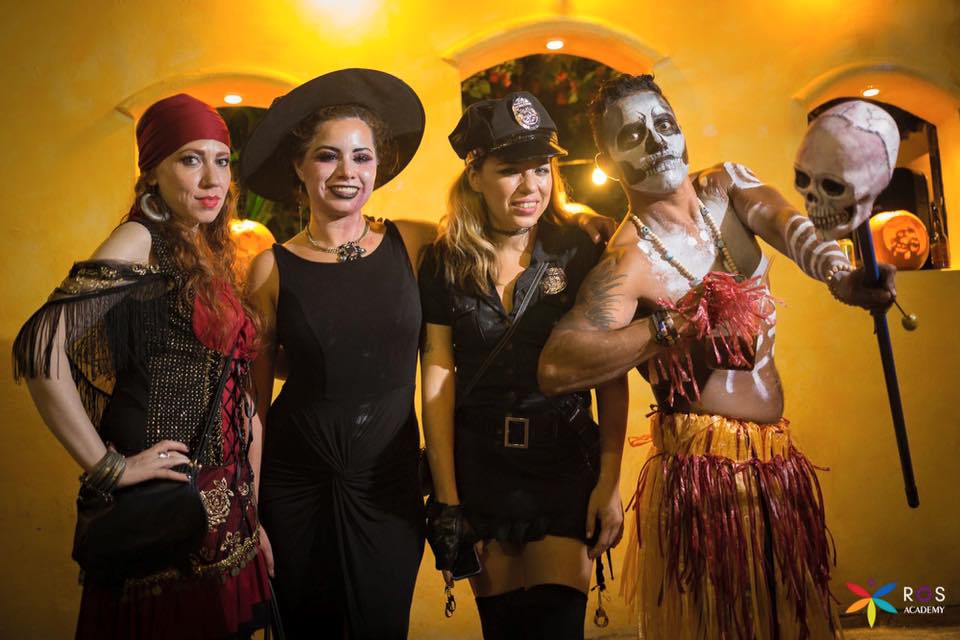 Anyway, although I love Halloween so much, that doesn’t mean that I cannot love my cultural heritage too, and so I thought It would be cool sharing some of it with you, cause I’m sure you’ve seen the candy skulls, the altars, the catrinas and maybe got a bit confused on what does the Day of the Dead mean to us. I hope that you have the chance to visit Mexico and discover our beautiful traditions like Daniel did last year. We miss you Amigo! Come back soon.

First of all, you need to understand that no, we’re not obsessed with death nor are we making fun of it. In fact, we have so much respect for it that we embrace it as an inherent part of life. So what happens is that we’re not afraid of dying, as La Muerte will eventually come for all of us. Instead of fearing it, we took a twist on the traditional ideology of death itself and turned it into a festive and colorful national holiday: the Day of the Dead. This tradition has been passed down from generation to generation, and today it’s recognized as an Intangible Cultural Heritage of Humanity by UNESCO. 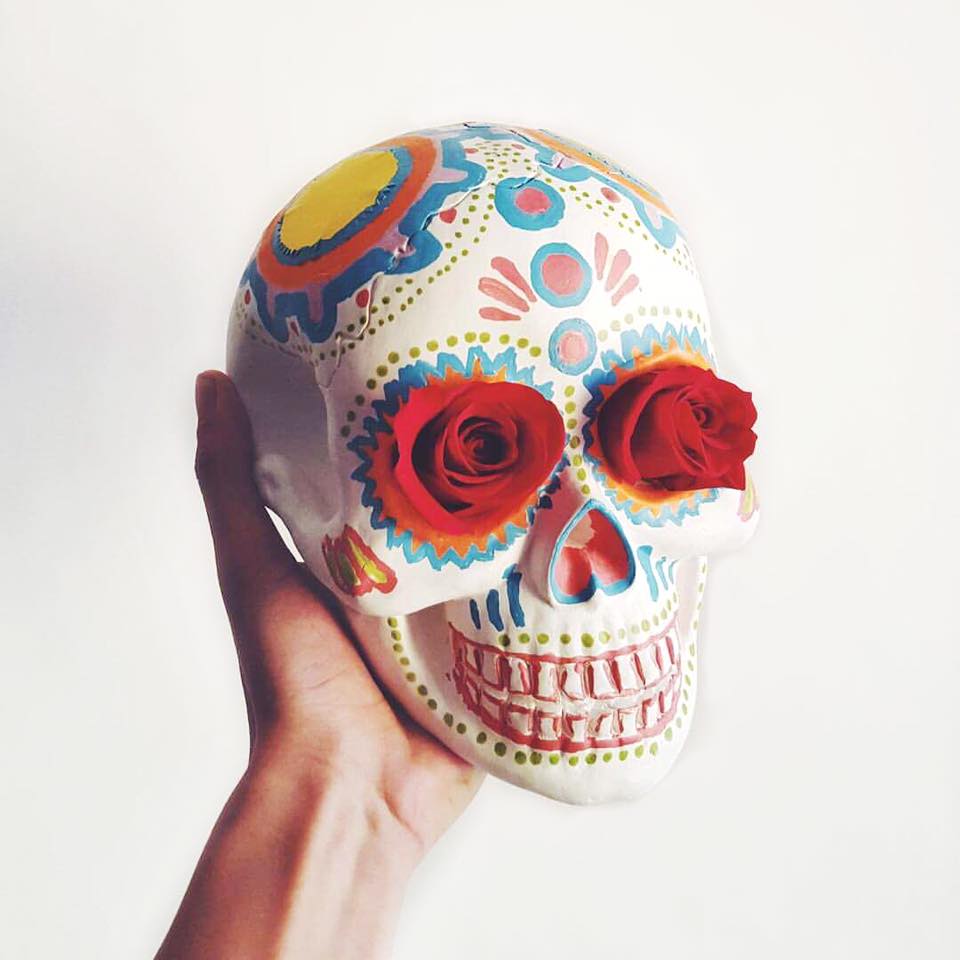 The Day of the Dead is celebrated every year on November 2nd and it varies from one region of the country to other. For example, in Central Mexico, where the Aztecs used to rule centuries ago, thousands of people like to visit the cemeteries year after year during the vigil and hang around among the decorated graves of their beloveds, to spend some time praying, sharing memories and food (of course there’s food, this is a Mexican celebration!) Although you may think that this tradition is nothing but creepy, Mexicans on the contrary, transform the place into a beautiful gathering. If you are brave enough to visit a cemetery at night and happen to be in Mexico on these days, pay a visit to a near graveyard to witness the celebration in a respectful way, I’m sure you’ll like it.

A less surreal tradition and actually a more popular one, is placing altars inside homes to honor the dead. We call them ofrendas, and they are installed to welcome the spirits of family and friends that left before us and are believed to continue existing in another plane than ours. The altars are decorated with colorful artistic paper, sugar skulls, and the petals of a beautiful flower called cempasuchil, which blooms this time of year impregnating the air with its delicious aroma. Plates with the favorite food of the honored deceased are placed in every altar, as it is believed that during the night, they’ll come and feast.

Click here to see our last year’s ofrenda, which we set at home to remember our very missed grandparents:

For the Mayans, the celebration is called Haanal Pixan, which literally translates as “food of the souls”, and it’s similar to the Day of the Dead but focused more on the food (of course) and people actually eat whatever is cooked to be put on the altars. Traditional dishes are prepared for the spirits who are believed to return on this day to visit their families. The holiday is a way of celebrating and honoring deceased family members and friends.

The Day of the Dead is a true celebration that reinforces the idea that life is too short to waste. A treasure so special that even after it’s over, it’s worth to praise. Even our very own Daniel has been part of the celebration!

What a magical day it’s been for Daniel. From a professional master class from @nyxcosmetics_mx, learning about the importance of the Cempasúchil flower, to the #DiaDeMuertos parade in the heart of #CDMX… So much #MexicoLove ?❤️ #CelebraciondeMuertos #DTDtravels #NYXCosmeticsMX #Sponsored 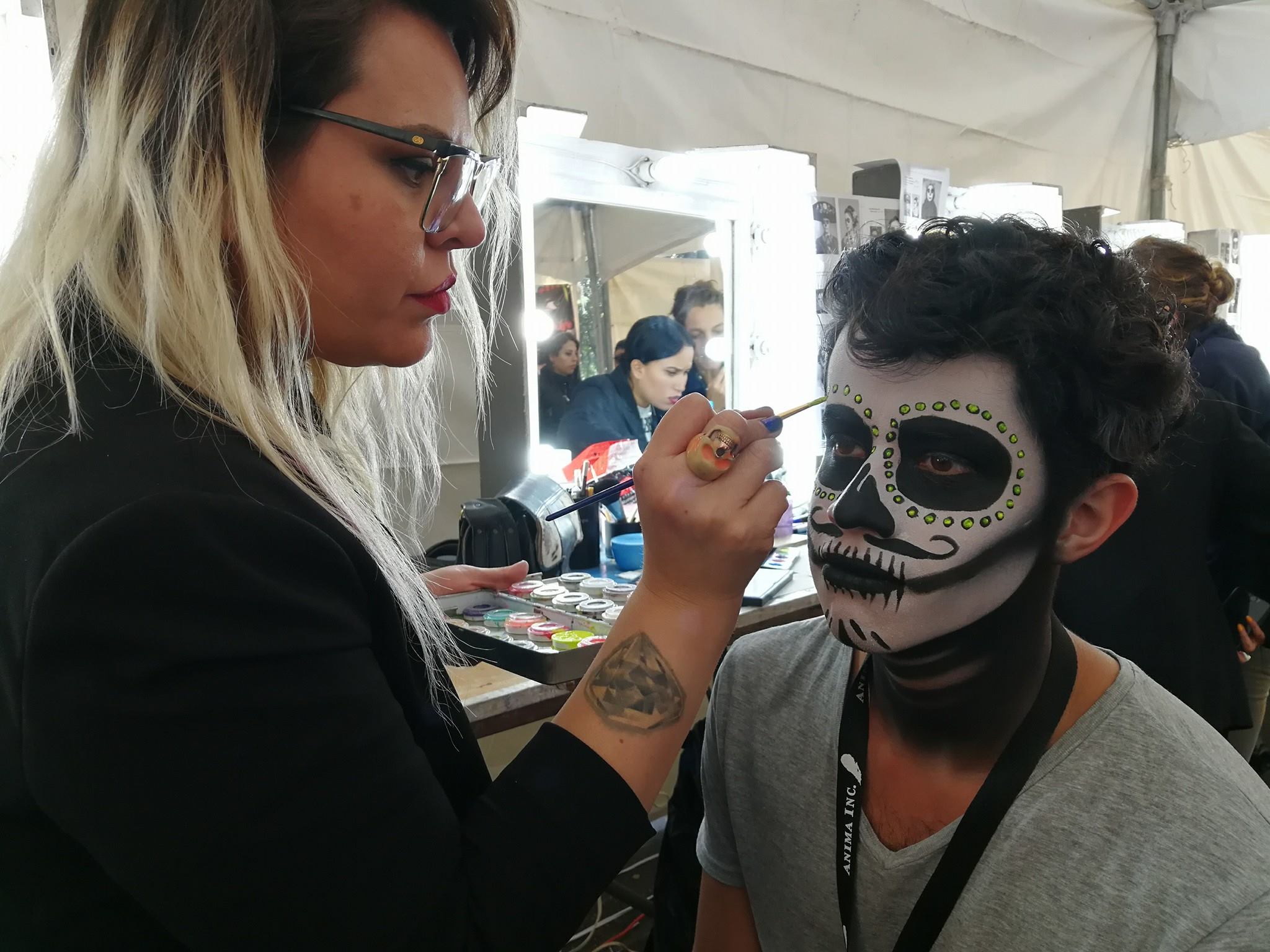 I really love the fact of living in a country with such love for traditions but also where we are very open to embrace and adopt other inheritances. That’s what makes us such a happy and more open society as time goes on. Consider witnessing this Mexican holiday if you’re planning a visit to Mexico, I’m sure you’ll be amazed by all the mysticism that surrounds the Day of the Dead.

Do you have any special traditions for the season? Tell me about’em! Find me as @pepeyanez on Twitter and Instagram.