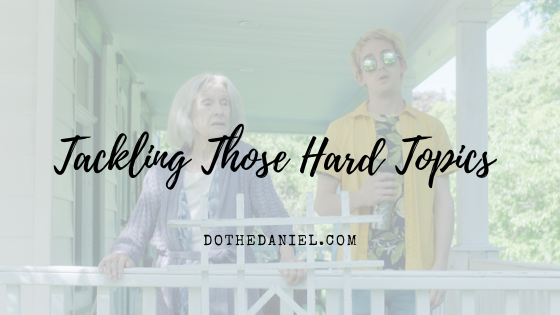 by Daniel Reyes Cocka • September 30, 2020 • Events, Toronto • Comments Off on Inside Out and Upside Down •

Inside Out and Upside Down

The more I think about 2020, the more I realize the importance of finding inspiration and joy in the sings. A meal with a friend (safely at a distance) that I haven’t seen in a long time. A walk with Canela in the park to soak up the colours of the season. A workout for me because I deserve the time for myself. And of course the arts and film, which have always been such a source of emotional catharsis for me.

Inside Out, for those of you who don’t know, is Canada’s largest LGBTQ+ Film Festival. Obviously in the world we live in, the festival has had to pivot and has successfully prepared itself for one of the most successful years yet!

With so many incredible films and actors as a part of this year’s programing – click here – it’s hard to narrow down what I am most excited to watch.

One film, amid the hundreds of amazing ones showing this year, caught my attention.

Canadian film, TV and theater actor (and hottie) Thomas Duplessie celebrates his first lead role in a feature film with Jump, Darling, a comedic family drama about a rookie drag queen and his ailing grandmother. Jump, Darling will be previewed at the Inside Out LGBT Film Festival as a Special Presentation with a one night only drive-in screening at Ontario Place on Friday, October 2.

I mean…. can we talk about star studded fabulousness?!

As the Lead Sponsor of Inside Out for the last 12 years, RBC continues to recognize the power of the arts and show their commitment to diversity and inclusion. They continue to proudly support the community’s passion for LGBTQ+ cinema and bringing queer storytelling to life. A bank I’ve been with since birth, I couldn’t be more proud of their hard work to support the community.

NOT to mention, I know people involved in the festival which warms my heart – Dennis, I am so excited for you!!!

I HIGHLY recommend you head to the Inside Out website and check out this year’s lineup. Support the arts and support the community!

Previous post:
Why Focusing On Yourself Right Now Is More Important Than Ever
Next Post:
Here’s How Our Little Modern Family Is Celebrating Thanksgiving