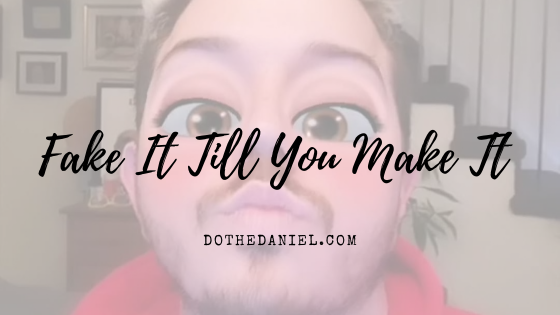 It is not by any means a new conversation or topic, but it seems like it’s time for us to have a heart-to-heart about social media vs. reality. While 2021 has blessed me with some pretty incredible changes, one of the not so good parts of my year has been a complete and total creative burnout. Instead of focusing on keeping up appearances over the past six months, maybe I should have invested more in my mental health.

Hindsight. What a bitch…

I’m not going to sit here and tell you all the reasons I feel my life is hard or challenging because I know that would probably come across as entitled and self-righteous. I will say that the disparity of social media versus reality has been extremely triggering for me over the last year because maybe I put too much power in it.

For as long as I’ve been writing, social media has been something that I have felt that I had to keep up with. There are photos on my timeline that I could point at and remember the exact fight I had with Julio or myself because it caused me more trauma to create than positive results that came from it.

Likening back to the days of high school which had me feeling like an outsider or not one of the “cool kids”, it basically boils down to a world where it is better to cinch your waist with facetune, erase any blemish or resemblance of humanity, and smile even when you’re not happy. And while there are of course moments when it’s “acceptable” to be vulnerable online, those instances are few and far between. When every day feels the same and we are all suffering from the mental state, I try to be positive. I try to not clap back, but I am allowed to be a human being too in case someone out there reading this thinks I don’t have feelings.

It hurts when people I once considered friends turn out to be jerks, or when someone decides they have any right to comment on or judge my appearance, my marriage, my life choices and my creative direction.

Yes expressing myself with a beautiful photo on Instagram is fun, but if I could run my business without social media I probably would. There is a new platform, however, called Clubhouse. You don’t need to post any pictures or videos, it’s all just audio. It seems to be growing pretty fast – check out the best sites to buy Clubhouse followers if you’d rather do away with all the visual overload you find on Instagram and Twitter. It’s an incessant popularity contest built on a system that reminds you what you aren’t doing right instead of celebrating what you are.

Insert rant about the algorithm and all those ridiculous influencer problems here. And not that I want to diminish that argument by any means, but if your biggest problem in life is that your engagement is down, you’re living a pretty blessed life. #Perspective.

I guess what I’m trying to say is that before you take to social media to comment on a person’s life, appearance or choices, take a minute to think about the fact that there is another human being on the other end of that comment. And you have no idea what they are going through.

I very remember starting out on social media eight years ago and being told to fake it until I made it. Well here I am all these years later telling you that I don’t think that’s the right way to do things anymore. Put in the work. Be real. Be vulnerable and stop pretending that social media is reality, because it is absolutely not.

Don’t forget to be kind & laugh a little more this year, and the next!

Previous post:
How to Celebrate Valentine’s Day, all Things Considered Next Post:
I’m Leaving Toronto and It’s Time I Tell You Why