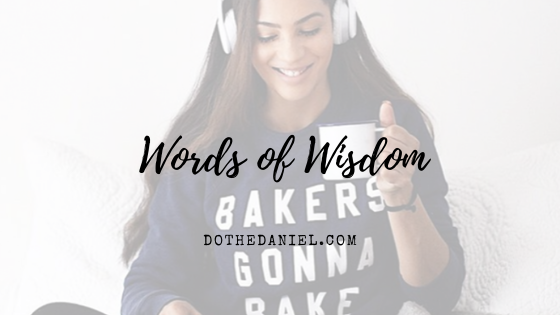 Take A Minute and #ListenMore

We are living in a world where everyone has a voice and a way to express it. But now more than ever, I’m realizing that instead of talking and expressing myself so much, I should be listening to things that inspire me. It sounds counter intuitive, I know, but maybe it’s time to talk less and listen to ourselves and our instincts more.

You’ll remember many moons ago Julio & I had the pleasure of being a part of the launch of Audible in Canada (click here for a walk down memory lane). An app that I still use to this day, I have found myself drawn to stories and people more now that I am home. Maybe it’s because I am doing so much work on myself these days, or perhaps I am in need of some drag inspiration for our upcoming drag content, the world is full of beautiful LGBTQ+ essentials that I wanted to share some of my favourites these days.

I think before I jump into the culture that drag has been for decades, it’s important to do my research so that I don’t do a disservice to the community as a whole. Here are a few options for those of you who love Rupaul, Rupaul’s Drag Race and the drag community that I am immersing myself in while I walk Canela in the morning or while I baking and enjoying some me time.

Legendary Children
The First Decade of RuPaul’s Drag Race and the Last Century of Queer Life.

“From the singular voices behind Tom and Lorenzo comes the ultimate guide to all-things RuPaul’s Drag Race and its influence on modern LGBTQ culture. Legendary Children centers itself around the idea that not only is RuPaul’s Drag Race the queerest show in the history of television, but that RuPaul and company devised a show that serves as an actual museum of queer cultural and social history, drawing on queer traditions and the work of legendary figures going back nearly a century. In doing so, Drag Race became not only a repository of queer history and culture, but also an examination and illustration of queer life in the modern age. It is a snapshot of how LGBTQ folks live, struggle, work, and reach out to one another – and how they always have – and every bit of it is tied directly to Drag Race. Each chapter is an examination of a specific aspect of the show – the Werk Room, the Library, the Pit Crew, the runway, the Untucked lounge, the Snatch Game – that ties to a specific aspect of queer cultural history and/or the work of certain legendary figures in queer cultural history.”

Diary of a Drag Queen

“In this program, listeners will find glamour and gaffes on and off the stage, clarifying snippets of queer theory, terrifyingly selfish bosses, sex, quick sex, KFC binges, group sex, the kind of honesty that banishes shame, glimmers of hope, blazes of ambition, tender sex, mad dashes in last night’s heels plus a full face of make-up, and a rom-com love story for the ages. This is where the unspeakable becomes the celebrated. This is the diary of a drag queen – one dazzling, hilarious, true performance of a real, flawed, extraordinary life.

Drag
Combing Through the Big Wigs of Show Business

“Since man first walked the Earth…in heels, no other art form has wielded as unique an influence on pop culture as drag. Drag artists have now sashayed their way to snatch the crowns as the queens of mainstream entertainment.

Through informative and witty essays chronicling over 100 years of drag, listeners will embark on a Priscilla-like journey through pop culture, from television shows like The Milton Berle Show, Bosom Buddies, and RuPaul’s Drag Race, to films like Some Like It Hot, To Wong Foo…, and Tootsie, and Broadway shows like Hedwig and the Angry Inch, La Cage aux Folles, and Kinky Boots. With stops in cities around the globe, and packed with interviews and commentaries on the dramas, joys, and love that “make-up” a life in wigs and heels, Drag features contributions from today’s most groundbreaking and popular artists, including Bianca del Rio, Miss Coco Peru, Hedda Lettuce, Lypsinka, and Varla Jean Merman, as well as notable performers as Harvey Fierstein and Charles Busch.”

Now the topic of drag may only appeal to those of you in the LGBTQ+ community, and maybe some of you who are not are curious too. But with the audible app, From Best Sellers to Business & Finance, there is something for everyone.

I’m happy I’ve found some peace in listening to the words of others and trying to listen to myself and my instincts a little more. In this process, I’ve found a whole new side of myself that I am so excited to explore. And who knows, maybe one day I’ll have my own drag book that I narrate on the audible app too! #Goals

For those of you looking for inspiration and something easy to add to your lives, make sure to give Audible a try. Join in on the social media conversation by following @Audible_CA on Instagram & Twitter. Share what you find inspiration in and remember that you hold the ability to grow and learn at your pace, and how you know is best.

For more behind the scenes of this and other amazing brands I am working with around the world, make sure to follow along with the #DoTheDaniel Instagram account.

Mobile photos were taken with my Huawei Mobile Device of choice on the Rogers network.

Previous post:
A New Way Of Seeing Things
Next Post:
Being Home Together Has Taught Me The Following About My Relationship