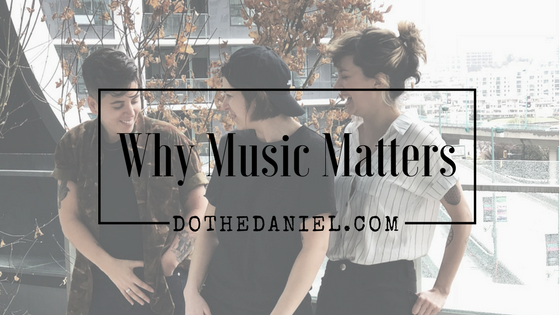 The Future of Canadian Music

This year marked the 47th year of the Juno Awards, which were hosted in my hometown of Vancouver British Columbia. For those of you who are unfamiliar with the Junos, they are more than just an awards show – they’re a week long festival celebrating Canadian music that is hosted in a different city each year. Canadian music has had an exceptional year. I guess the only way artists could raise their game is to use This Product At Graham Slee Hifi. What a perfect way to celebrate the diversity of what Canada truly represents!

My first stop for the weekend was the TD Green Room. This year, the TD Green Room was held at the JW Marriott Parq Vancouver Hotel, the cool new kid on the block in the Luxury hotel scene in Vancouver. TD has supported the Junos for 7 years, and is one of their premier sponsors. The TD Green Room has been a great opportunity to bring together established Canadian artists, emerging talent, media, music industry insiders. It also draws in music industry executives, which can also allow some of the emerging talent that are performing, to be potentially discovered. The TD Green Room originally started in Winnipeg 5 years ago, as a platform to announce the MusiCounts donation for that year.

Every 5 years, schools or organizations are able to apply for a grant up to $25,000. The recipient can spend their money on anything from creating new music or providing equipment like the Best Headphones for Electronic Drums for the music students. Lots of different projects have been completed thanks to the grant. This year was a special year because it was the first time since the program’s inception, that they re-awarded an organization. These second time recipients hailed from St. James Music Academy, which is located in Vancouver’s Downtown Eastside. Their mission at St. James Academy is “Inspiring Vancouver’s inner city youth to bring social transformation through the power and joy of music.” For TD It’s not just about awarding grants each year, but about maintaining these relationships with the community. To date, the MusiCounts TD Community Music Program has helped over 100 music programs Canada wide, and furnished 1.7 million in musical instruments and equipment. They just announced that they would be contributing 1.875 million over the next 3 years to the MusiCounts TD Community music program.

For TD, it has always been important to nurture young talent in the infancy of their careers, like artists Shawn Hook and Scott Helman. Scott Helman opened up for Teagan and Sarah at the TD Music Cafe 4 years ago. This year secured not one, but THREE Juno award nominations, Songwriter of the Year, Pop Album of the Year, and the Jack Richardson Producer of the Year award.

TD Music’s work with MusiCounts is only one of the ways they celebrate music across Canada. About 15 years ago, TD was working out which platforms they could use to reach out to the community. TD strives to be more than just a bank, but also a major cultural and community partner. It all started with sponsoring the Jazz Festivals. Fast-forward 15 years and they are the major sponsor of over 9 jazz festivals, 90 music festivals and 100 music programs across Canada.

TD also sponsors over 60 Prides across North America including over 25 diversity festivals in Canada, which all have various musical components. In Vancouver, I make sure to check out the TD Stage in Sunset Beach to see all the live acts during the Pride parade. Sidebar – TD always has the best float, with the loudest music and best costumes. FACT.

One of the things that I enjoyed most about the TD Green Room was how up-close-and-personal we were able to get. I got to meet and hangout with some incredible musicians like Youngblood from Vancouver and Caveboy from Montreal. One of the funniest moments was during Youngblood’s set, she was talking about how she had just done some shows in India. The promoter of one of her shows brought them some food afterwards and he said to them “You’re from Canada, so I got you dominos.” To which Youngblood told us that in India, Dominos pizza comes on Naan bread with Indian toppings and she HIGHLY recommends it, “If you go to india, go to Dominos.” Caveboy, a Montreal indie Alt Dreampop trio, put on a really great set, as well as Scott Helman, Ria Mae (Nominated for album of the year – it’s really good) and The Beaches – to name a few.

I was really excited to get to actually attend the Juno Awards themselves this year, especially with the incredible line-up of performances. The Junos really shut it down, I mean it, they literally shut down the viaduct to downtown for the tented red carpet to Rogers Arena. Oh and this Michael Buble guy hosted, he’s some local guy from Vancouver that sings a ton of Christmas music (I mean, he’s kind of a big deal, right?!) I got so busy all weekend between the TD Green Room, and various other events and parties that I totally forgot to find something to wear. Fortunately my friends at Frank & Oak came to my rescue and got me ready for the evening with a mixed navy suit.

#MondayMotivation is looking through the photos of #DoTheDaniel Vancouver Contributor @joshuadlangston rocking his @frankandoak outfit for @thejunoawards ? – Thank you again to all our brand partners and to @td_canada for inviting us BTS all weekend. Stay tuned to DoTheDaniel.com for all the fabulous details ? #JUNOS #MadeForGoodLiving #Ad – – – – #DTDteam #Vancouver #TheJunos #FrankAndOak #Fashion #Style #Inspo #Monday #MusicMatters #CantStopWontStop

I was pretty impressed by all the performances they were able to squeeze into a 2 hour show. Kicking off the evening was Arcade Fire, whom I had only seen live once before, and they really set the bar high for the evening. One of my favourite Artists, Daniel Caesar won “Best R&B Soul recording for his album Freudian.” IF YOU DO NOT HAVE THIS ALBUM YOU MUST GET IT AFTER YOU FINISH THIS ARTICLE. Daniel Caesar would later join “Breakout artist of the Year” Jessie Reyez (Hailing from Toronto) for a reprise of her track, “figures.” The moment of the night that shook me to the core was the Tribute to Canadian icon and Tragically Hip singer, Gordon Downie. The tribute was led by Dallas Green and Sarah Harmer with Barenaked Ladies keyboardist Kevin Hearn. The emotional tribute left everyone around me in tears – I did an Instagram Live during the performance and you could see me shaking and audibly hear me crying in it.

At the end of the evening, The Barenaked Ladies reunited with former member Steven Page after 10 years. They were being inducted into the Canadian Music Hall of Fame, so to celebrate they also closed out the night with a super charged medley of “If I had a million dollars” and “one week” [read the entire lyrics to this song and tell me it is not a masterpiece, I dare you], with cannons shooting literal million dollar bills into the crowd. Now THAT is how you close a show. Thank you to TD Music for having me with them this weekend at the Junos. It was inspiring to learn more about what you do for the community and how you have been able to make music accessible to children and teenagers who may not be able to easily come by it.

Previous post:
Near & Far Projects Produce Art Party In a Loop Next Post:
My Mom’s Best Ever Banana Bread or Muffins – Whichever!