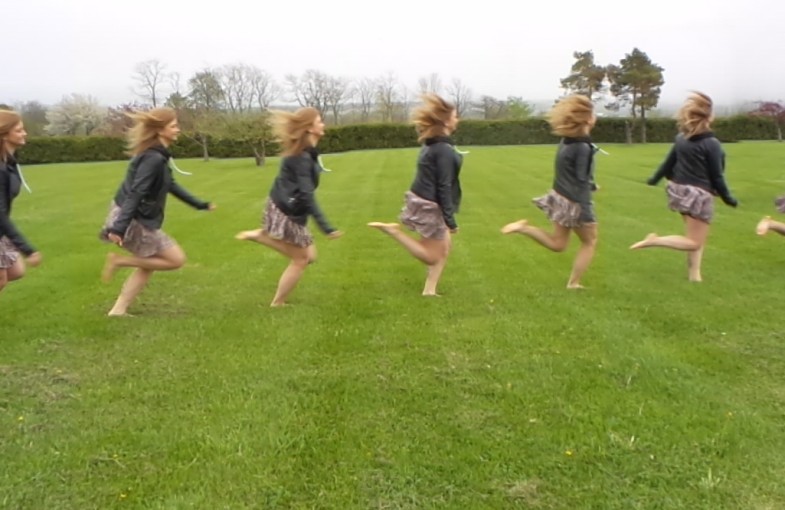 As some of you may already know, I’m a musician and I have regular gigs around the GTA.  If you didn’t know this little tidbit, then I’ll let you pause for a moment to bask in the new levels of awesome I’ve just reached in your lives (relax, I’m being sarcastic).  In life, you just gotta do what you love and make it work within your schedule in order to stay true to who you really are.  Well, I LOVE music.  I live and breathe it on the regular.  But I also equally LOVE nutrition.  So when Daniel and I were asked to pay a visit to Grandview Farms on the day I had a gig booked out of town, I knew I had to do everything in my power to get there and make it happen.

Um, well it wasn’t that easy but it was sure worth it (just like most things in life).  In order to facilitate getting out to the farm in Thornbury from downtown Toronto and then over to my gig in King City afterwards, we decided to rent a car.  After about an hour of dealing with the first car rental agency with no success (that’s a whole other story), we finally moved on to a second agency and scored a sweet white pickup truck!  If you’ve never met us, you won’t understand why this might be the most ridiculous option on the entire planet for the two of us to be driving around.  They may as well have given us a tractor or a friggen horse-drawn buggy. 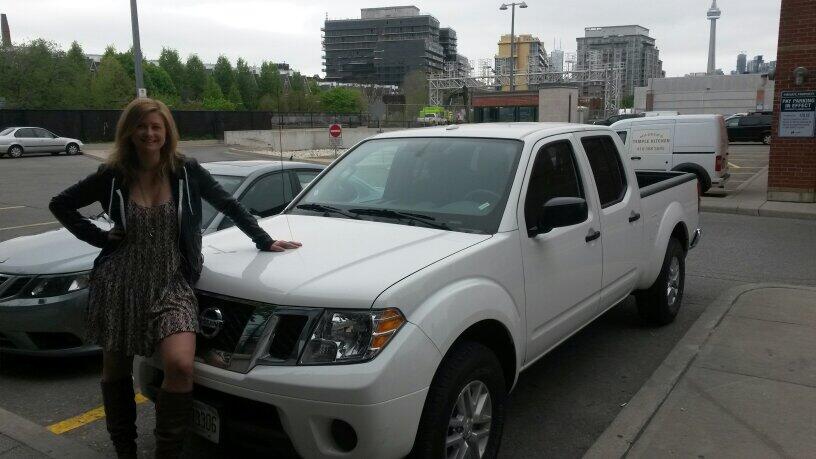 So after staring at this beast for a couple minutes trying to figure out if there were any hot farmers hanging out in the back (they usually come with these kinds of things, right?), we were off!  Listen, I’m not great with directions and I’m easily distracted, so I left it up to Daniel, without actually telling him this.  He plugged in the words “Grandview Farms” into his GPS and then the adventure began.  We spent about 2 hours driving in the country listening to 90’s dance music screaming “I LIKE TO MOVE IT MOVE IT” at the tops of our lungs until we pulled up into what we thought was our destination at exactly the time we were slotted to arrive at the farm.  Score one for punctuality!

Uhhhh this doesn’t look right though.  An equestrian farm?  Are we eating grass-fed horses?  No, this isn’t Ikea (too soon?).  So in typical Catherine fashion, I decided that it was now time to check the actual address of where we were supposed to be.  Ohhhhh 2 hours in the other direction?  You know that feeling you get when you want to explode out of your skin with frustration but instead you just look at each other and burst out into laughter instead?  Yeah, that happened.  After regaining composure, we were off again for another 2 hour drive to our final destination of the actual Grandview Farms where we were meant to be spending the day. 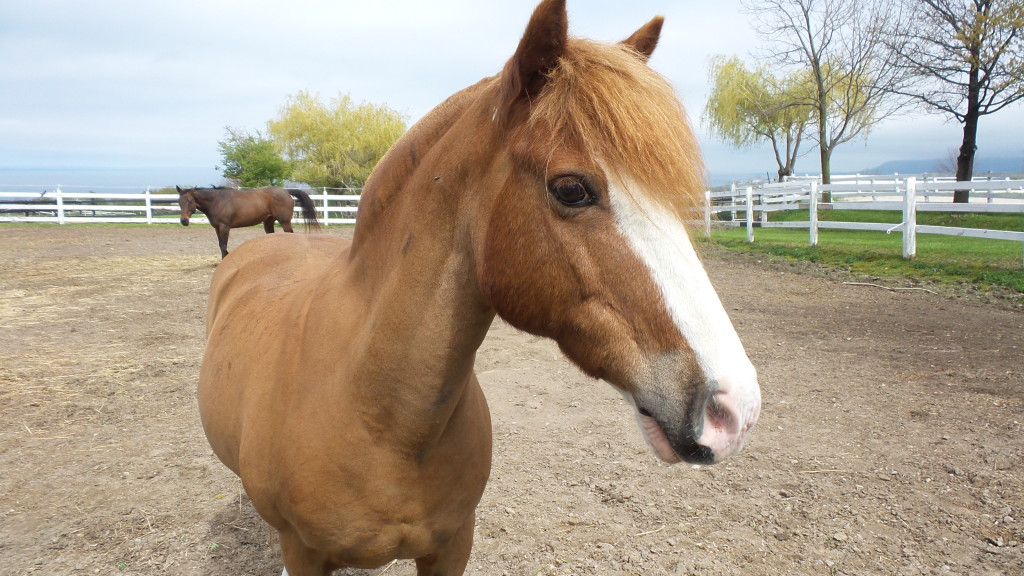 Arriving in style is an understatement when you show up in a sexy white pickup.  After missing a bit of the morning, we jumped right on board for a first class tour of the beautiful farm followed by one of the best meals I’ve ever had.  So what is Grandview Farms anyways?  Well, let me explain why it was worth what ended up being a 4 hour drive!  Grandview Farms is an organic family run farm that raises the highest quality Grass Fed Beef and Pasture Raised Pork in Canada.  Without cutting any corners, they ensure that all of their animals are pasture raised with access to planted annual crops for grazing.   They are then finished on local apples and pears in order to produce well marbled, healthy beef and pork.

“Our Grass Fed beef was named by the Book for Men, as the Best Steak in Canada. It was tested by U of T nutritionists and shown to be 300% healthier than commodity beef, with an Omega 6 to 3 ratio of 4.9:1- almost as healthy as Wild Game.”

Why Grass Fed?  Why Pasture Raised?  Well, taste has something to do with it and so does overall health, but one of the other primary concerns is the welfare of the animals.  I do know people who have decided to go completely vegetarian or vegan for ethical reasons and I truly respect them.  But as a Nutritionist, I believe in biochemical individuality.  What works for you may not work for someone else.  What works for me and my well-tuned body is to eat meat.  I was a vegetarian for 10 years and it only perpetuated my illness.  Yes, I may not have been as educated in nutrition as I am now, but I do know how I felt then and how I feel today.  I digress. 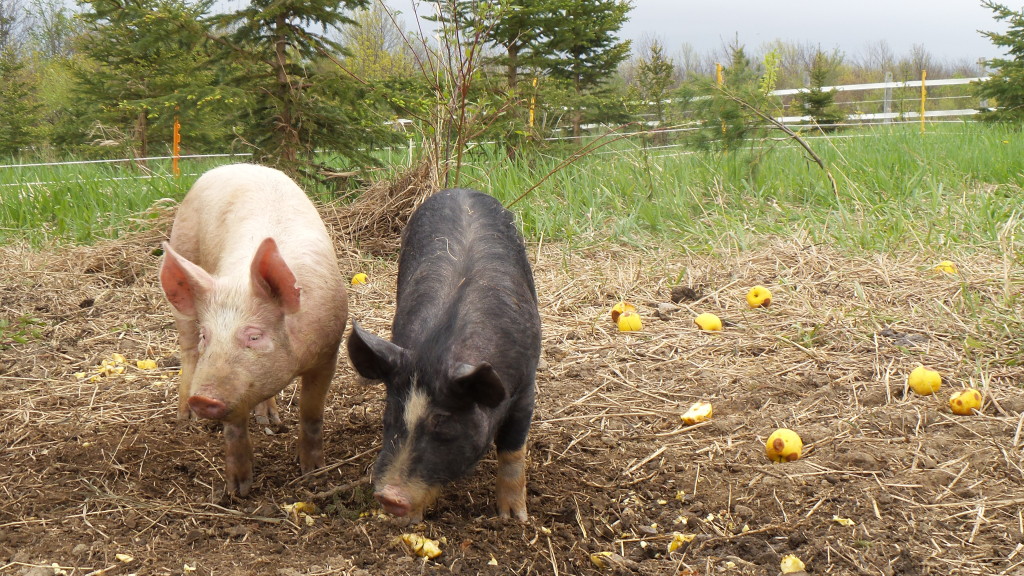 At Grandview Farms, they don’t use any hormones or antibiotics.   This is absolutely key to your health as well!  Their cattle and pigs are not confined to small spaces or force fed any grains to fatten them up like in feedlots.  They are doing everything and anything to ensure that the animals remain happy and healthy.  “We look after our animals so they are in a low stress environment, and you can taste the difference in the meat.  Stressed animals release chemicals that alter the flavour of the meat.  You’ll taste the difference of a happy cow (or pig), immediately!”

As they are situated right in the middle of apple country, local apples are used from August to October as part of the “finishing diet” as this is a healthy and sustainable way to ensure that they are well-marbled once on the plate.  “Because of the absence of starchy grains in their finishing feed, the marbling (fat) our animals have is actually healthy fat.  The ratio of Omega 6 to omega 3 in our animals is 4.9 to 1.  The Omega ratio in feedlot animals is around 15 to 1.  Our program not only produces the best tasting beef and pork you’ve every tried, but likely the healthiest.” 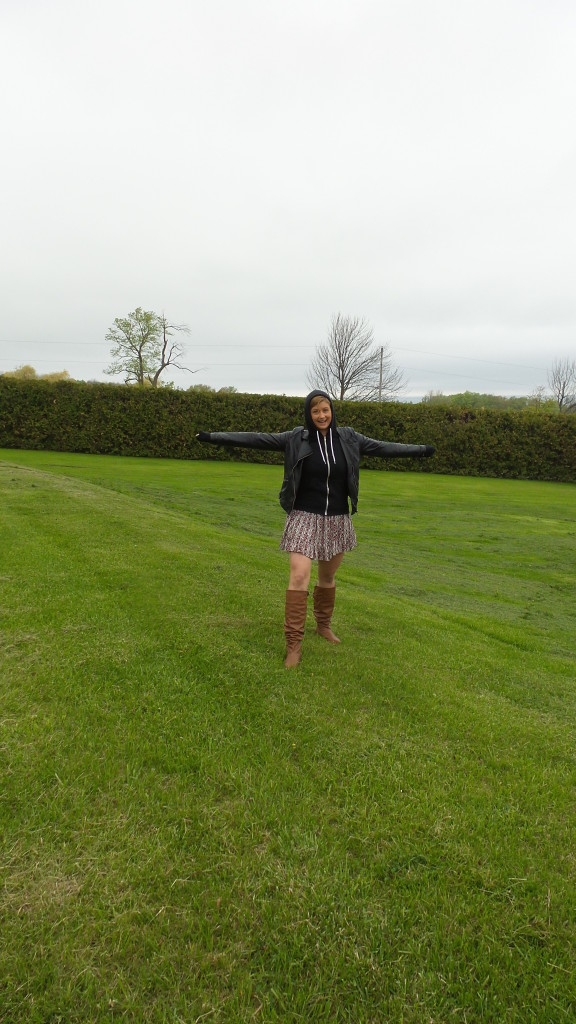 Daniel and I got to run around with the pigs and watch them enjoying themselves while grazing on the abundance of beautiful land that surrounded them.  Once we were done fawning over them, and calling them cute for an hour, I decided that it was time to do some “earthing” (yes I was the weird kid in class).  I let myself get grounded with the earth around me by whipping off the old shoes and running through the field by the stunning waterfront property of the family’s home.

After I felt more at one with the earth, we sat down for a meal to taste the meats we had learned so much about.  Like I said before, hands down one of the best meals I’ve ever had.  This family truly cares about health and sustainability because the products they’re putting out are epitomizing that in every way possible.  When we were all done for the day, once again in typical Catherine fashion, I didn’t want to leave.  But alas, my rockstar life was waiting for me at my King City gig.  So off we went in our sexy white pickup truck again while blasting that 90’s dance music and reminiscing the whole way about the wonders of our day. 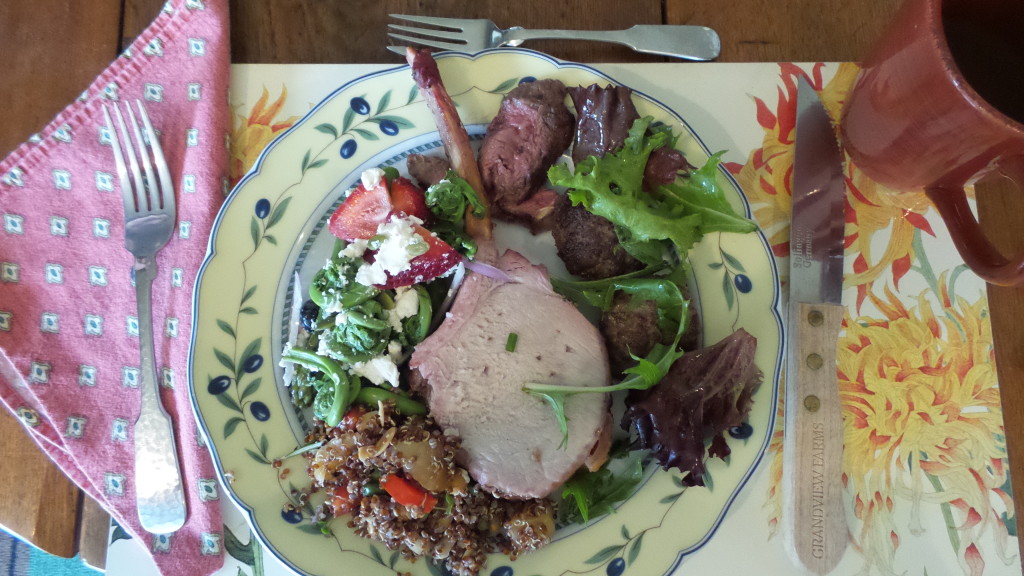 Obstacles are put in your way in order to teach you lessons about yourself.  I think what Daniel and I learned was that no matter what is thrown in our paths that we are resilient, can always remain positive no matter the situation and that we will stop at nothing to get to where we are meant to be (especially if there’s meat involved… get your mind out of the gutter).

You can find their grass fed beef in Life Choices Natural Foods Products.  Take a look at the wide range of products here: www.lifechoicesfoods.com . 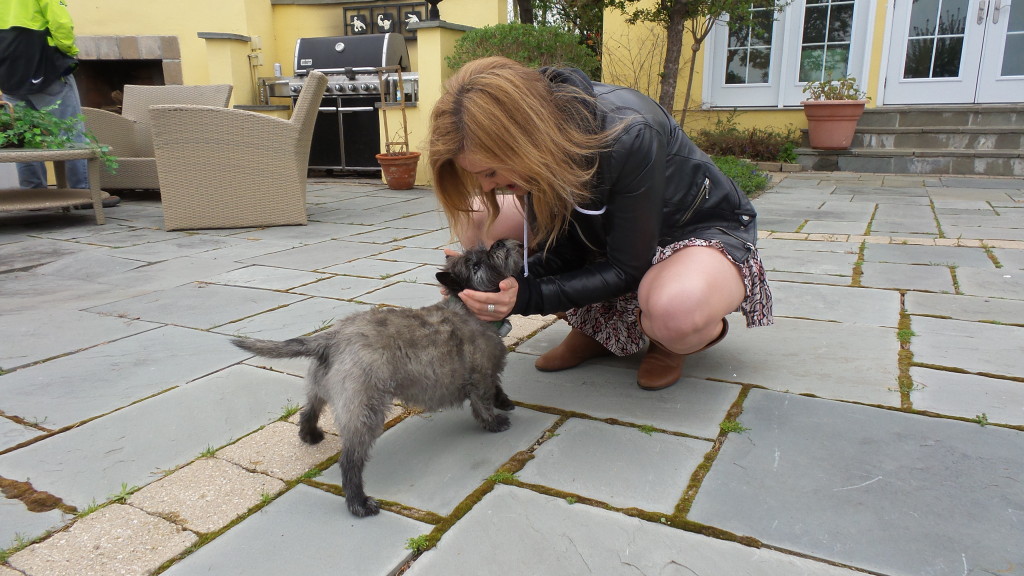