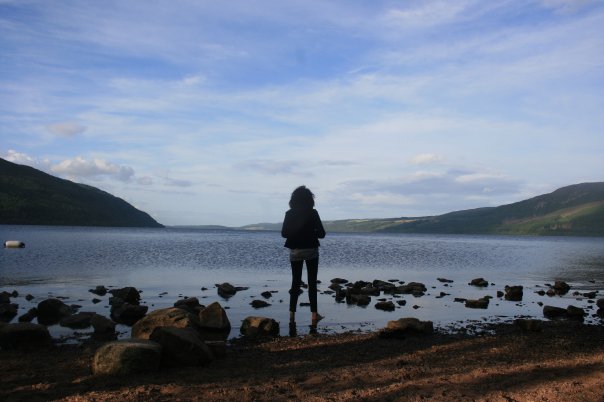 That’s my Dad. I am currently (and dangerously) cutting an apple into quarters: apple-half standing up instead of lying flat on the cutting board, fingers sprawled out instead of curved under.

He’s right; of course, my knife skills are horrendous. You can’t cut anything properly while asking it to defy gravity like that. I am tempting fate to cut off a digit or two.

Did I mention that I’m ten?

I know that he’s right. His voice echoes in my head whenever I cut something. I have heard a hundred times how to properly wield a knife, heard his horror stories and seen his kitchen war wounds: denuded fingertips and scalded feet.  Right now though I don’t care, I just want to eat this freaking apple in peace. 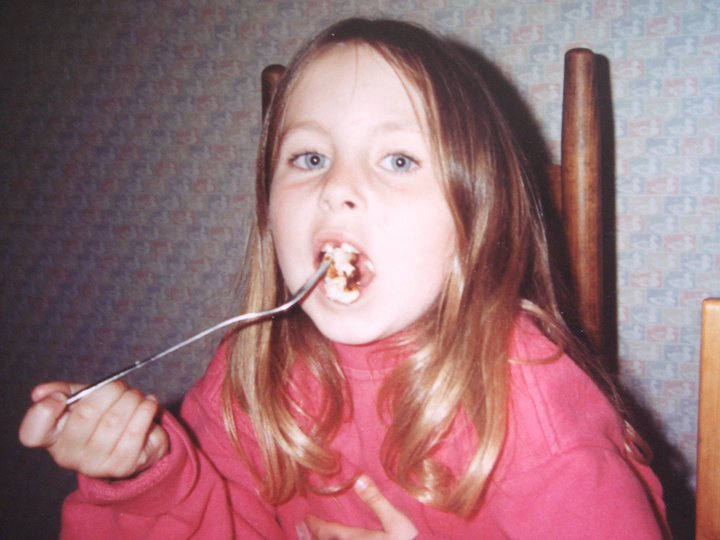 There’s an old saying that goes: “The shoemaker’s children have no shoes” which means, in my case at least, that the children of chefs don’t necessarily eat well.

Growing up as a kid, whenever my friend’s parents found out that my Father was a chef and my Mother ran a catering business they would quickly apologise for the lunch I was being given:  safety glow orange Kraft dinner, carrot sticks and ranch dressing, cold glasses of milk with maybe a gelatinous snack pack for dessert.

Little did they know that a huge portion of my diet consisted of just that. In part (to my parents defense) because I was a picky eater, but also because the shoe maker’s children have no shoes. Working on your feet for hours cooking food for other people doesn’t translate to a desire to come home and continue the momentum of elaborate meal-making. There were times when my parents would make things for us, I was not deprived of home cooked meals constantly. The Joy Of Cooking pancake recipe was such a staple in our home that I refused to eat pancake mix pancakes, claiming they tasted like the cardboard box they were sold in.

Overall I ate a lot of Loblaws rotisserie chickens, frozen three cheese pizzas and toaster strudels. I was a kid born in the late 80s, yes, but I also had parents that were tired at the end of the day, and especially tired from cooking. 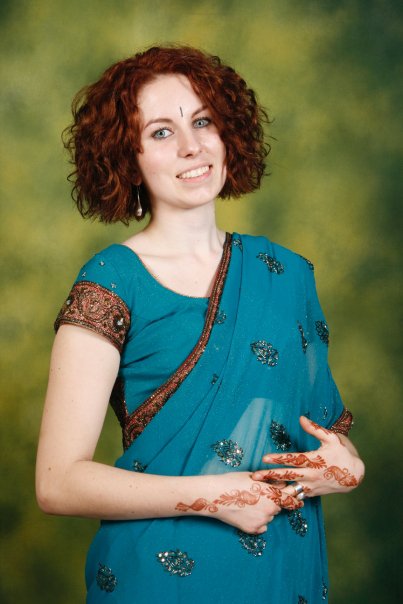 As I got older I was blessed with the gift of travel. I saw India at 17, 21 and 23. I spent time living in England, I was an au pair in France. I lived in Banff for a bit, seeing for the first time that Toronto does have a real stigma (the rumours were true!)

I went to work hungover, I got bed bugs and food poisoning. I was fired and overworked and I fell in love.  I came out the other side more humble and open minded.

I also came out the other side finally loving food.

When I moved to Banff at 19 I had to 100% feed myself. My roommates thought I was weird for sitting in the living room watching old movies with a 2L jug of milk beside me. I would eat cereal for days on end. I leaned heavily on microwave meals.

That was all well, good (and weird) until I started to miss the things I ate at home. When my parents would go all out and make beef stir fry, my great grandmother fish pie recipe, falafels!

So I called my father and he lovingly mailed to me printed recipes of all my favourites. Peanut butter cookies, chicken quesadillas, banana muffins and that beloved fish pie recipe.

My great grandmother’s fish pie recipe is anything but complicated. It’s a standard English recipe that involves fish, potatoes and a béchamel-type sauce. It’s designed to serve a crowd but I, ignorantly, didn’t adjust the recipe for one and proceeded to buy 6 lbs of potatoes, furthering my identity as the weird roommate who sat watching old movies while peeling a mountain of spuds.

All oddities (and four trays worth of fish pie) aside, something clicked inside me on my first time away from home. Cooking was a creative outlet like fashion and photography had been before; but with cooking I could impress dates, enrich my time in new places and challenge myself.

In France I cooked dinner with my host Mom every night; falling in love with Ratatouille, Quiche, Quenelle Lyonnaise and the deliciously yeasted Tarte au Sucre. I also ate horse, pigeon, frog’s legs and snails, delighting in all the weird and wonderful dishes that the French take so much pride in. 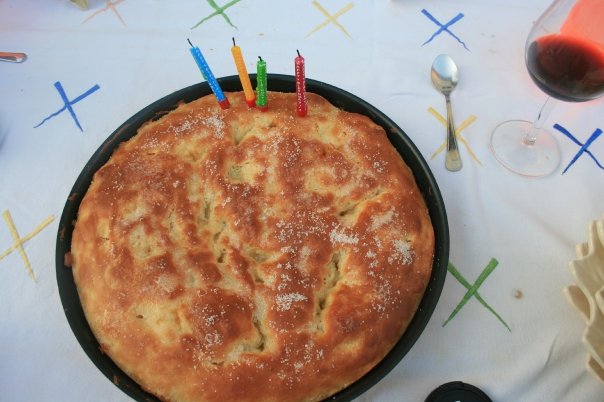 In England I learned how to make Yorkshire puddings. I discovered Pimms, elderflower cordial, lemon curd and earl grey tea. I got a job as a hostel receptionist, meeting people from all over Europe. There I learned about quinoa, Spanish omelette, and the beauty of fried carrots with couscous. I learned that a lot of Scandinavians really did eat fish as much as they say, and that Spanish guests would adorably travel with olive oil brought from home.

India was the Country that impressed me the most. From tiny two burner camping stoves women would make eight dishes, each one requiring different spices and vegetables and all served piping hot. I learned that it is totally normal, even encouraged, to drink six to eight glasses of sugary sweet tea a day, and that no true vegetable dish from Punjab is ever complete without yoghurt.
I ate chop sui on a bench in Calcutta, cooked for me by a shirtless man in front of a doorway and scooped blended goat brain with paratha off a plastic plate atop a car in Mumbai. I fell in love with eggplant, peas, cauliflower, kidney beans and okra. If you ever have the chance to visit India, I suggest you go and go hungry. 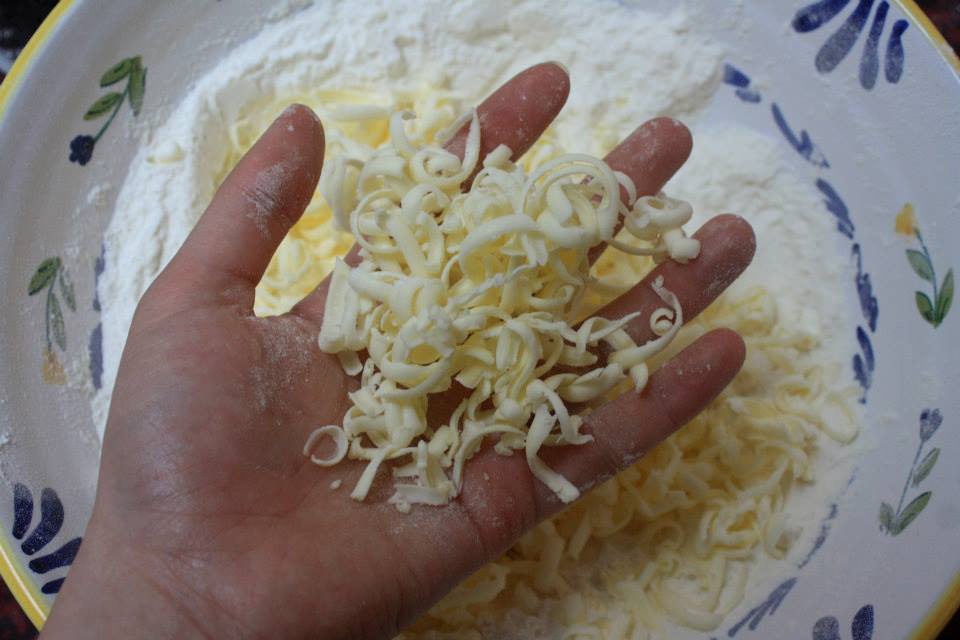 When I moved back to Canada my travels and time spent fending for myself left me with a life-long love affair with food. I take pride in being able to cook for others and now love to host dinner parties. There is something therapeutic about time + your hands + ingredients and turning that into something that nourishes others. Cooking gives you the ability to concoct and play and learn. I have made deeper friendships based on my love of food, and been able to help others when they are sick or unwell.

So, yes, my knife skills are still iffy, but now I am proud to cut myself in the process.

Make sure to follow along on my culinary adventures around the world by following my Instagram Account. See something you’d like me to cook or write about? Tag me! I can’t wait for you to join in on the #DoTheDaniel adventures.

Previous post:
#TIFF15 | Post Screening Event for “Eye in The Sky” Co-Presented by Audi Next Post:
Travel & Lifestyle | We visit Shangri-La Hotel, At The Shard, London